The insert, which gives a little history of the bag (so I don't have to!): 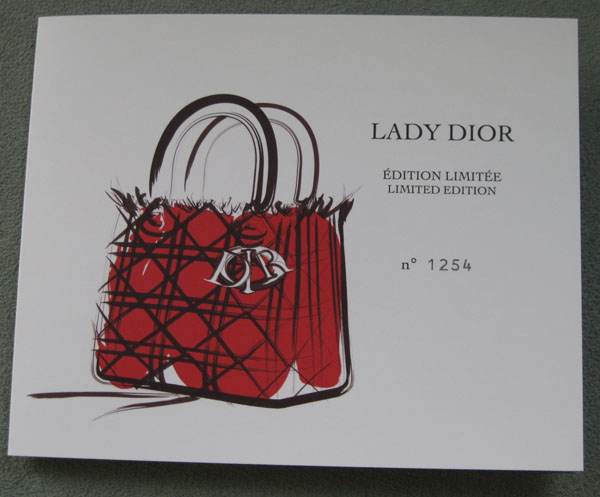 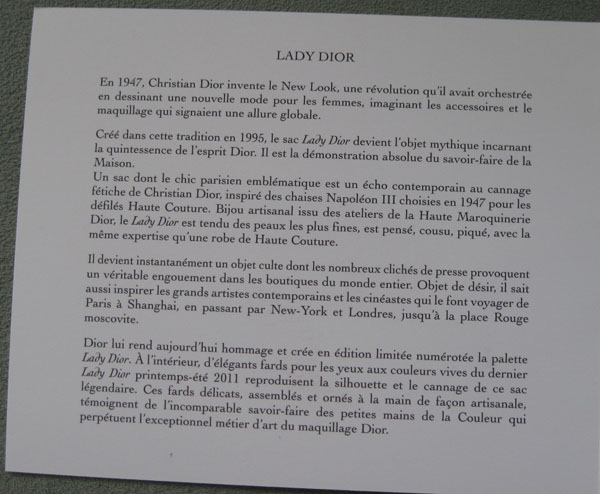 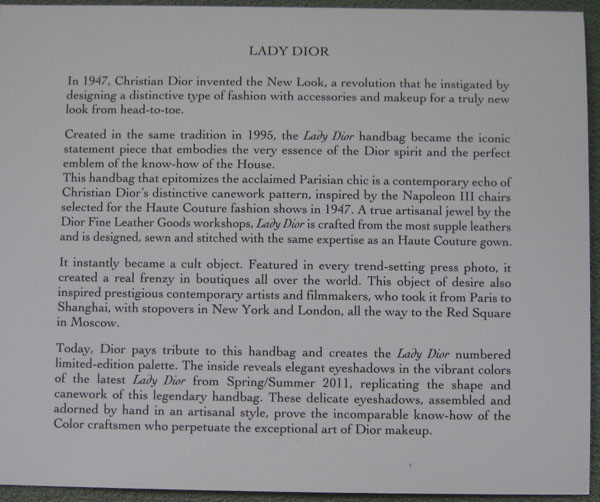 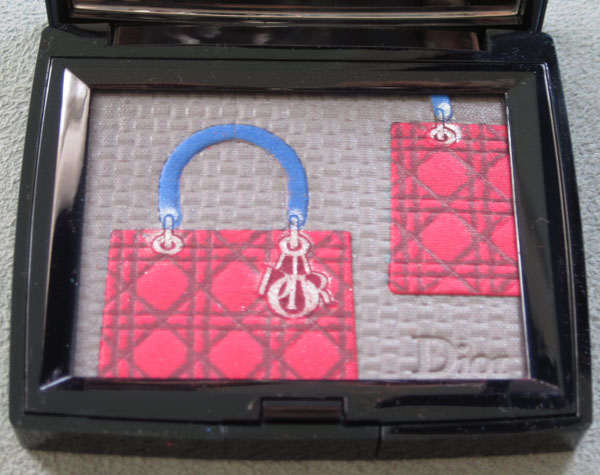 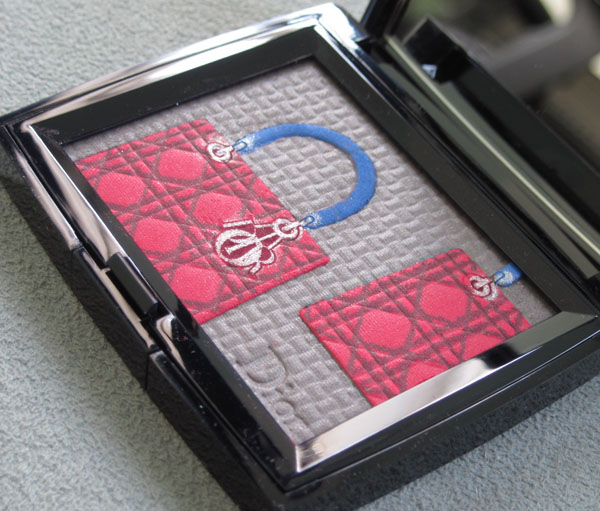 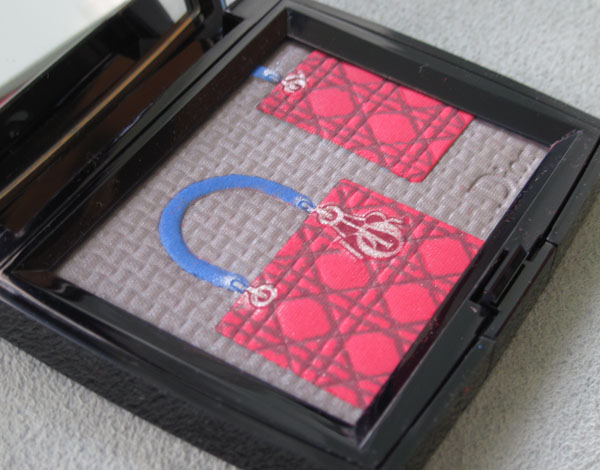 I especially love the Dior charm detail on the bag handle: 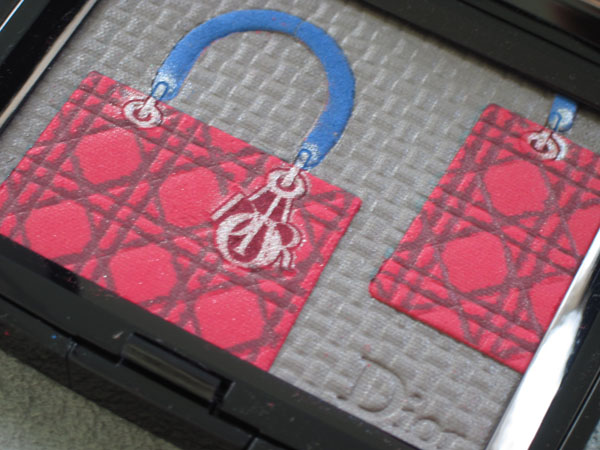 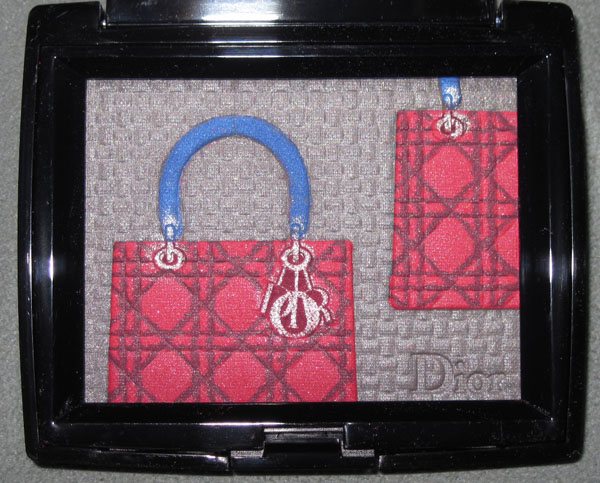 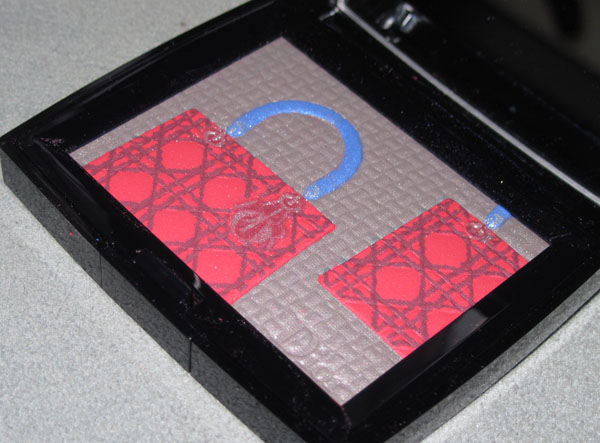 I thought it would be worth noting that the bag in the palette is modeled after a real-life tweed and crocodile Dior bag which made its debut in the spring/summer 2011 collection: 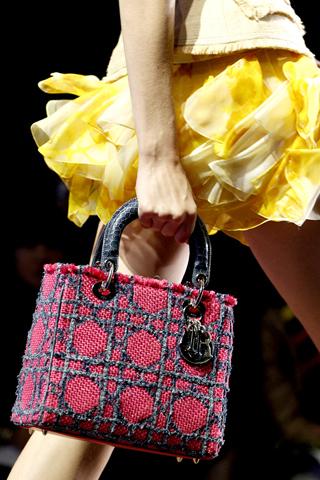 I like that Dior contained the history of the palette in the insert but that the actual bag featured is a recent version - it's old meets new.  I also think they got it "right" this time.  Previously Dior had released another makeup palette inspired by the Lady Dior bag, but in my opinion, it was pretty tacky and uninteresting - an ugly black metal compact key chain thing with lip gloss inside.  At the time it was released I didn't think it was that bad, but after looking at this new Lady Dior palette, it seems amateur! 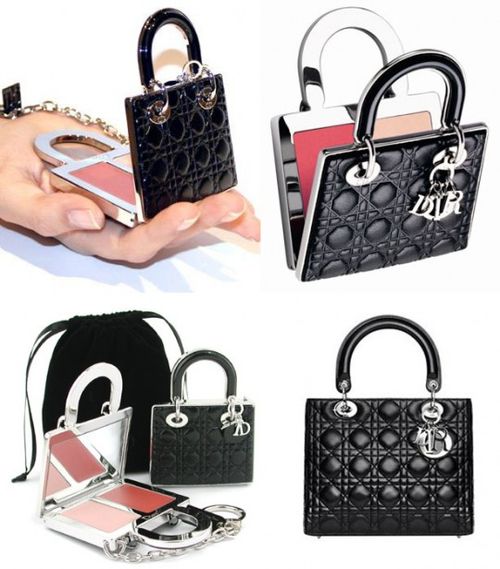 The new Lady Dior palette really ups the ante and is so much more refined, no?

Stay tuned for more Dior fun with the Mitzah palette.  :)