Lip Sheers:  Overall, the Lip Sheers were aptly named as they all provide a very light wash of color on the lips.  Depending on your lip pigmentation certain shades may not show up on you.  Having said that, the colors were really gorgeous and I hope these get re-released at some point, as I managed to break my tube of Pink Dune and it's nearly unwearable right now.

Sweet Spot:  This is a bright peachy-pink coral.  I like it but I don't love it, as I feel like I've seen similar colors, and I think the shade might work better in a gloss formula.  Still, it's very summery and pretty.

In the Buff:  I was expecting something a little browner and was afraid this wouldn't work on my coloring, but was pleasantly surprised at this light golden beige shade.  It's got enough shimmer that I can wear it with a wash of gold or tan eye shadow and a touch of bronzer and not look dull and tired, but it's sheer enough that I can also wear it with a smoky eye (love it with teal and bronze especially).

Pink Dune:  This was easily my favorite of the three lip sheers I purchased in the spring of 2014.  It provides a light wash of shimmery golden pink that's neither too warm or too cool.  This is basically my go-to spring lip color besides Bobbi Brown Pink Gold, which is a tiny bit more pigmented and the gold is more noticeable.  In terms of that other famous pink-gold shade we all know and love (NARS Orgasm), I found Pink Dune to be a little more subtle and just a touch more neutral, less of a cool pink.  Scroll down to see comparison swatches.

Left to right:  Sweet Spot, In the Buff and Pink Dune: 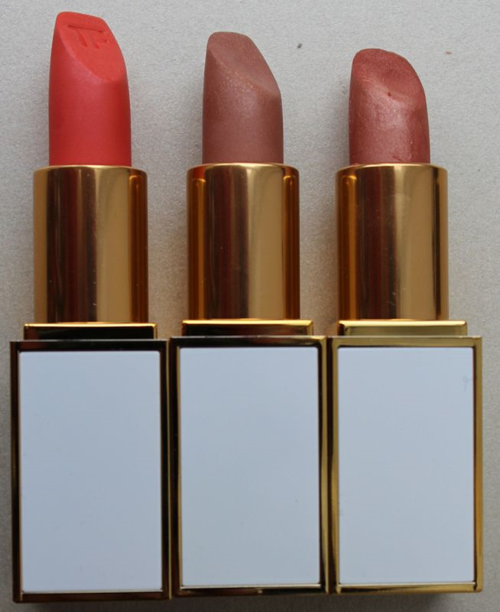 Lips & Boys:  The Lips & Boys collection was released for the holiday 2014 season and consisted of 50 (!) mini lipsticks all named after the men that Mr. Ford was influenced by. 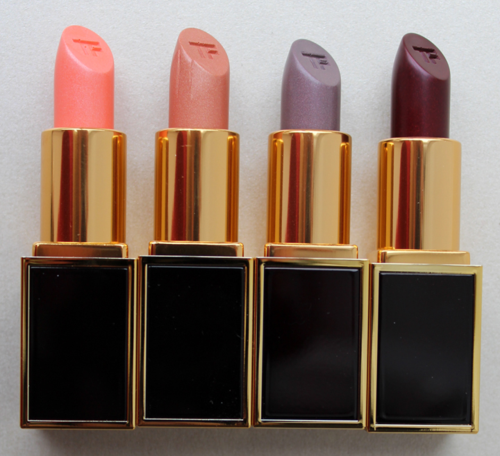 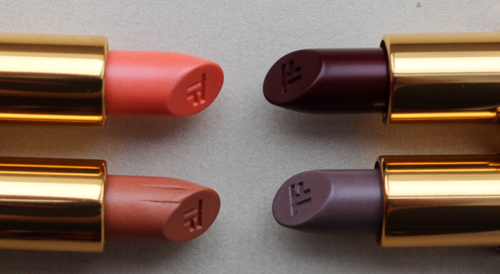 Wes:  This is a very pretty deep purpley plum that's not too dark against my pale skin.  I was really surprised at the staying power too, as it didn't budge for a good six hours yet didn't feel dry, and there was no feathering or bleeding to speak of.  Now I'm sorry I didn't pick up some of the other dark shades!

William:  I had heard that William was nearly identical to Pink Dune, which I love, so naturally I pounced on it.  In the tube they don't appear that different, but when swatched you can see that William is a tad warmer and peachier than Pink Dune.  As for the actual color, it's super pretty and it will be in regular rotation in the spring. 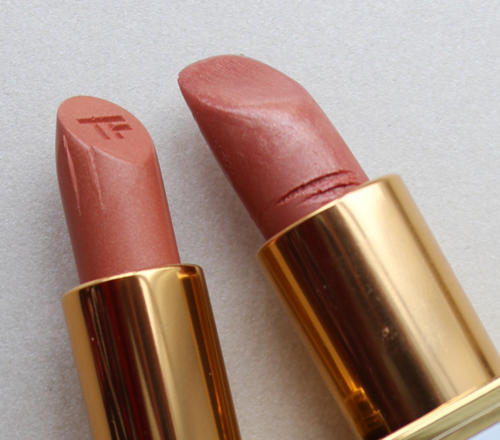 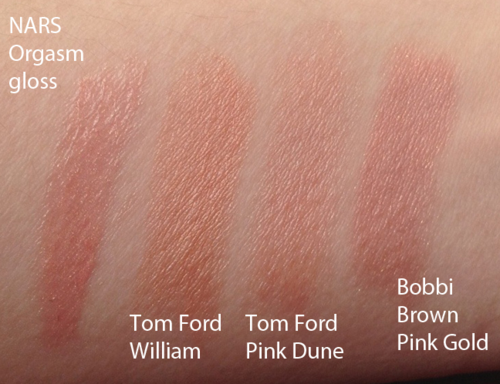 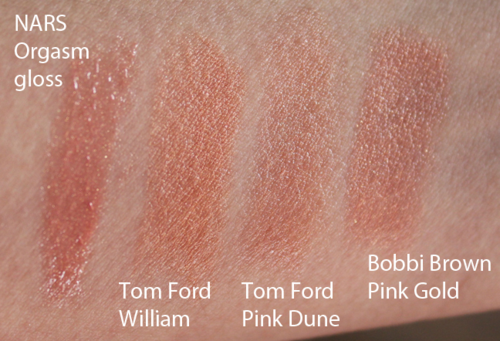