- I was truly honored and overjoyed to be interviewed by the great Arabelle Sicardi for an article on makeup and beauty packaging over at SSENSE magazine.

- Congratulations are in order for the wonderful Black Beauty Archives, who was featured in Oprah Daily, CNN and The Hollywood Reporter.

- More on what the beauty industry can do to combat anti-Asian racism.

- If this article at i-D is to be believed, I can't wait to see Y2K nostalgia, facial embellishments and brightly colored mascaras trending in 2022.

- In makeup executives behaving badly, Estée Lauder forced out Executive Group President John Demsey after he posted a racist meme on Instagram, and the founder of Anastasia Beverly Hills was outed as following right-wing extremists on social media.

- Another piece of makeup history I worked on in the past month was finding specific information on Keystone Laboratories, the Memphis company that manufactured the La Jac and Hi-Hat lines. The company was founded in either 1923 or 1925 by Morris Shapiro and chemist Joseph Menke. Like the Chicago-based Valmor Products, Keystone was white-owned and sold beauty goods alongside spiritual products to Black customers. Due to segregation they had to rely on direct sales agents rather than selling in stores and at the company’s height, they employed 4,000 salespeople nationwide. The two things I’m most interested in are that: 1. Keystone allegedly had a Black chemist on staff by the name of Jackson Green. I was very intrigued by this claim, because if it's true, he would have certainly been one of the first Black cosmetic chemists; and 2. Keystone also hired "professional artists" to create their packaging and I was really hoping to suss out their names so that they are acknowledged (like Charles Dawson). I chased quite a few leads to find info on Green, access Keystone’s archives or get in touch with the founder's granddaughter, but they all were dead ends. If anyone knows this information or where else I can look please let me know! 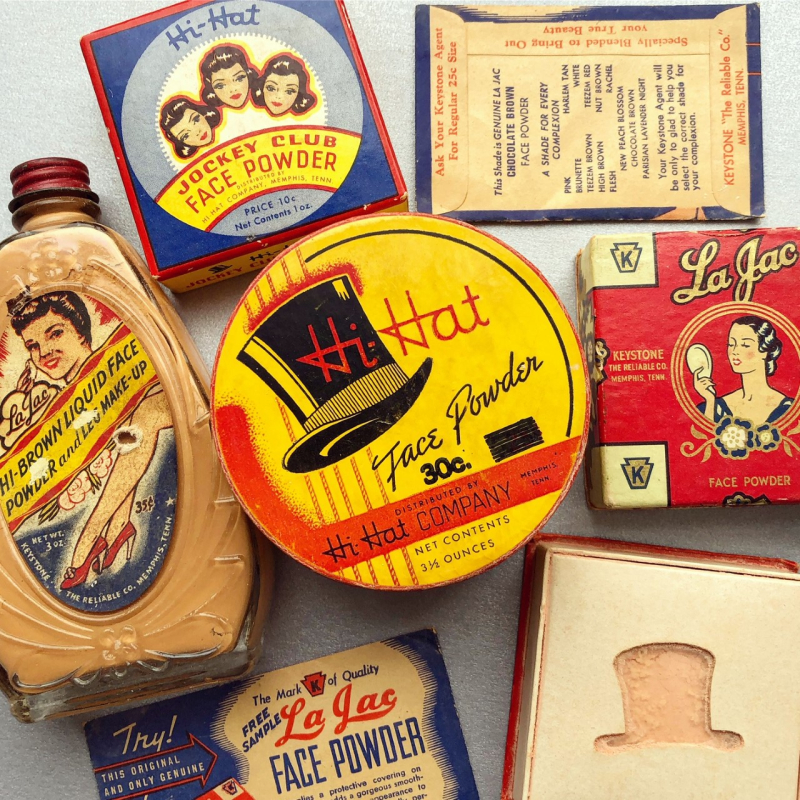 - In '90s nostalgia, Wayne's World celebrated its 30th anniversary and a documentary about TV psychic Miss Cleo is on the way.

- I always say adults can have plushies, but Build-A-Bear's "After Dark" line is not what I mean.

- Prepping for the Museum's Egyptian exhibition, so I found this article on the history of the famous Nefertiti bust to be particularly engrossing.