Wow, I'm just a little bit late on a round-up of links from the summer months. But, as I always say, it's my blog and I do as I please. :) Enjoy!

- I was very pleasantly surprised to see the Museum's feature on knee makeup mentioned in this article. Also very happy to see this podcast interview with the wonderful World Wide Aura.

- As with malls, it seems as though department store beauty counters are sadly going extinct. But there's still hope for in-person beauty shopping through partnerships with other stores, i.e. Ulta and Target and Sephora and Kohl's. Still, I'm puzzled by the latter as Sephora previously had a presence in J.C. Penney.

- Speaking of Sephora, it seems they are actually putting their money where their mouth is in terms of fulfilling the DEI pledges they made last year, particularly with respect to Black customers and Black-owned brands. I'm still wary, however.

- Sometimes I think, "the kids are all right". Then I see stories like this and wonder what the hell is wrong with the youth of today. Skincare is BORING, Gen Z'ers! Now if you'll excuse me, I'm going fetch my cane and yell at some kids to get off my lawn.

- Also, young'uns, don't be taken in by the genius of clean beauty marketing.

- I bet you're just dying to hear about the go-to products used by a mortuary makeup artist. (I'll be here all day, folks.)

- I always despise saying goodbye to summer, so here's a fond look back at some highlights from 10 years ago. How time flies! 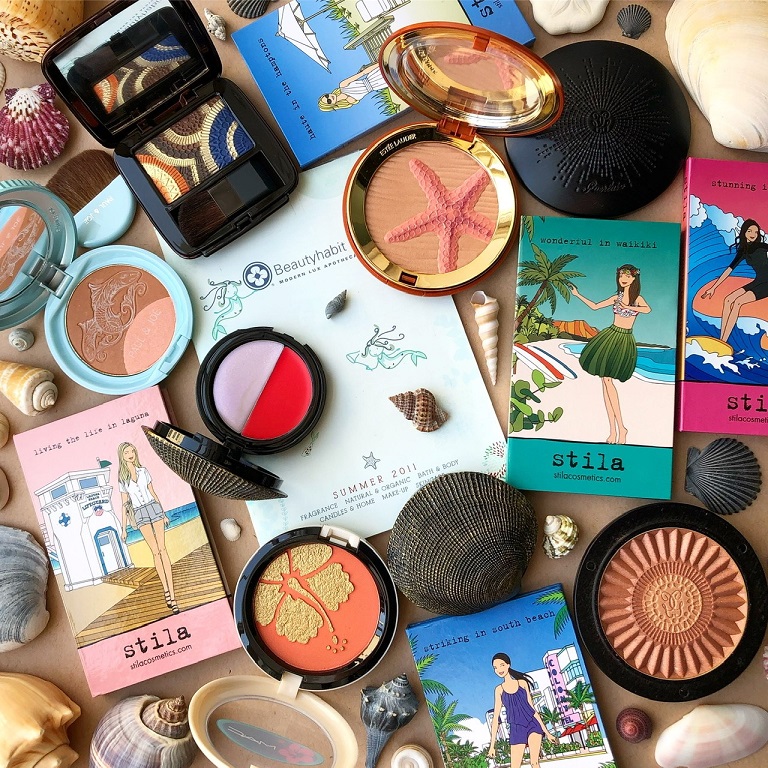 - Even if you're not into Bob Ross, the documentary about him is a must-watch.

- A new meme museum has opened in Hong Kong. Of course, despite what the press says, it is not the first; Chicago beat them to it last year. Side note: I'd love to know why people are so eager to claim to be first at any given endeavor.

- In '90s nostalgia, the baby from the iconic cover of Nirvana's Nevermind album is suing on sexual exploitation charges; a gender-swapped remake of 1999's She's All That has arrived, and I really wish Vice would call me to be on their Dark Side of the '90s series - you know I can talk about makeup from that decade for days.

- Finally, I had some good eats this summer (that were definitely not this new mac and cheese ice cream...that sounds barf-tastic). I made my annual peach pie and the plushies said it was the best one I had ever made. I am very bad at taking food photos but it really was delish! 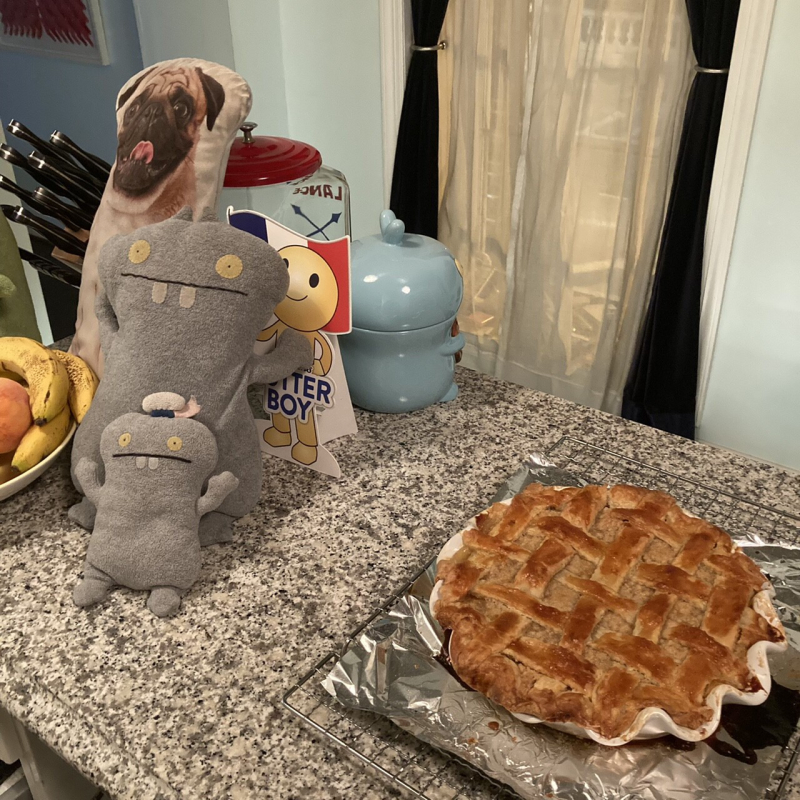 We also invested in some great kitchen tools. Well, not tools so much as novelty snack servers. 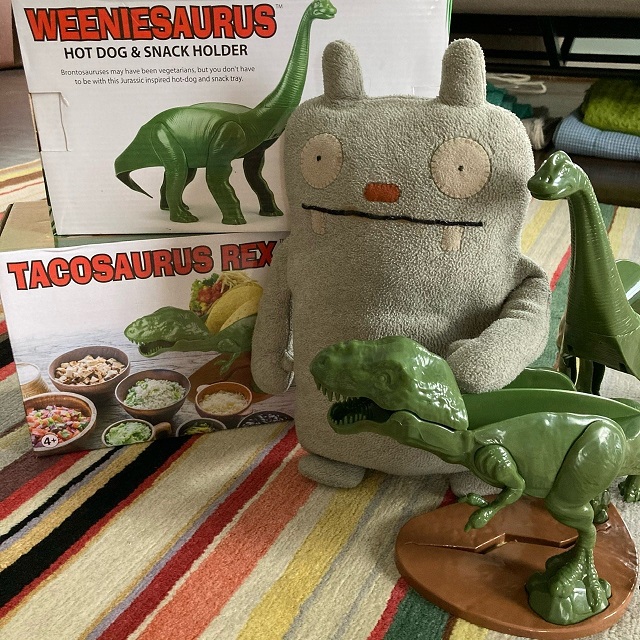 The plushies have named them Bill and Ted. Ted is the T. rex, obvs. 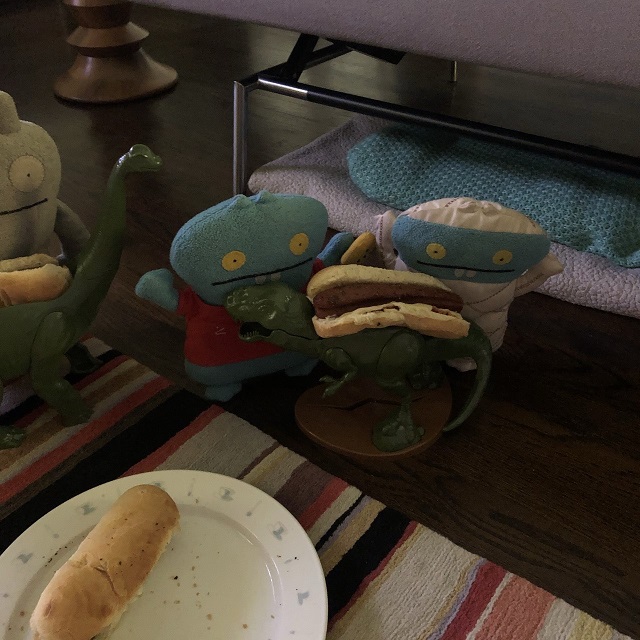 How was the rest of your summer?  Name one thing you bought or did to treat yourself!