A few months ago I was perusing an auction site and came across this interesting-looking makeup case.  As it turns out, it belonged to Hanna Rovina (1888-1980), a.k.a. the "first lady of Israeli theatre". 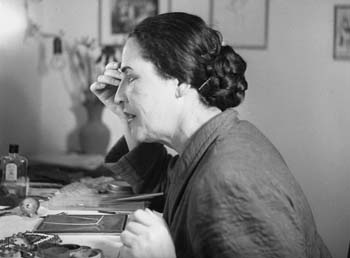 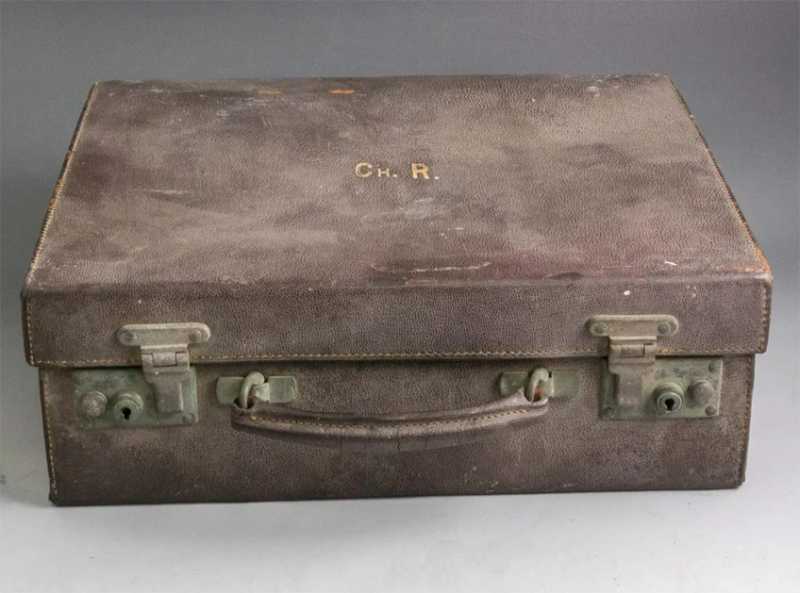 (image from liveauctioneers.com)
Originally a kindergarten teacher, in 1917 Rovina left her teaching job to pursue acting, becoming a founding member of a Hebrew theater group in Moscow that later became Habimah, the national theatre of Israel and the first professional Hebrew theater in the world. She became a leading actress after her breakout role as Leah in An-ski’s The Dybbuk in 1922. Rovina was soon renowned in the international theater community due to impressive performances that ranged from Hebrew productions to Shakespeare and classical plays across Europe and the U.S. Her stage makeup was fittingly dramatic, keeping with the style of the time. Historian Raphael Patai describes the "masklike" look Rovina used for the role of Leah in the 1920s. "Her face was powdered or painted chalk white, her black wig hugged her head and face, her eyes were framed with thin black lines, and the areas between her eyes and her thinly penciled-in black eyebrows, and even more so between the eyes and the ridge of her nose, were painted almost black...the only color livening up this somber black-and-white appearance was her mouth, painted blood-red in the form of a narrow double bow that is familiar to those who still remember the heroines of the early silent Hollywood films." 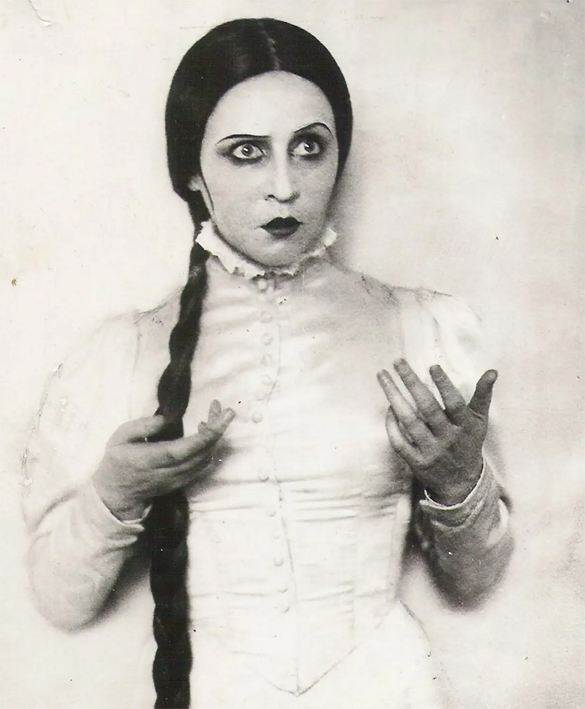 (image from haaretz.com)
Her theatrical cosmetic style changed slightly from role to role, as seen in this 1955 photo of Rovina portraying Medea. 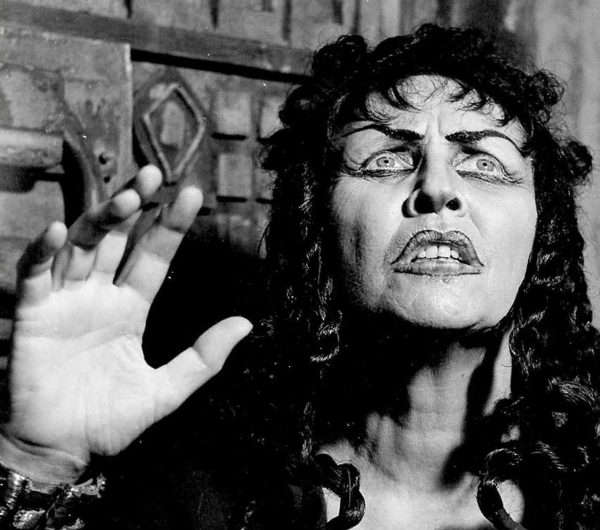 Love this shot of her dressing table, probably taken in the 1960s. There's a red jar on the far right that looks like it could be Leichner, but that seems unlikely. Beyond that, embarrassingly, I can't make out any of the items. 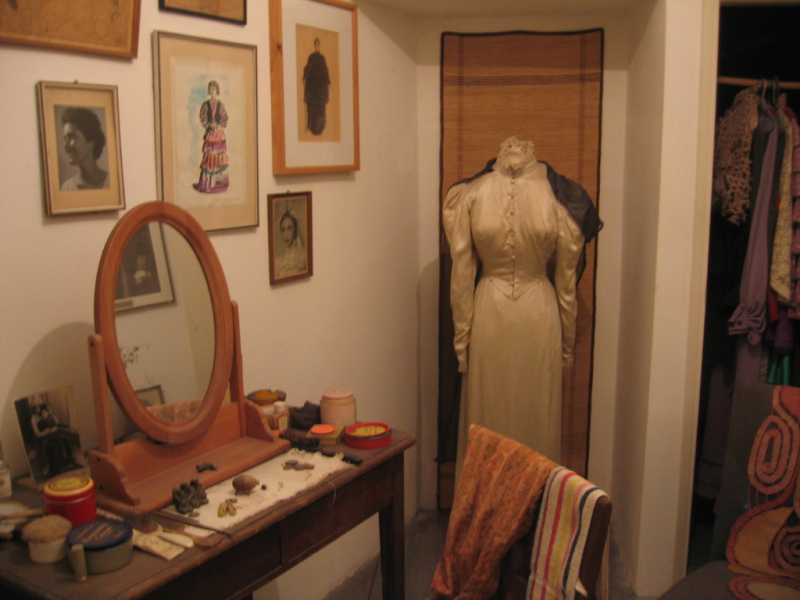 (image from wikipedia.org)
So why am I posting about Rovina and her makeup case today? Well, on this day in 1956, Rovina was awarded the prestigious Israel Prize for her contributions to Israeli theatre. As for the makeup case, judging from Rovina's dramatic stage looks and her dressing table, I can only imagine what treasures it holds! Too bad the keys to the locks are missing. But despite bidders not being able to see the contents - or even IF there was anything inside - the case sold at auction for $750, far exceeding the original sale estimate of $150-$200. I can only hope whoever the new owner is figures out a way to open it and publicly share what's in there, even if it turns out to be empty. 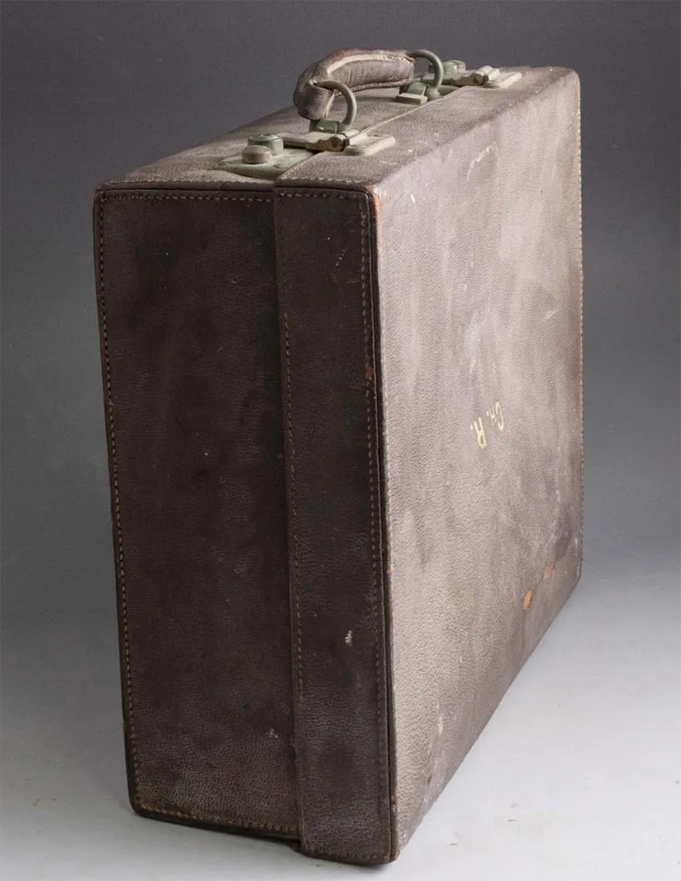 Had you ever heard of Hannah Rovina? What are your best guesses as to what's inside her makeup case? And if anyone can identify the items on her dressing table I'd love to know!