Links for one of the most miserable months of the year. Good riddance, January!

- Sephora unveiled an action plan to eliminate racial bias in their stores.  Let's hope they keep the public informed on their progress.  Ditto for L'oreal's new partnership with the NAACP and a ban on animal testing in the EU.

- In accessibility news, here are some new makeup brushes designed for people with vision and motor impairments.

- You know I'm obsessed with vintage makeup ads and can spend hours dissecting the harmful messages they embodied, so I'm loving these reimagined ones featuring diverse models.

- Refinery29 had an interesting piece on the meaning of tacky makeup for fat women.

- The future is here: more developments are on the horizon for AI and AR in beauty.

- Not sure how I feel about my favorite magazine opening a store in NY.  Guess I'll have to check it out and see if/when the pandemic ever ends.

- Undereye circles, both exaggerated versions of natural circles and wildly colorful ones, are making the rounds on TikTok.   (BTW, the Museum has a Tiktok account but no clue what to post...I'm open to suggestions.) Not all are enthusiastic about the trend, however.

- You knew "regencycore" makeup only a matter of time thanks to Bridgerton.

- Vogue has an ode to a '90s cosmetics staple. Can you believe I didn't own a Caboodles?  If I recall correctly it's because even when I was a teenager I hoarded collected makeup and I knew it wouldn't all fit.

- It was Christian Dior's birthday on January 21, so to celebrate I took a picture of nearly all the Museum's 5-Couleurs eyeshadow palettes.  Of course I managed to forget one.  Oh well. They still look pretty. :) 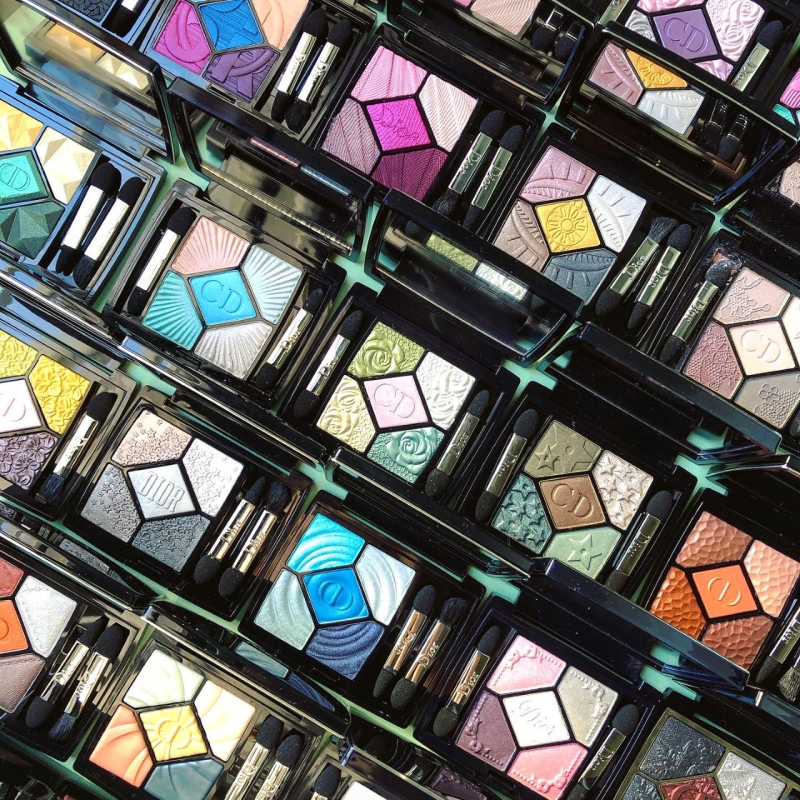 - In '90s nostalgia, Silence of the Lambs turned 30, and for some reason one hit wonders New Radicals performed, well, their one hit at the inauguration.

- Museums' new purposes apparently include serving as vaccination centers and sites for Bernie memes (yes, I had to mention the memes a second time.)  Still, I'd take those over "for-profit experiential art centers", which in my opinion are not actually museums.

- Who came up with this monstrosity?  I love candy and I love Kraft Mac 'n' Cheese, but the two together sound positively putrid.

- At least this made me laugh. The resemblance is uncanny!