Makeup Museum (MM) Musings is a series that examines a broad range of museum topics as they relate to the preservation, research and exhibition of cosmetics, along with my vision for a physical Makeup Museum. These posts help me think through how I'd run things if the Museum occupied a physical public space, as well as examine the ways it's currently functioning. I also hope that these posts make everyone see that just because the Makeup Museum does not have a physical space or official nonprofit designation, it is as valid as other museums, and more legitimate than many other profit-driven entities calling themselves "museums". 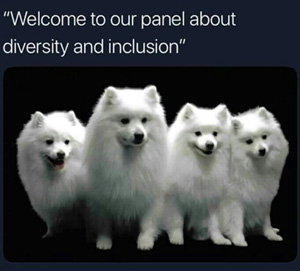 Let me just say up front that the timing of this post has nothing to do with the Capitol insurrection that took place a few weeks ago, or the fact that Black History Month starts in two days.  This is something that's been in the works for over a year, as it's extremely important to the Museum's mission and to me personally.  After giving myself a crash course in diversity and inclusion, I feel as though I'm finally ready to write something a little more in-depth than the thoughts I jotted down back in June 2020.  One of the Museum's primary goals is to present makeup and its history differently than what currently exists, and a big part of that is sharing previously undiscovered or underrepresented stories.  So many of them concern BIPOC and LGBTQ+ histories, and it's important to tell them not just for diversity's sake but for history more generally.

This post will not go into detail regarding the obvious facts that 1. Despite good intentions, all museums are rooted in colonialism; 2. U.S. museums have a critical diversity problem; and 3.  Diverse and inclusive museums are better in every way than non-inclusive spaces.  Instead, it seeks to answer the following question:  How can the Makeup Museum, in its current state, be as diverse and inclusive as possible?  I don't have all the answers, but MM Musings are an exercise to think through the heavier issues and ponder how the Museum can be better - more of a journey than an endpoint. To help guide this installment of MM Musings I relied on these two books, along with the anti-racism books I purchased last year. I also looked at all the articles and other resources I could access for free online. 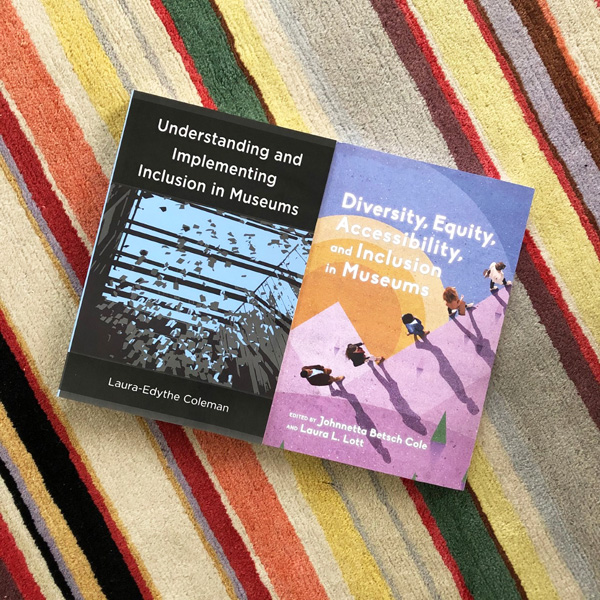 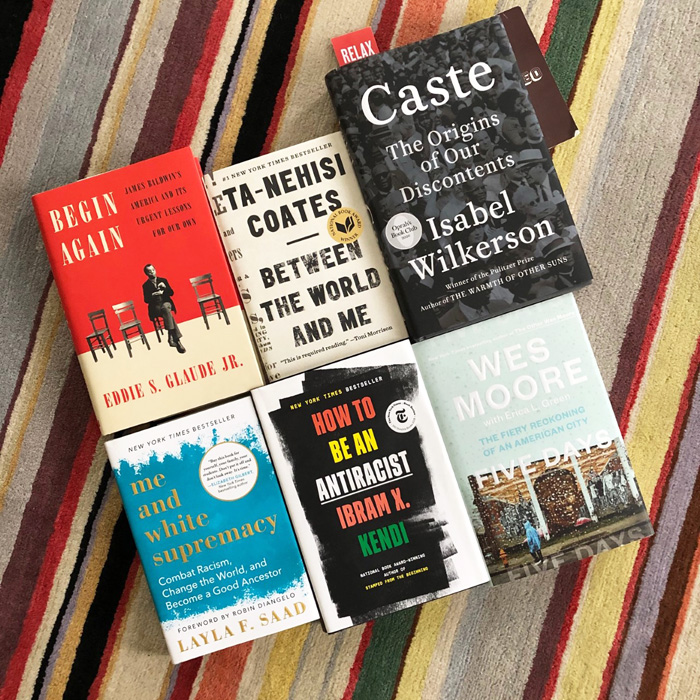 As I noted previously, there are unique challenges for a cosmetics museum to become a diverse and inclusive space.  But that doesn't mean there's not room for improvement.  If the Museum occupied a physical space and had paid employees (well-paid and with full benefits, of course, and while I hope they would not have a need for a union, they would absolutely be encouraged to form one if they want), it would no doubt have a diverse board and staff at all levels that would be treated as integral to the organization and not tokens, along with the other essentials such as diversity training for docents and consultants to continually evaluate the Museum's efforts and provide recommendations.  In its current form, however, the primary focus in terms of diversity and inclusion is on the Museum's content and collection.  Since there are no blueprints as to how to run an online cosmetics museum/blog whose existence and finances depend entirely on one person who is also not technically a museum professional, it's tricky to come up with a concrete plan of action for diversity and inclusion. But here's a start.

Collecting Chinese, Japanese and Korean brands are not an issue, nor are ones founded or owned by LGBTQ+ people - there are plenty of those as well as artist/fashion collaborations - but Latinx and Indigenous brands and collabs remain somewhat elusive.  I can write about my beloved Pai Pai but they no longer ship to the U.S., and I know of only a handful of other Latinx or Indigenous-owned brands.  Contemporary Black-owned brands are easier to find than ever now so I will continue purchasing more from them, but it's still difficult to find many vintage pieces simply because there were so few compared to the big mainstream brands, none of which catered to BIPOC's needs until the 1960s or so (and even then their efforts continued to miss the mark.)  I will continue to keep my eyes peeled and buy from BIPOC and LGBTQ+ brands as much as possible.

Identify fees for guest writers, curators and consultants and see if they are feasible without drastically cutting the budget for new acquisitions.

Like most of the initiatives I would love to pursue such as overhauling the website ($10-20k),  purchasing archival storage containers ($1-2k), establishing a nonprofit (about $2-4k), getting a degree in museum or curatorial studies ($50k minimum) and purchasing and maintaining proper collections management software ($2k per year), I fear I would never be able to afford to hire professionals to work on the Museum with me even if I never bought another object, but it can't hurt to at least ask what their fees are.  And who knows, perhaps I could even work out a plan whereby payments are due in installments rather than the full sum up front.

Since its inception the Museum has operated in a mostly isolated environment. I'm not only a hardcore introvert and lifelong loner, but I always wanted to have my own space, something that I had full control over and without the involvement of anyone else.  And that impulse is still quite strong.  But I've also always wanted to educate, and though I'm not comfortable with it, being a resource means inviting people to help create it: by the public, for the public.  Community for the Museum largely means either makeup aficionados/professionals or the local geographic area.  I've always asked blog visitors to respond to my posts, and starting with the Stila girls exhibition in 2019, I began asking visitors to submit memories, photos or anything else they'd like to share to be incorporated into the exhibition.  Lately I started investigating how the Museum might be able to collaborate with local museums, schools and historical centers - obviously I've considered pitching a pop-up exhibition at their spaces for over a decade now, but I realized I have to be more mindful of the approach. There's no way an organization is going to agree to host or be involved with an outside museum offering a pop-up exhibition if it has nothing to do with their mission or at least their collections.  The goal, it seems, is to match interests.  For example, the Maryland Center for History and Culture would be more interested in an exhibition on a history of Baltimore beauty parlors than, say, a display of rose-themed makeup, because their mission and collection have nothing to do with botany or natural history but is focused on the state of MD.  I think there are ways in which the Museum can engage with both the makeup and local communities, and become more diverse and inclusive in doing so.

To keep any organization accountable in their diversity and inclusion efforts, it's necessary to track measurable outcomes of said efforts.  Museums and Race's report card gave me the idea to develop one for the Museum based on the steps listed above.  It would be updated annually each January and indicate the progress or maintenance of goals, which are as follows:

I think this sort of report card is more valuable than some bland diversity statement.  Most of the statements I found lacked substance - they were just a bunch of jargon with no actionable steps outlined.

The Museum's diversity efforts are ongoing, of course. And I plan on tackling the related topics of social change and accessibility as future installments of MM Musings. But this is a beginning of a shift towards meaningful action.  Thoughts?  I'm off to create a report card for 2020 so I will have something to compare 2021 to.