I was hoping to do a history of Day of the Dead makeup in addition to Curator's Corner, but as usual I wanted to tackle a very in-depth topic that I lacked the time to cover, so here are some links instead.

- Just gonna toot my own horn, again - I was interviewed for not one but two publications, both of which happened to be in German. I hope nothing was lost in translation!  Here's a link to an article on medieval makeup in the Swiss edition of Fokus magazine, and photos are below for the October 2020 issue of Madame magazine.  The journalist never made good on her promise to send a copy (as a matter of fact, never followed up at all) and it's not available online, so I had to enlist the help of a very kind Instagram follower in Germany to send it to me. 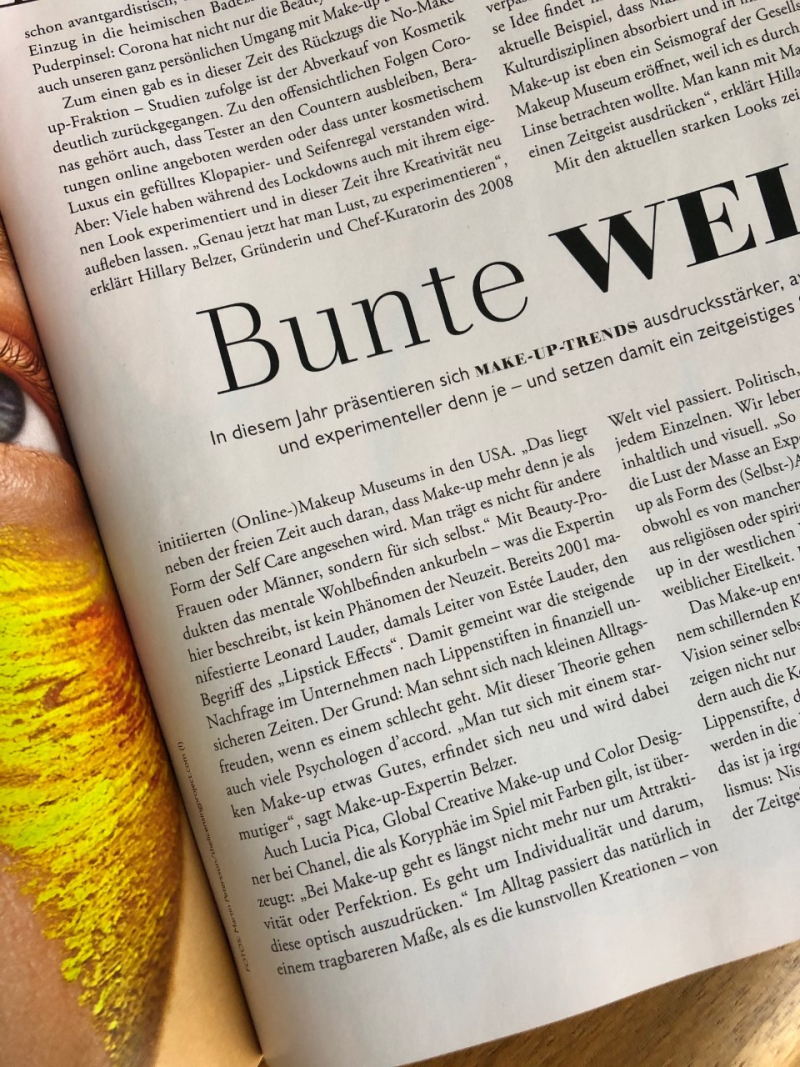 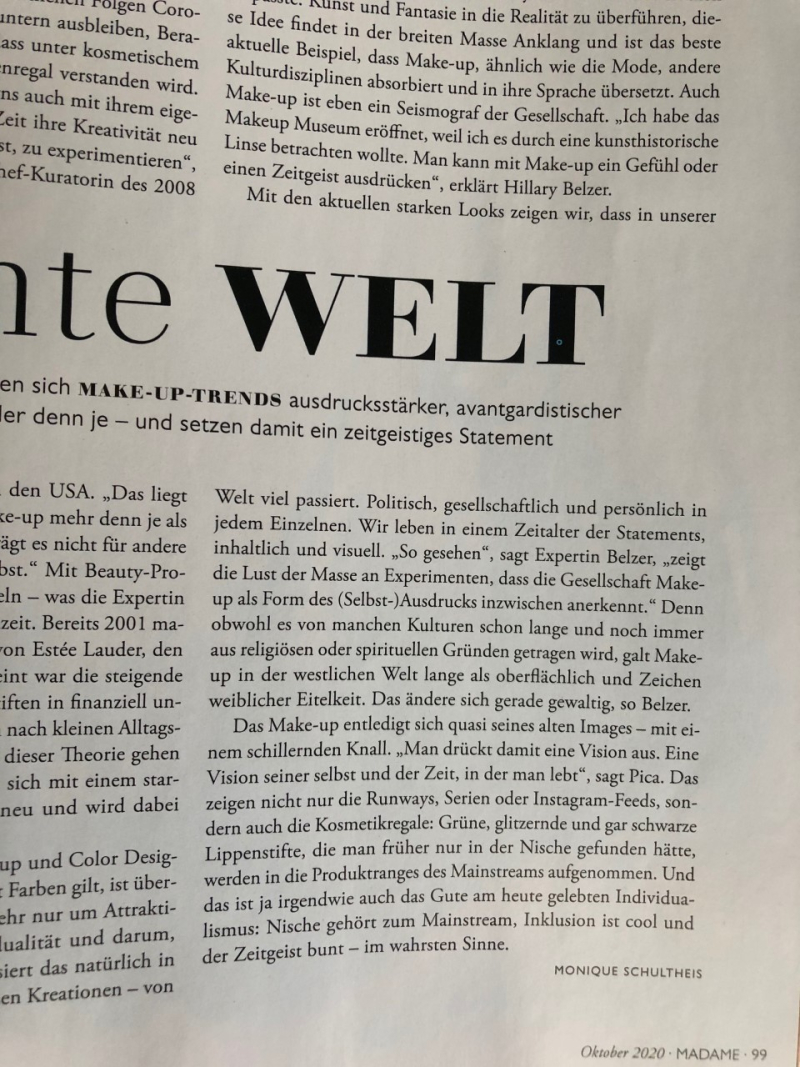 I got a whole big quote! 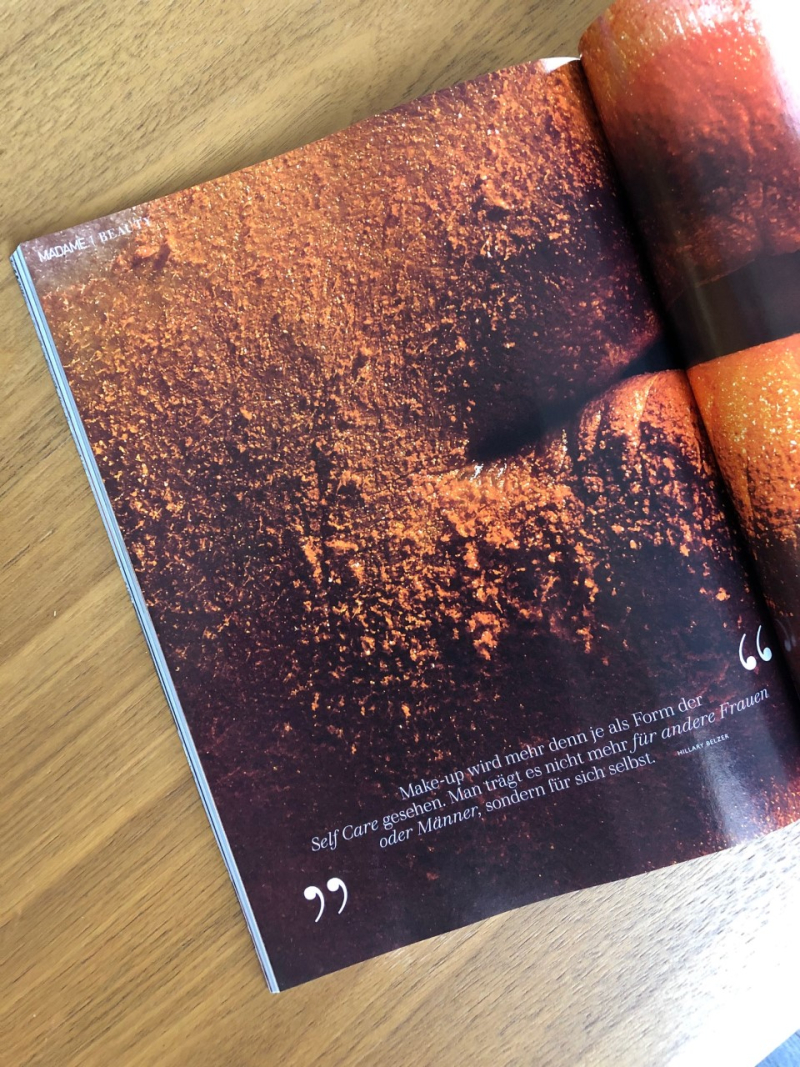 - Bobbi Brown in 1993, two years after starting her original brand: "I don't like women to look like they're wearing makeup."  Bobbi Brown on her new line, Jones Road: "I honestly think people look better with less makeup...[Jones Road] is the ultimate no-makeup makeup."  I mean, it's great she's sticking to her minimal aesthetic, I just find it funny that she's essentially starting the same line she did the first time around, despite her claims that it's completely different. (Also, everyone needs to stop with the "clean" jargon already!)

- Having said that, sustainable ingredients and beauty waste are real issues, as proved by some disappointing news on ecoglitter and sheet masks.

- We're all in the throes of Election Day anxiety (I guess Election Week at this point), so here's a timely article on how beauty brands were pushing voting more than ever.

- Beauty Matter had an interesting piece on the rise of the anti-haul.  Believe it or not, there are some things I actively choose not to buy...would you like to see a Museum anti-haul?

- Why aren't more retailers doing this??

- In '90s nostalgia, here's a look back at 1994's Priscilla, Queen of the Desert.  Meanwhile, Oasis's What's the Story Morning Glory and Smashing Pumpkins' Mellon Collie and the Infinite Sadness turned 25 on October 2 and October 23, respectively.

- Always hate to see a museum close, but I'm so curious to know how much a gun disguised as a lipstick would sell for.  Also, check out the world's most haunted museums.

- I need to watch the mermaid episode of Hulu's Monsterland ASAP.

Finally, here are some of the Museum's staff in their Halloween finery.  And candy, of course! How are you?  Did you have a nice Halloween despite the pandemic?