It's hard to believe I haven't done a Halloween roundup since 2016, but here we are.  Hopefully this post will compensate for the makeup I missed the past couple of years, as cosmetic companies continue churning out spooky and fun collections.  I would have purchased some for the Museum, but by the time I made up my mind about which ones to add they had sold out and weren't restocked in time to arrive by Halloween.  It says something about the demand when these collections are released in late September and sell out immediately...I think consumers and businesses are feeding off each other, both creating the increased frenzy for Halloween-themed makeup collections.

I'm not the biggest fan of either The Nightmare Before Christmas or Hocus Pocus - I've never even seen the latter - but I will hopefully add them to the Museum's collection as I thought they were cute and culturally significant enough to warrant purchasing. 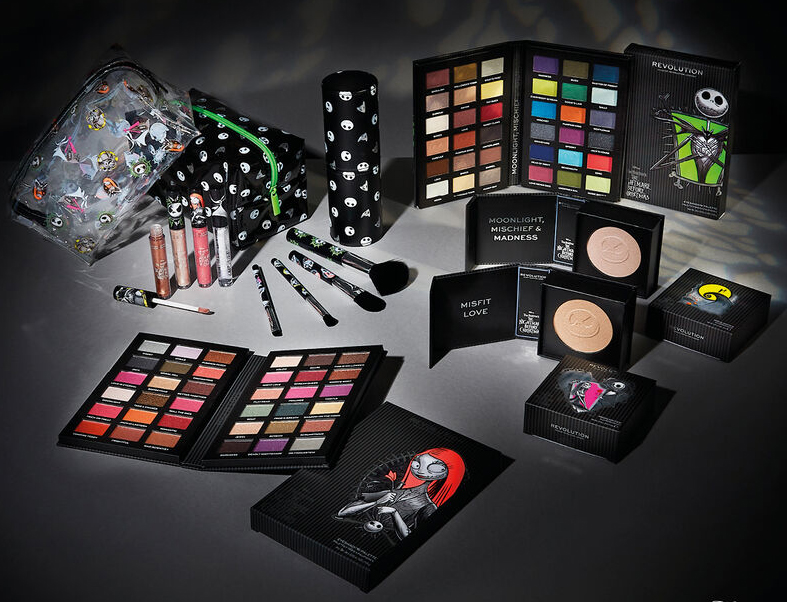 I should probably re-watch Beetlejuice.  As a kid it scared me half to death but obviously as an adult I should be able to handle it, plus it's got a good cast.  This Melt collection would go nicely with Hot Topic's Handbook for the Recently Deceased palette I bought in 2018. 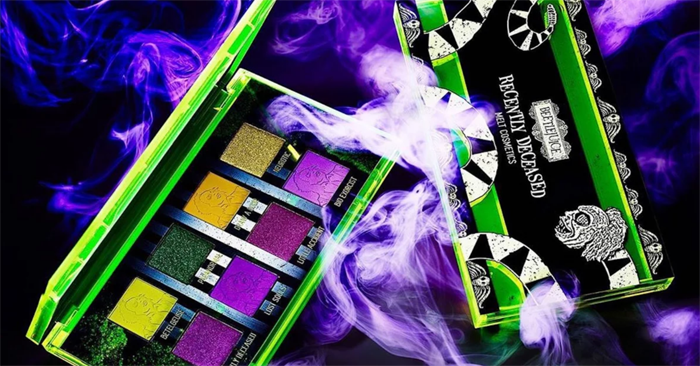 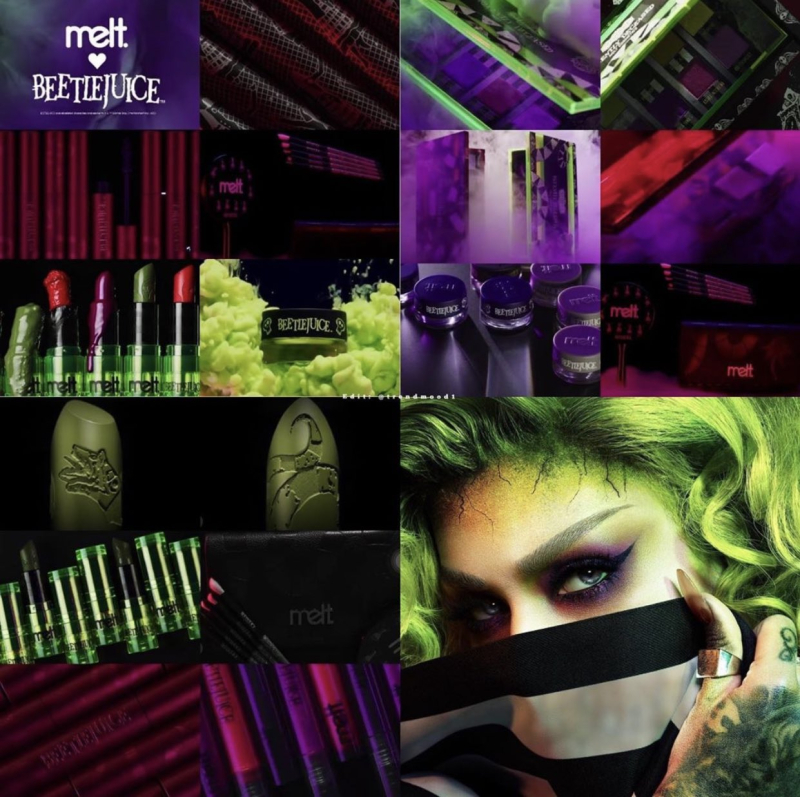 Here's some other miscellaneous Halloween fun released this year. 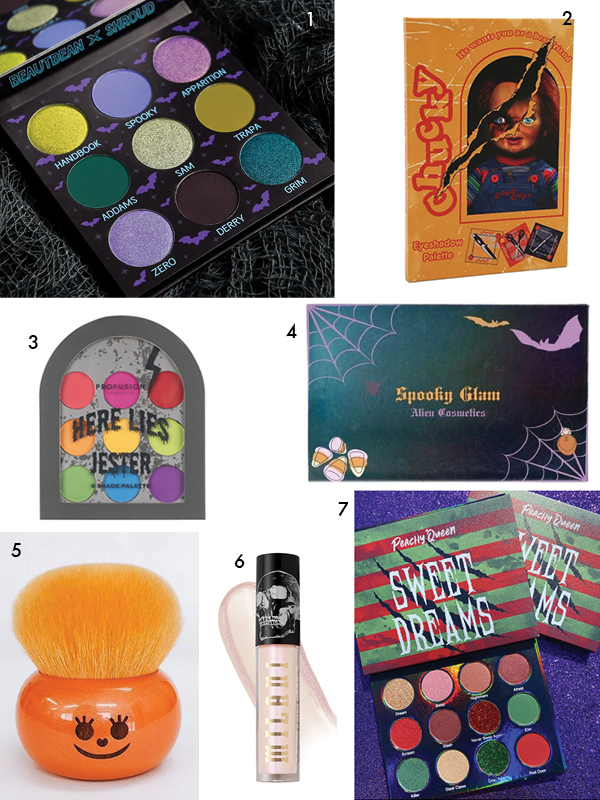 And now for a couple vintage pieces.  I'm pleased to have added this Glebeas (pronounced glee-bay) to the Museum's spiderweb collection. Even though I hate spiders there are some great objects with spiderweb designs.  You can read the whole history of Glebeas and see some of their other spiderweb packaging over at Collecting Vintage Compacts. 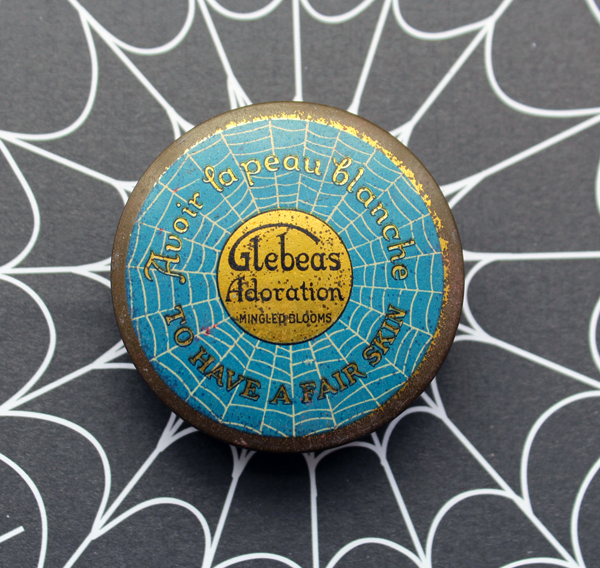 About three years ago I found a brass version of Volupte's awesome cobweb compact for a very good price in excellent condition and an original ad.  The compact dates to about 1946-1952 and there were many variations, including sterling silver and 14kt gold, along with butterflies and ladybugs that had the misfortune of getting caught in the spider's lair. 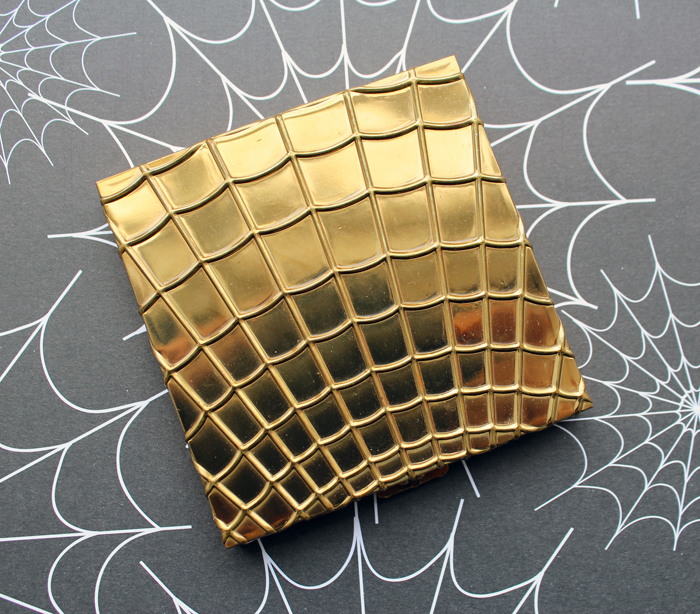 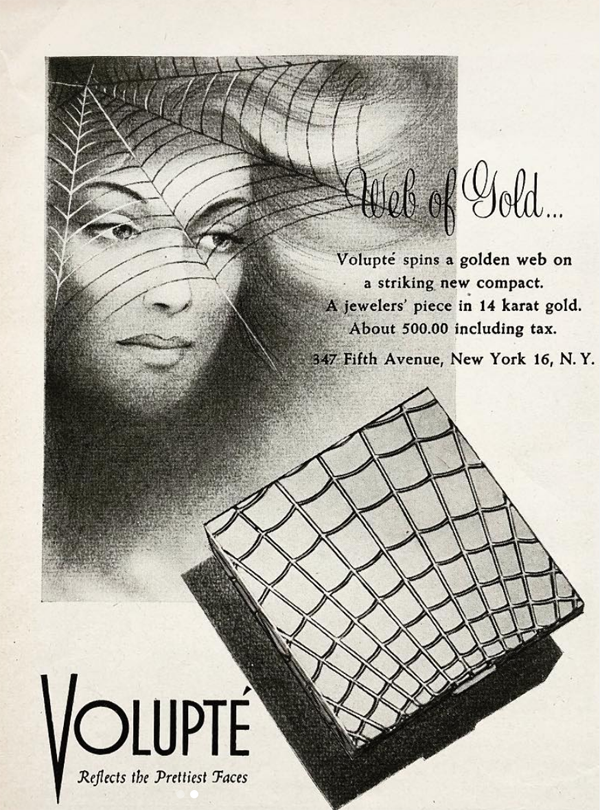 Interestingly, the spiderweb design was created by Josephine Forrestal, a Vogue writer turned military wife.  According to the patent the compact was originally intended for Paul Flato, for whom she created other compacts, so how it ended up with Volupte I'm not sure. 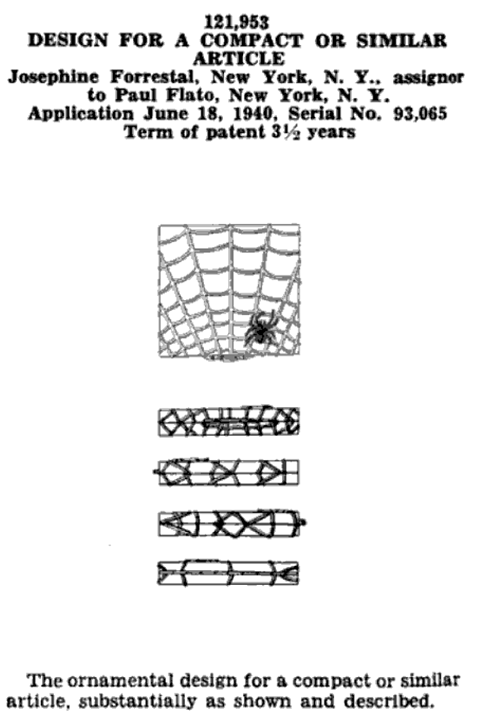 So while it's small now, I hope the Museum's spiderweb collection continues to grow.  By the way, do you remember the Elegance eyeshadow on the right? 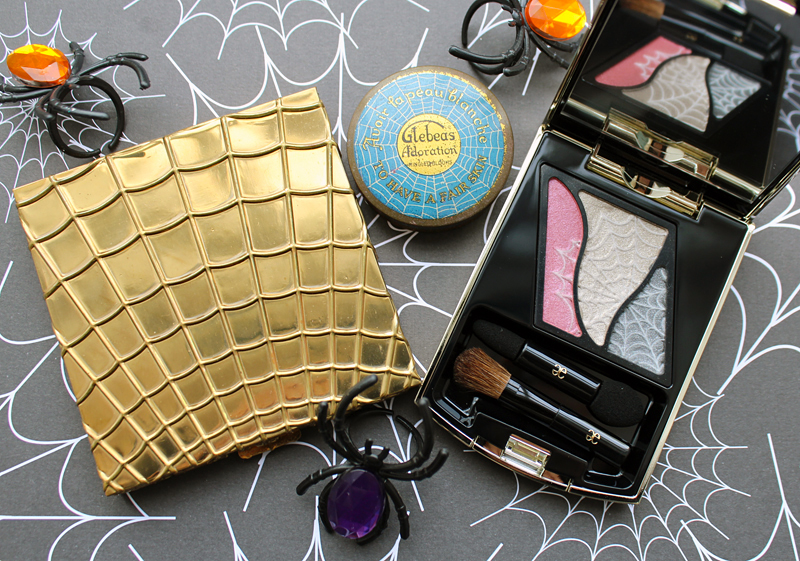 Some other spooky vintage finds include a celluloid coffin-shaped compact: And a makeup room in Illinois said to be haunted by the deceased director of the Peoria Players Theater: I hope you have a fun Halloween!  Are you dressing up?  I am not but the plushies and I will be eating copious amounts of candy, of course.