No cities to love: Yoon Hyup for Bobbi Brown

I was hoping to post about Bobbi Brown's collaboration from this past spring, a partnership with British artist Morag Myerscough, but I realized I never got around to writing about an Asia-exclusive collab from last year so I'm covering that first.  In the spring of 2019 the brand teamed up with Korean-born, New York-based artist Yoon Hyup, whose abstract urban landscapes, appropriately enough, have been created and displayed in cities across the globe.  For Bobbi Brown's cushion compacts the artist made three designs:  New York Skyline (Manhattan), Spread Love (depicting the Brooklyn Bridge) and Band of Light (representing Times Square). 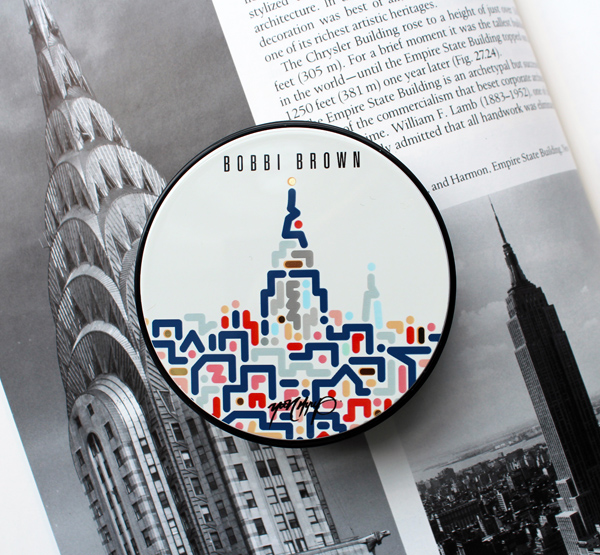 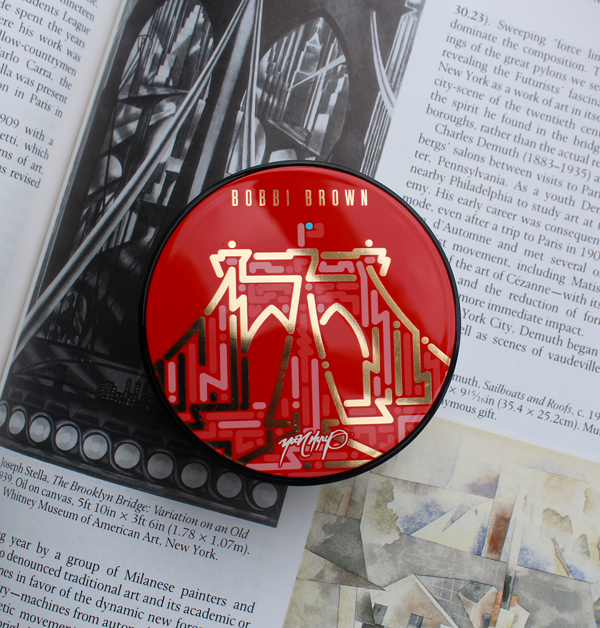 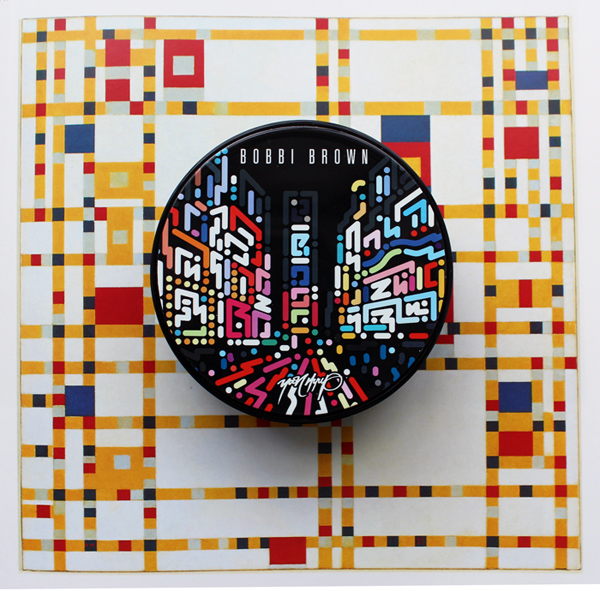 Hyup (b. 1982) was born and raised in Seoul. He began what would become a lifelong love affair with skateboarding and skate culture at the age of 9. 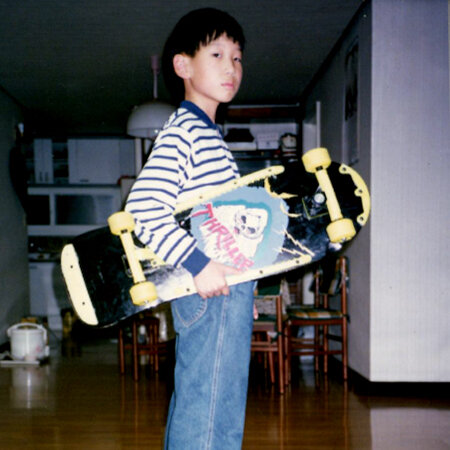 While skateboarding is a key inspiration for his work - his lines and dots represent how he feels when skateboarding (like "flowing water", he says), music remains his primary influence.  He studied violin for most of his childhood, getting scolded for improvising during lessons.  As a teenager Hyup discovered hip-hop and graffiti magazines at a nearby U.S. naval base, further feeding his appetite for skate culture, music and art.  In college he started out studying graphic design as he wanted to design skateboards, but quickly realized he enjoyed painting more.  One night at a party a DJ asked him to paint while he spun, and for Hyup, there was no turning back. He has painted to music ever since. "From the early 2000’s, a hip hop party called “Afroking Party” was getting popular in Seoul. I would hang with DJs, MCs, B-Boys, skaters, writers and photographers there. It was the first place where I exhibited my artworks and perform live painting. A DJ crew wanted me to paint live while he performed his set, a mix hip hop, funk, disco, we’d perform all night. That was when I was 23 or 24 years old, and then I met more and more people, they would learn about me and ask me to do more paintings.  I started to use lines and dots when I performed live painting, because I wanted to express something quick while DJ Soulscape and DJ Plastic Kid were spinning."  Hyup listens to a variety of jazz, hip-hop, funk, soul and disco. To get an idea of what such a mix sounds like, you check out one of his playlists here. 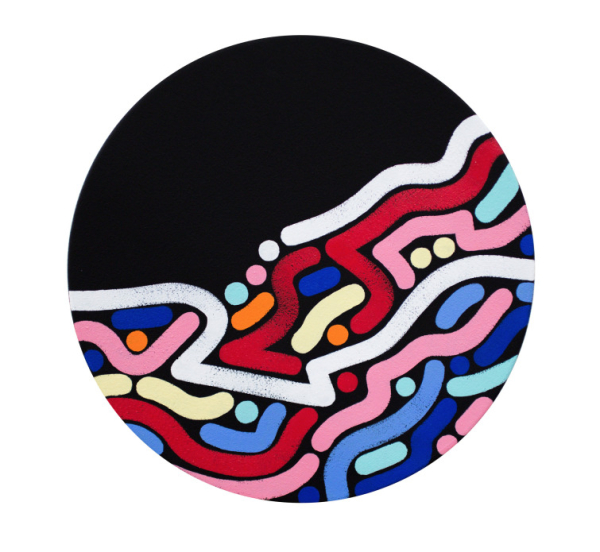 Hyup likens his improvisational process to jazz or rap.  For larger projects he sketches the overall structure, but generally does not draw beforehand.  "I don’t sketch when I paint. If I need to sketch, I would only put the big structure. Other than this, I only do with free-hands on canvas or wall paintings without sketches. It may be similar to a jazz performance which only has a plan but plays impromptu. It’s similar feeling from listening improvisational music, funk or freestyle rap. When I skate, I feel rhythm and flow...I like to express these feelings with lines and dots." 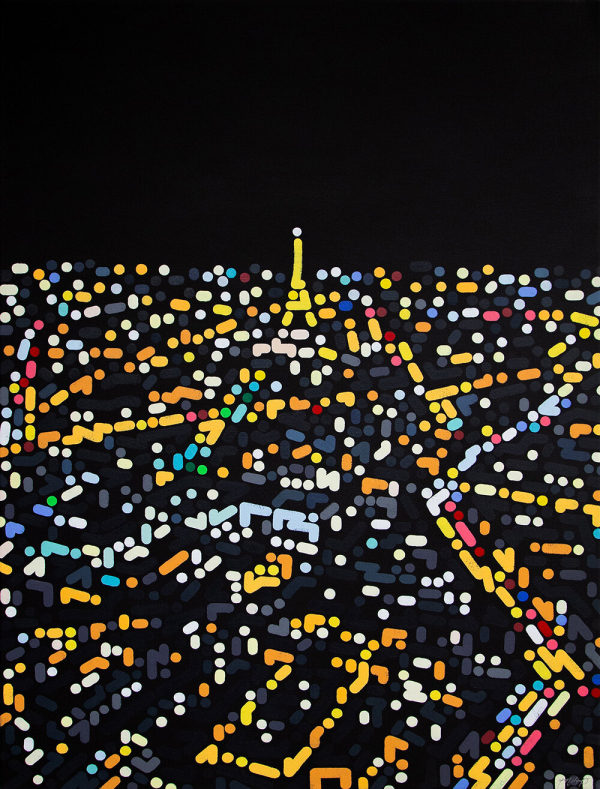 Hyup's forté is vibrant city life, but he is equally adept at representing more calming scenes, such as tropical vistas and clouds.  And while he cites American graffiti artists such as Futura, Lee Quinones and Mark Gonzales, along with Jean-Michel Basquiat and designer Don Pendleton as influences (I'd add Mondrian to the list), Hyup also reinterprets elements of traditional Korean art.  Paintings of clouds, along with the use of obangsaek - five colors associated with the cardinal directions - are the artist's way of paying homage to his cultural heritage. "Many traditional Korean forms, such as vine clouds and wind clouds, surface in my paintings. I often paint with the five colors associated with my native country – red, blue, yellow, black and white.  This color palette can be found in many things that relate to Korean culture, such as art, dress, and the painting for architecture. I use those colors to pay honor to my roots. I also find other colorways from nature and things around me." Hyup's work generally consists of cityscapes, but occasionally his playfulness shines through via characters from pop culture.  I'm delighted with these portraits of Cookie Monster and the Pillsbury Dough Boy!  Fun fact: I was obsessed with the Pillsbury Dough Boy when I was little and have a decent collection of memorabilia.  I'd love to see Pills on a shirt, similar to the Mickey Mouse ones Hyup made for Uniqlo. 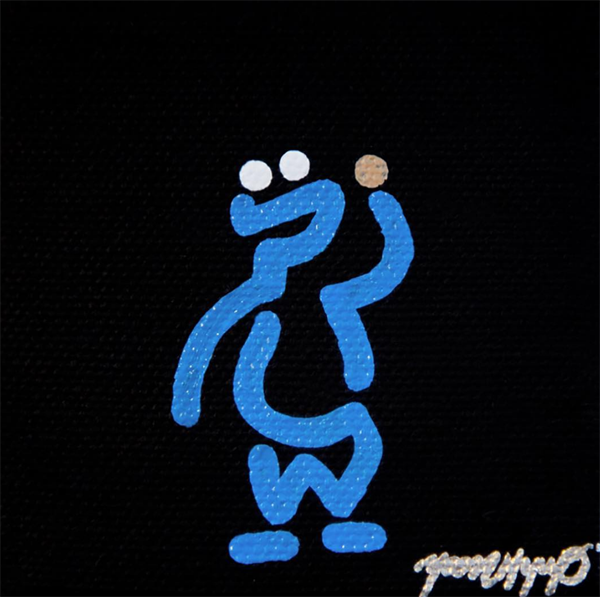 Also, how precious is this holiday wonderland he created in Shanghai last year? 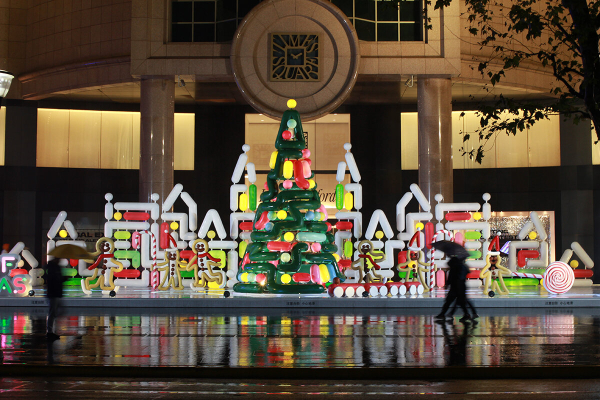 As for the collab with Bobbi, I'm not sure how it came about or why Hyup decided to partner with the company. (I emailed to request an interview but never heard back, sadly.)  "I collaborate when I already know the brand well enough or when it naturally happens. Honestly, I haven't had to think about a brand I want to collaborate with because luckily, clients have always come to me and proposed collaborations. Sometimes I don't do it when I don't understand the brand well enough or it doesn't fit well with my style," he says.  A cosmetics collaboration doesn't seem like it would align with the artist's interests, especially given his previous work for sportswear and apparel stores located in urban locations, like Nike's Gangnam headquarters and the Rag and Bone store in Soho. 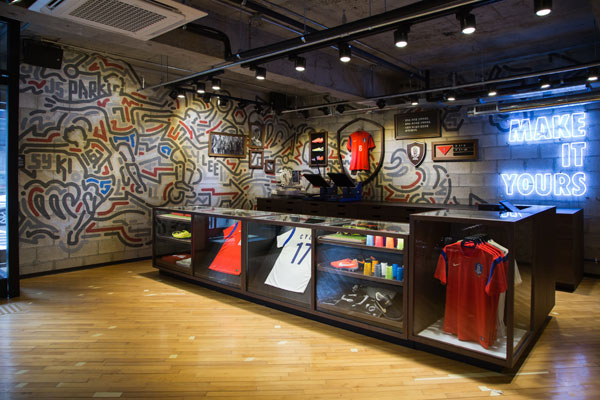 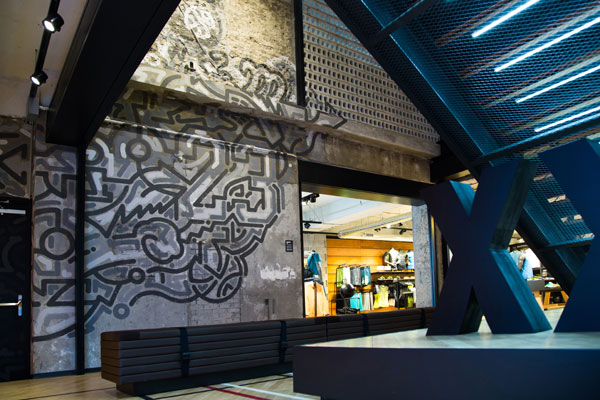 This mural centers on the number 23, worn by basketball star Michael Jordan. This mural, entitled Wishing a Bright Sunny Day, has rightfully drawn comparisons to the work of Keith Haring.

Hyup also designed the cover art for a CD box set for Ella Fitzgerald in honor of the singer's 1ooth birthday in 2017, which was fitting given jazz's influence on his process. So makeup seems a little out of left field.  I also can't figure out why only the city of New York was featured on the compacts, as these were Asia-exclusive...it would have made a bit more sense to include Seoul as well.  Perhaps it's Hyup's love for NYC that propelled the focus on New York. In any case, I believe all three of the designs were new for Bobbi Brown, but there are similarities.  Here's Rooftop Jam (2019) and Spread Love (2014) - the latter has the same name as the cushion compact showing the Brooklyn Bridge. 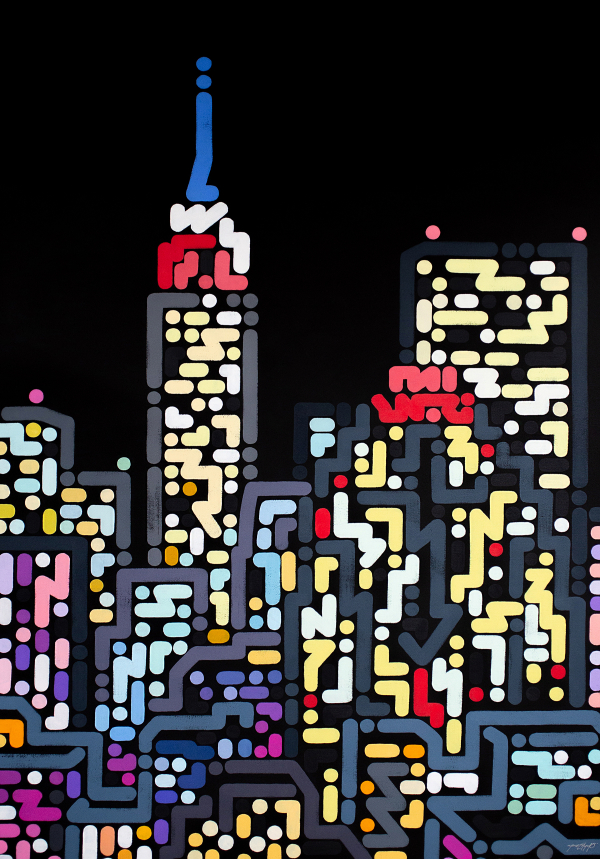 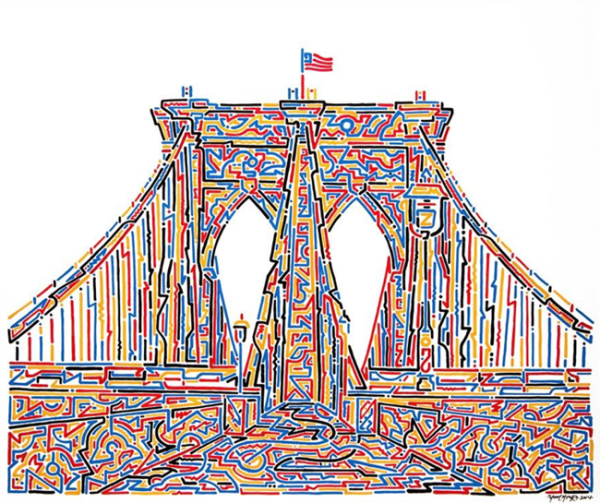 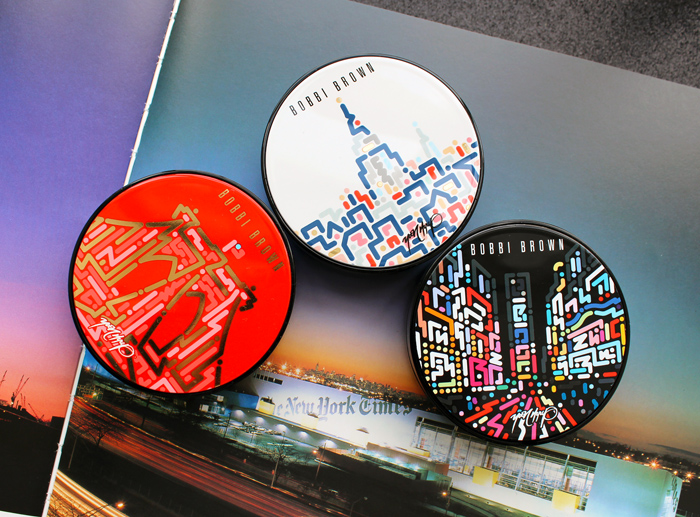 While I'd still like to unravel the mystery of the collaboration's origin, I enjoyed this collection nevertheless.  Hyup's improvisational method perfectly captures the frenetic pace of cities, and I don't think his work would have the same effect if he painted without music.  And New York is always magical so if they had to focus on any one city I'm glad it was the Big Apple.

What do you think?  Which case is your favorite?  Mine is Band of Light. I don't like to actually visit Times Square in person, but this image is so vibrant I can practically hear its pulse.