Forgive the reference to a terrible '90s band in the title of this post, but I wanted to get a quick blurb up on Shu Uemura's spring/summer 2020 collection, a collaboration with influential Japanese sneaker brand Onitsuka Tiger.  Despite being the world's least athletic woman, Tigers hold a special place in my heart.  Plus, the bold, opaque colors spoke more to an '80s aesthetic rather than the "athleisure" trend of which I'm not a fan.  As Kakuyasu Uchiide, Shu's international artistic director explained, "When this collaboration started, what came up in my mind is the healthy and active women wearing bright color makeup back in the 1980s."  I for one was relieved to see a collaboration with a sportswear company that eschewed the minimal, no-makeup look usually associated with athletic-inspired makeup in favor of a more vibrant palette. 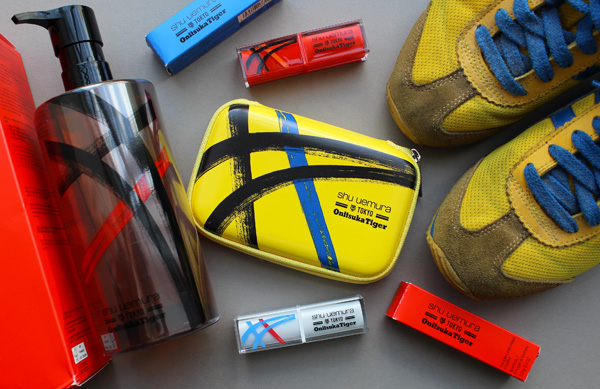 The lip colors were definitely my shades. 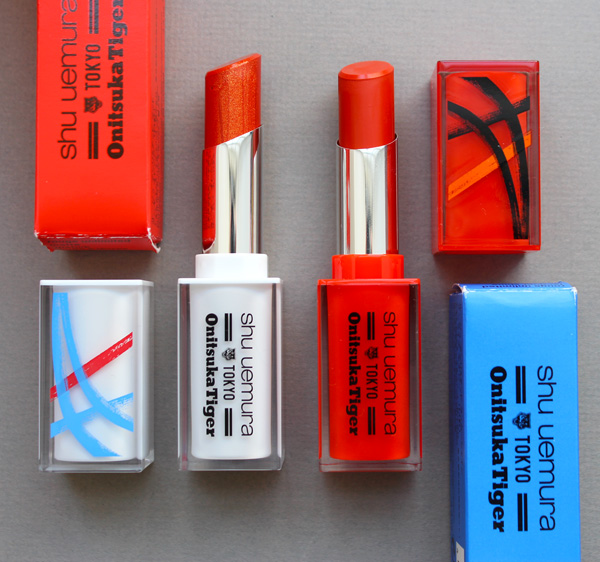 Yellow is my favorite color and the color of my own pair of Tigers so naturally I had to opt for this palette over the white one. 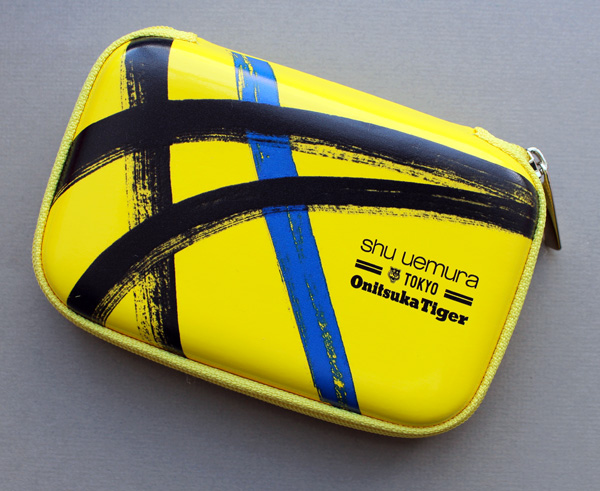 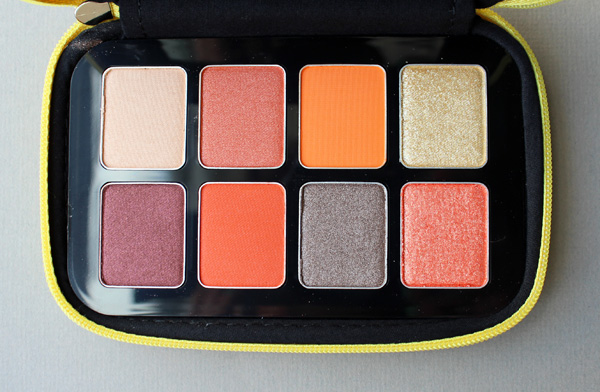 I picked up the cleansing oil to add to the tower.  I mentioned this previously, but I'd like to reiterate my disappointment at the fact that Shu no longer prints the designs directly onto the bottles for the cleansing oil, only on a plastic perforated outer label that is meant to be removed.  It just looks so cheap.  And what's the point of buying the limited edition version if you don't even have a pretty bottle to hang onto and refill? 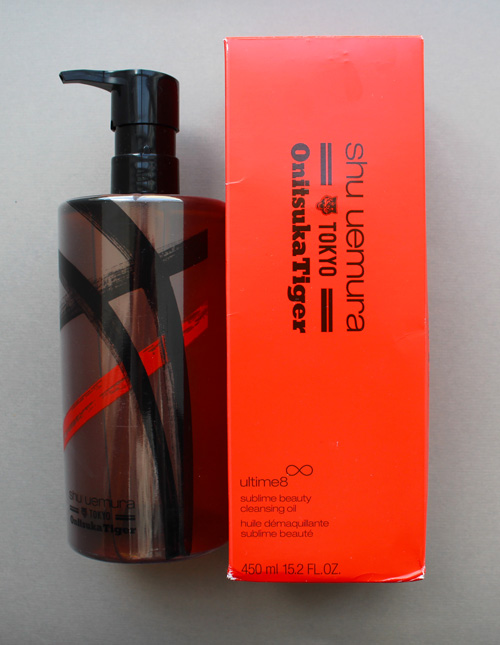 There were some other items in the collection including a bright yellow version of Shu's famous brow pencil - I mean, the shade itself wasn't actually yellow (although that would be fun!), just the outer casing.  I liked the eyelash curler but I sort of wish it came with the little tiger head logo rather than the sneakers.

But I guess Shu wanted to draw attention to the fact that a special pair of sneakers, available exclusively at Onitsuka Tiger stores in Asia, were produced in honor of the collab. The shoes, dubbed "Delegation Ex", were inspired by a model worn by the Japanese team at the 1964 Olympics in Tokyo.  The overall design resembles orthopedic shoes in my admittedly harsh opinion, but I do appreciate the glossy details on the sides, a nod to the high-shine finish of Shu's Rouge Unlimited Lacquer Shine lipstick.

Onitsuka Tiger has a fascinating history.  New Zealand menswear store Barkers has a detailed profile and I encourage you to check it out in full along with this article, but here's a brief summary.  The brand was created by Kihachiro Onitsuka in 1949 as a way to unite post-war Japan, which at that point had become enamored of American sports.  The goal was to create a cutting-edge performance shoe for athletes and in the process, lift the country's morale and promote both mental and physical health through sports.  After several failed attempts, Onitsuka gained new inspiration upon eating an octopus salad, noticing that the suckers tenaciously held onto the side of the bowl.  He realized this same mechanism could be applied to shoes for basketball players, who up until that point did not have any footwear that facilitated the constant stopping, pivoting and re-starting motions. Onitsuka named the shoe the Tiger, which went on to become the number one choice for high school basketball players. (Basketball was among the most popular youth sports in Japan at the time since it required little equipment).  By 1961 marathon runners were wearing Onitsuka shoes, and 1964 marked the first time Olympic athletes competed in the footwear at the Tokyo-hosted games.  During the '70s Onitsuka merged with several other companies to become ASICS, an acronym for "Anima Sana in Corpore Sano" - Latin for "healthy body, healthy mind". Other ASICS products besides Onitsuka Tiger footwear took center stage throughout the '80s and '90s, but the early 2000s witnessed a resurgence in the line. 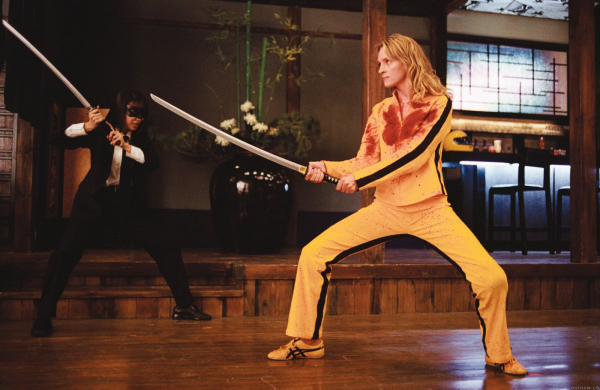 In 2003 Uma Thurman donned a pair of yellow Mexico 66 sneakers for her role as Beatrix Kiddo in Quentin Tarantino's Kill Bill.  Referencing the Bruce Lee film Game of Death, the scene in Kill Bill led to a spike in demand for Tiger sneakers, particularly the Mexico 66. 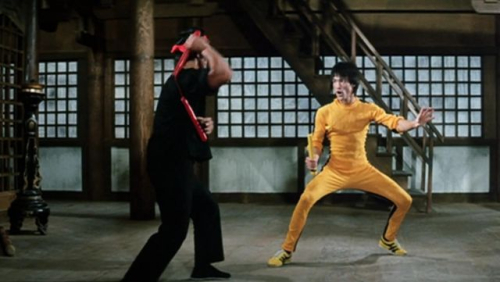 Originally known as the "LIMBUR", this model was designed for the 1966 pre-Olympic trials in preparation for the 1968 games in Mexico, hence the name change to the Mexico 66.  The style is also notable for being the first Onitsuka Tiger design to incorporate the now famous stripes. Between this history and not one but two legendary actors wearing them in significant movie roles, the Mexico 66 became the most recognizable model in the Onitsuka line. The shoes' popularity in the early-mid 2000s also solidified Onitsuka Tiger's place as a leading sportswear brand.

Now here's a personal anecdote:  Upon seeing the Kill Bill fight sequence, I knew I needed a pair of yellow Tigers in my life.  Four years after the movie's release, the husband and I took our first international trip together with London as our destination.  I was still obsessed with those sneakers so at the top of our itinerary was visiting the Onitsuka Tiger boutique where I finally purchased a pair of my very own.  Granted, I ended up with the California 78 style with blue stripes instead of black, since when I laid eyes on them in person I actually preferred the design of them over the Mexico 66, but they were yellow Tigers and that's all that mattered to me.  :)

As for collabs, previously Onitsuka Tiger partnered with high-end fashion houses like Valentino and Givenchy, and recruited both Will Smith and his daughter Willow as brand ambassadors in 2019 and 2020, respectively. 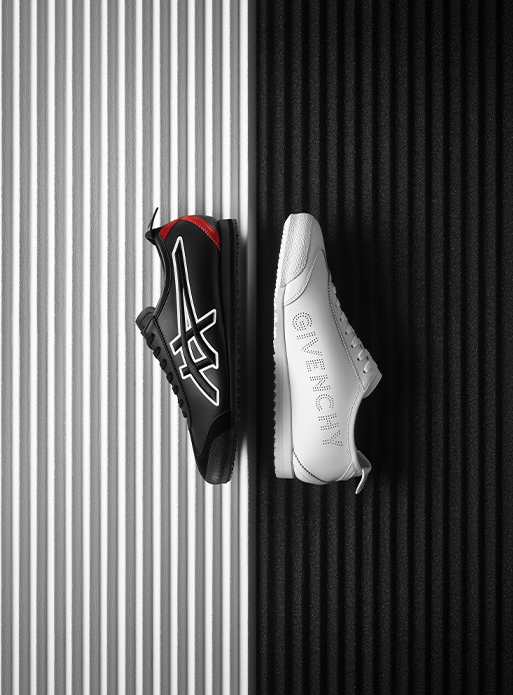 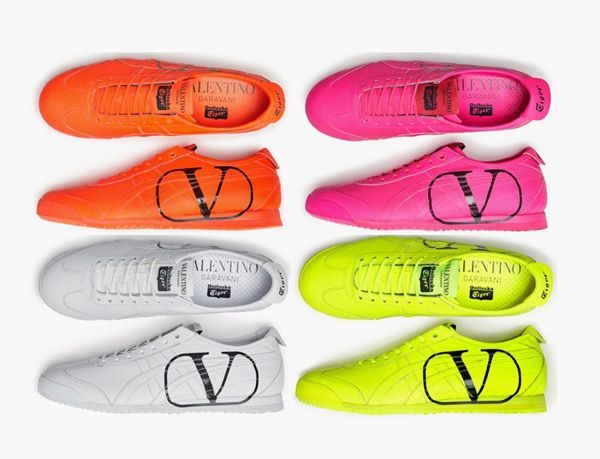 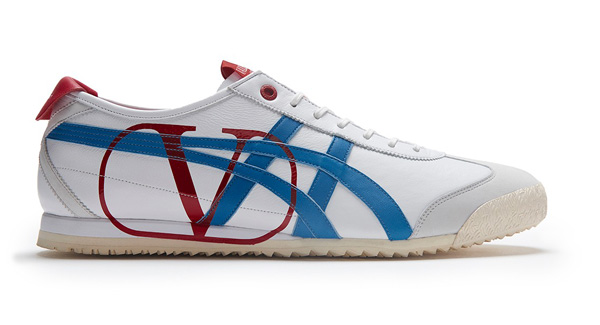 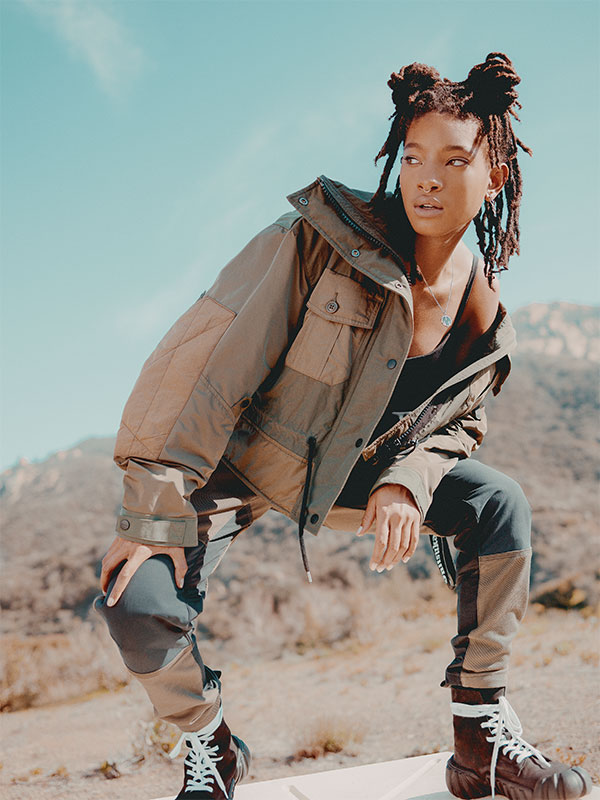 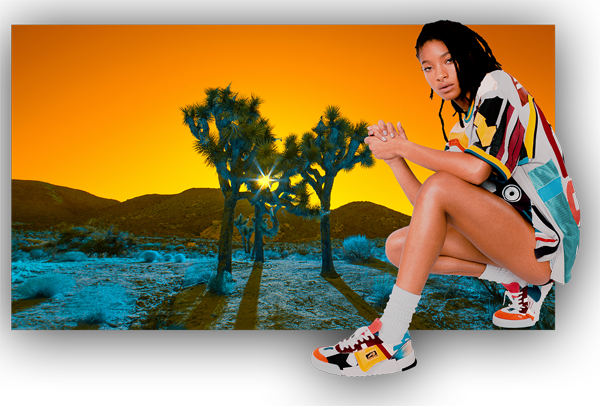 It's still not clear why or how the collab with Shu came about.  They're both historic Japanese companies that boast an enormous global impact, but beyond that I'm not sure how the decision to partner was arrived at.  Both brands use the same PR firm, but that's all I was able to gather.  Overall, I thought this was a fun collab that didn't fall into a predictable athleisure trap.  The color choices were perfect for the packaging and the makeup in that they honored Onitsuka Tiger's history, reflected the energy displayed by athletes and channeled '80s makeup styles at the same time.  And while cosmetics and sneakers don't seem to be the most harmonious combination, the two came together nicely, particularly in the painterly manner in which Tiger's iconic stripes are rendered -  a direct reference the art of makeup.

What do you think of this one?  Do you own a pair of Tigers?