I love when I get an inquiry to which I can actually give a solid response.  A gentleman sent in this picture he had of an old lipstick and asked if I could identify it and provide any sense of its monetary value. 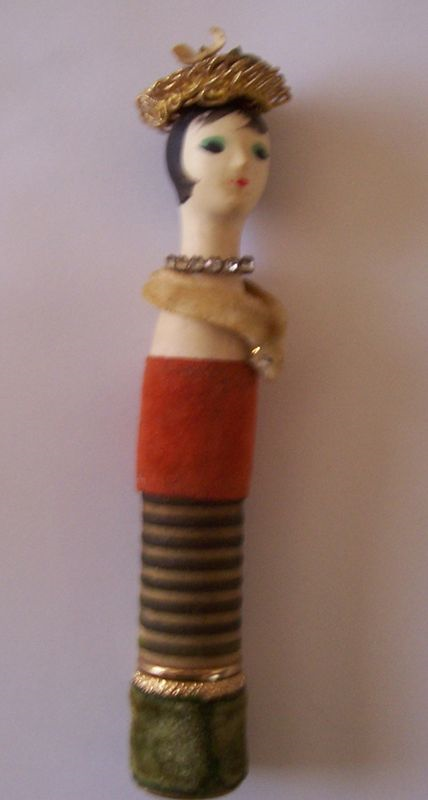 I recognized it immediately as one of the Revlon Couturines doll lipsticks released between 1961 and 1963.  But which one?  The only one I recognize off the top of my head is Liz Taylor as Cleopatra, since it's pretty obvious.

Fortunately the Revlon Couturines appear in Lips of Luxury (which I highly recommend for any beauty aficionado - check out my review here and in-person pics here.)  According to the photos in the book it's not Marilyn Monroe. 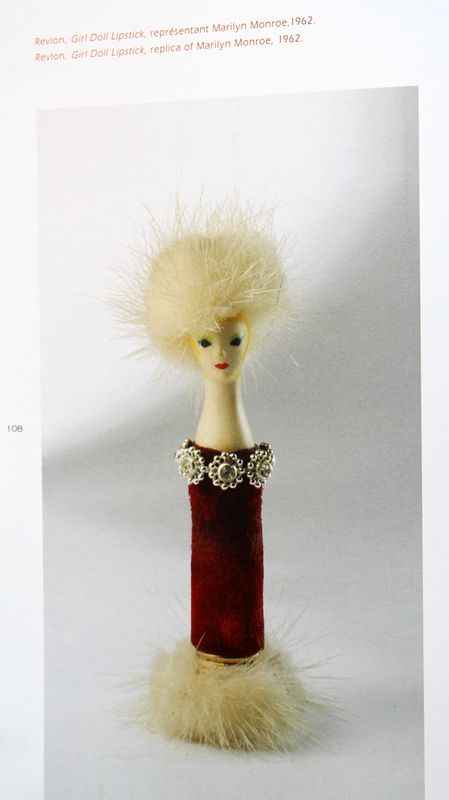 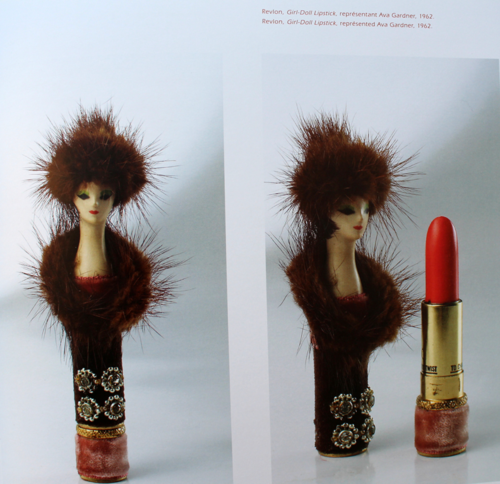 So it must be one of these ladies. 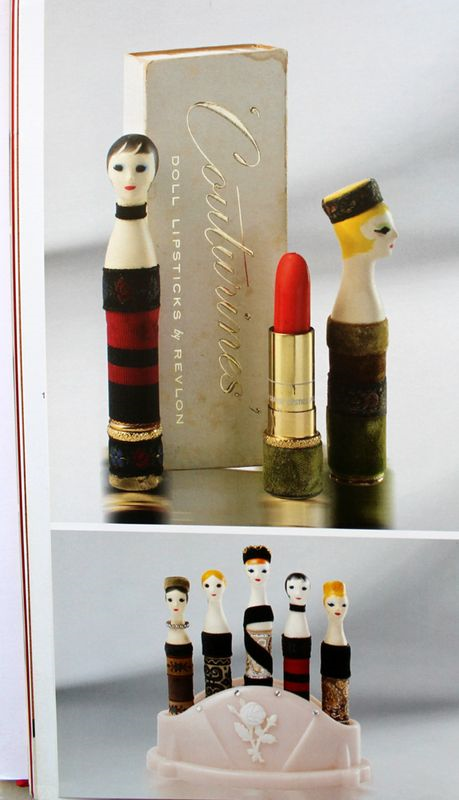 Aha!  Looks like it's Jackie Kennedy (last one on the right.) 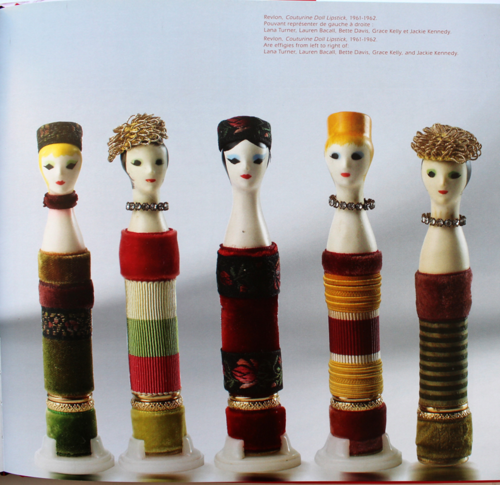 What's fascinating to me about the submitter's photo is that his doll appears to be wearing a little fur stole around her neck, whereas in the photo from the book she doesn't have one.  As for the value, Revlon Couturines can fetch a pretty hefty price.  Even though the photo is blurry, the one submitted to me looks to be in excellent condition.  And given that she has a stole, which I'm assuming is original (the original Marilyn Monroe figurine has neckwear as well, which isn't shown in the picture in Lips of Luxury), that would probably increase the value.  I think a fair asking price would be $150-$250.  At the moment I don't even see any Jackie figurines for sale.

What do you think of these?  This post reminds me that I really need to track down at least one for the Museum - I can't believe I don't own any.  Another one (or 8) to add to the old wishlist. 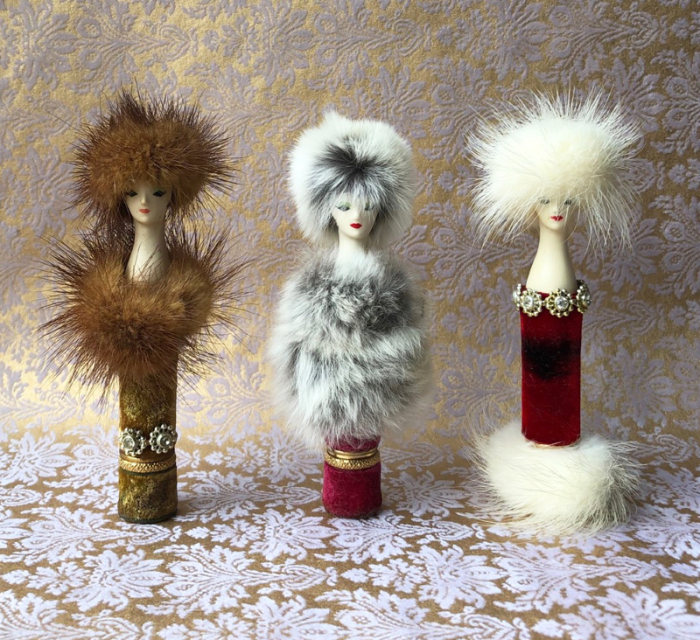 I am sorry to say that I can confirm these are not cruelty-free.  As a matter of fact, Revlon made it a point to highlight the "genuine" mink, fox and chinchilla used.  How times have changed.  I'm also wondering whether all the ones listed for sale over the years as having brown mink are actually fox fur, as indicated in the ad below.  Then again, this was the only ad I saw that referenced fox fur, so maybe the brown ones are mink as well. 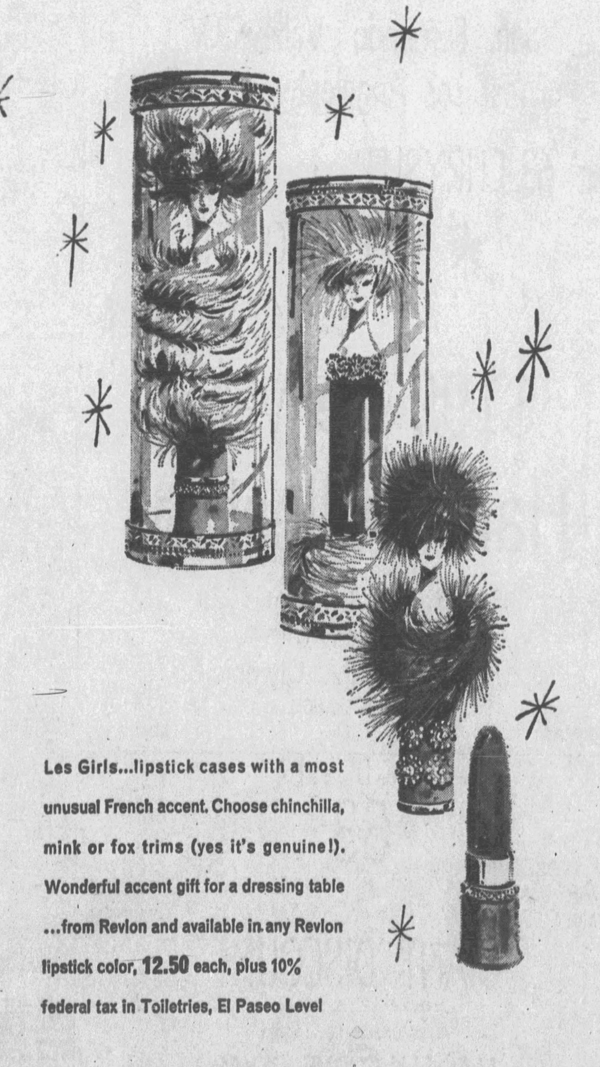 The white mink one is not in the best shape - there's a little bit of wear on the paint on her lips and discoloration around her "waist" - but she does have the original box.  I'm suspecting the black mark is remnants of a belt, as shown here.  (Apologies for changing the background in these photos but I was shooting across several days and was too lazy to retrieve the paper I had used originally.) 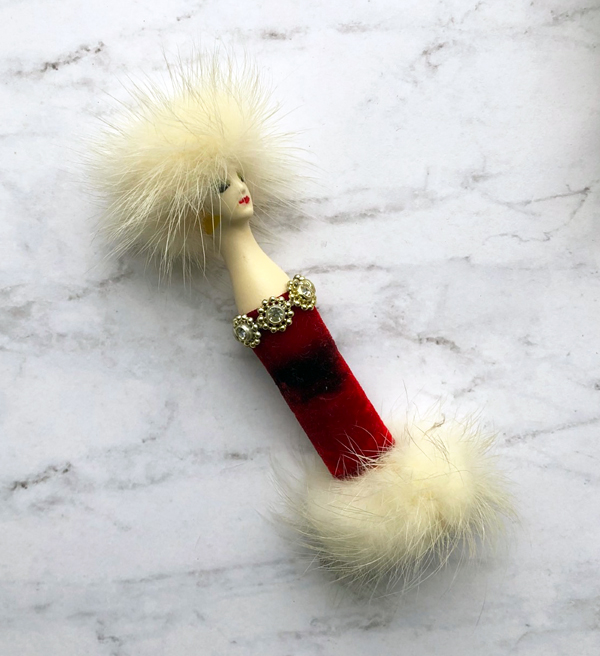 The chinchilla-clad lady, however, is basically new in the box.  One hundred percent museum quality! 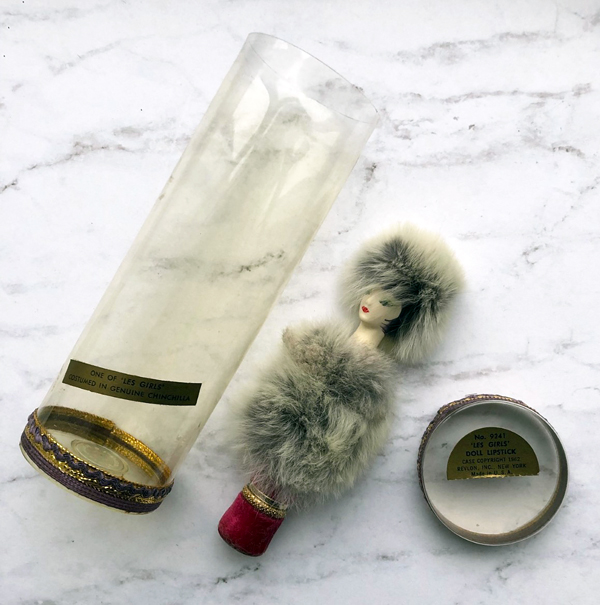 From what I was able to piece together from newspaper ads, the ones without animal fur were advertised as "mannequins" and originally released in 1961, while the chinchilla, fox and mink ones were referred to as "girls" and debuted during the holiday season of 1962.  Both series fell under the Couturine name. 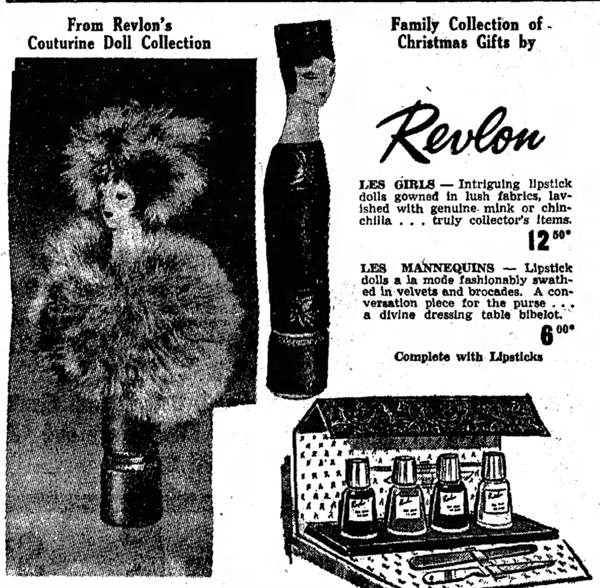 There were originally 12 designs, according to this ad.  Of course, you paid a little more for the Mannequins with hats and jewelry. 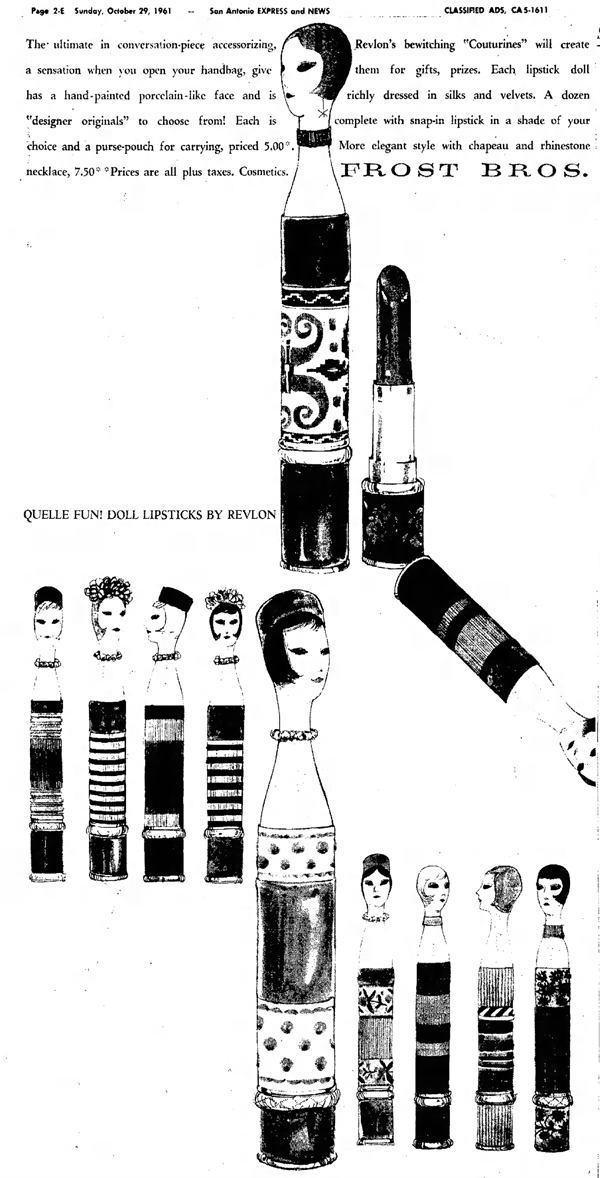 Most of them were similar but had a few details switched up.  This is especially true for the Girls series. For example, the brown mink/fox one I procured has the same color velvet at the bottom and one pair of rhinestones, but the one in Lips of Luxury has pink velvet and 4 rhinestones.  The colors of the velvet and type of fur were also mixed and matched. 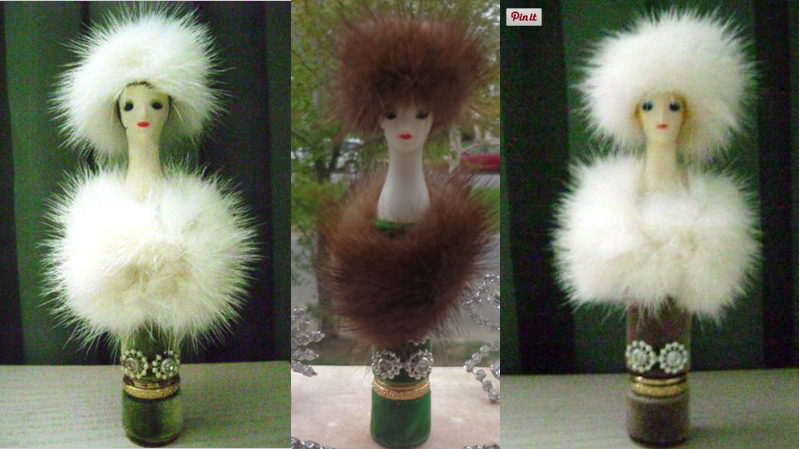 But one question remains.  I'm wondering where Jean-Marie Martin Hattemberg, whose book Lips of Luxury I referenced earlier, retrieved his information.  Obviously I don't think he just made up the idea that each Couturine was intended to be a replica of an actress or other famous woman.  But I'm so curious to know how he came to that conclusion since I've never seen them advertised or referred to that way anywhere other than his book.  Perhaps he knew someone at Revlon who designed them?  Or maybe they were marketed differently outside of the U.S.?  In any case, there's no mention of the chinchilla Couturine and several other of the original 12 dolls in Lips of Luxury, so I'm not sure who they're supposed to be.  Hopefully one of these days I'll solve another makeup mystery. ;)