And so we say goodbye to summer.  Here's the August rewind.

- I'm delighted that Madam CJ Walker will be getting a Netflix series devoted to her, but recent news shows just how much more work needs to be done in terms of recognizing non-white beauty pioneers as well as ensuring the industry understands the beauty needs of people of color.  Between badly photoshopped swatches and racist YouTubers, non-white people are still being left out and verbally attacked.  As Meli of Wild Beauty thoughtfully points out, there's racism in every industry, but beauty is one where it's especially harmful.

- Speaking of beauty "influencers," I'm sadly not surprised by the dishonest tactics that some of them use, along with the fact that there are companies paying them to do so.

- I'm happy to see that this new all-genders line is eschewing retouching their photos, but like MAC's Nico Panda collection and Crayola, there doesn't appear to be any models over the age of 25.  Hopefully these new (old?) beauty gurus will force makeup companies to acknowledge that women over 40 exist and maybe, you know, regularly use them in their advertising. To my knowledge, only a handful of companies have featured "mature" women, and the campaigns were very short-lived.

- On a lighter note, I also wouldn't be surprised if Olive Garden did end up releasing a real makeup palette given the rabid enthusiasm for it.

- Chanel is introducing a makeup line for men.  On the one hand I don't believe makeup should be gendered.  On the other hand, I'd love to see more guys wearing it so if this is what it takes, it might not be such a bad thing.  There are even oh-so-manly makeup brushes that may be put into production.  Right now men in China are getting more on board with wearing makeup, so I'm really hoping eventually it'll catch on in the Western hemisphere.

- Good reads:  Amber's excellent history of cult makeup classic Maybelline Great Lash and this interview with makeup artist Linda Cantello.  It was honestly a little strange how close her general outlook to makeup these days is to mine - there was not a single thing she said that I disagreed with.

- I was in my '90s glory due to the A.V. Club's epic 1998 series.  Also, Y necklaces have made their triumphant return.  I really thought no one else but me remembered them and was curious to see if they'd make a reappearance along with all other manner of '90s fashion, and here they are!  I must dig through the stuff at my parents' house and see if I have any left.

- In other pop culture news, The Wrap's Emmys edition had some great interviews with Amy Sedaris and Derek Waters, who host a couple of my current favorite shows (and I will always love Amy as Jerri Blank).

- Between Domo Kun, Gudetama and Peko, I'm endlessly fascinated with Japanese mascots.  This Vice article digs deep into their world.

- More on the rise of the Instagram museum.  Makeup companies are also starting to get in on the action, further proving my point that these are not actually museums but rather a mash-up of eye candy and commercialization.  At least Winky Lux is honest about their new space being a "retail concept" and doesn't try to market it as a museum.

- This new study provides evidence of a theory I've had for years.  After all, I completed a marathon mostly as a way of getting revenge for the horrors I suffered during gym class.

- Still way too hot here for me to get a PSL, but me (and MM staff) are intrigued by these PSL cookie straws.

- On a personal note, the husband and I celebrated our 8th wedding anniversary and a total of 18 years (!) together last week.  Did he pick out the most perfect card or what? 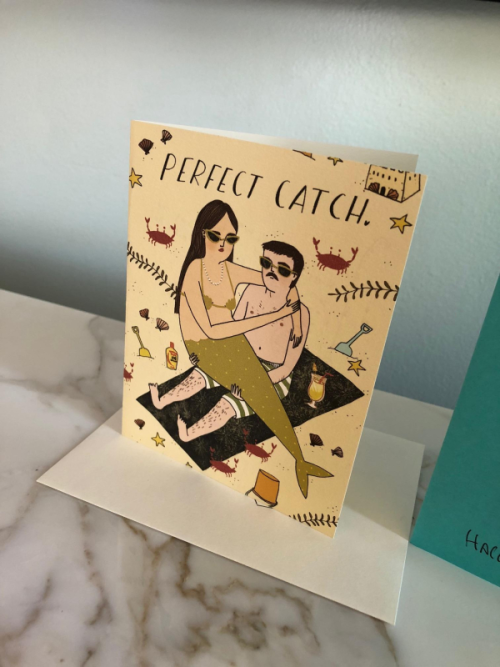 How was the end of your summer?  Are you looking forward to fall?