I'm roughly three years overdue with this installment of Makeup as Muse, but it's a summer Friday so I'm throwing caution to the wind and posting about these amazing micro sculptures by British artist Hedley Wiggan.  Unlike fellow lipstick sculptors May Sum and Theresa Nakhoul, Wiggan isn't really involved in the cosmetics industry, but can carve basically any material that's thrown at him. In 2015 he was commissioned by Heathrow Airport to replicate five iconic buildings from the world's major cities to celebrate Heathrow's first lipstick trend report.  According to HuffPo: "Thanks to its in-terminal retail shops, London Heathrow Airport boasts the largest range of beauty lines in Europe under one roof. The airport released a “Lipstick Colours Of The Year” report, using global sales data to determine the preferred shade of cities all over the world, like New York (classic red), Dubai (rose pink), and more. The report also provides tips to master the perfect lip and a brief history of lipstick."  Wiggan reproduced Dubai's Burj Khalifa, London's Big Ben, NYC's Statue of Liberty, Paris's Eiffel Tower, and Shanghai's Tower. 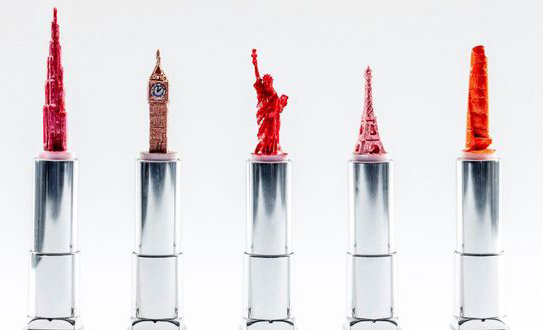 I'm astonished at the detail on these.  Carving anything this size is obviously challenging, but lipstick is a totally different animal from other materials given their softer texture.  Says Wiggan, "[The process] was really difficult.  Lipstick is a different material altogether. I had to stick them in the fridge and had 10 minutes sculpting time.  I got some cheaper ones to practise on and I could tell the difference between cheap and expensive lipsticks."  Another reason to treat yourself to high-end lipstick!  I wonder how Pat McGrath's or Chanel's lipsticks would perform as sculptures.  :)

Here's a pic to give you a better sense of the scale: I also loved how the sculptures were displayed.  I think Heathrow did a nice job showing them in individual cases and putting photos of the actual buildings below. 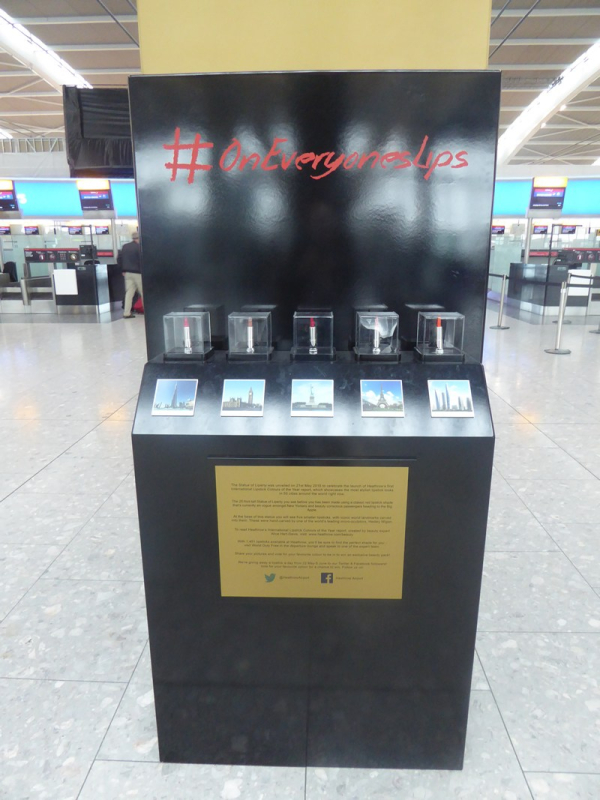 The display also featured a much larger (2-story high!) lipstick sculpture of the Statue of Liberty. 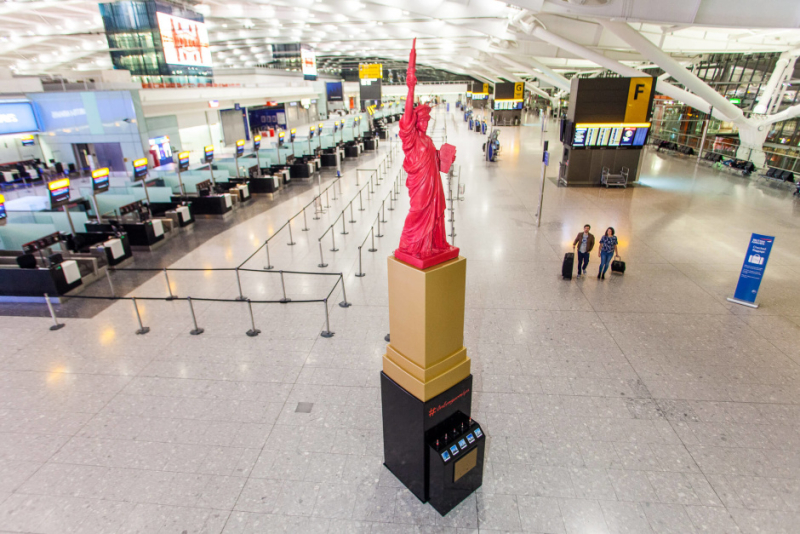 I'm so glad there's a video showing how he works.  It's amazing to watch.

So who is Hedley Wiggan and how did he get into art?  His initial experience is somewhat heartbreaking:  "At age 8 he entered an art competition, hand drawing a Tyrannosaurus Rex with just a graphite pencil, poster paper and a small stamp of the dinosaur to use as a model. A box of chocolate was the prize. The motivation for Hedley was to present the chocolate to a girl in his class for whom he had a deep affection. Hedley dreamed of winning her heart.  His confidence was quickly shattered when his teacher, who was the judge of the competition, immediately disqualified him in disbelief. He said, “You must have cheated and traced this entry.” If only the judge had known that Hedley had been drawing assignments for his friends in class.  Disheartened by this undeserved outcome, Hedley did not pick up a paintbrush and draw again until age 40 when he broke a pencil and noticed it looked like a hand."  In 2012 Wiggan attempted his first carving of an Olympic torch in honor of the London games, which required working around the clock for a full month while also managing his day job as a hospital technician.  His professional medical background came in handy:  "I tried at first with a scalpel but it was too big for the lead so I started using pins and needles and basically anything small enough that I could get my hands on," he says.  (He now uses his own hand-made tools to achieve the necessary precision, as well as a microscope.) 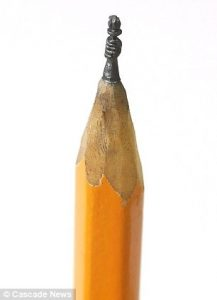 Wiggan wasn't met with much success at first.  "When I tell people what I do, they don't take me seriously, they look at me and think I am talking rubbish," Wiggan noted.  But with the tutelage of his older brother, who also creates micro sculptures, as well as his own hard work and determination, a mere 3 years later he had landed the Heathrow commission and received global attention after making a sculpture of One Direction's Harry Styles.  That same year he also had his own exhibition in Paris. 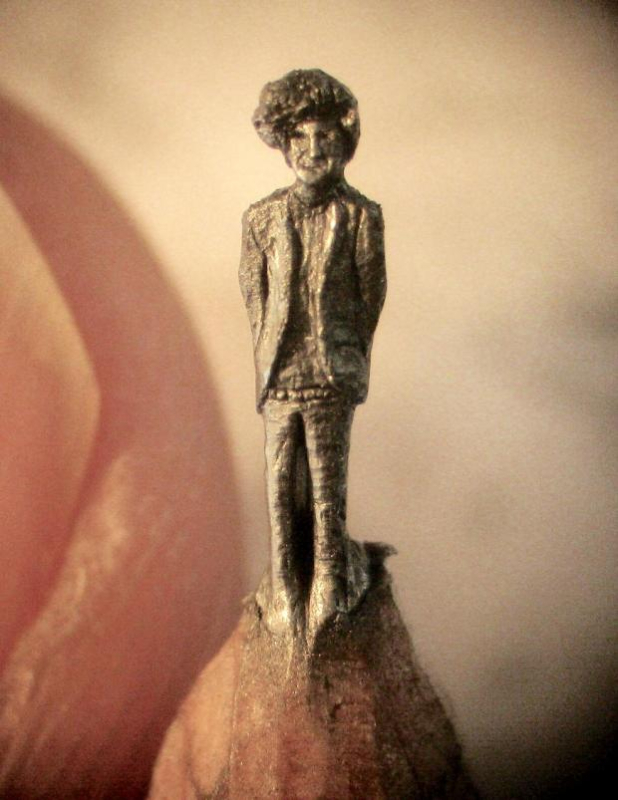 While Wiggan doesn't consider himself strictly a "micro sculptor" - he also paints - his miniature sculptures are probably what he's best known for.  In addition to lipstick, pencil tips and tiny glass jars serve as the foundation for these mini masterpieces. Wiggan cites Dali, Manet and Da Vinci as his favorite artists and draws on a variety of subject matter, from celebrities and fictional superheroes to historical figures and mythical beings. 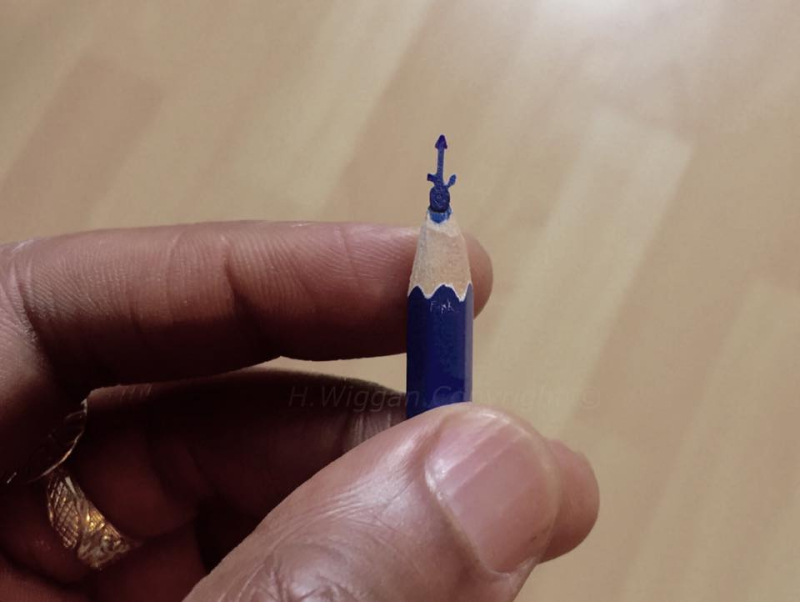 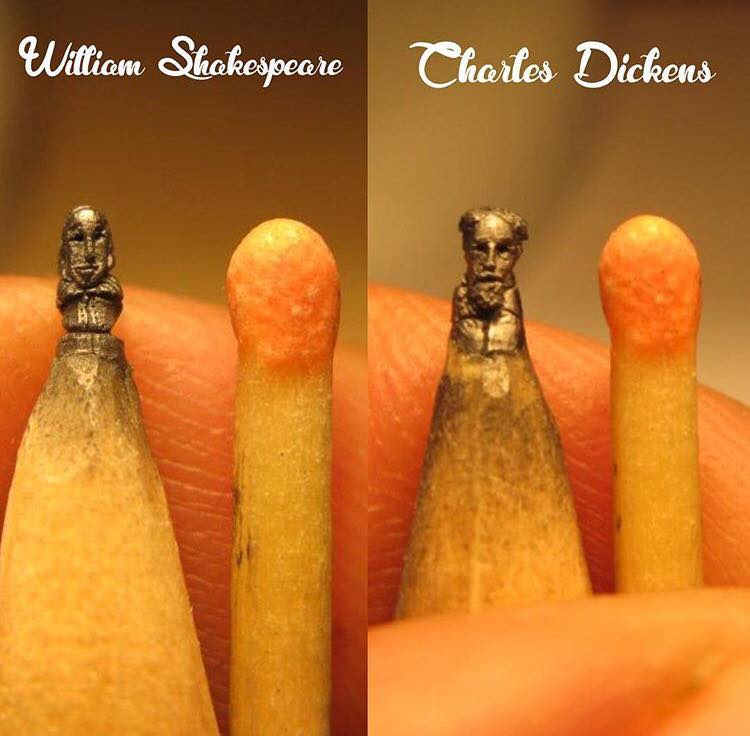 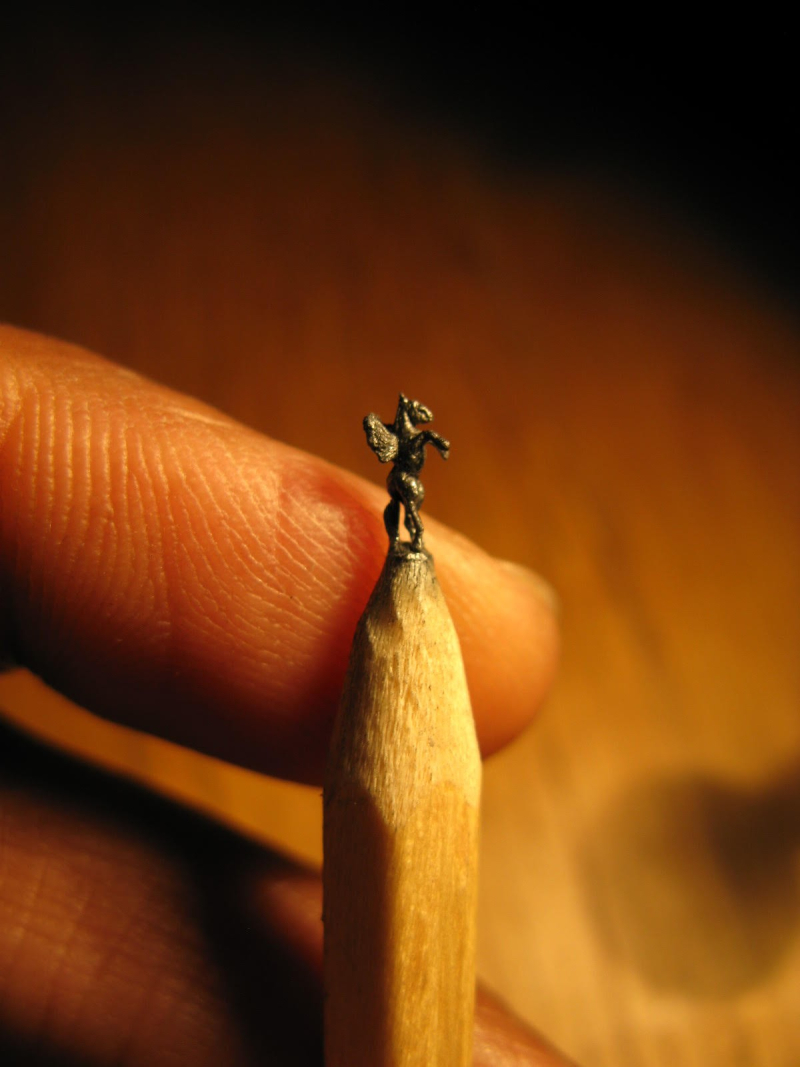 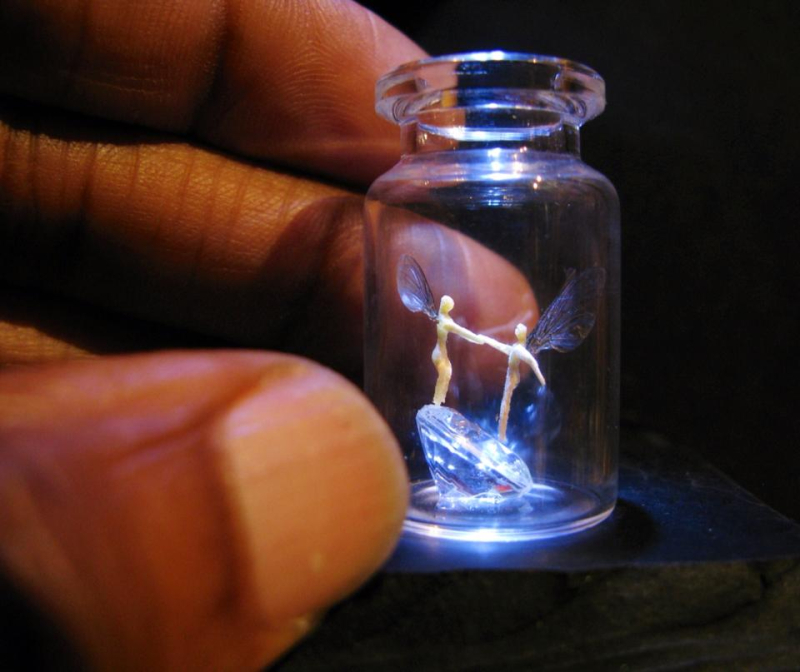 I adore the lipstick sculptures, but my inner mermaid is enamored of Wiggan's shark teeth sculptures that were commissioned by London's Sea Life Aquarium in 2015.  The display was meant to attract visitors and increase awarness for ocean conservation.   Says Wiggan, "I was very excited […] at the chance to work on such a great project as it was for a great cause, and I also love all marine creatures.  I hope that the sculptures will educate visitors to the Sea Life center and teach them the real beauty that surrounds us all.  We [must] treat all creatures with the respect they so rightly deserve.” 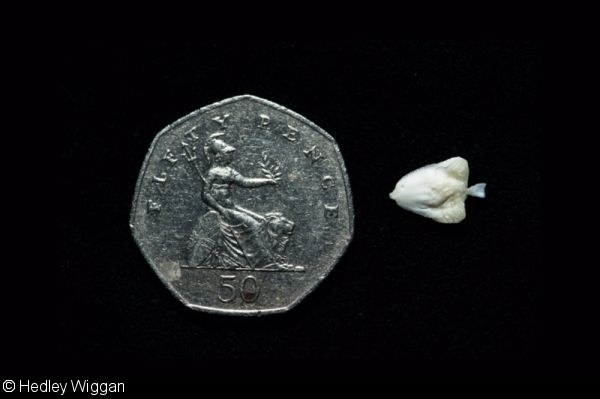 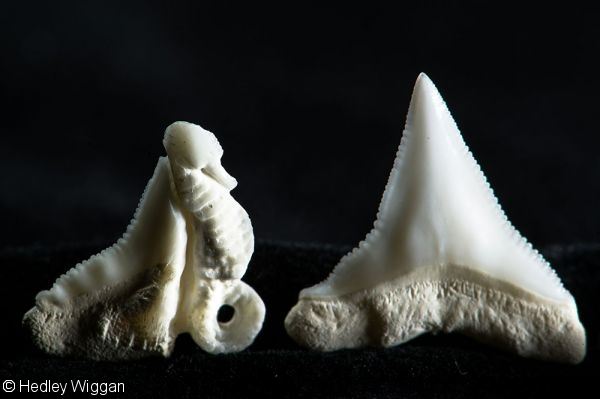 However painstaking these are to make, Wiggan finds that the enormous amount of concentration required is akin to meditation; he genuinely enjoys creating his art and is pleased that people are enjoying it in turn, even though he's not sure exactly what they find so appealing about it. "I feel like art chose me. I find it so relaxing and it makes you more aware of things. You just take so much in...I feel really blessed that people like my work.  I think my art has tapped in to something — I am not sure what that is, but it is going well."  I just wish he'd get back to lipsticks...I wonder how much it would cost to have a mermaid lipstick sculpture!

What do you think?  Which of these is your favorite?