A rose renaissance with D & G

You might remember a time when many roses in makeup were simply not Museum-worthy.  I'm pleased to say that between Smashbox's amazing rose highlighters (the result of a collab with makeup artist Vlada Haggerty) and this stunner from D & G, the rose motif has redeemed itself. 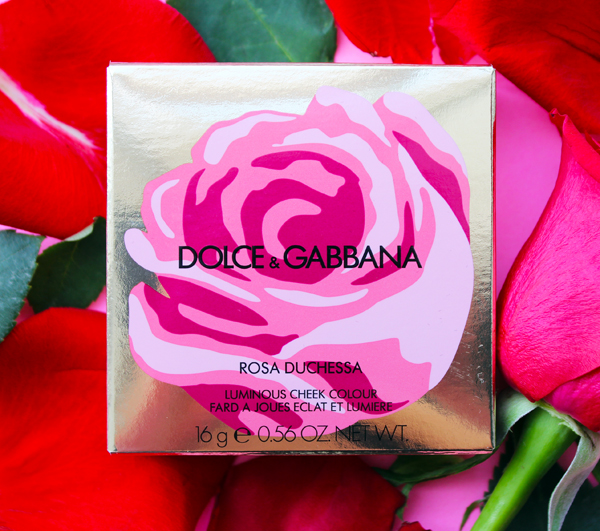 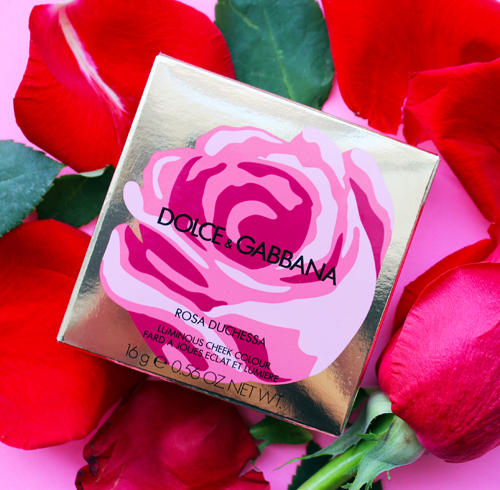 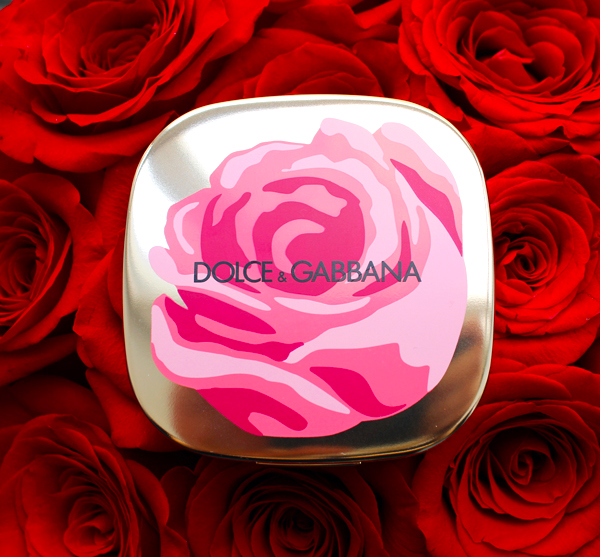 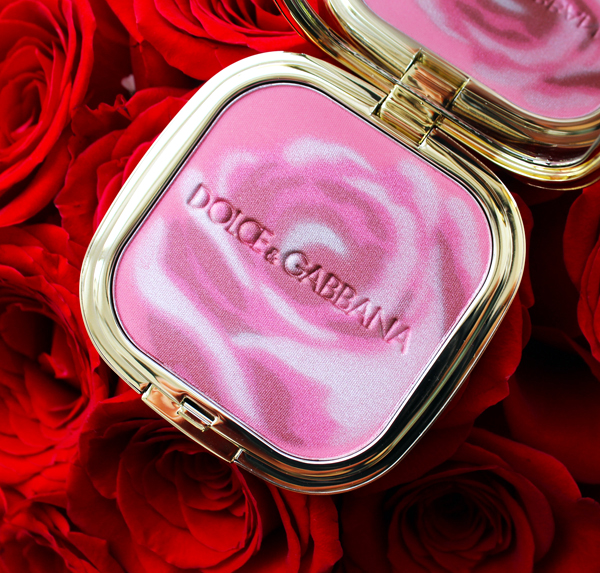 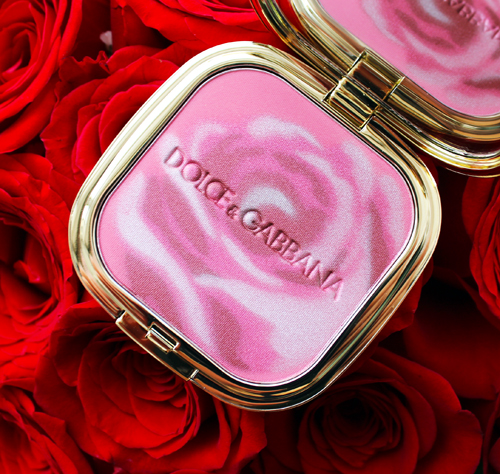 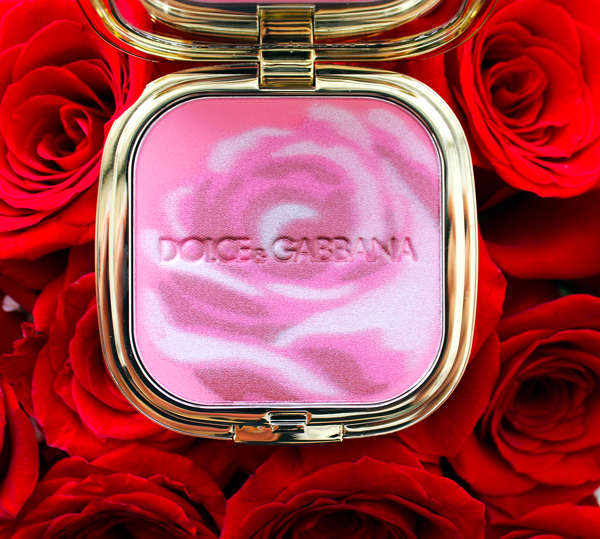 The blush is appropriate for the designers' spring 2018 lineup, which can arguably be described as an explosion of roses. 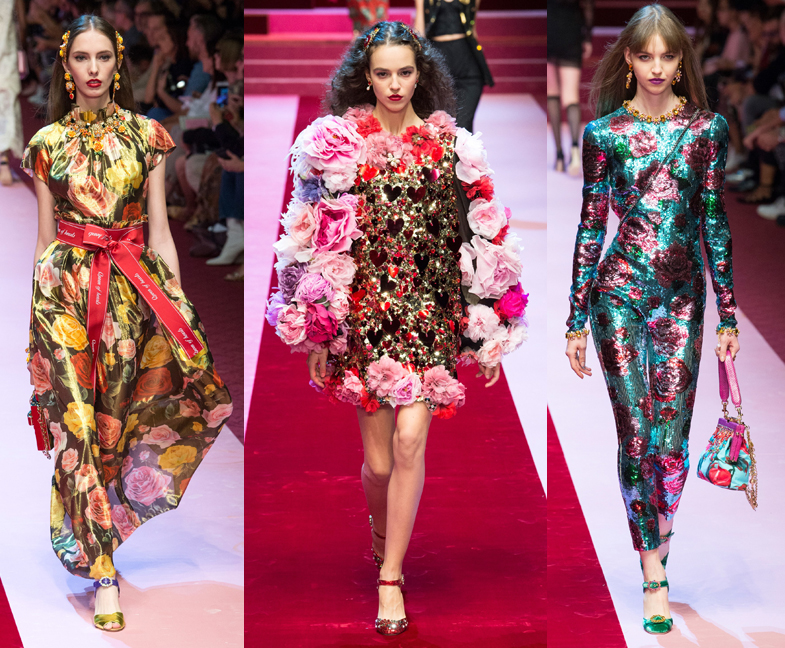 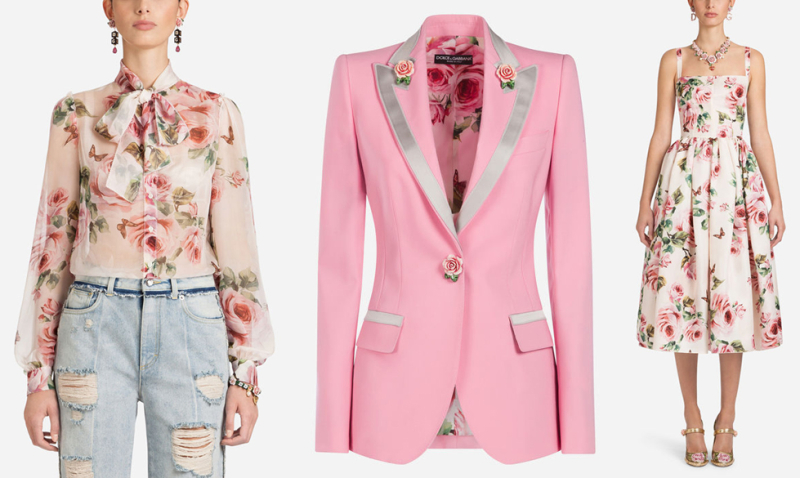 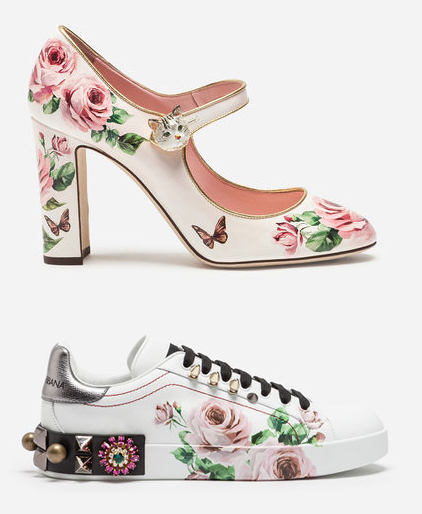 As a matter of fact, D & G has been celebrating their favorite flower rather heavily the past few years.  A few highlights from recent seasons: 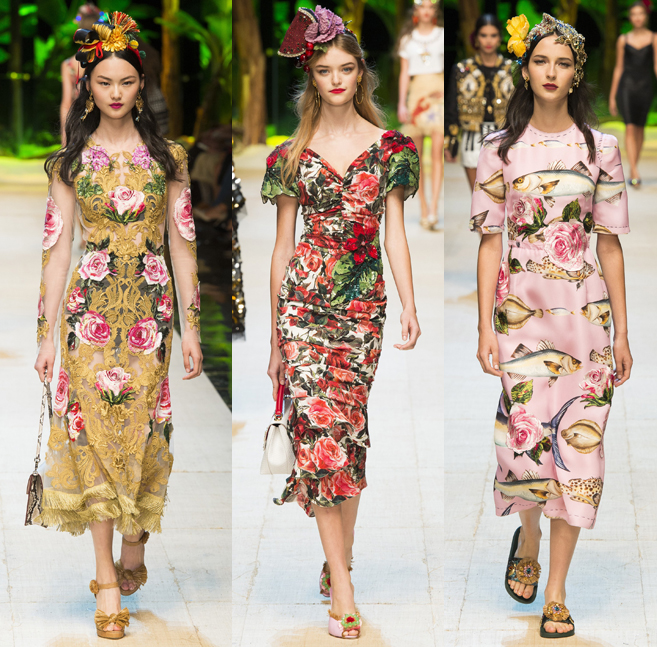 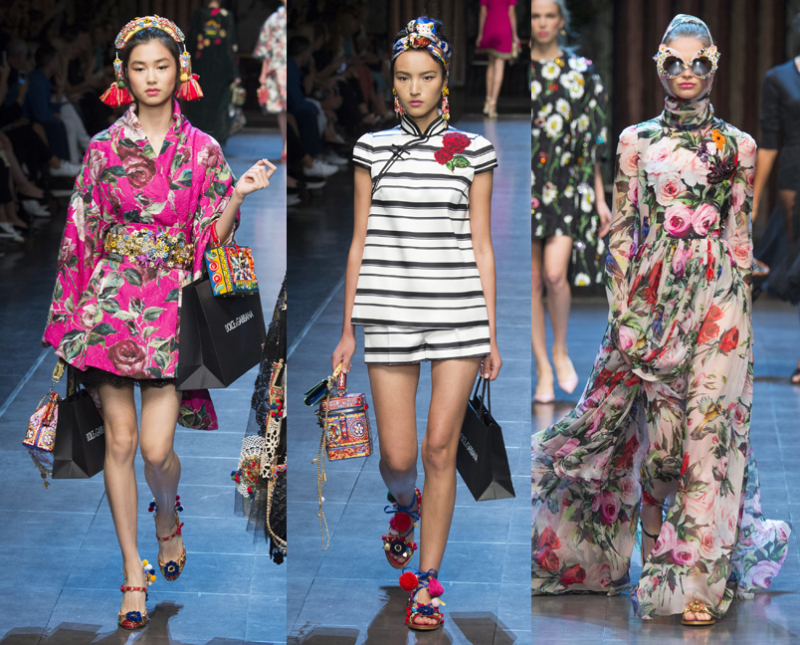 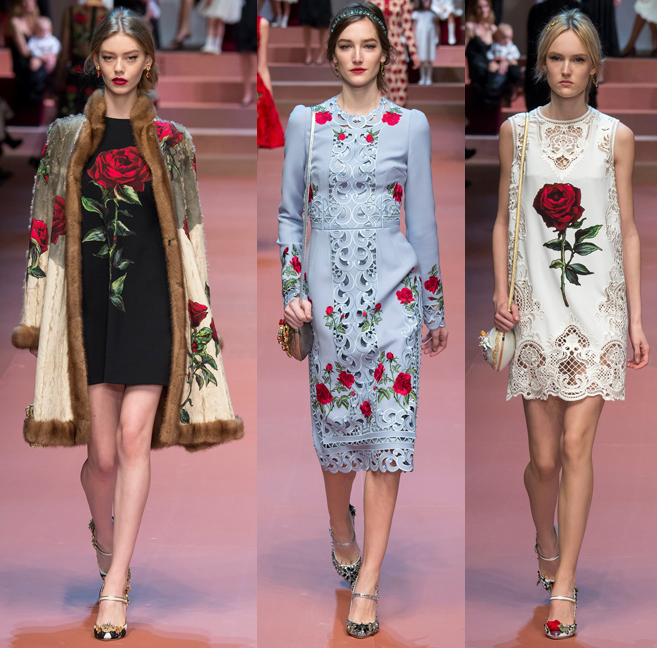 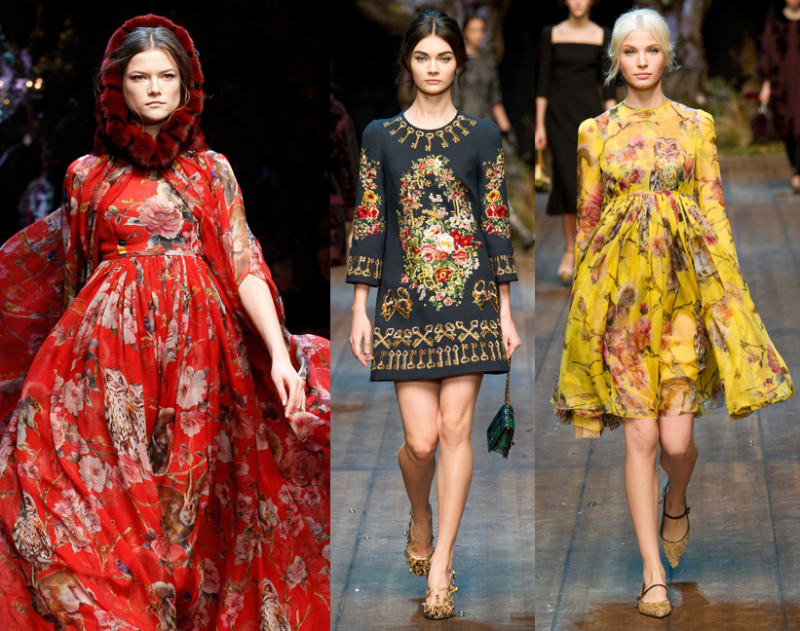 While there seems to be a noticeable uptick in the use of these blooms more recently, they've been blossoming in the D & G line nearly since its inception.  According to this profile, the first instance of the rose motif appeared in the the fall/winter 1989-1990 collection, which was inspired by actress Anna Magnani in the 1955 film The Rose Tattoo.  The collection was modeled in Vogue Italia by Isabella Rossellini.  Alas, I was unable to find a good photo that actually showed one of the pieces featuring a rose, but I hope this dress from the mid-90s will help trace the evolution. 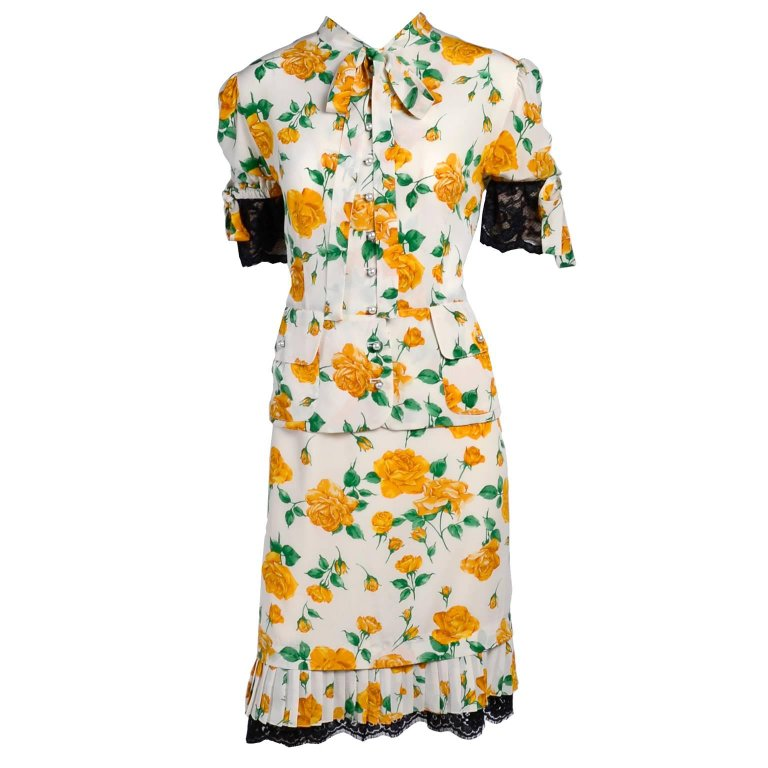 The runway makeup also has a rose-centric tendency of late. 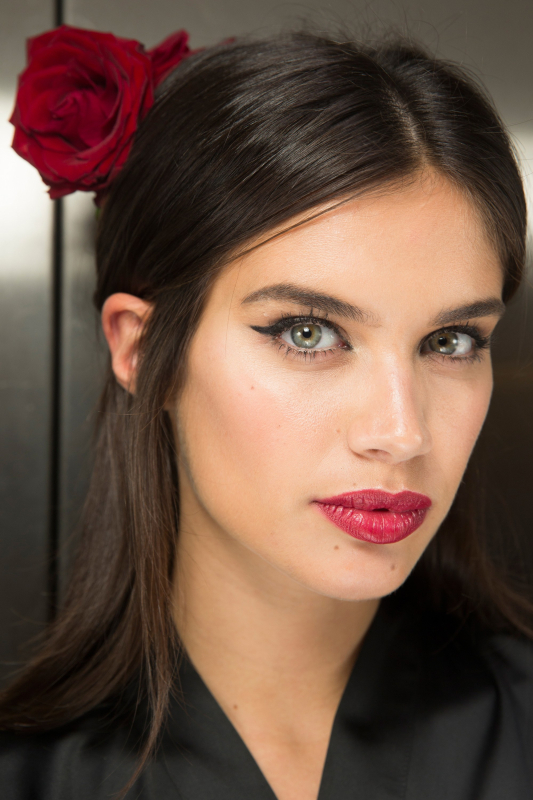 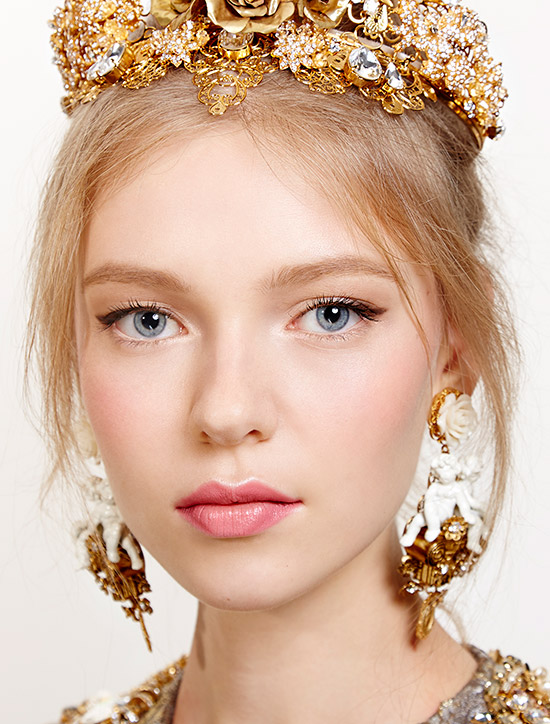 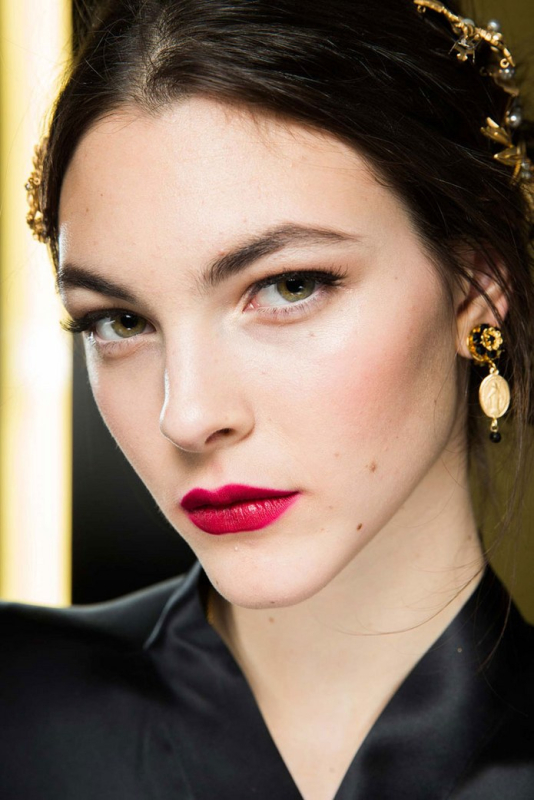 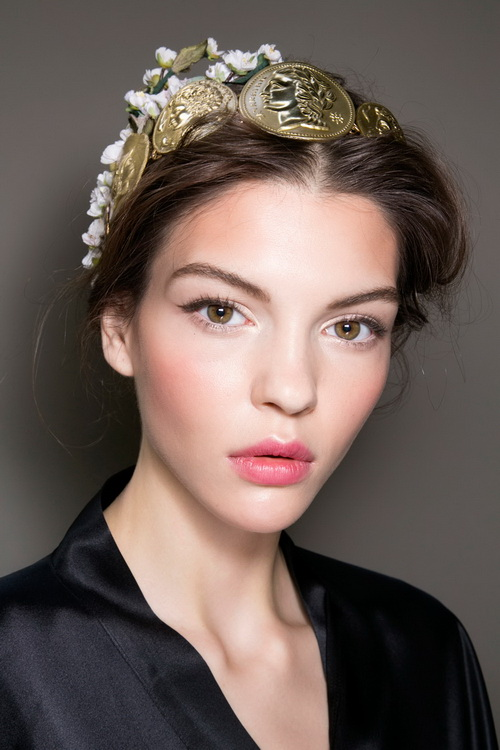 Finally, D & G's makeup itself serves up a rose bouquet.  One of the inspirations behind the beauty line is Stefano's memories of his mother's rose-scented lipstick:  "The rose was everything to the [fall 2015 fashion] collection, not just because it's the flower you give your mother on Mother's Day, but because Stefano's favorite childhood memory of his own mother is the rose scent of her red lipstick. That's why Dolce & Gabbana's lipsticks are uniquely fragranced."  Additionally, the mauve and pale pink tones of the spring 2016 makeup collection took their cue from a rose garden, and later that year a line of cream blushes called Blush of Roses was introduced. 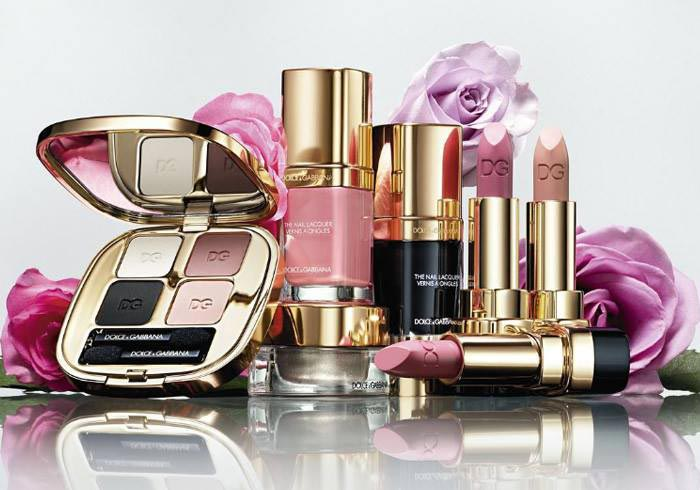 The spring 2018 highlighter, however, is the first time the rose has been visually represented in the makeup.  While I don't think this is the most unique palette - roses in makeup are nothing new, and D & G might have chosen a more interesting motif that reflects their appreciation of Sicilian culture like the carretto or coins as they did in seasons past (and how cool are these fish?!) - I believe design-wise they did a good job.  The rose looks more like a somewhat abstract illustration rather than a literal image of the flower, lending an artful and sophisticated air.  And I can lose myself in the ever so slightly shimmering pink and fuchsia swirls of the powder.  Would I like to have seen the rose embossed rather than a flat representation?  Maybe, but it's gorgeous as is.  I just wish I could find more comprehensive information on the designers' love of roses.  My theory is that the particular character and significance of the rose changes each season to accommodate whatever theme they've created.  For example, the fall 2015 collection was inspired by maternal love and the roses presented as gifts to mothers, while during the previous season, the flower took on a different meaning to fit the Spanish flair of the collection:  "Carnations and roses are the flowers most symbolic of love that were also thrown into the arena to show admiration and love for the toreador in traditional bullfights," explained Gabbana.  I'm not exactly sure what message they were trying to get across with the rose for spring 2018 (other than general theme of love in the case of the clothing and this rather bland description of the makeup collection: "inspired by a springtime garden in Sicily"), but this is one of those instances where I can let it slide due to the beautiful design of the blush.

What do you think of this palette?  Do you like rose-hued makeup?