'Tis Friday, so I will keep this post on Givenchy's spring 2018 couture collection brief.  The floral print, while beautiful, doesn't exactly read spring to me - the black background and dark hues of the flowers themselves seem rather moody and more suited to fall.  Nevertheless these items were definitely Museum-worthy and a nice addition to previous Givenchy couture releases. 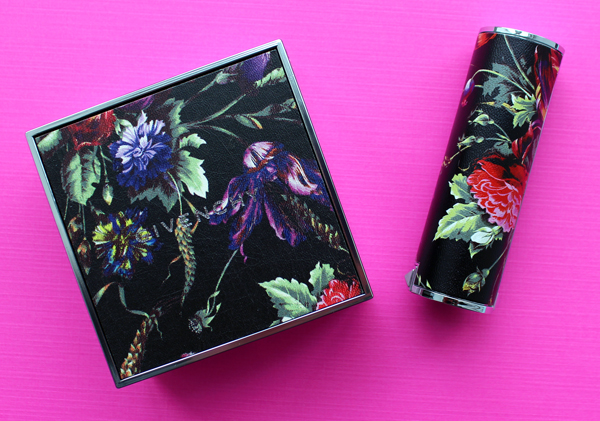 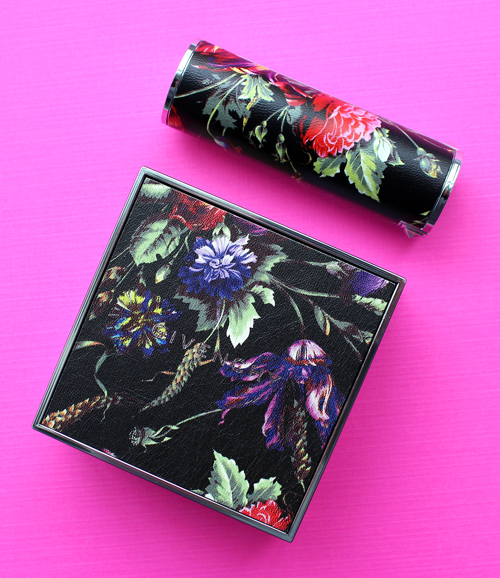 I've seen this lipstick swatched and it's a gorgeous rich raspberry shade. 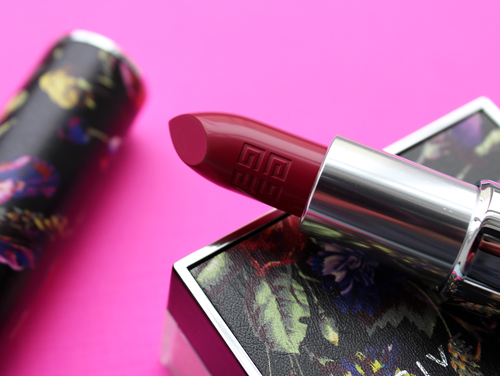 It took a while for me to identify the print, and that might have because I assumed it would be from the most recent spring or even fall collection.  Turns out, it's actually from the fall 2013 collection.  So my perception of the pattern being more appropriate for cool weather wasn't inaccurate.

It looks like the color scheme was adjusted slightly from the original red and ivory to include blue, purple and dashes of yellow on the makeup packaging. 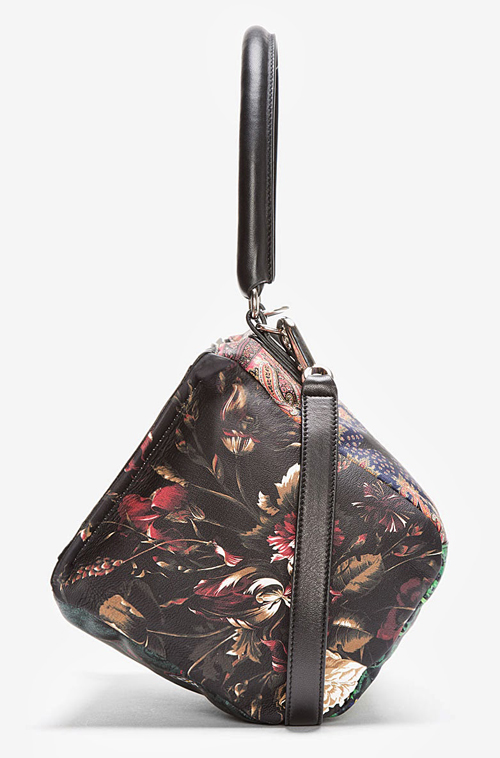 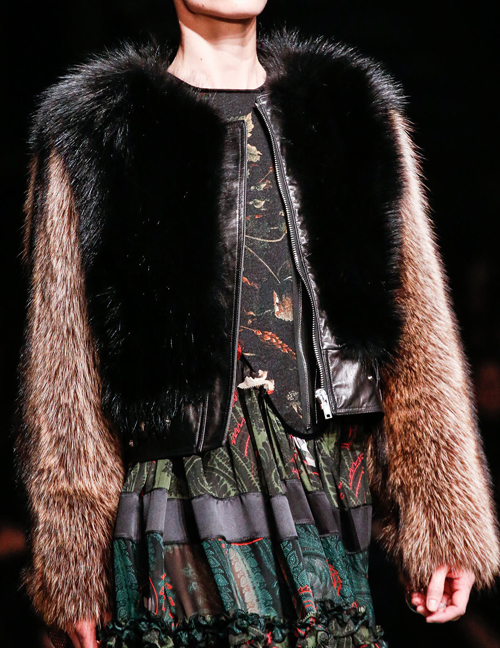 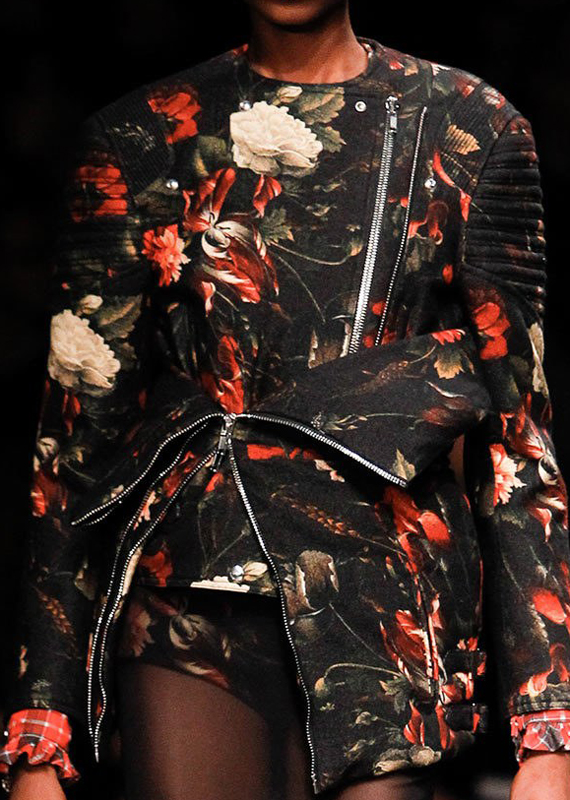 As you may know, I'm obsessed with finding the exact portion of the print that appears on the makeup. 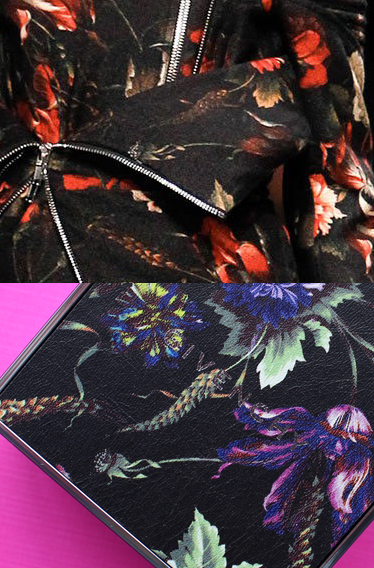 While I maintain that the print is even lovelier on makeup packaging than on the clothing, I'm still scratching my head as to why Givenchy chose a five-year-old pattern that was originally from a fall collection for their spring 2018 couture makeup release.  Overall, I'd say it's pretty to look at but rather uninspired.  It seems like they slapped on any floral print they could find but one they hadn't put on packaging previously just because it's spring - everyone likes flowers for spring, right?  It appears all the more unimaginative when you consider Givenchy had some interesting prints to choose from the ready-to-wear collection that would have worked nicely on makeup, such as these clovers.  The print is a 1961 original by Hubert de Givenchy, resurrected by recently appointed Givenchy designer Claire Waight Keller.

It's another example of a disconnect between the clothing and makeup branches of a couture house, which we've seen with others.  Perhaps Makeup Artistic Director Nicolas Degennes is not "collaborating" as much as he should be with Keller.  Unfortunately it seems this laziness and lack of coordination is continuing, along with a dash of cultural appropriation, in the upcoming "African Light" highlighter Givenchy is releasing for summer (more about that later).

What do you think about this collection?