I was supposed to write a post rounding up all the delectable Chinese New Year goodies, but not all of the ones I ordered arrived.  I didn't want to write it without having everything in hand so instead, I thought I'd celebrate the packaging design mastery that is the MAC Jeremy Scott collection.  You might remember Scott's teddy bear-themed Moschino/Sephora collab from last year, but the MAC collection is under the designer's own name, and dare I say, even more amazing design-wise than the "beary" cute goodness served up by the Sephora collection.  This is especially true for those of us who grew up with mix tapes and CDs - as a child of the '80s and a teen/young adult in the '90s, the nostalgia is quite strong with this collection.

Scott wanted it to look like "something you'd buy at Best Buy" and that's exactly what it resembles.  Every last detail on each of the three pieces (CD, cassette tape and boom box) make them look like the real deal.  As a matter of fact, I left them sitting on the kitchen counter for a couple days before taking photos and every time I walked by they threw me for a loop.  I couldn't remember whether I was supposed to be making a mix tape or CD for someone, or thought maybe the husband is making one for me, as he did early on in our courtship.  It was sort of like being in a time warp. 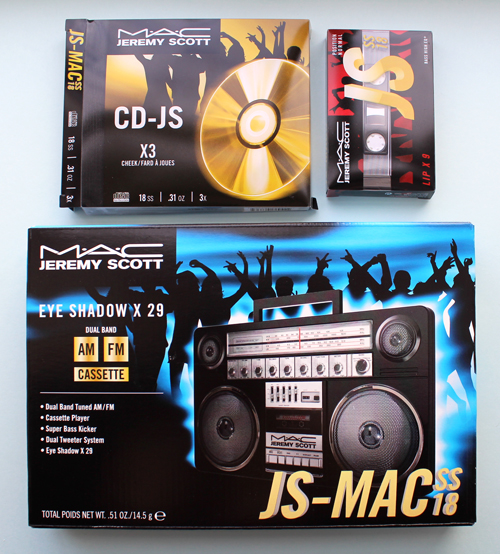 The collection is obviously inspired by music and the fact that Scott remains one of the top designers for the world's leading pop stars.  It also reflects his perspective on the similarities between music and makeup .  He explains to British Vogue:  "Music plays a huge part in getting me into the mood, whether that be music from certain time period, or something aggressive or something that sounds ethereal – it envelops me and gets my mind in a certain frame for creating. Often when I’m designing clothes for my girls like Katy Perry, Rihanna, Miley Cyrus, either for a tour or for a red carpet event, I will play their songs and channel their spirit. Or when I miss them, I play their music and they’re with me, they’re chatting in their room. Music carries the essence of somebody. That’s why we fall in love so hard with musicians, they’re connecting with our hearts on such a visceral level...I’m fascinated by music and how you can change the mood of a whole room just by changing the song. Music fills the air and wraps itself around you. To me, that’s a similar quality to what make-up can do – both have such a transformative quality. You can wear a plain white T-shirt and scruffy jeans, but put on a bold lip and there’s a whole different feeling. Make-up can overpower the apparel. I wanted this collection imagery to show different inspiring moments in music, including a boom box, cassette players and CDs, and really play on the frivolity of a night out as well as make-up and music’s transformative power." 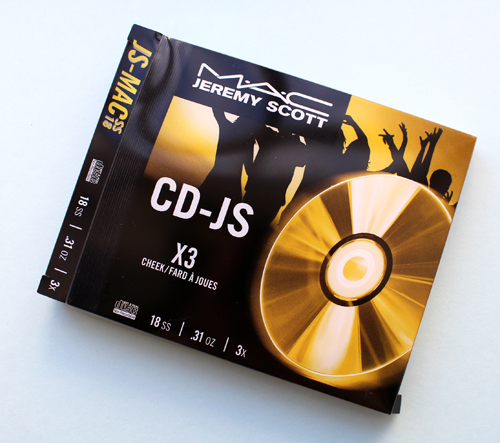 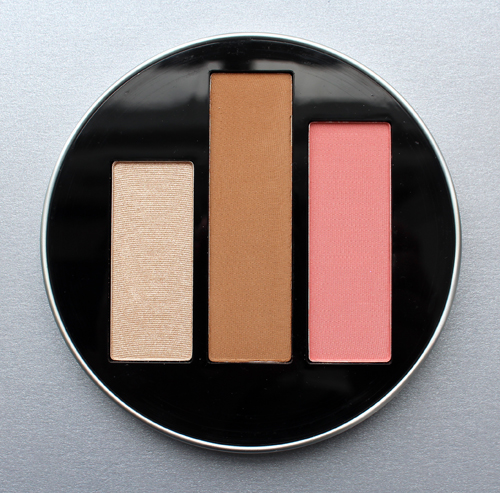 MAC originally approached Scott two years ago for a collaboration, since they've been doing the makeup for his runway shows for years.  The reason it took so long for it to come to fruition was in fact the design aspect.  I can absolutely believe it would take years to create makeup packaging that 100% mimics the technology we used back in the day to listen to music.  Scott notes the importance of the packaging to him and his hopes that one would display it. "Any time you have special molds for compacts and cases, that takes a super long time. I wanted the compacts to be a living thing — maybe after you’ve used all of the makeup, you still want to keep it because it’s an object. I think it can be repurposed and sit on your shelf." 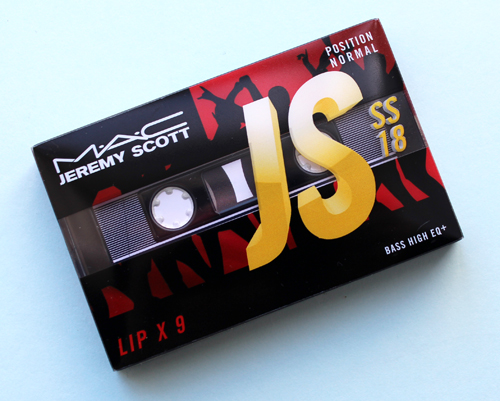 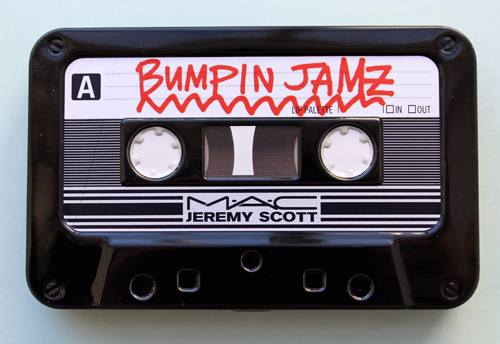 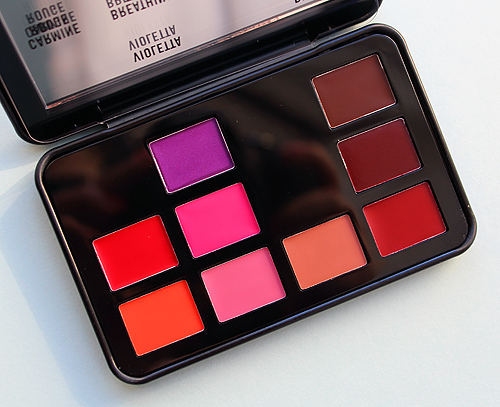 The coup de grace in the collection (and the most divisive among makeup enthusiasts, as we'll see shortly) is the boom box eye shadow palette containing 29 shades.  It's simply filled with breath-taking details, from the box to the outer case to the interior of the palette.  I'm wondering whether MAC did all of these in-house or worked with an outside design firm.  Either way, the collection is beyond creative and unique, and I hope whoever came up with the designs gets an award. 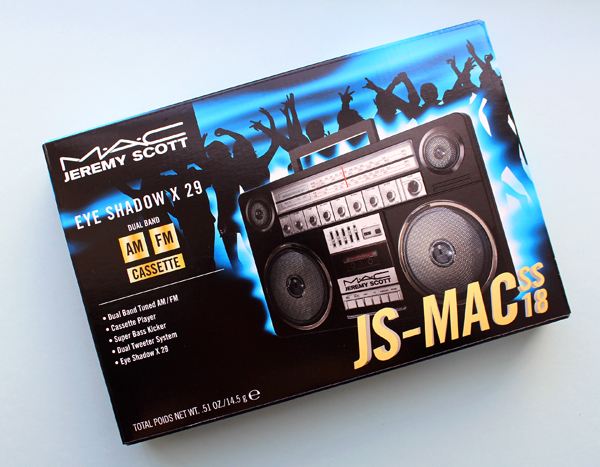 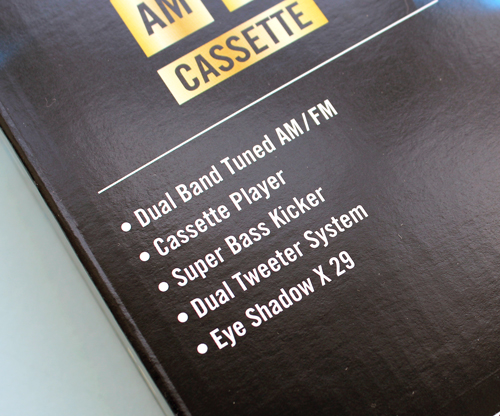 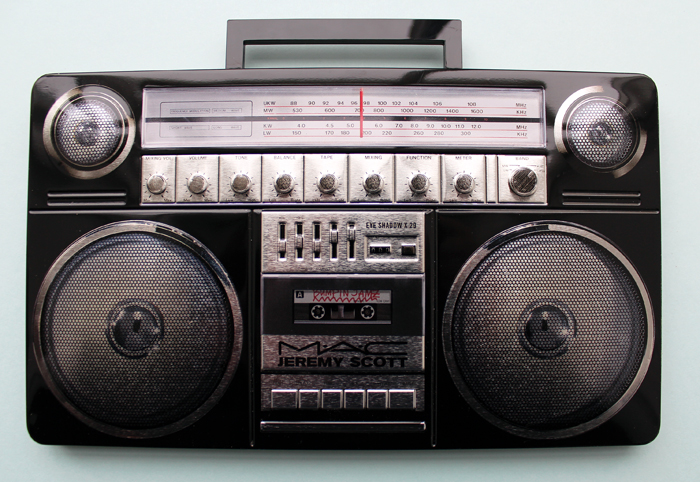 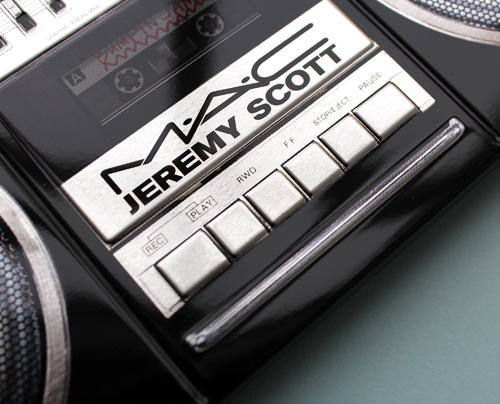 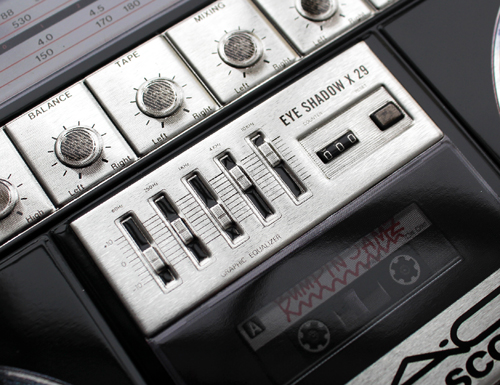 While many shared my favorable opinion of this collection, there was a handful of detractors who outright abhorred the eye shadow palette.   Some commenters claimed that the overall gigantic size of the palette made it clunky and inelegant, but it was the inside that seemed to make people the most hostile. Many took issue with the "waste of space" necessary to achieve the equalizer effect.  Here are a few rather harsh comments: 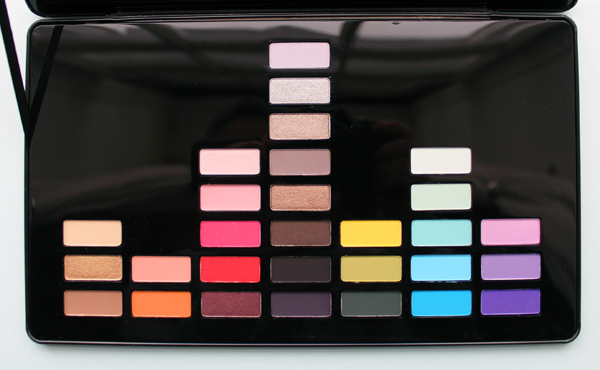 The collection also seemed to dredge up the age-old discussion of buying makeup just for the packaging.  I'm cringing from this Reddit post: "So the New eyeshadow palette is half empty because of the equalizer design/Sound waves. And I saw someone on IG saying that she bought it, was never going to use it, But just had to buy it because of the packaging. This palette costs 75$! I hear so many on youtube talking about packaging and how they are gonna buy something just because it looks cute/beautiful/whatever, and I don't understand how that can be enough of a reasoning. Makeup is (in my eyes) not decor But something to be used. So my question is, can anyone explain Why packaging is enough of a reason to buy something, What you do with the makeup that you don't use But is pretty or just give your overall thoughts on gimmicky packaging and limited edition “collectors items”? :) I'm sorry if I Sound super judgy, I just dont get Why you would buy something only for the packaging, name, brand or theme if you know you don't like the colours or wont/cant use it."

It seems my decade-long attempt to get people to understand that collecting makeup with interesting/beautiful packaging is just fine, and even worthwhile from a historical perspective, has gone unnoticed.  It's disheartening to say the least, as many respondents chimed in with how they appreciate nice packaging but would never buy makeup just for the packaging alone and not use it; apparently it's "mindlessly consumerist" and "dumb".  One of the positive things in that Reddit post is that the OP noted that she sees "so many" on YouTube purchasing makeup just because it's pretty, without any intent of using it.  So maybe more people are getting into the notion that appreciating makeup as an art object in and of itself is an acceptable pursuit.  Still, I'm tired of people being judgmental about collecting makeup.  (I'm also sick of these same people claiming not be judgmental by adding drivel such as "to each their own" or "whatever, it's not my money" to their disparaging comment, as if that makes their statement non-judgmental.  Please.  It's like someone texting "fuck you" with a smiley face emoji - doesn't make it any less obnoxious).  I mean, no one's forcing them to buy things just for the packaging, so what do they care if other people do?  There's no harm in companies making whimsical packaging or in people buying it.  I don't want to continue rehashing my stance on makeup collectibles and why they are museum-worthy, but you can read it here.  In the case of the Jeremy Scott collection and the issue of waste, it's annoying to see people complain about what they perceive to be excessive packaging.  I guess if you only look at makeup solely as a utilitarian item, you're narrow minded and have no imagination that's fine, but I don't think it's right to be holier-than-thou and pontificate about the environmental impact of certain items when they were designed to be collector's pieces.  I wonder whether these people complain as much about this for other objects or only makeup.  I'm also betting that the vast majority of people who bought the collection aren't necessarily going to throw the items in a landfill when they're done using them - as Scott suggested, they are more than likely to keep them as display pieces.  Finally, I think in the case of this particular palette, it's actually a decent value - at $75 for 29 colors, it comes out to about $2.60 per shadow.  (Alas, the quality was dismal, but that's not what I'm focusing on, obviously).

The other packaging-related thought I have rattling about in my head that is that the collection still has not sold out.  On the release date (February 8), I woke myself up around every half hour starting at midnight so that I could have a chance of nabbing the collection before it sold out, which I was sure it would do in seconds.  Instead, over 2 weeks later all three pieces are still widely available at various retailers.  I'm wondering whether it has something to do with the packaging - not because wasted space issue, but because it's not appealing to a younger crowd.  You would think the bright colors would be a natural draw for a youthful demographic, but CDs, tapes and boom boxes probably don't have the same nostalgic impact on, I'd say, anyone under 25, so the packaging might have missed the mark with a good portion of MAC's target audience.  I'm having this vision of a group of teens/early 20-somethings walking by the MAC counter and being genuinely confused as to what they're looking at ("What's THAT supposed to be?"), since they were raised in the digital age where music largely doesn't exist in these sorts of physical formats anymore.  Indeed, I'm not the only one who thinks this might be the reason behind the non-sellout status of the collection.  I also think one commenter's musing that the collection might have been more palatable to the youth if it had included a record-shaped compact is hilarious - maybe those teenage hipsters who listen to records would have bought it.

Final thoughts:  it might be the nostalgia talking, but obviously I think the collection was worth every penny due to the incredible packaging.  The design is also a perfect reflection of Jeremy Scott since it's just as fun and over-the-top as he is.  Even without his name on every piece you could most likely tell it was his collection.  While I'm dismayed at how some people criticized the packaging of the eye shadow palette with no legitimate reason, I'm heartened by my fellow xennials who recognized and appreciated just how faithfully every detail of the music technology we grew up with was replicated.  The only thing I would have done differently is add a Walkman palette to the mix - I was positively glued to mine in the '90s and still miss it to this day.