Still plowing through holiday 2017 collections - hopefully you're not getting tired of them!  Today I'm sharing Chanel's exquisite Signe du Lion highlighting powders, which are based on their Sous le Signe du Lion jewelry line that was launched in 2013. 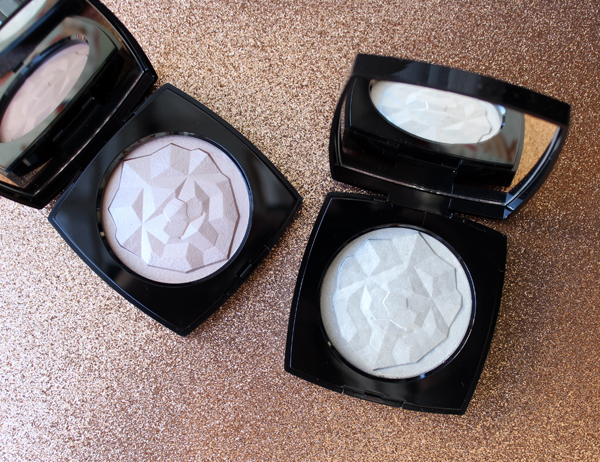 I don't know why Chanel released these highlighters now, as I didn't spot any lion-themed pieces in any of their most recent fashion collections, but I'm not sure I care.  Just look at them! 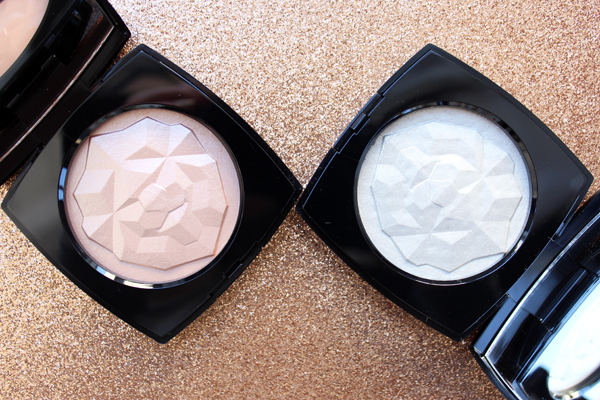 I also really like that Chanel opted for rose gold and white gold colorways rather than the more traditional silver and yellow gold.  Of course those are always nice options -  I will never turn my nose up at silver and gold, especially around the holidays - but I feel these are more understated and a little bit unexpected. 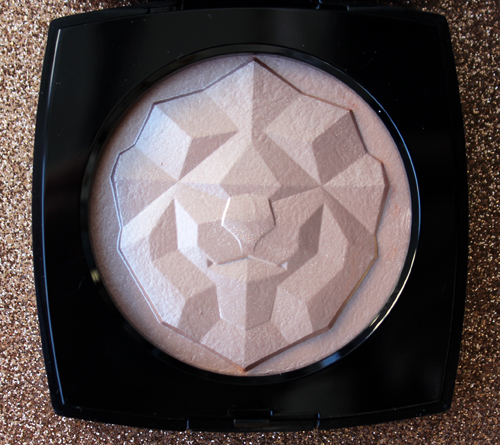 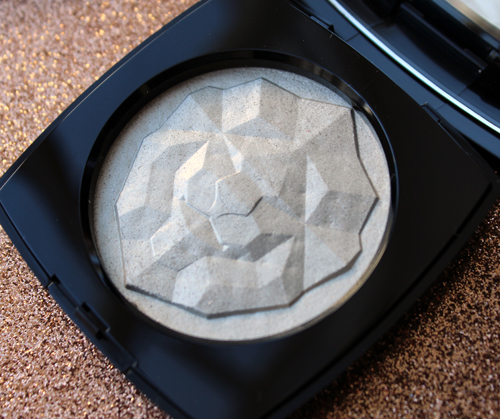 The jewelry line originally consisted of 58 pieces and was inspired by Coco Chanel's love of the lion motif.  I'll let The Jewellery Editor give the full background.  "Not only was Mademoiselle Gabrielle Chanel born under the star sign of Leo. In 1920 she travelled to Venice for the first time, at an impressionable moment her life when she was mourning the death of Boy Capel, her great love.  Lulled by the waters of the lagoon and entranced by the opulence of Byzantine art, it was in Venice that Gabrielle emerged from her sorrow. Here she found inspiration and strength in the rich gold tiles of the church cupolas, the mesmerisingly bejewelled Palo d'Oro altar piece of St Mark's and the ubiquitous lions that grace almost every building, door knocker and public monument of La Serenissima.  The lion is the symbol of St Mark, the patron saint of the city, whose relics rest in the Basilica. The lion is also a symbol of power and the dominance of Venice over the world during the Renaissance - an apt figure for Gabrielle Chanel, a powerful woman who decorated her rue Cambon apartment with statues of lions and used them in couture details such as buttons, handbag clasps and brooches."

Let's take a moment to drool over some jewelry highlights, shall we? 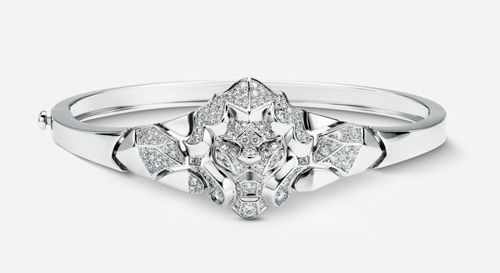 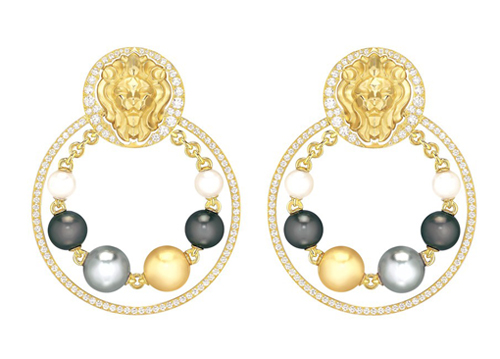 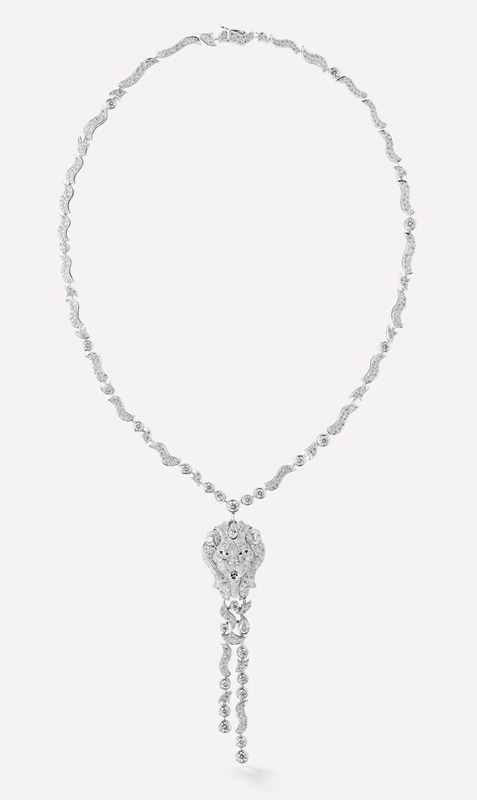 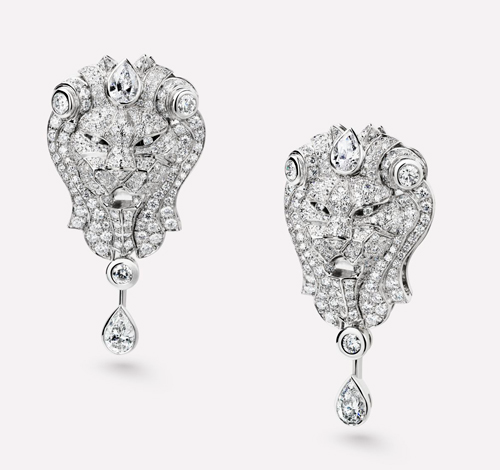 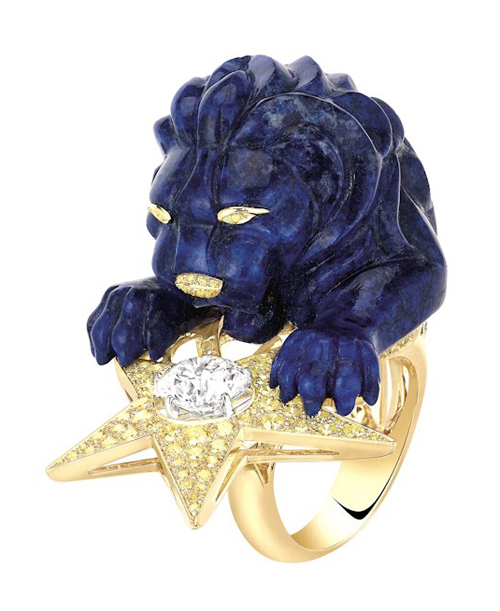 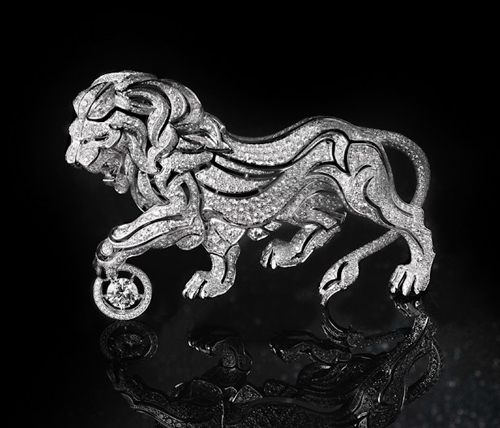 I think this ring most resembles the design on the highlighters. 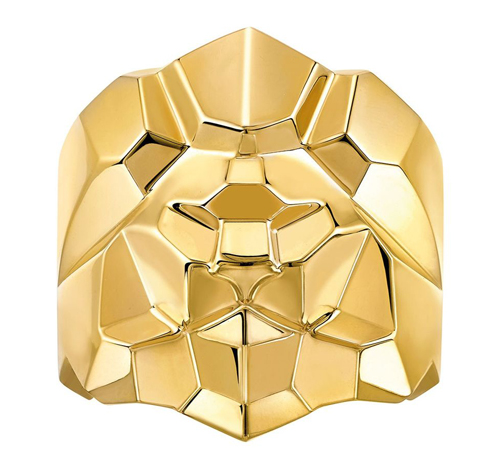 (images from chanel and jewelsdujour.com)

I wanted to see whether any lions had popped up in Chanel jewelry and accessories prior to the 2013 jewelry line and was pleasantly surprised to find they had been roaring throughout a good chunk of Chanel's history. 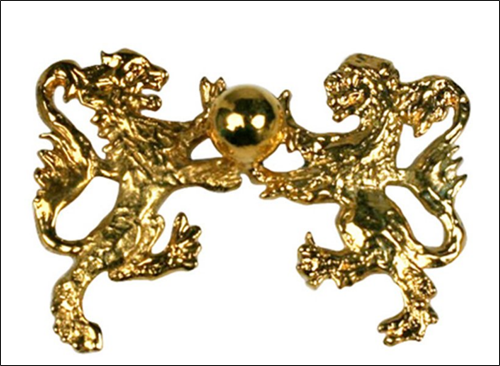 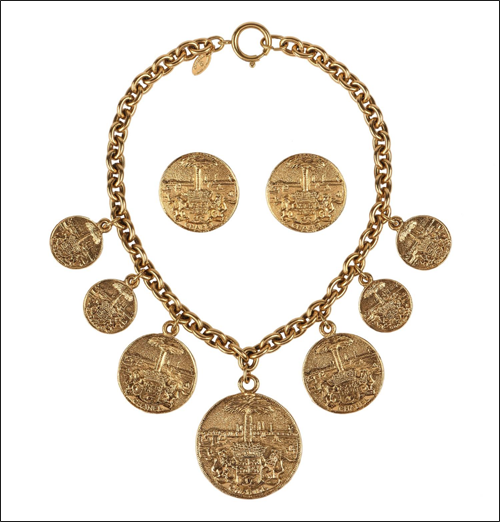 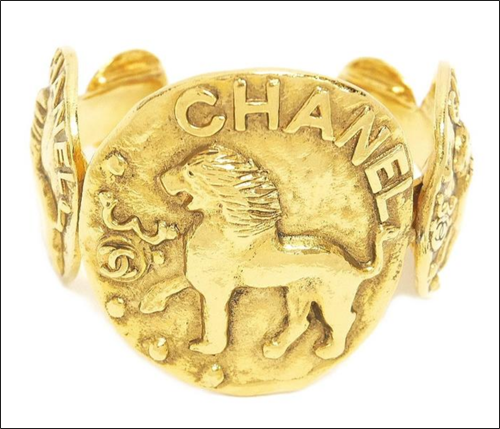 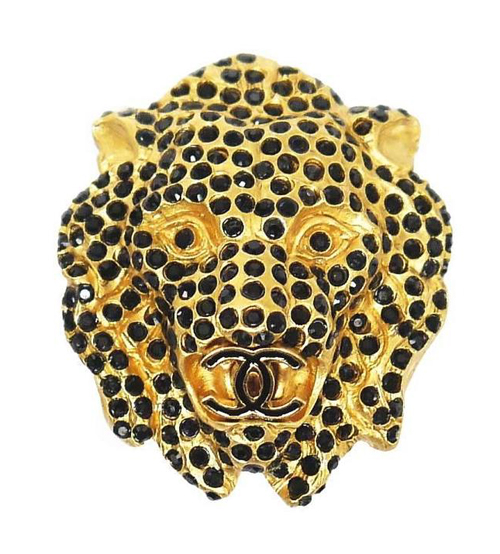 I was also curious to know whether Chanel was fabricating, or at the very least, embellishing Coco's fondness for lions as a marketing ploy to sell the jewelry line.  Once again I was surprised to see that Gabrielle Chanel did appear to have a genuine love for the motif as evidenced by this 1960 magazine spread and photos of her apartment, which show that she did indeed decorate it with an abundance of lions.  Additionally, in 2016 Chanel carried on the legacy of its founder's appreciation for the motif by paying for the restoration of the lion statue, as well as the surrounding mosaic, on the facade of St. Mark's basilica in Venice.  So it looks like Chanel wasn't...lion. (I'll be here all day, folks.) 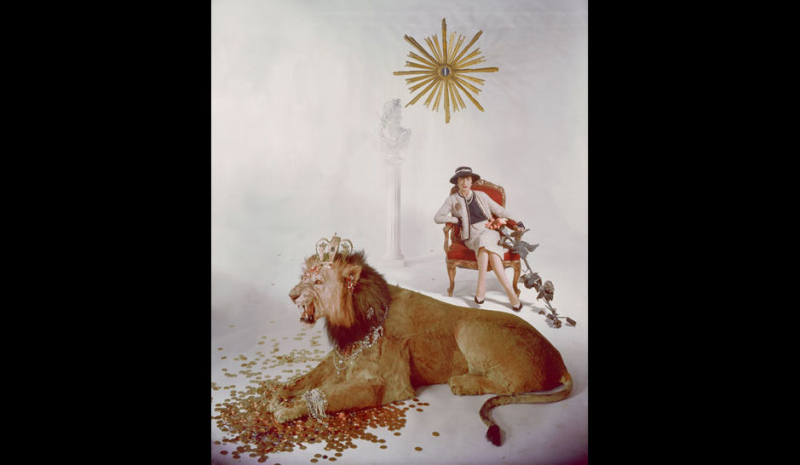 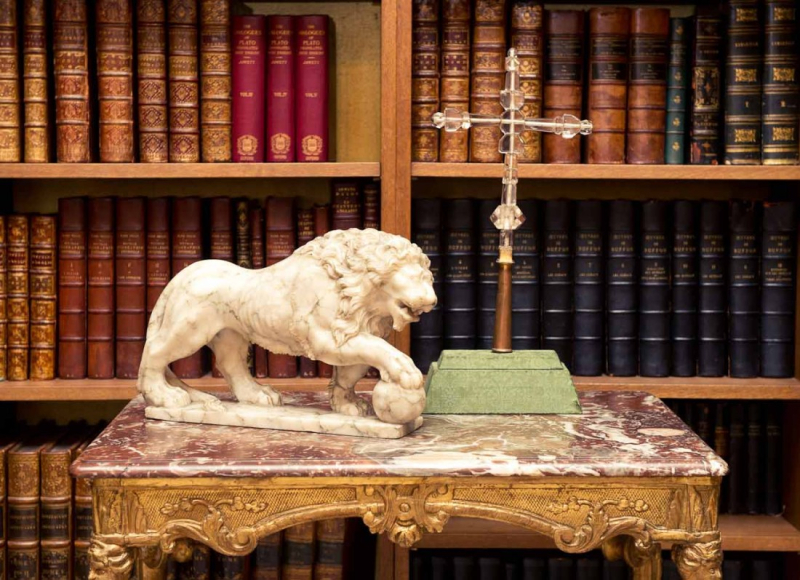 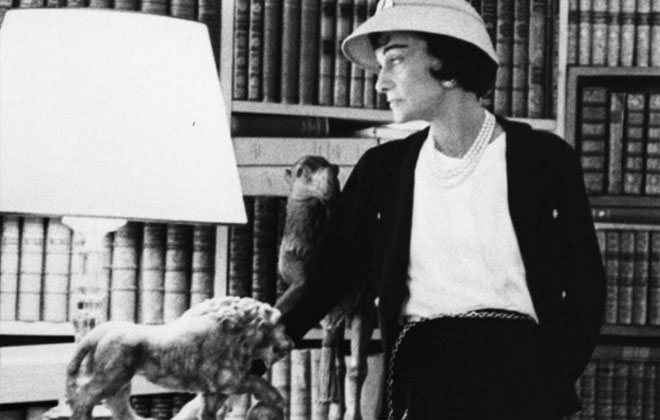 This bronze statue served as the inspiration for Chanel's fall 2010 couture show, for which Karl Lagerfeld, grandstander that he is, commissioned an enormous version of the statue as the runway's focal point.  He even had a male model don a lion's head for the grand finale. 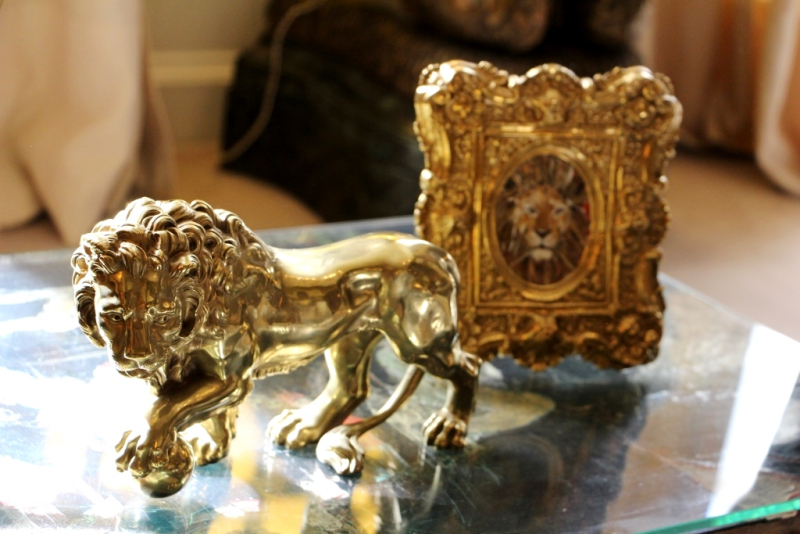 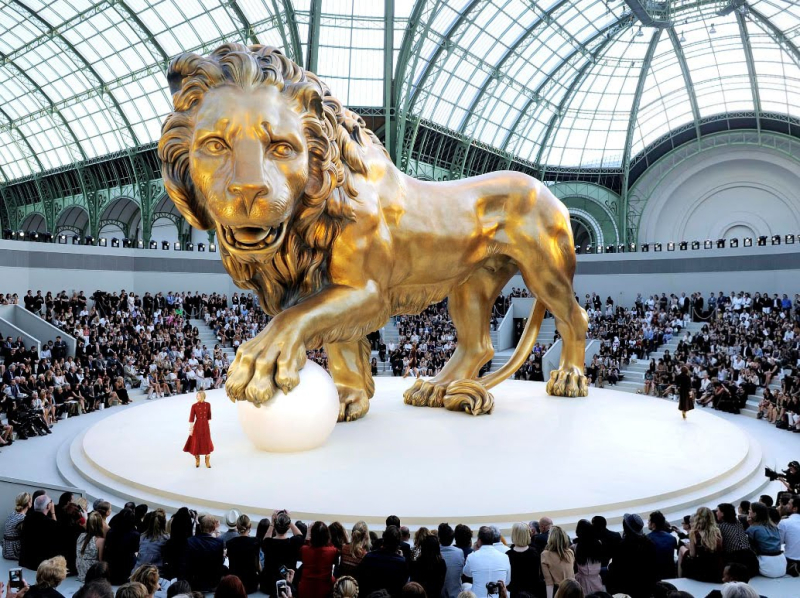 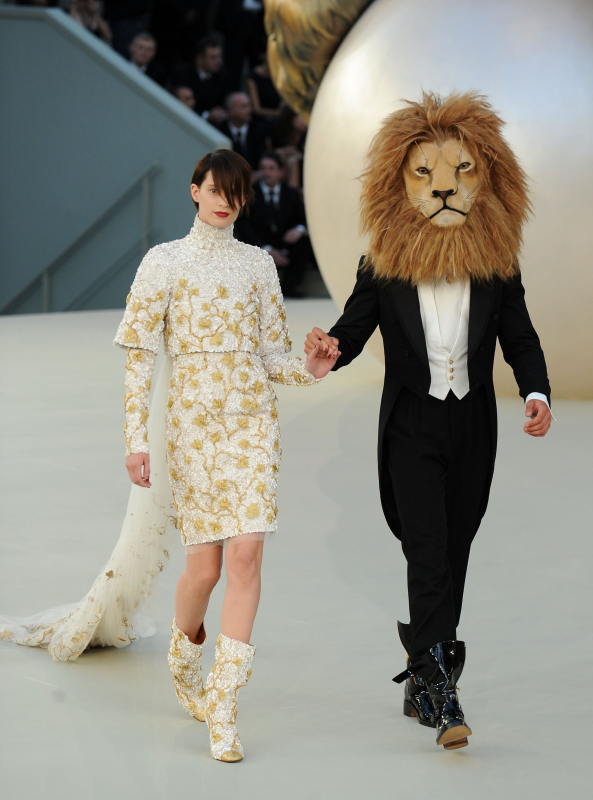 (image from vogue and popsugar)

The most recent lion reference I was able to find in Chanel's accessories besides the jewelry line was this series of Leo bags from spring 2011.  This doesn't mean they don't exist; I just didn't notice any in my cursory browsing of runway photos from 2015-2018. As for the highlighters, I'm still not sure why Chanel decided to release them now, as the jewelry line debuted a few years back and I didn't see any lions in more recent runway collections.  But I will say that the simplicity of the highlighters' faceted design and subtle hues instead of an overly busy and more colorful one nicely reflect the 2013 jewelry line, which I also believe was the best choice in terms of inspiration for highlighting powders.  I don't think fine jewelry is always better designed than costume jewelry, but I think in the case of Chanel's lion-themed baubles, the 2013 collection is way more refined and modern compared to the costume jewelry from previous decades, not to mention incredibly luxurious - it translates perfectly to highlighters.  I would like to see a bronzer embossed with Lagerfeld's oversized version of the lion statue...I'm envisioning a shiny golden bronze powder for the lion and a dazzling white pearly highlighter for the sphere under its paw. ;)

What do you think about these highlighters?  Are you a Leo?