Sigh.  After nearly 9 years of blogging I don't know why I still haven't learned to look before I leap when purchasing items for the Museum's collection.  After seeing the write-up at Allure of indie brand Tooth and Nail's Unicorns vs. Mermaids palette and previous mentions of this company in other reputable publications like Nylon, I nevertheless pondered whether I really needed yet another mermaid-themed palette to add to the Museum.  Initially I wasn't going to go for it, but I figured Allure would never steer me wrong, plus Tooth and Nail mentioned the name of the palette's illustrator/designer, Australia-based artist Megan Allison.  Once I read an independent artist was behind the design I had to buy it. 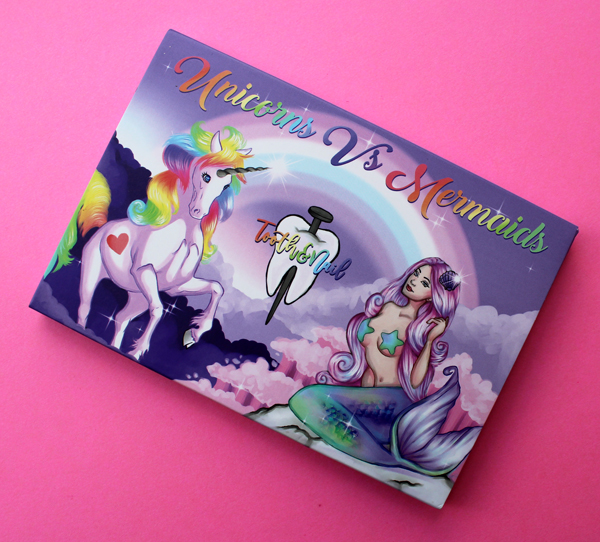 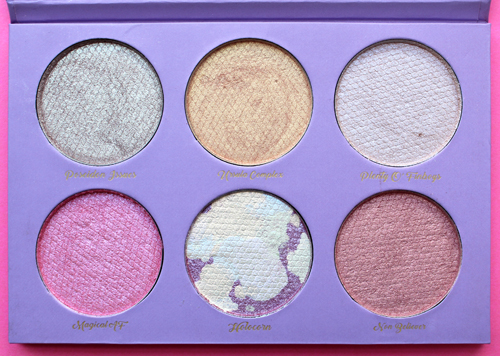 I actually got up the courage to email Megan with a request for an interview about her art and her work for Tooth and Nail.  She kindly obliged so here's some more in-depth information.  Megan has been drawing since high school and studied Visual Communication (graphic design) at the University of Technology Sydney.  When not working at her day job at an Australian packaging company, Megan creates stickers and enamel pins featuring a variety of whimsical (and sometimes creepy!) characters. 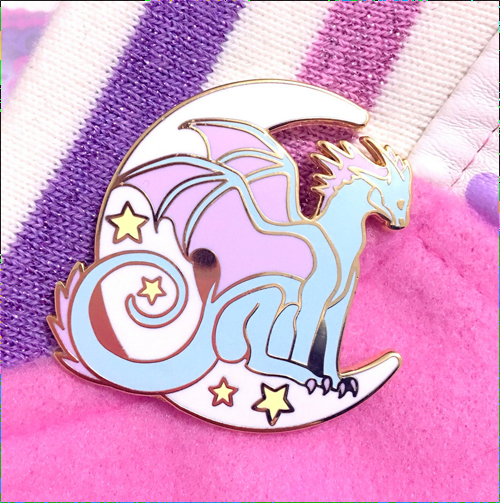 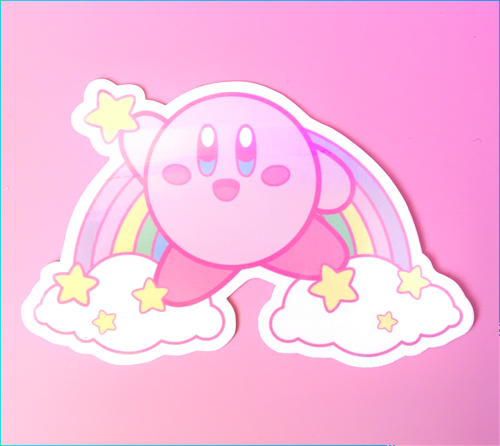 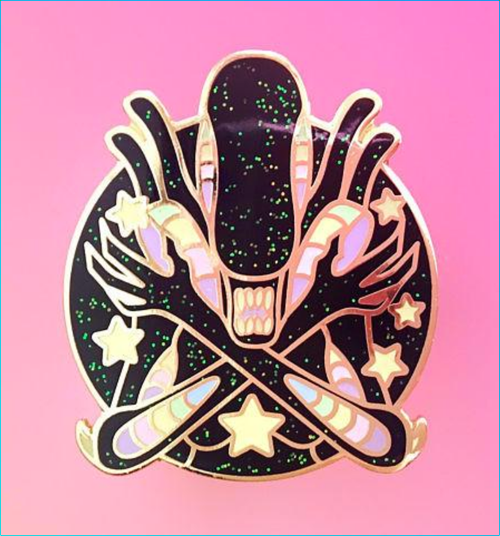 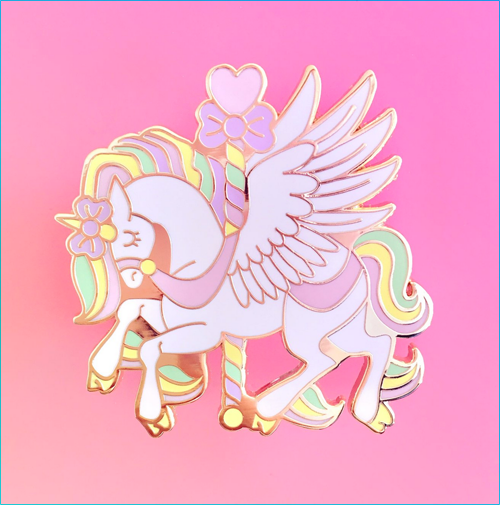 Tooth and Nail found Megan via Instagram and contacted her to create some of the labels for their Sailor Moon-themed highlighters.  After the success of that collection, the company contacted her again for the Unicorns vs. Mermaids palette.  Hannah Foote, owner of Tooth and Nail, sent Megan a preliminary sketch of the general concept. 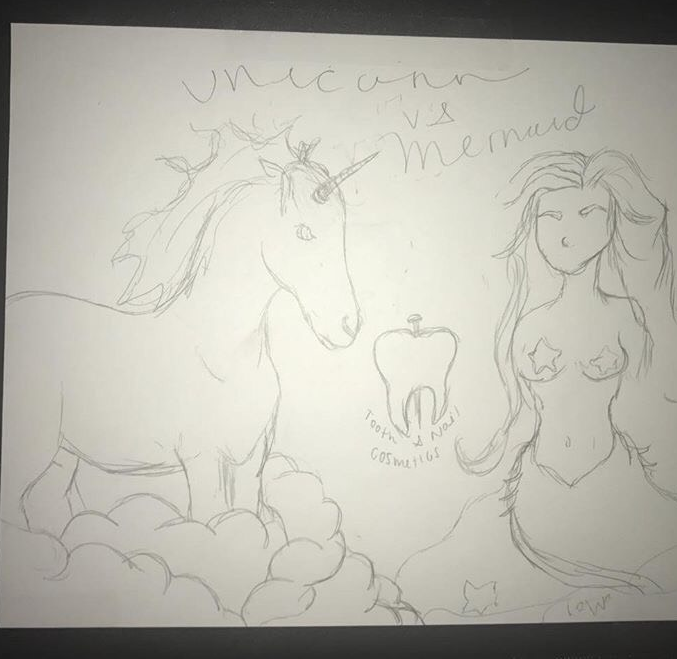 From there Megan did her own sketch. 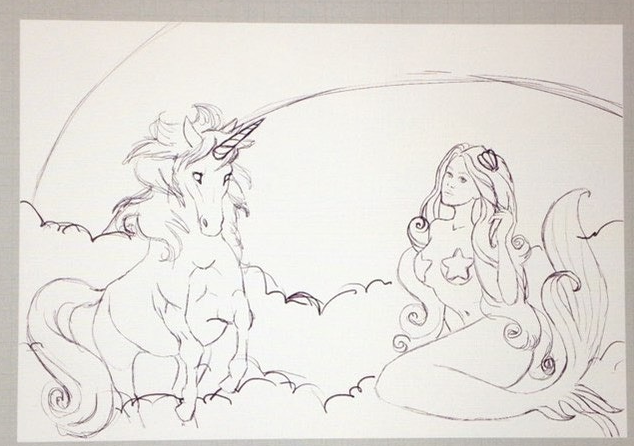 Once approved, she did the full rendering, with the colors taking an entire day to get just right.  While Megan isn't loyal to one distinct style - she frequently goes back and forth between more traditional colored pencils to digital illustration and dark vs. cute themes - she enjoys tattoo design, an interest she shares with her sister (they have matching forearm tattoos, awww!)  I feel as though the mermaid looks a bit old school tattoo-inspired. 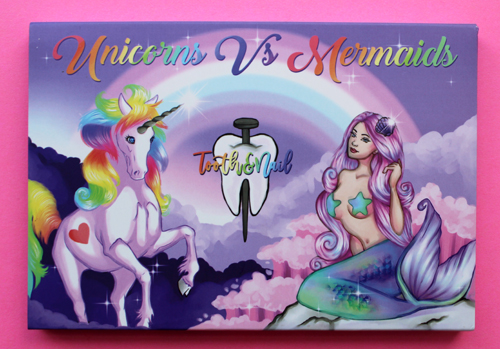 Seems all well and good, right?  Alas, a very sweet Instagram buddy of mine alerted me to the fact that Tooth and Nail has had a lot of customer complaints.  And it's true:  when I googled the company the fourth result that appeared was a complaint on Reddit.  Apparently not only was the customer service poor, the quality of the products themselves was shoddy.  While this one appeared nearly a year ago, other customers have shared their own tales of never receiving the products they ordered with a lengthy wait for a refund or zero resolution, some as recently as late May.  Sadly, the lack of service isn't limited to customers.  Via our email interview a few weeks ago, Megan stated that she never received the final versions of the products she designed (neither the Sailor Moon items nor the Unicorns vs. Mermaids palette), which was the agreed-upon payment for her services.  So not only have customers been ripped off, Tooth and Nail has allegedly also not paid their own designer.  I haven't been in touch with Megan since then so I'm hoping she has received her items in the past 2 weeks, but given everything I've seen it's doubtful.  It's especially disheartening since Megan agreed to accept products instead of money - it shouldn't be difficult for a company, even a small indie one, to fulfill their end of this simple barter. (Plus, as the wife of an extremely hard-working freelance designer who has had his share of clients screwing him over, I personally HATE people who don't think independent designers/artists deserve payment...which is more common than you'd think.  Freelance ain't free!)

I certainly don't wish to vilify Tooth and Nail, but I felt the need to mention these incidents.  I'm also inclined to believe they're true - why would so many people complain without cause, and why is there no response from Tooth and Nail to any of them or going so far as to report/remove customers' comments on Instagram?  I understand that things happen beyond our control and that Tooth and Nail is a fairly new company with literally just two people rather than a huge, established business with lots of experienced staff to handle customer issues, but it seems other tiny indie companies are able to better handle any problems that come up.  With such a small company it's easy to get overwhelmed with orders, but whatever customer service system Tooth and Nails has in place clearly hasn't been working and needs to be addressed.  Maybe it has been, as I haven't witnessed any other complaints regarding the Unicorns vs. Mermaids palette...then again, perhaps any negative feedback has been wiped clean from social media.

Anyway, as you can imagine, I was conflicted for weeks about what to write or even to write anything at all, plus I was annoyed with myself for not doing proper background research on an unknown-to-me brand before purchasing the palette. Ultimately I decided to post because while Tooth and Nail may not be reliable or, at least, wasn't reliable in the past, I felt it was important to highlight Megan's work.  After all, focusing on the makeup design rather than the makeup itself is kind of what I do, right?  Oh, and in the snowball's chance in hell that any makeup companies are reading this post, I'd like to let you know that Megan is available for design/illustrative services, but you must pay her up front!

UPDATE, 8/2:  Megan emailed me to let me know she followed up with Hannah a few more times and eventually received the agreed-upon items!  So hopefully this begins a new, more responsible phase for Tooth and Nail.