Hello!  It's been a while since I last posted as work nearly killed me recently, but I wanted to get something up today to 1. show that I haven't died from stress, even though I  thought I might; and 2. put up some summer fun in honor of what is easily one of the Curator's favorite days of the year, the solstice.  With that in mind, I present Anna Sui's summer makeup collection.  It's been a long time since I purchased anything from this line, but as soon as I saw this collection I knew I had to have nearly all of it.

The two nail polishes will not belong to the Museum's collection - I will be using them. As a matter of fact, this week I'm wearing S 105 (the lighter aqua blue) and it's beautiful.  It's almost as legendary as the ultimate mermaid nail polish. 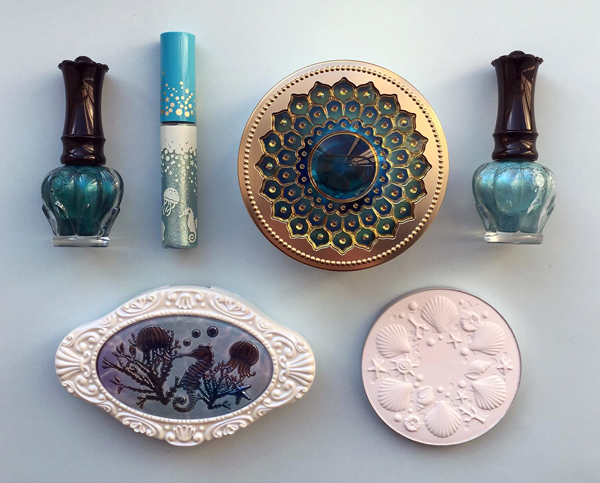 I adore all the sea critters since they are friends of mermaids.  Side note:  when I was little I was infinitely fascinated with jellyfish in addition to mermaids.  There's just something about their movement, shape and their very biology that I find incredibly interesting.  They're such simple creatures on the surface - they don't have eyes, noses, or even a central nervous system - yet some of them actually glow in the dark, while the sting of others can be deadly.  I find the way they move to be strangely beautiful, and I hope to make a trip to the National Aquarium soon so that I can be totally mesmerized. (I really have no excuse for not getting there - it's literally less than a 20-minute walk from my home). 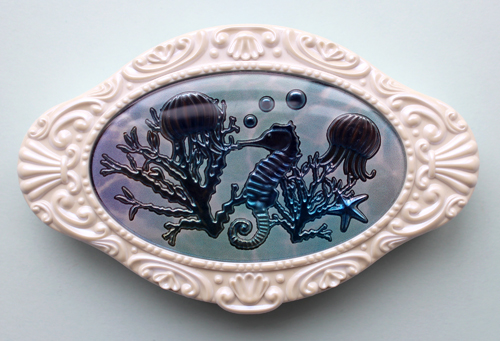 You would think the white plastic border and iridescent effect on in the middle of the case would look tacky and/or juvenile, but I honestly think it works here.  It reminds me of all the different tones you see in the ocean as the sun hits it. 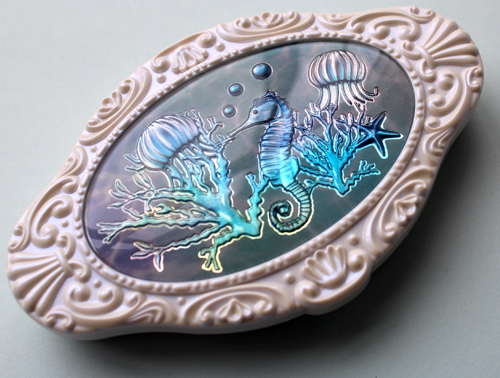 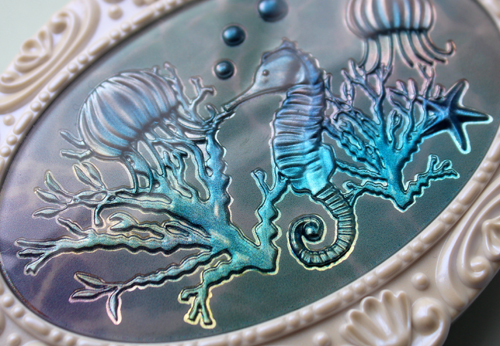 And I just remembered I didn't take a picture of the inside of the palette, which has the same motifs (coral, starfish, seahorse, jellyfish and bubbles) but rendered in a vintage illustration style.  To my eye it almost looks like wallpaper.  You'll see it in a couple days in the summer exhibition.  ;)

The gold powder case has blue-green jewels that belong in a mermaid princess's crown.  As fun and blingy as it is, I couldn't bear to put the powder inside because then you couldn't see the lovely seashells embossed on it so I'll be displaying these separately. 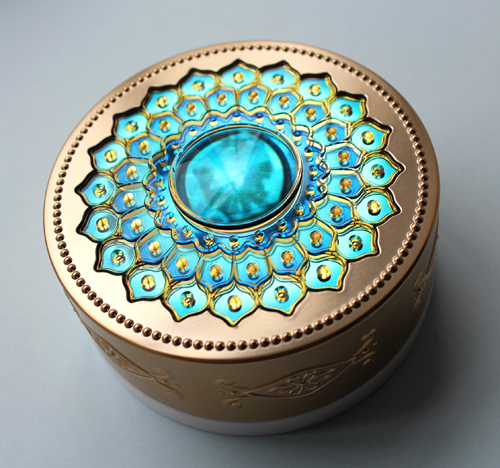 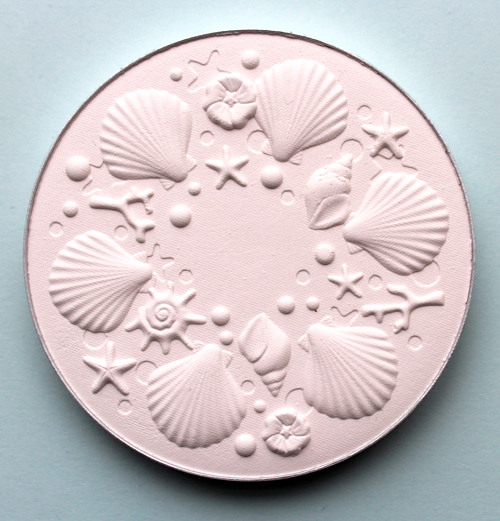 Even the eyeshadow has a jellyfish! 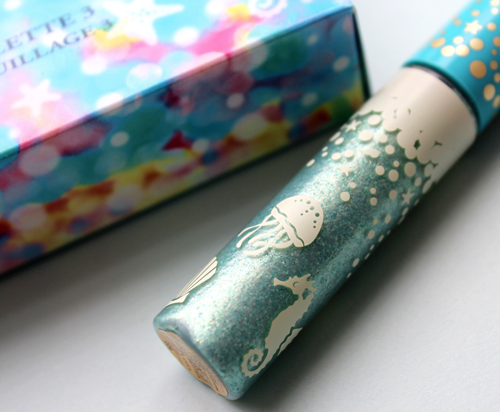 Bet you thought this was the first time a jellyfish appeared on a makeup compact.  I did too, until I remembered the number one rule that beauty historians need to keep in mind:  no matter how new and exciting something in the makeup world seems, it's probably been done before.  And I was right!  Here are two vintage compacts that feature my favorite invertebrates.

Unfortunately I don't know the brand or even the approximate date of this one, but I'm guessing it's from the '40s or '50s. 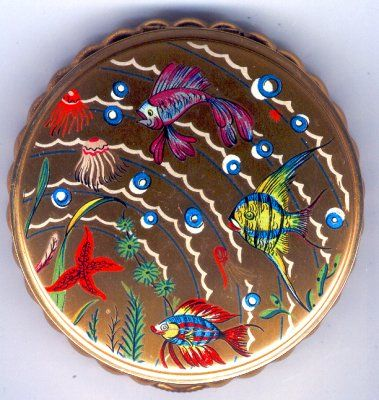 This one is a Stratton, probably from around the '50s given the rectangular shape,  purse clasp and the horizontal lines on the unmarked back (you can see a similar compact around the 3 minute mark in this very helpful video on dating Strattons.) 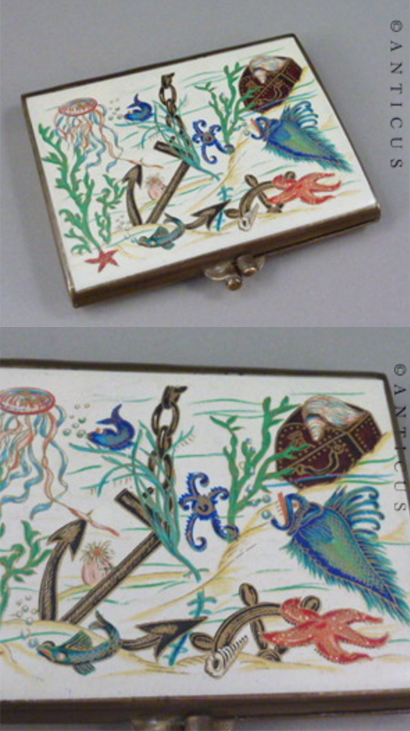 Naturally I'd give my eye teeth for both, in addition to all the vintage mermaid compacts I'm hunting down.  As for the Anna Sui collection, I thought it completely nailed the "magical aquarium" theme described on the website.

So what do you think of Magical Aquarium and the vintage compacts?  Do you have a favorite?

Posted at 02:07 PM in Other makeup brands, Vintage | Permalink | 0 comments