A baby's breath bouquet from Givenchy

I can't believe I'm just now getting around to writing about this lovely little piece from Givenchy, as I've had it in my possession since, maybe, March?  But I figured it's better late than never when discussing pretty makeup items.  Alas, this will be another quick post since I couldn't find much information about the inspiration behind this bronzer.

The outer case, while furnished in Givenchy's signature sleek shiny black with gold lettering, doesn't really compare to what's inside. 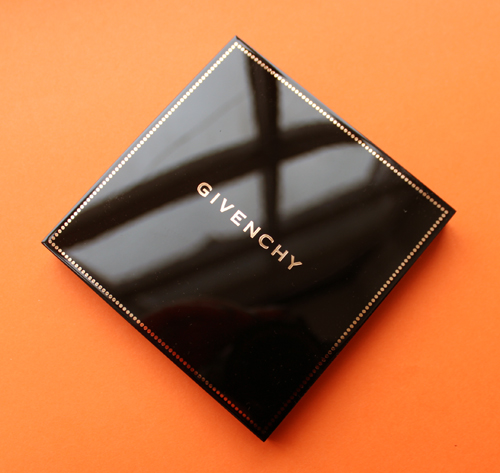 Behold!  An explosion of beautifully embossed blooms spreads over the entire surface of the bronzer. 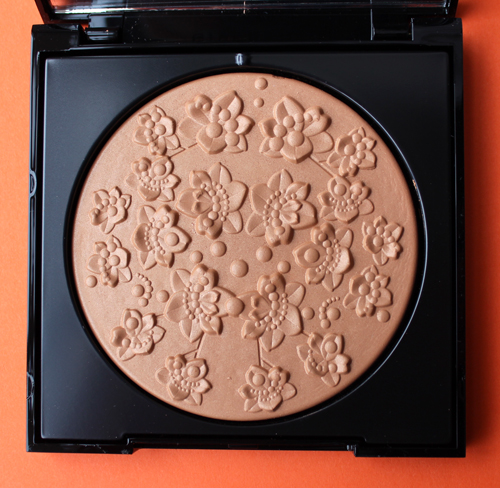 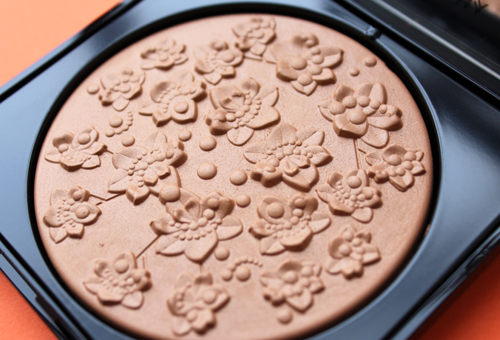 I also picked up the lipstick - minty green becomes quite sophisticated when rendered in leather.  I don't have anything else to say except that mint green is one of my favorite colors so naturally I had to buy it. 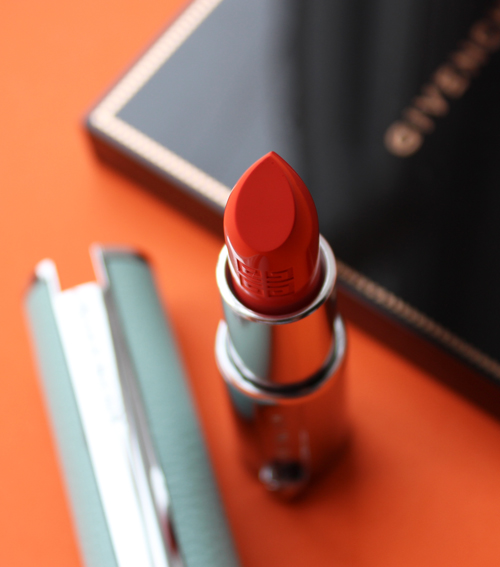 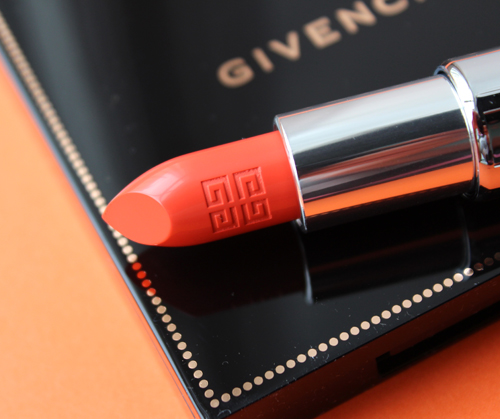 Back to the star item:  the Gypsophila bronzer borrows its pattern from ones that went down the spring/summer 2015 runway.  Gypsophila, I discovered, is just a fancy name for baby's breath. 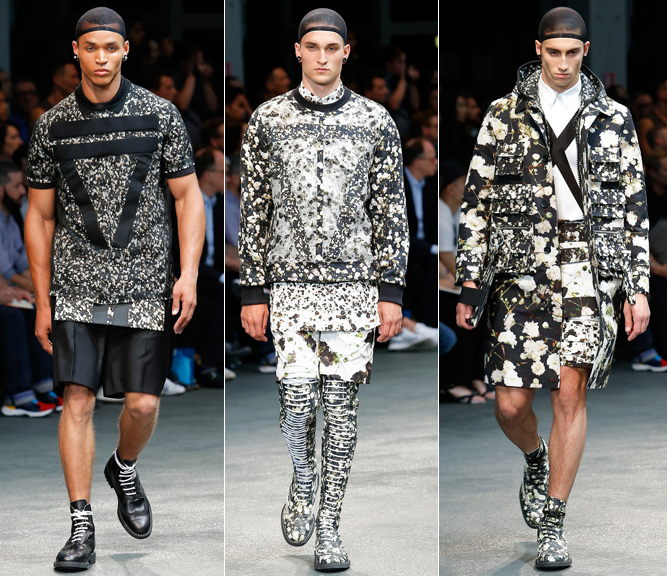 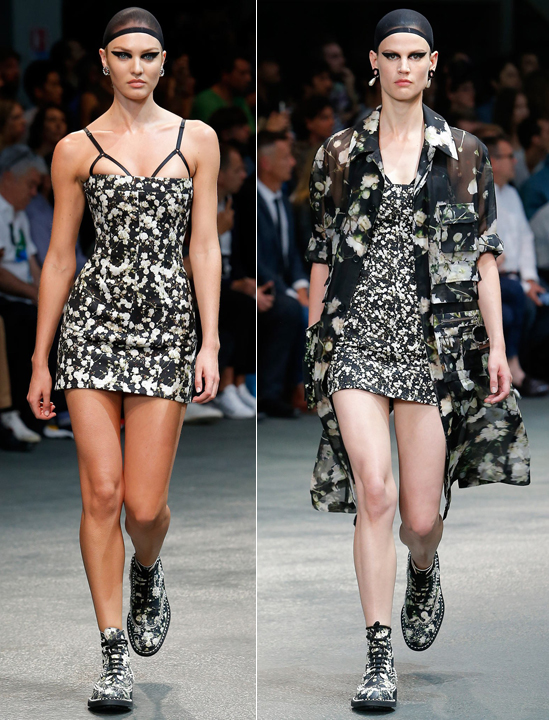 While the print is pleasing on its own, the addition of pearls sewn onto the flowers really takes it up a notch.  The pattern stands out more given the raised, smooth texture of the pearls and their subtle sheen.  It's these pieces that most closely resemble the pattern on the bronzer - the single pearls on some of the leaves as well as the curved rows are nearly identical to the bronzer's flowers. 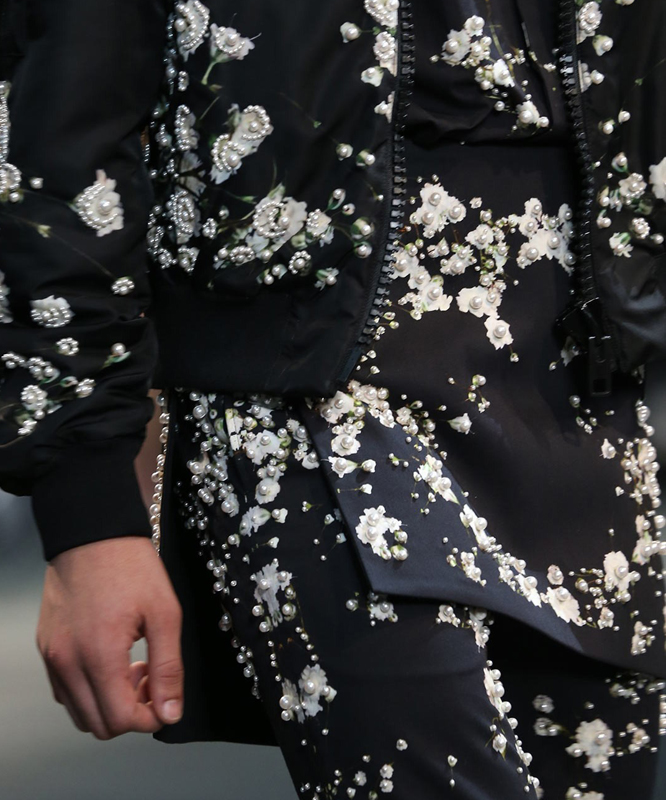 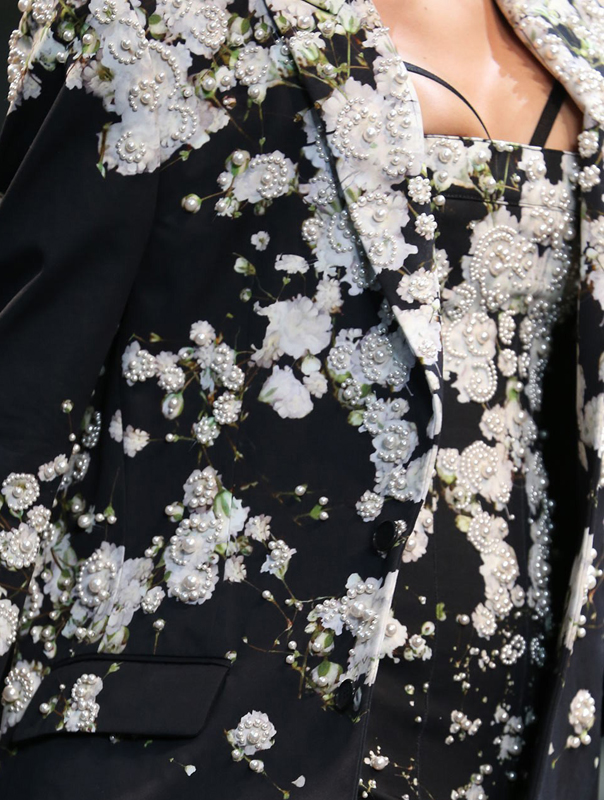 I'm not sure what meaning baby's breath has for Riccardo Tisci, formerly chief designer for Givenchy, other than that it's allegedly his favorite flower.  The blooms were described in the show's press release as "poisonous romantic flowers", whatever that means - are they intended to be dangerous or sweet?  I guess both?  Who knows...especially since baby's breath, to my knowledge, isn't poisonous at all.  I also can't figure out why a print from 2 years ago by a designer that's no longer with the company is showing up now.  It just shows there's really no alignment between the fashion and cosmetics sides within Givenchy.

Having said all that, this bronzer is a showstopper for sure.  While I'm not including it this summer's exhibition as it didn't fit the theme so well, I will hopefully remember to add it to the checklist for next spring.