You're invited to Gucci's ladybug picnic

This song from my childhood immediately popped into my head when I spotted Gucci's new palette.

I was pleased to see Gucci doing something a little different packaging wise.  It's a relatively new line, launched in fall 2014, and I honestly haven't been interested in it either for collectible purposes or actual use.  But this new blush got me hoping this is the start of many more limited-edition items with fresh designs.  And I usually hate bugs with a passion, but ladybugs (along with fireflies) are acceptable to me.  :)

I didn't take a picture of the front of the case, as it was simply Gucci's usual interlocking gold G's.  They could have put a ladybug print on the outer case, but as this is their first try at a limited-edition item I shouldn't be too critical.  Inside, the powder is embossed with a single ladybug sporting 6 spots. 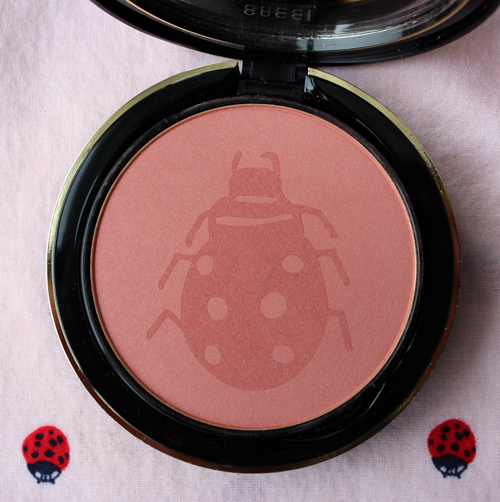 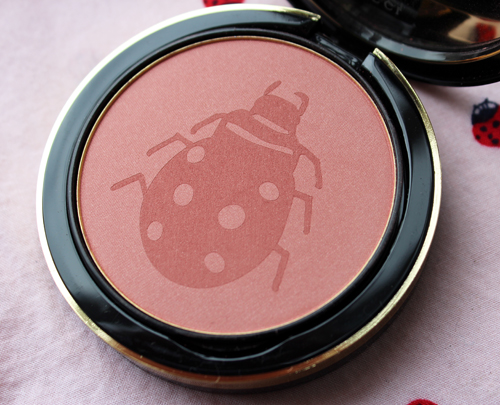 Before I purchased the blush I did a quick search to see whether it had anything to do with Gucci's clothing - ladybugs seemed so random.  However, Gucci offers a healthy selection of items sporting the little critter.

I think the print on these tote bags would have been perfect for the outer case of the blush, no? 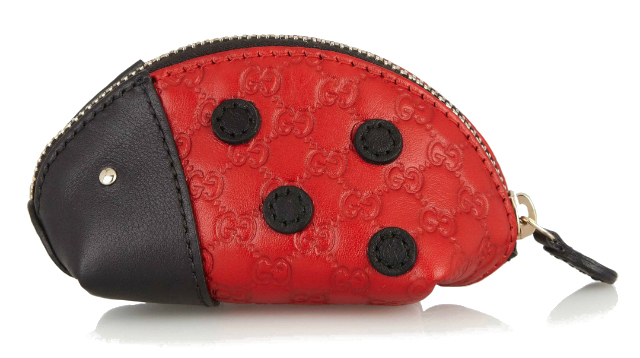 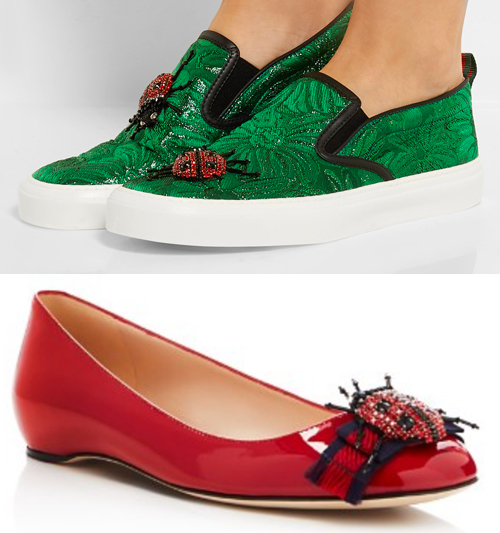 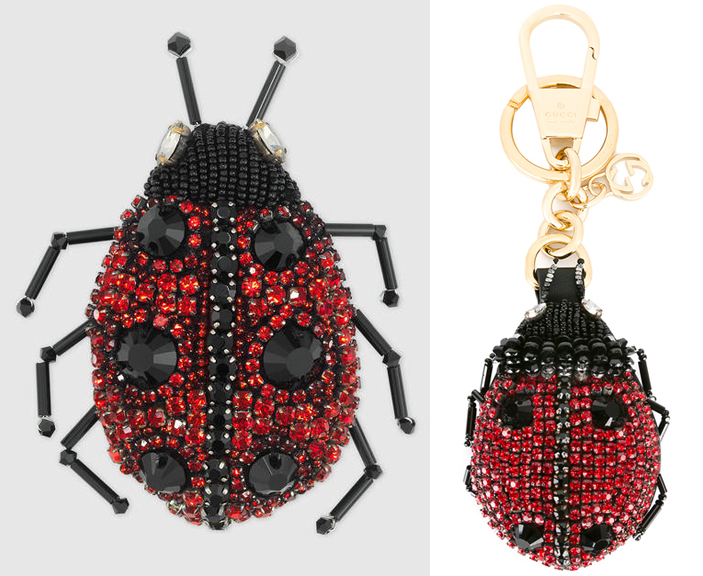 Especially adorable is their children's line.  I have no interest in having kids and would most likely never drop serious cash on their clothing (I mean, they grow out of it so quickly!), but damn, children's clothing is just precious to look at. 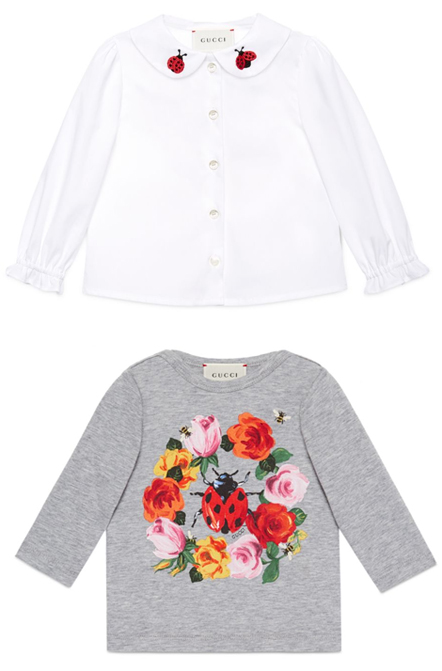 Still, I was puzzled about the ladybug motif.  I did find them lurking in the spring and pre-fall 2016 collections, among many other creatures and insects. 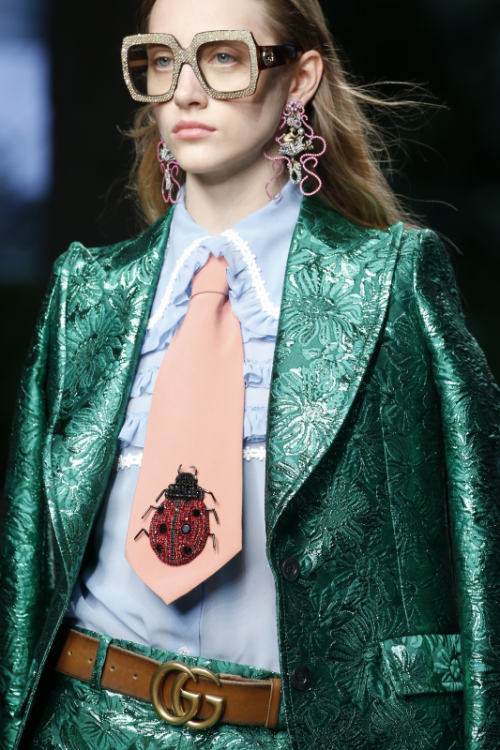 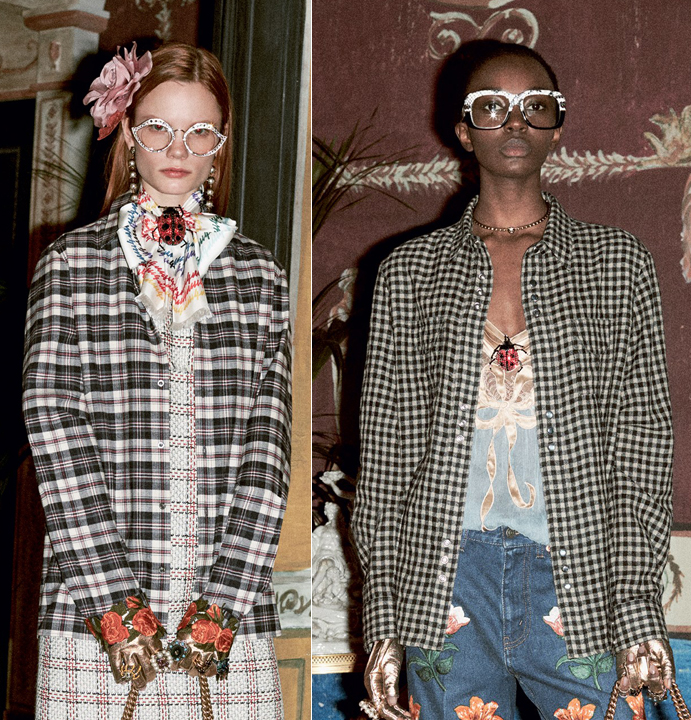 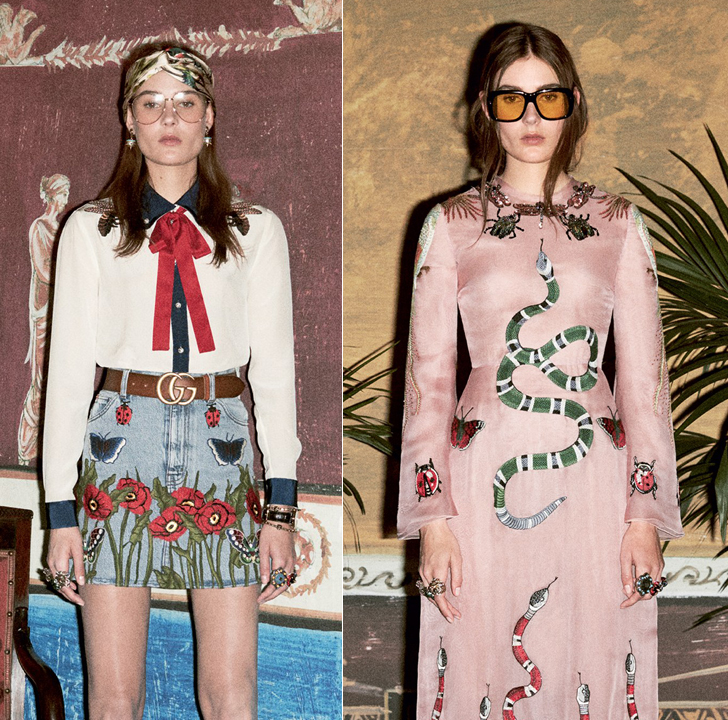 These collections gave me a bit more context for the ladybug design.  Upon seeing them mixed in floral and animal prints, a blush palette with a ladybug didn't seem too far out of left field.  The Garden collection, an online-exclusive capsule collection released in the summer of 2016, was another addition to the flora and fauna frenzy that the brand seemed to be partaking in that year. 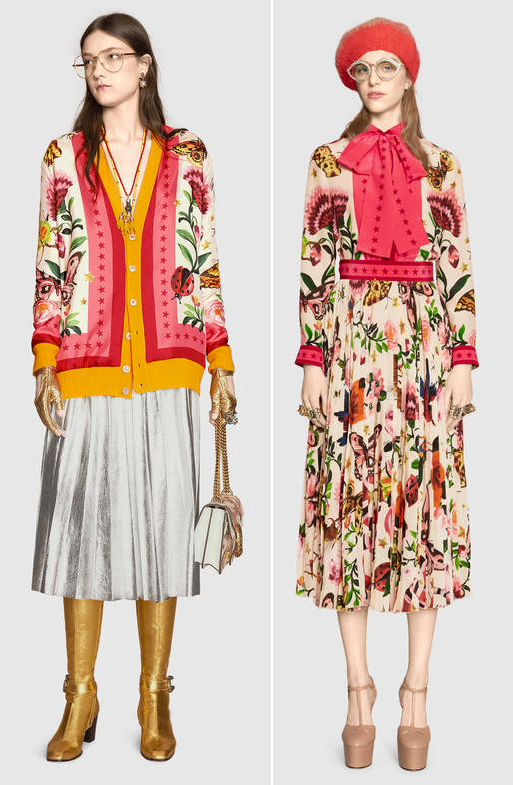 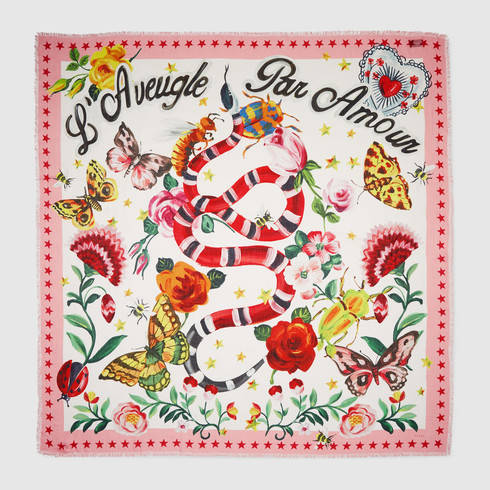 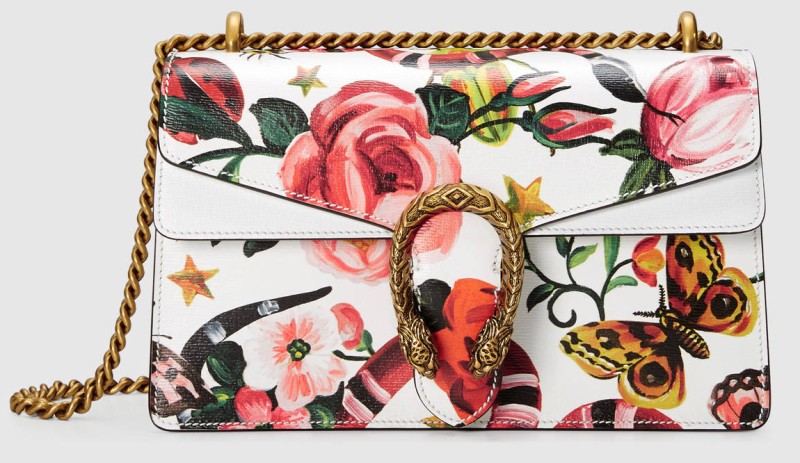 Yet I just couldn't figure out why there was so much emphasis on, well, nature at Gucci.  It wasn't until I read a brief description of Gucci's history and how its relatively new Creative Director, Alessandro Michele, has been modernizing the house's traditions. "Reflecting its clientele’s dynamic, well-traveled and sportif lifestyles, the brand very early on began incorporating animal motifs into its designs. Gucci’s famous horse-bit icon drew from the passion for horseback riding among its Italian aristocrat customers...since taking over as Creative Director in January 2015, Alessandro Michele has been drawing upon Gucci’s archives and this history of fauna fervor by incorporating a large variety of animals into his designs. With each collection the designer adds several more creatures to his Gucci stable, drawing on their cultural symbolism to provide layers of meaning to his heavily referential and often occult-tinged themes.  Michele’s ever-increasing insectarium collects together dragonflies, beetles, ants, bees, ladybugs, moths, and butterflies. A lepidopterist and entomologist's dream, Alessandro Michele's collections for Gucci are a fantasia of insect life. Bugs are joined by a parade of mammals on clothing and jewels: tigers, rabbits, lions, horses, cats, foxes, and many more. Gucci’s sparkling, brash menagerie is woven into velvet; formed into metal studs, large sculptural rings, and cascading earrings; beaded and sequined; patchworked out of fur; and even needlepointed. Each creature has its own symbolic meaning."  Finally, we have an answer!  I guess because I didn't investigate their makeup earlier and also because Gucci just isn't on my fashion radar, I had no idea they had a history of using animal and flower motifs.  Now that I know, I admire Michele's examination of Gucci's archives and his take on motifs that he presumably selected from them, along with his own new additions.  The flora and fauna read modern and sophisticated rather than stale and stuffy, or worse, cutesy.  And as the article points out, high-end materials also help elevate ladybugs and their pals.  It's whimsical luxury (or luxurious whimsy) that still is in keeping with Gucci's history and aesthetic.

As for the significance of the ladybugs themselves, Farfetch says they're a "symbol of luck and protection that has come to be a signature from Alessandro Michele."  I don't know about that, but when considering his designs from the past few seasons and knowing that he's updating Gucci's traditions, a ladybug on the blush palette seems to fit.  Despite the lackluster outer case and the fact that I would have liked to see a more intricate and colorful design, it was still Museum-worthy.  Instead of a single ladybug, the part of the Garden collection print with it would have been awesome, rotated like this (yes I know it's small but you get the idea.)

But overall it was a good first effort from Gucci and I hope they do more in this vein.  I also hope I can remember to work it into next spring's exhibition.  It would look particularly nice next to Dior's Flower Blossom palette, which is the only other palette I can think of that has a ladybug.

Posted at 04:06 PM in Couture/Fashion, Other makeup brands | Permalink | 0 comments