Before I delve into the summer collections, I thought I'd look at one last release from the spring.  MAC teamed up with Chinese fashion designer Min Liu (a.k.a. Ms. Min) for a small collection featuring Min's signature modern twist on traditional Chinese style.  I picked up the standout from the collection, a blush/highlighter palette embossed with a truly gorgeous wave pattern. 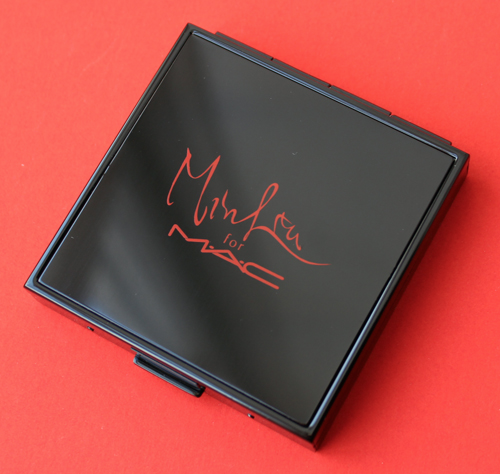 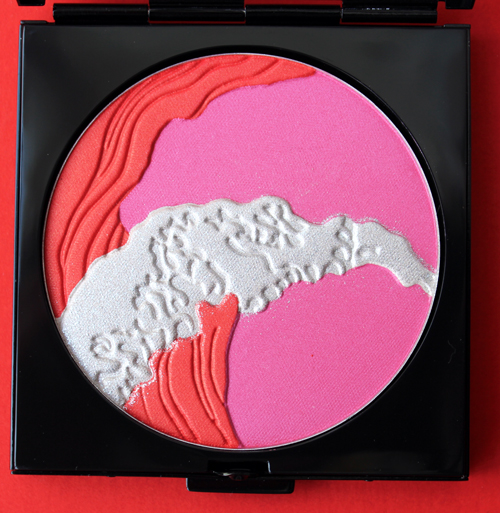 I didn't have to search very hard to find the inspiration behind the colors Min chose, along with the wave design.  In an interview with online magazine Buro 24/7, she explains, "There are actually four main colors in this collection which are China red, lush peony pink, shimmering platinum, and bold ink black. Each colour is rich in meaning and contains a distinct energy in traditional colour theory. Red promises loyalty and bravery. Pink is a metaphor of beauty. Silver introduces the gods and spirits. Black brings honesty and integrity...The philosophy behind my collaboration with MAC is that everything is about how energy flows, casting a distinct aura, vitalising all forms of life — humans, water, mountains, earth, oceans, clouds. That no matter how it shifts and changes over time, the world maintains an eternal rhythm. It's also inspired by the ancient masterpiece Shang Hai Jing (The Guideways through Mountains and Seas), which is about Chinese mythology culture, spirituality, and folklore...[It's] an allegory for the energy that flows between mountains and oceans and across vast landscapes, spanning time and space. To open this compact is like feeling the universe in your hand. Somehow it reminds me that there is a universe out there." 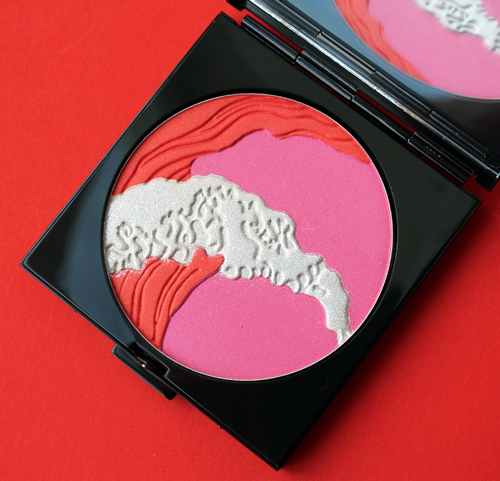 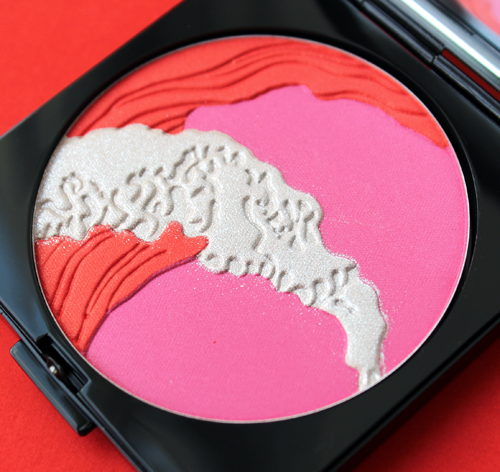 I personally think the design resembles the waves from this 1597 illustration of the Guideways Through Mountains and Seas.  (It also reminds me of Hokusai's The Great Wave, but that's a completely different cultural reference.) 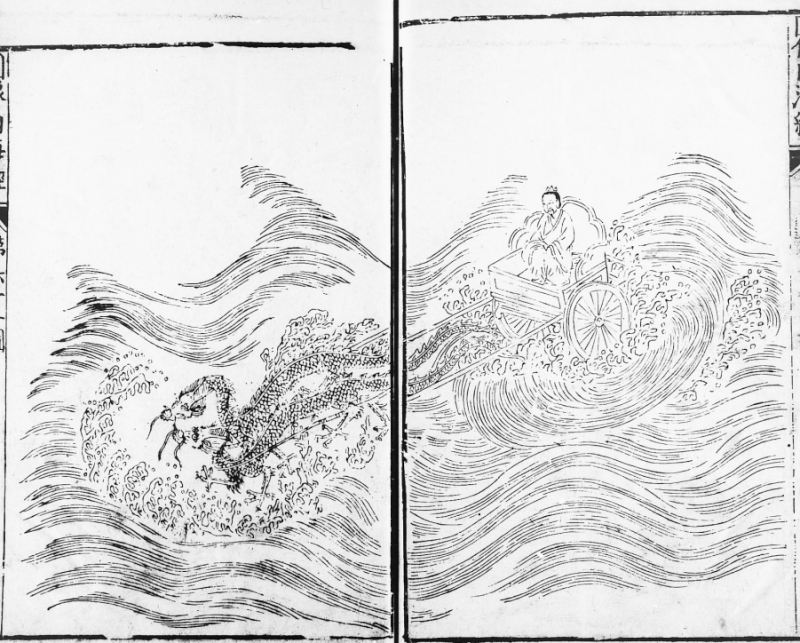 So it's pretty, but what does the makeup have to do with Min's fashion?  Well, the designer created a beautiful capsule collection to coordinate with the makeup, which was unveiled at Shanghai's fashion week in a rather dramatic runway show.  (There's probably a lot more information in this WWD article, but of course it's behind a paywall and my library doesn't have the April issue available yet.  Sigh.) 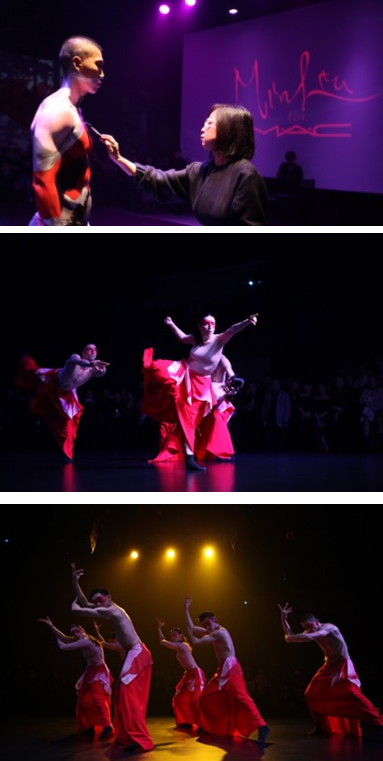 The clothing was simply stunning and the makeup was spot-on.  I can't imagine a more harmonious collection.  I can also definitely see the traditional-meets-contemporary vibe of the clothing, which is better described by Min:  "The style of Ms MIN has always been inspired a lot by tradition, culture and spirituality. There's been this conversation between modernity and tradition, Yin and Yang, contrary and balance and ultimately, discovering the harmony of all elements together. Anything relative to beauty reminds us and inspires us: beauty of life, beauty of energy, beauty of this world, and beauty inside of ourselves."  And as for her general perspective on makeup, Min emphasizes owning your look. "I'm wearing the makeup, the makeup is not wearing me," she says.  It's a good reminder not to wear anything that makes you uncomfortable; otherwise it will indeed look like the makeup is wearing you and not the other way around. 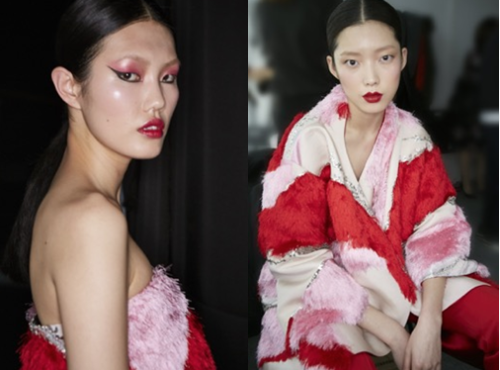 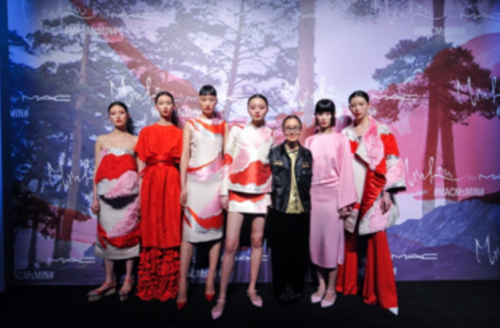 Obviously the clothing was also used in the MAC campaign ads - here's a slightly better glimpse of it. Overall, I can't say I'd wear any of Min's clothing, but I appreciate her aesthetic.  And I think the MAC palette totally captures it by updating a motif inspired by an ancient Chinese text, along with the color scheme - the shades chosen have certain traditional meanings in Chinese culture, but combining them into one palette, along with how they were used on the runway and campaign, gives them a modern feel.