Back to the zodiac with Ziegfeld Girls

You might remember around this time last year I explored some great Elgin zodiac-themed compacts, along with Estée Lauder's lovely Erté zodiac compact series.  The zodiac seems quite popular as a decorative motif for compacts, since I came across yet more vintage zodiac compacts since then.  Tangentially related (obviously) to the popular Ziegfeld Follies, Ziegfeld Girl compacts made their debut in the early 1940s.  Collecting Vintage Compacts has an incredibly thorough history of the Ziegfeld Girls line so I implore you to go check it out when you have a chance.  Since my research skills are nowhere near on par with that blog's author I will just provide a brief summary of his amazing findings about these compacts.  The creator of Ziegfeld Follies, Florenz Ziegfeld, passed away in 1932; however, his enterprising widow licensed the rights to his name for use to other companies.  In the early '40s, a man named Walter Crane joined a plastics company owned by Dwight Hirsh.  These two businessmen got the idea to manufacture plastic compacts (a natural choice for material given the company's business and also because it was wartime) and somehow managed to secure the rights to the Ziegfeld name.  Crane filed a patent application for compacts in late 1943.  Several different types of Ziegfeld Girl compacts were produced prior to the zodiac series' introduction in 1946.  These were, sadly, a flash in the pan - they didn't sell well and were gone by 1947.

Now let's get to the compacts, shall we?  I found the designs to be so utterly charming - a different sort of playfulness than the Elgin ones, to be sure, but adorable nevertheless.  Like the Elgin compacts, however, these tend to be snapped up rather quickly once they pop up for sale.

I was unable to find an image of the actual compact for Aquarius, but you can see it in this ad. 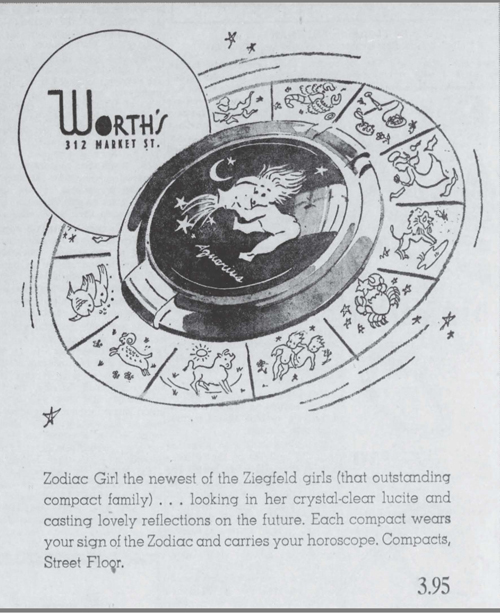 While encased in not-so-luxurious lucite, each one matches the sign's color. 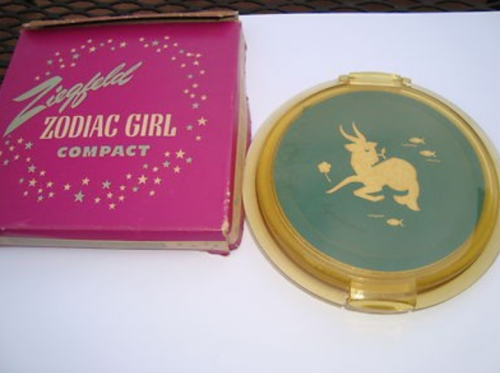 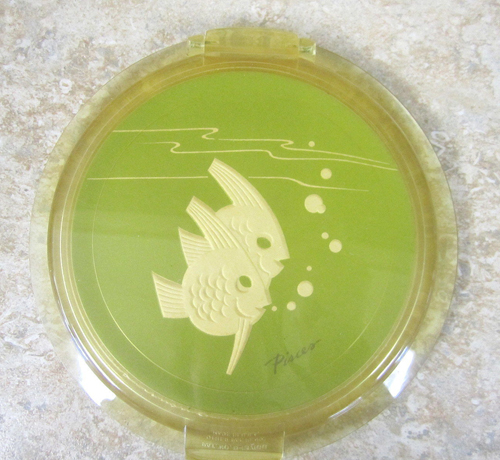 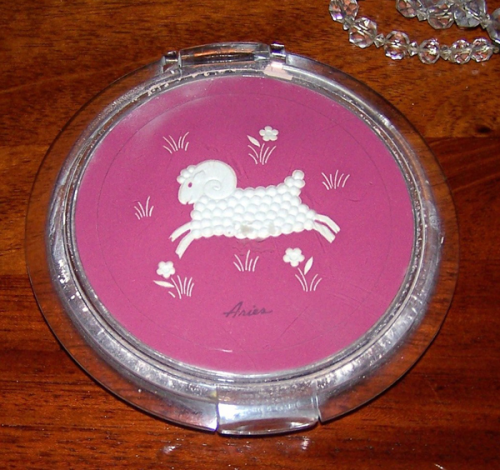 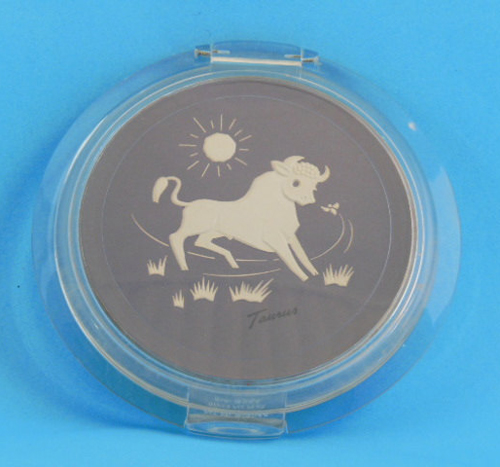 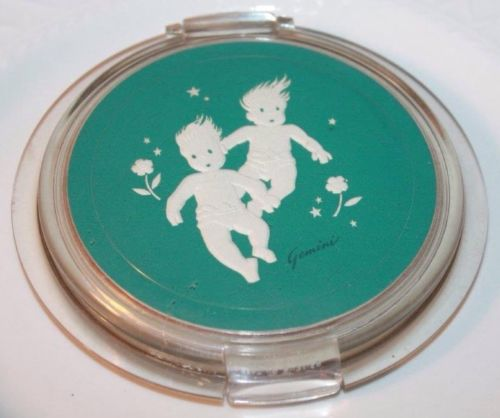 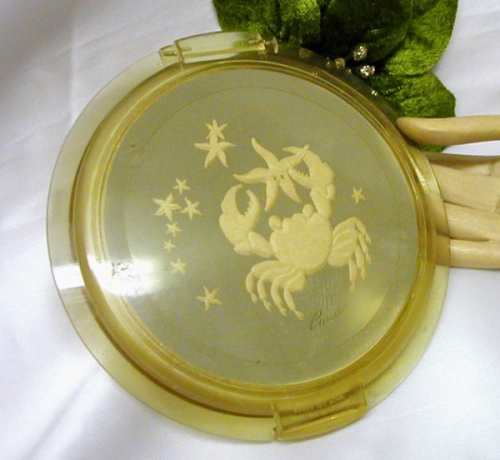 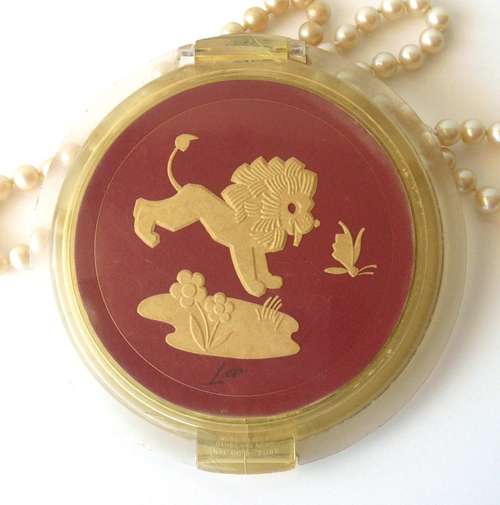 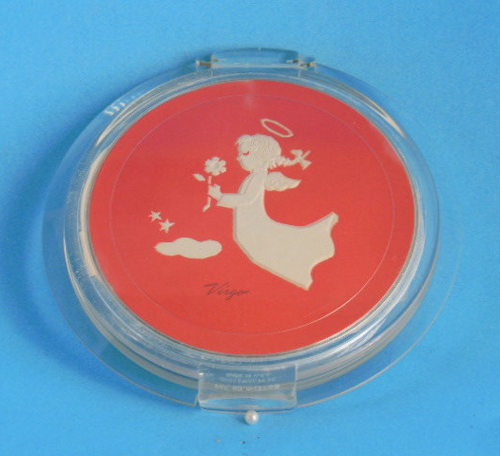 The one I'm most excited about, naturally, is the Scorpio one.  Not only did one of these compacts come up for sale after me keeping an eye out for many months, but it's also my sign. I couldn't believe my good luck!  You better believe I pounced as soon as I got that Ebay alert. I have to say that the accompanying scorpions in depictions of the Scorpio sign creep me out a little.  I'm definitely a Scorpio personality-wise, but strictly from a design perspective I wish I were a Capricorn or Sagittarius.  Both are traditionally represented as mythical creatures - Capricorn is sort of a mermaid but with a goat head and Sagittarius is like a centaur.  Scorpions (and crustaceans for that matter - lobsters, crabs, shrimp, etc.), just look like big gross bugs to me.  :P  Oh well, I can't change my sign, right? 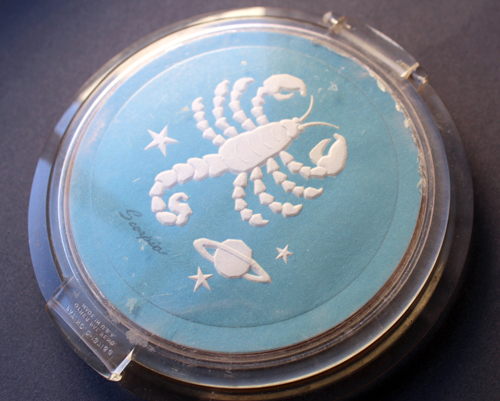 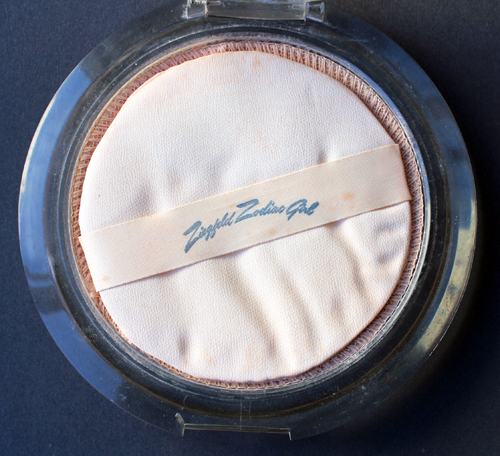 Anyway, these compacts are positively ginormous.  Here's a comparison photo with a Guerlain Météorites container so you can get a sense of the scale. 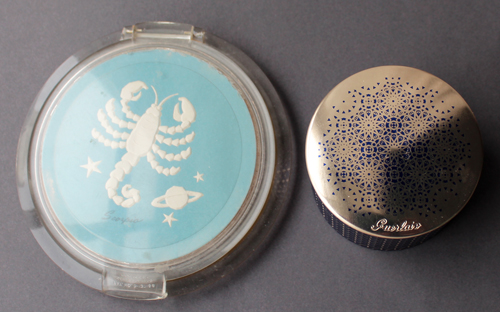 Sadly, I was also unable to find a photo of the Sagittarius compact, so I found an ad for that one as well. 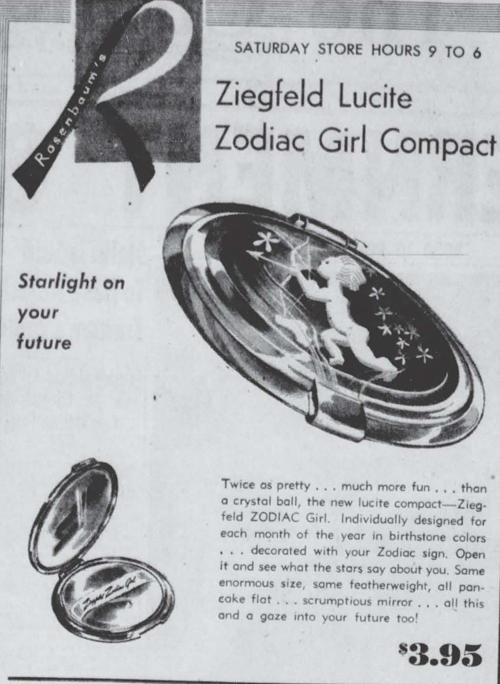 Speaking of ads, they were really cool to look at.  Just for fun here are some more.

I wish the compact I bought came with the little horoscope insert mentioned in this ad. 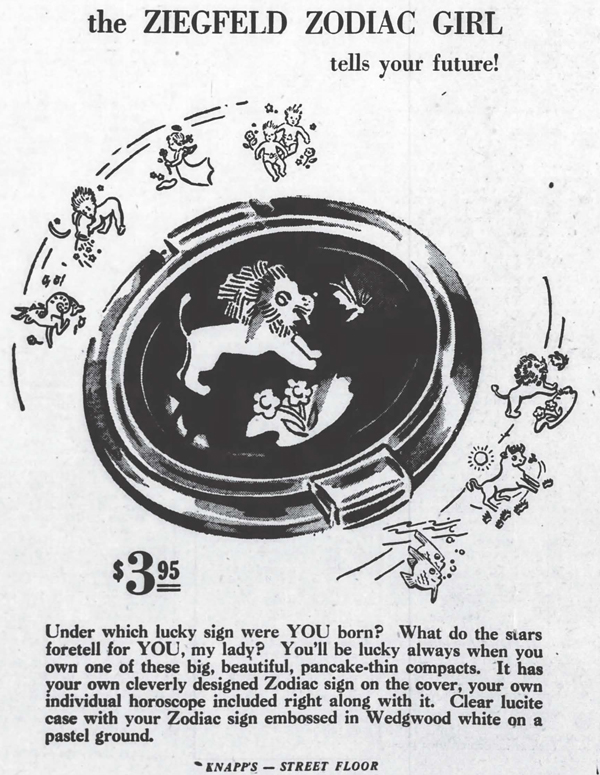 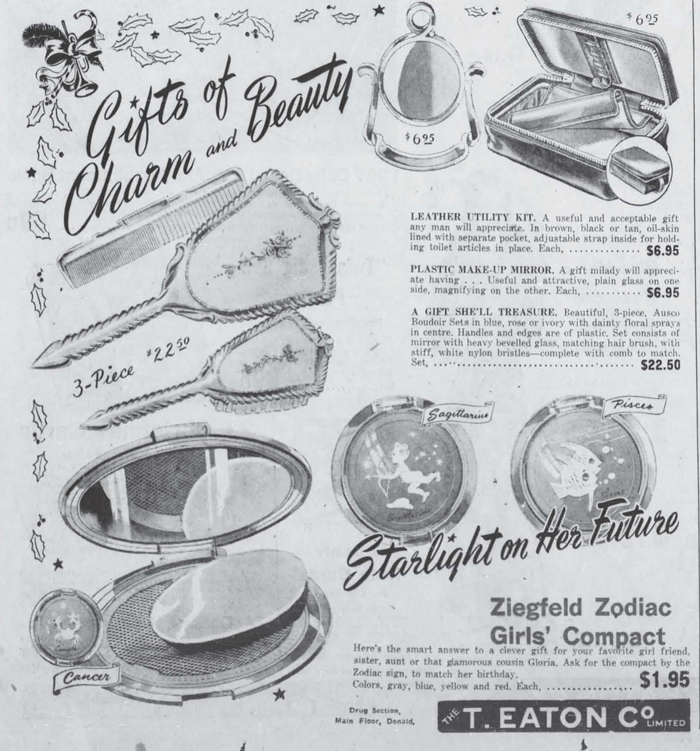 I liked this one not only since it features my sign but also because it shows all the different designs as well as an illustration of the horoscope insert.  This must have been from the official launch of the compacts, since it's from early 1946 and mentions special window displays. 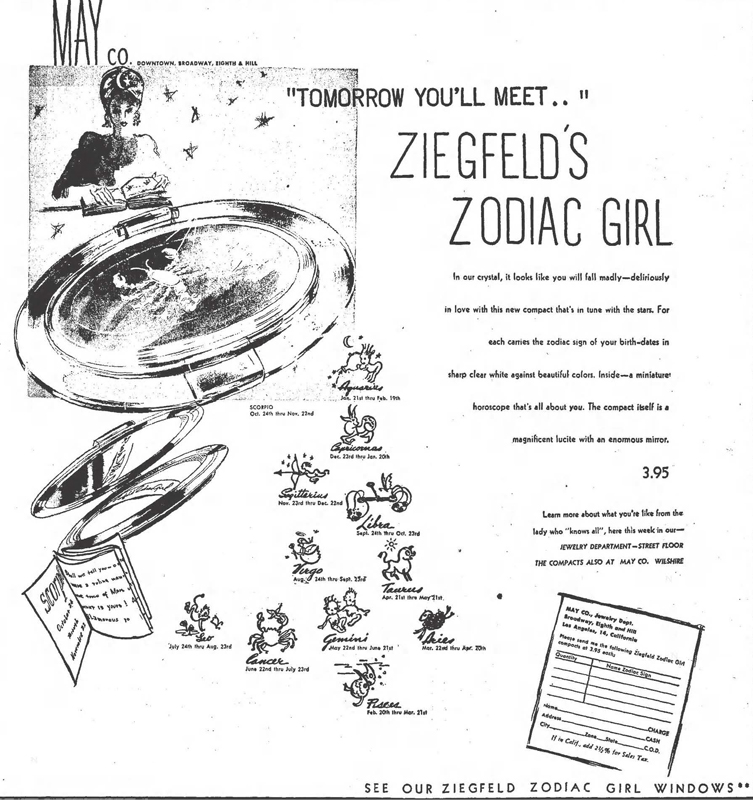 And a sad sale ad a little over a year later. 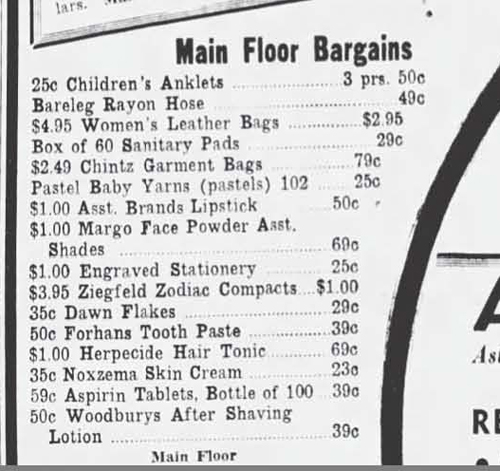 Finally, a funny zodiac-related story: indicating just how obsessed I am with zodiac symbols and decor, a month or so ago I dreamed that Stila released their own zodiac palettes.  They were the same size and shape as the Look of the Month calendar palettes from 2004, and made of cardboard, but each had a Stila girl representing a zodiac sign instead of the month.  The zodiac glyphs were a continuous border around the edge of the palette.  For example, the Scorpio sign looks like a little M with a tail, so that was the border for my sign.  The Stila girls themselves were ridiculously cute...if I had any Photoshop or illustration skills I'd totally do a mockup!  I can see each design clear as crystal in my head but have no means of sharing them, sadly.  I remember being so happy at seeing Stila going back to their roots.