I'm cramming in one more holiday collection before 2017 arrives!  While still not as impressive (in my opinion) as 2012's Warhol collection, this year's holiday offering from NARS is a considerable improvement over previous years.  Mr. Nars teamed up with French fashion photographer Sarah Moon to create a collection that combines Moon's signature dreamlike style with Nars' edgy color schemes.

Nars, a longtime fan of Moon's, finally got up the nerve to approach her for a collaboration, and gave her free reign to come up with the collection's concept and imagery.  He explains: "I wanted to work with Sarah because I've been one of her biggest fans over the years. I remember when I was maybe 10 or 11 years old, I [had] already noticed her work in all the French magazines in the '70s. She had already worked and done the imagery for Cacharel, which, in the '70s, was quite big in France. She had created these incredible images, which were actually quite close to what we did for Nars. It was my dream to work with her one day, and when we started doing collaborations for Nars, I was lucky enough to say, 'I want to work with Sarah Moon.' And she agreed. The most exciting thing for me was the fact that I told Sarah she could do anything she wants. I was probably the best client she could ever dream of; I said, 'Do not limit yourself. Give me anything you want. Your requests will be orders, and we will get it done.' She decided everything from the styling — the plastic that was done with Patti Wilson, the stylist — everything was done in London, Patti did the research and had the accessories made. All this part was very fun and the fact that by the end, I knew I was going to get a pure 'Sarah Moon' image. I didn't want her to feel like she couldn’t do this or that, so it was very exciting on that part."

The collection is inspired by the 1927 German sci-fi film Metropolis, which you can see in the futurist, robot-like garments the models are wearing.  Moon was also fascinated by the notion of transparency, hence the clear plastic. 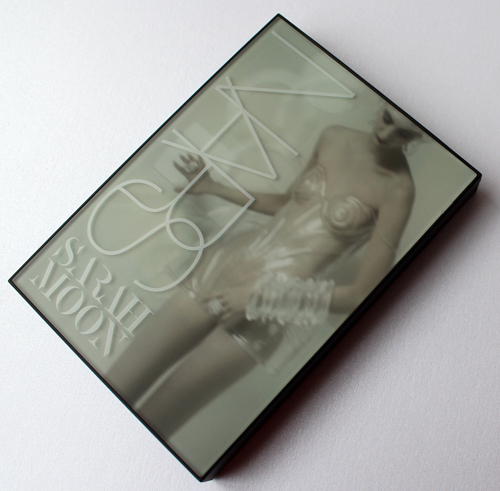 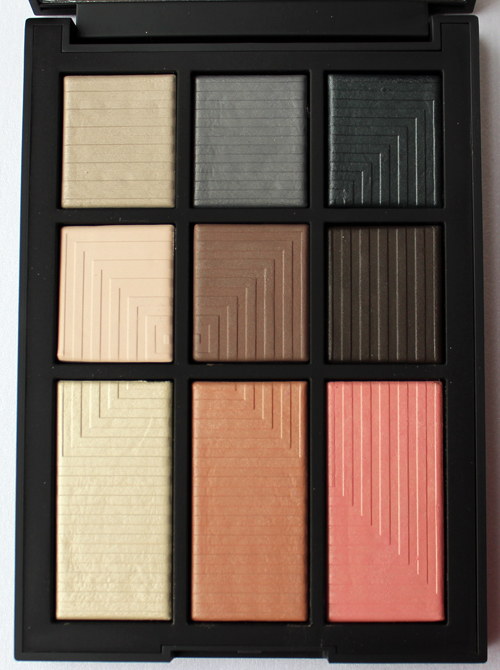 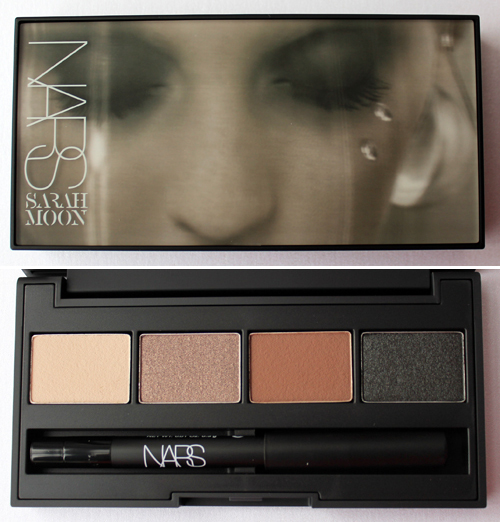 In looking at this still from the film, I can definitely see the influence.

As for the makeup, Moon wanted something soft but that still made an impact.   "We really collaborated to find this woman that was delicate, yet strong and always very modern,” she said.  In comparing the collection's behind-the-scenes video and more images from Metropolis, you can once again see the resemblance.  The dark eye shadow and lips from the film get a 21st-century update in the NARS campaign.

I have to say just from looking at these stills, Metropolis seems totally bizarre, not to mention terrifying.  I don't think I'll be watching it anytime soon. 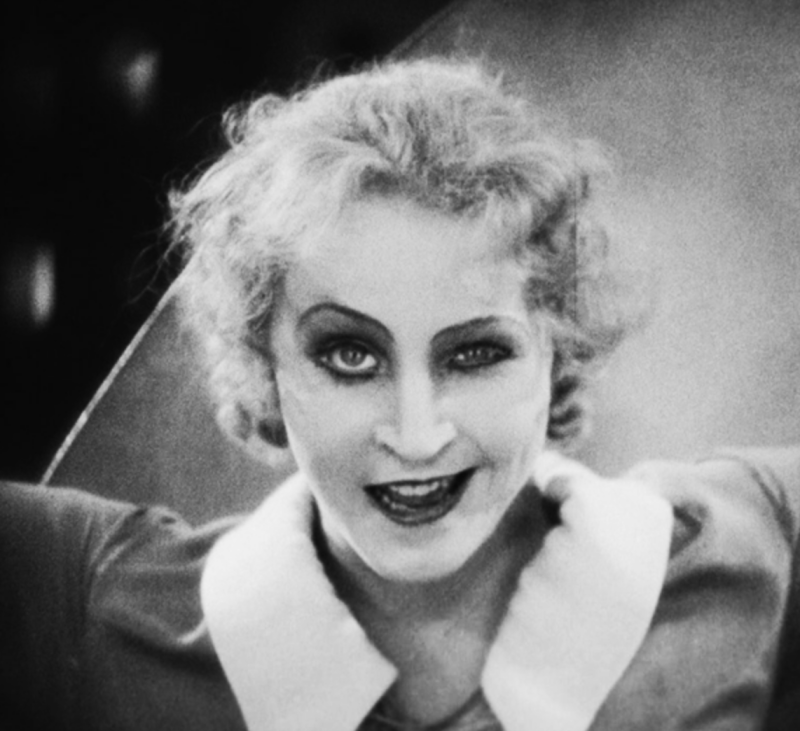 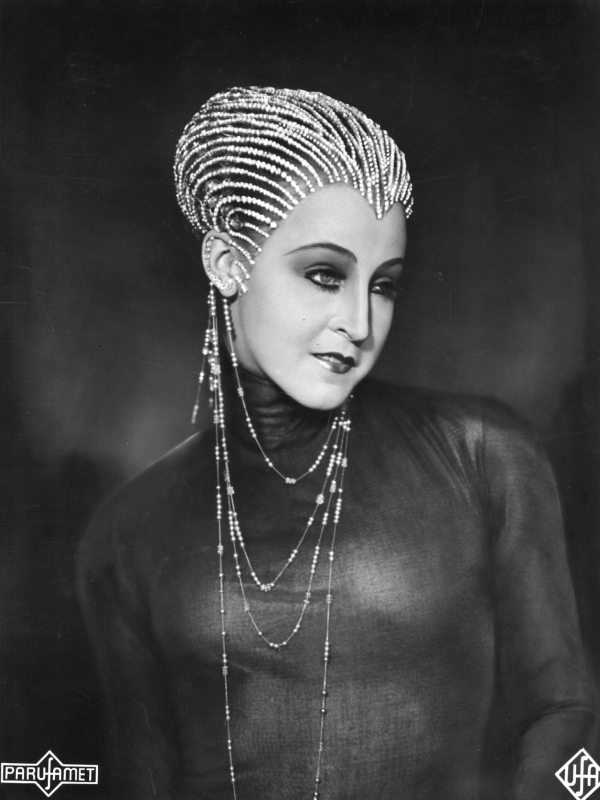 I'm a little embarrassed to admit I had never heard of Moon until now, so I'm going to give a brief rundown of her work so we can situate her style within the NARS collection.  Moon's hazy, dreamy images often lead to her being described as an "impressionist" photographer.  They're notable in their own right, but Moon also has the honor of being the first woman to shoot the famous Pirelli calendar, a feat she accomplished in 1972. The dark eyeshadow and red lips are similar to those from the Nars collection, no?  Obviously it's been updated - it's less harsh - but it's interesting that Moon maintained her fondness for this particular look for over 40 years.  The nod to Metropolis in the NARS collection is also unsurprising given the artist's infatuation with 1920s style, a passion shared with Biba founder Barbara Hulanicki, for whom Moon photographed campaigns:  "The two women shared a love for silent-era screen stars, like Marlene Dietrich and Greta Garbo, and they played off those references by setting models’ pale complexions against moody backgrounds." 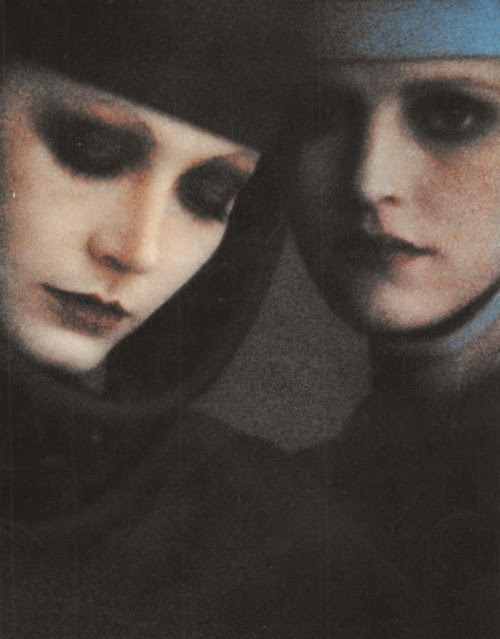 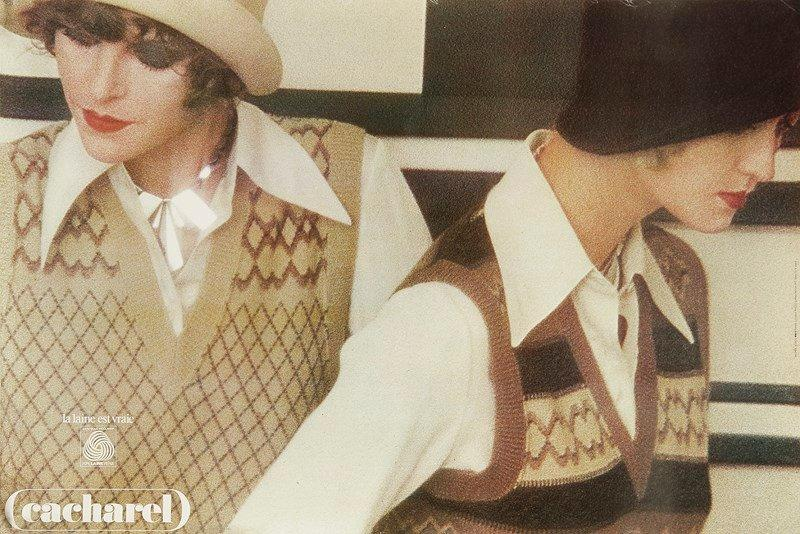 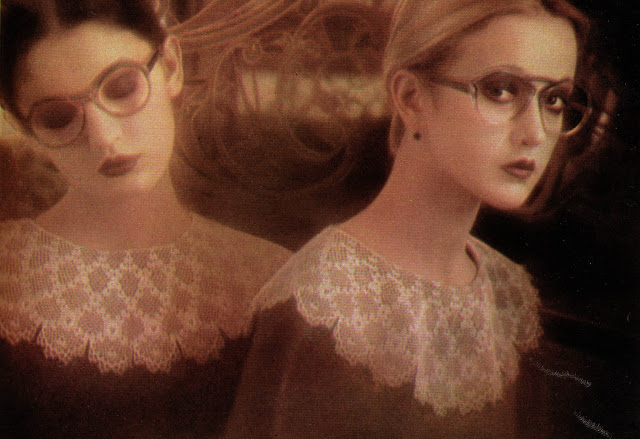 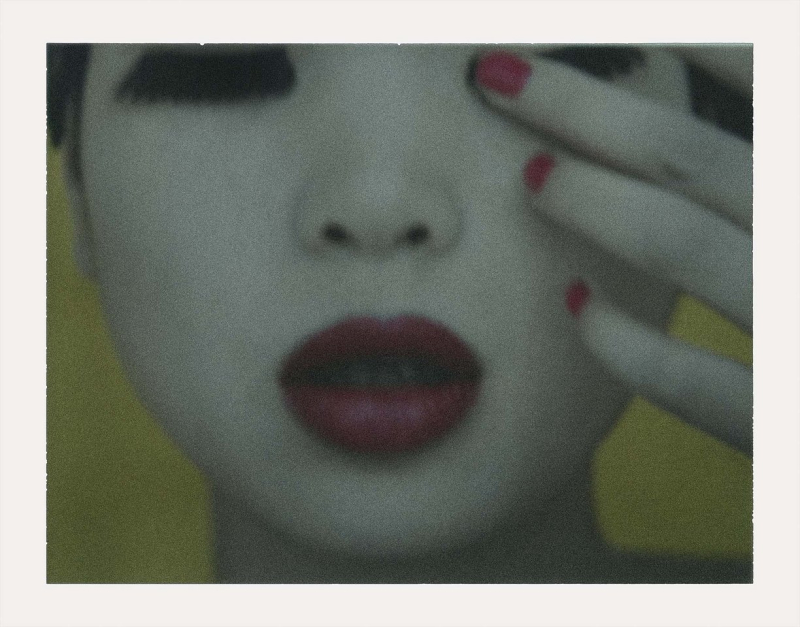 As for Moon's overall style, I find it slightly eerie but undeniably pretty. It's not quite surreal, but certainly not of this world; the women in her photos seem to occupy another realm.  The closest thing I can think of is that rare state between wakefulness and sleep, like when you're coming out of a dream and you're not sure whether you're awake or still asleep - that's what these images evoke for me.  I also think the women are portrayed as feminine yet strong, and sensual rather than overtly sexy, which is a rarity in fashion photography. 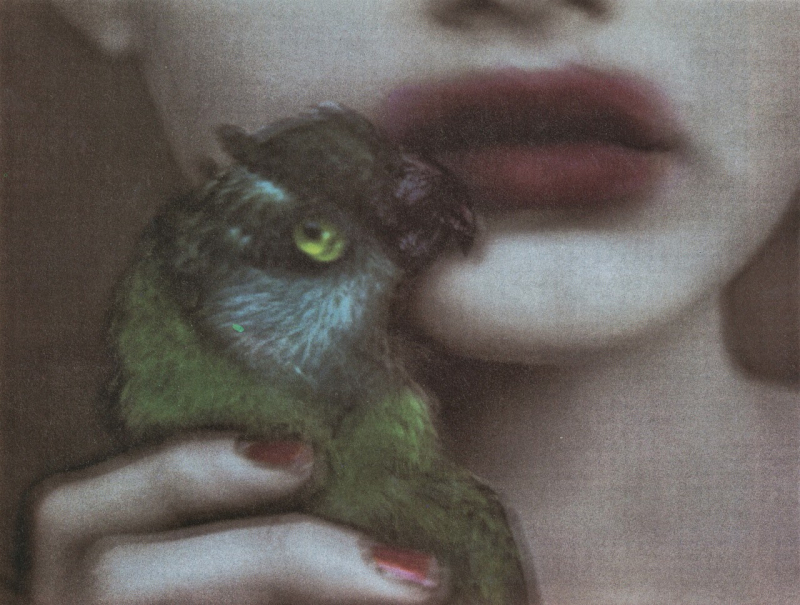 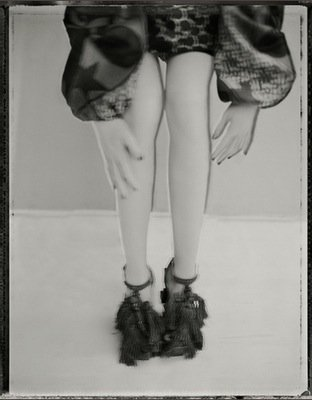 You know I couldn't not include a mermaid, right? 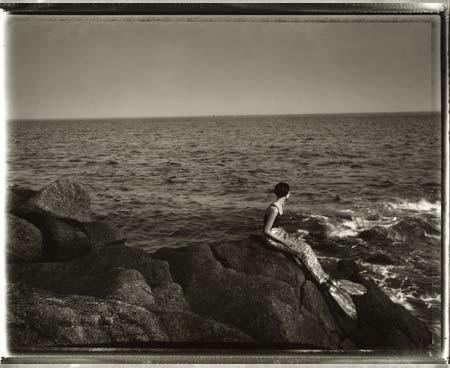 In looking at Moon's work, I have to say I'm disappointed that Nars lumped her in with the other photographers he's collaborated with over the years.  "I'm always trying to work with people that have a very strong visual sense of beauty. I think Sarah Moon and [previous collaborator] Steven Klein are so extremely different, but they have the same love and same strong, edgy, sharp sense of fashion and beauty. And they love women, which is so important. They love making [women beautiful], elevating them and really beautifying them. Steven [Klein], Guy Bourdin and myself — because I love making women look beautiful when I take pictures for the campaigns — it's really the same approach. We all do it in different ways, but we all love making women look beautiful."  Right, because nothing demonstrates how much you love and respect women like taking photos of them stuffed into trashcans or insensitively portraying them as abused mental patients.  *eyeroll*  I mean, come on!  There is such a huge difference between Moon's approach to photographing women and Klein/Bourdin.  But at least Nars understands that these collections will bring the work of photographers he admires to a wider audience, which, grudgingly, I fully support.  "Doing these collaborations makes us really promote photography and great talent. It's a platform; we're putting them in focus and in the spotlight and maybe making the public discover someone like Sarah Moon, who, in America, might not be as famous as she is in Europe...I love photographers, so it's very nice that through that, I'm having so much fun creating colors and doing the packaging. And at the same time, it's great for photography and artists. The collaborations won't only be with photographers; we're going to have painters, we're going to have sculptors, who knows. We want to work with different people."

Final thoughts:  I can appreciate the beauty of Moon's work and I thought both she and Nars absolutely nailed a modern, unique spin on Metropolis, but honestly, it's not my favorite.  The nearsighted among us might slowly be driven crazy while looking at Moon's photos, wondering if we actually have our glasses on/contacts in or if our prescription needs to be stronger.  And the NARS palettes proved immensely difficult to photograph because I could never tell whether my photos are blurry or if it's just Moon's trademark haziness.