The owls are not what they seem: Laneige x Lucky Chouette

As soon as I laid eyes on this collection a while back I knew I had to procure it for the Museum.  For the 3rd iteration of their Laneige Meets Fashion project, this fall Laneige teamed up with fellow Korean brand Lucky Chouette (chouette = owl in French.)  Lucky Chouette is actually a sister line to Jardin de Chouette, a higher-end line founded in 2005 by Jae-Hyun Kim.  Since I'm feeling too lazy to describe the aesthetics of each, I'll direct you to this great profile of both over at Style Bubble.

And now for the makeup!  How freakin' cute are these owls?! 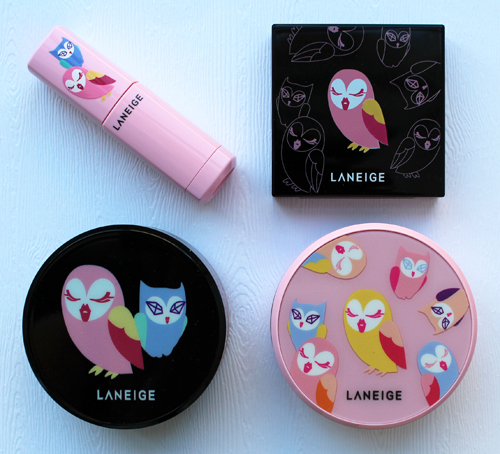 I learned that they have names and personalities.  Bella is the pink owl and Vely is the blue one.  Laneige describes them thusly:  "Chouette, which means 'owl' in French, is a symbol of good fortune. An encounter between Laneige and Lucky Chouette gave birth to a lovely pair of owls that promise to bring good luck to all.  We have two muses: Confident, outgoing, and outspoken, Bella Chouette is especially charming with her full lips. Shy Vely Chouette is prudish and prone to blush." 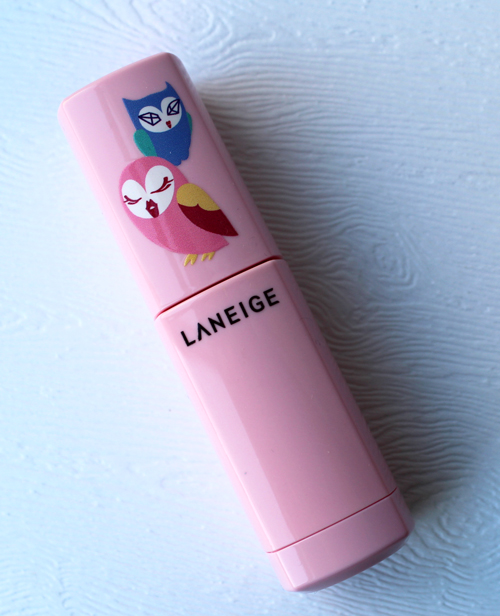 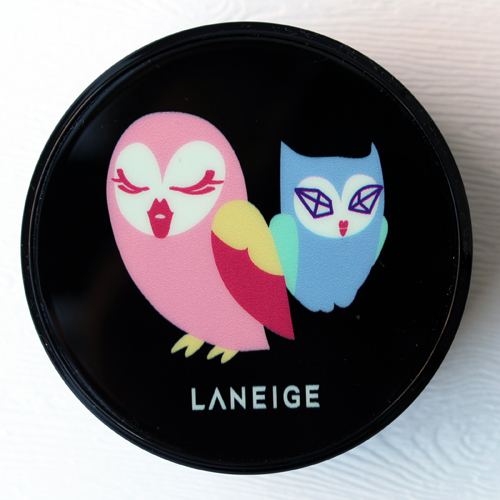 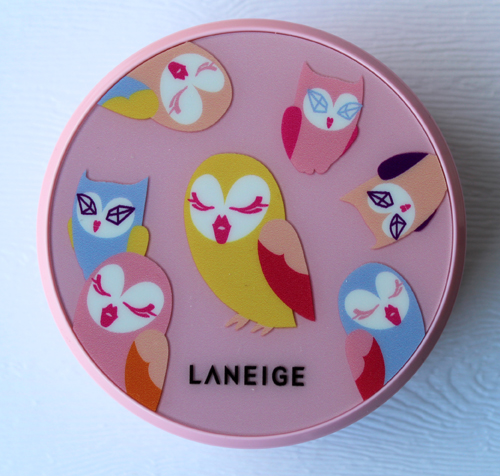 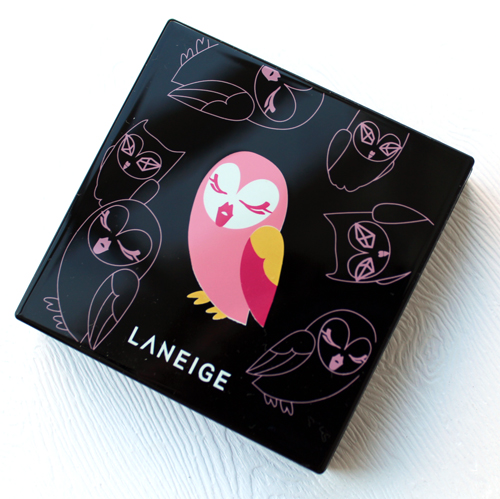 Bella's eyes are actually part of a plastic overlay on top of the blush, but she's still pretty adorable without it. 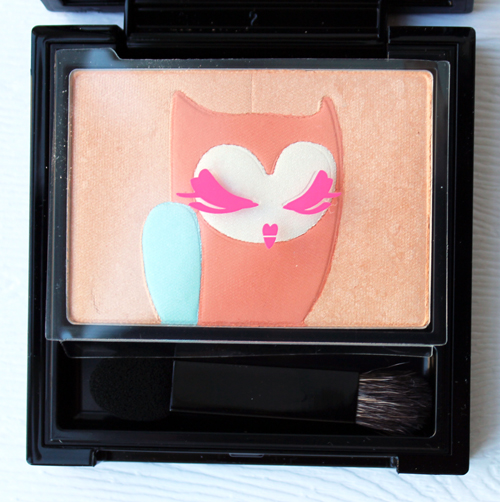 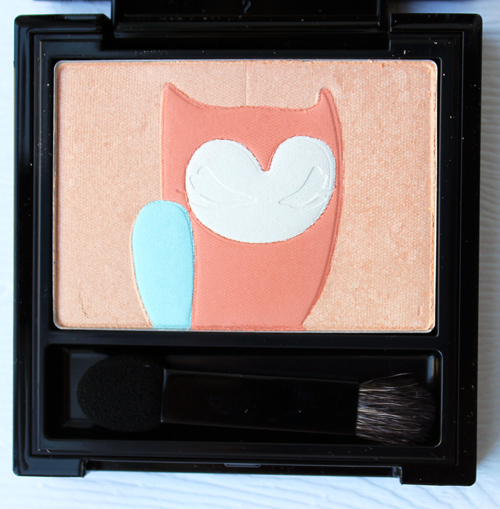 I figured that obviously Lucky Chouette clothing would be chock full of owls, and my hunch was correct.  While there are plenty of pieces without the owl motif, the bird does figure prominently and comes in a variety of colors, shapes and sizes. 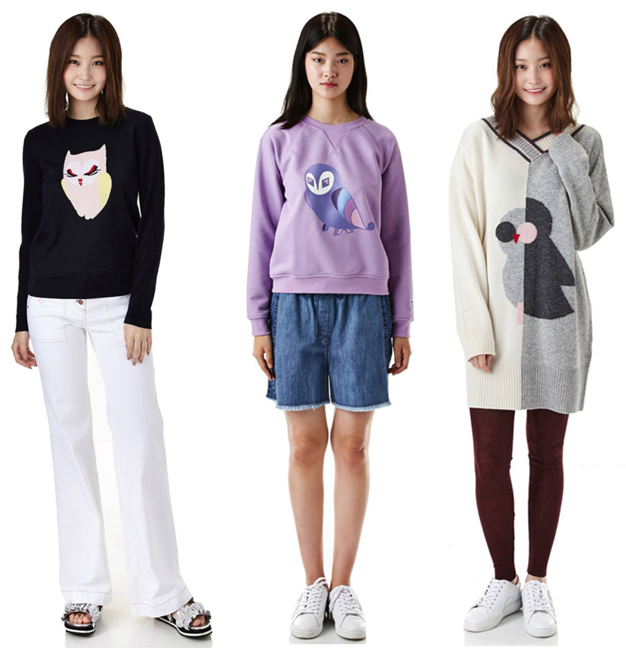 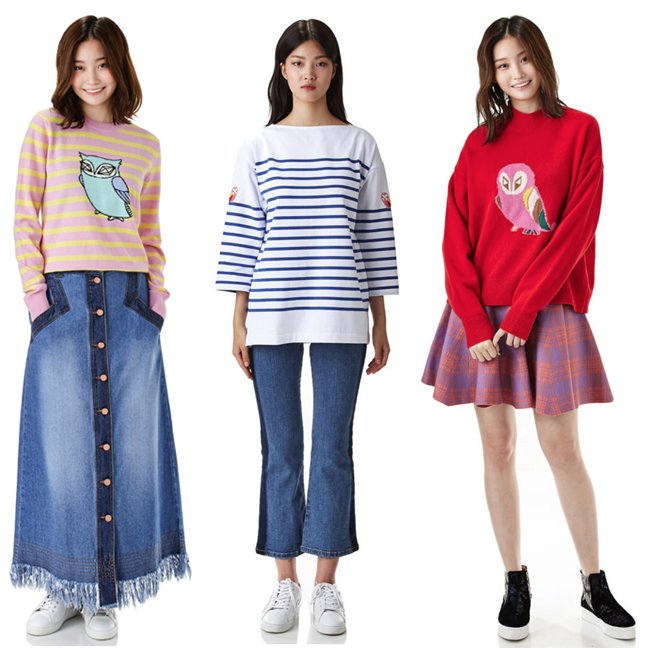 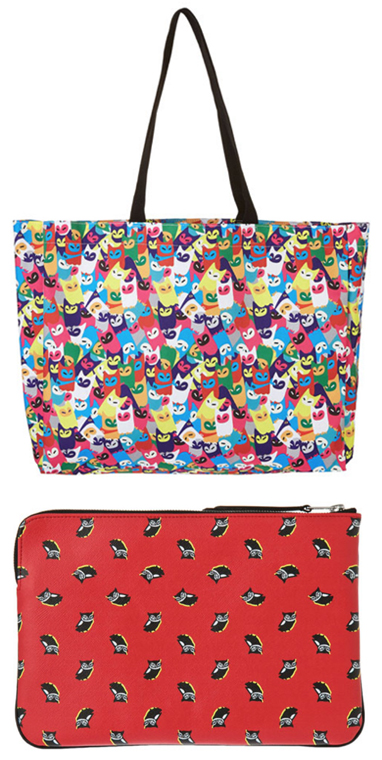 In poking around the Lucky Chouette site, I learned that besides Bella and Vely, the owls from past seasons also have their own names and personalities.  Too bad I don't know Korean, because I'd love to understand the creation story.

I would also be able to read about each owl's style and character traits based on these little bios that pop up when you click on one of the owls.  I always like to see a designer that really thinks about their work.  In the case of Jae-Hyun Kim, these profiles show that she genuinely thought about each creation and their style inspiration - it's not simply "I think owls are cool so I'll just slap a bunch on my clothes", there's actually a story behind each one. 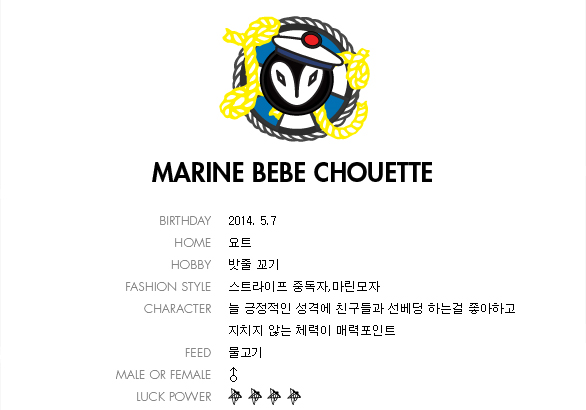 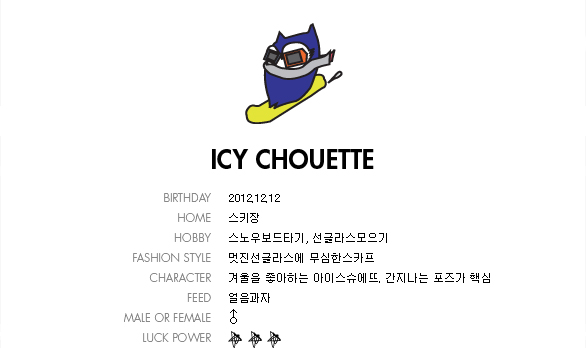 My favorite, obviously, was the punk-inspired Rebel Chouette...at least, her spiky crown looks to be pretty punk.  She's particularly lucky too! 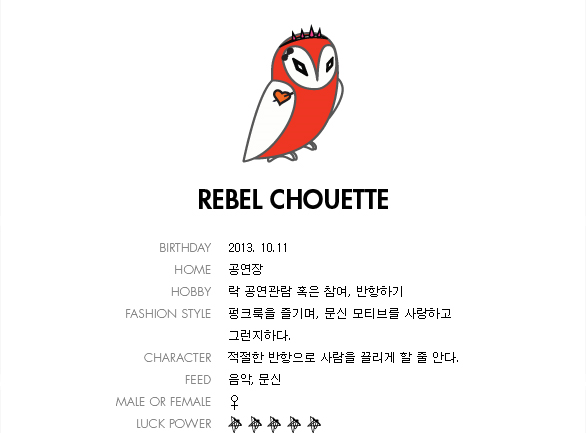 Now let's take a quick peek at the original Jardin de Chouette line, which, you guessed it, also works in several owl designs each season.  The photos below are from shows spanning 2006 through 2014. 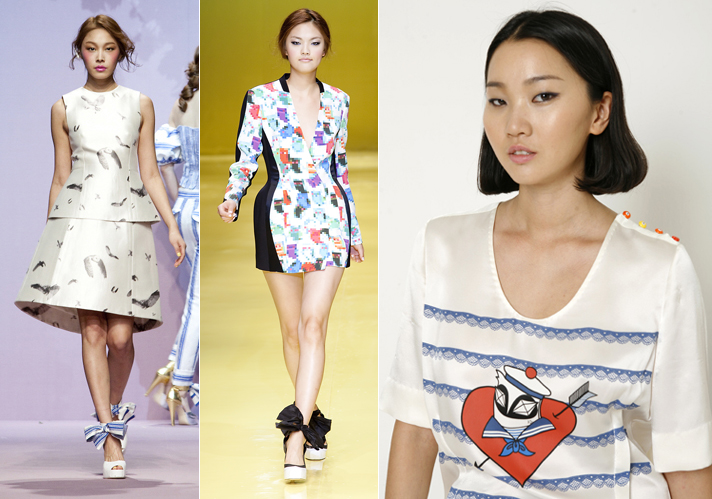 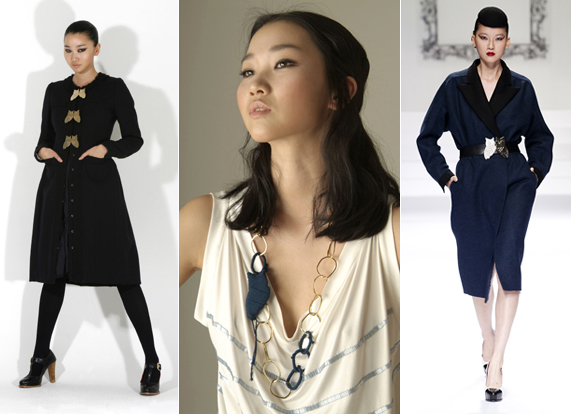 Overall, I enjoy the styles of both Jardin de Chouette and Lucky Chouette - I'd wear one of those owl sweaters from the latter in a heartbeat.  Perhaps it's the extensive use of a beloved critter, or the fact that there's a higher-end line and a diffusion line, but this is reminding me quite a bit of Paul & Joe and Paul & Joe Sister.  Of course, the silhouettes and general aesthetic/feel are different, but both Jae-Hyun Kim and Sophie Mechaly express their allegiance to their favorite animals by working them into their collections in new and exciting ways each season.  I also think Lucky Chouette was a great choice for a collaboration with a makeup line.

What do you think?  And are you more of a Bella or Vely?  I'm more of the shy Vely type, although I like to think I have Bella's lashes.  :)