It's my opinion that any time a company does a cartoon-themed collection meant for adults, they have to be careful not to veer into kiddie territory.  It's tricky when collaborating with, say, the likes of Disney, and sometimes it goes a bit juvenile.  But other times brands pull it off well, and Paul & Joe has consistently been able to elevate themes and characters we usually associate with childhood.  This is the case with their latest collection, which features Looney Tunes favorites Tweety and Sylvester along with infamous cat and mouse duo Tom and Jerry.  While I'm not the biggest fan of either of these - I wasn't really into Looney Tunes as a kid, and if Tom and Jerry were on before school I'd watch them on occasion but definitely wasn't obsessed - I still thought the collection was Museum-worthy because Paul & Joe did another great job making such things seem perfectly acceptable for a grown-up to own.  :) 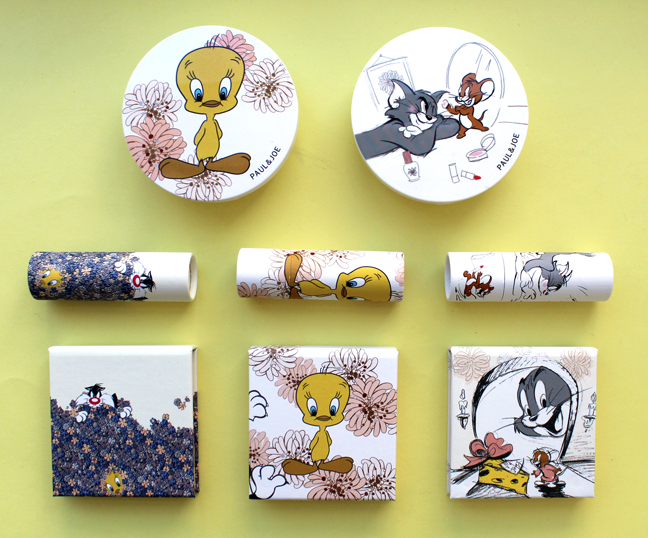 Set against Paul & Joe's signature chrysanthemums, Tweety and Sylvester appear a little more refined than how we're used to seeing them while still engaging in their usual hijinks. 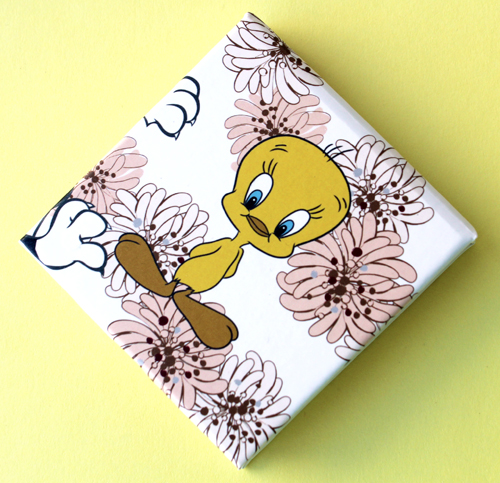 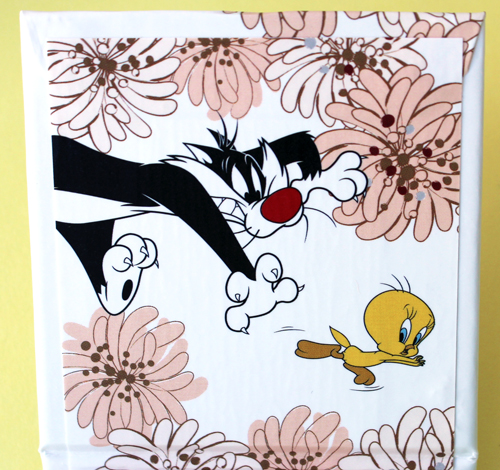 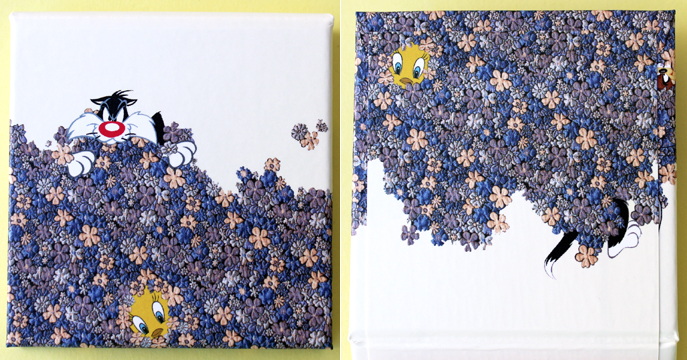 Tom and Jerry also partake in their typical shenanigans (Tom luring Jerry with a chunk of cheese), but are also depicted, appropriately enough, playing with makeup. 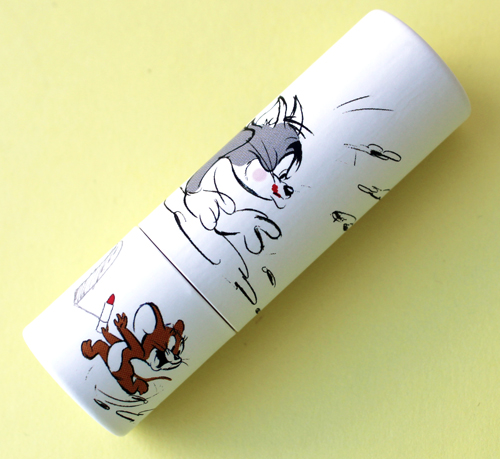 I love this little detail on the lipstick cap. 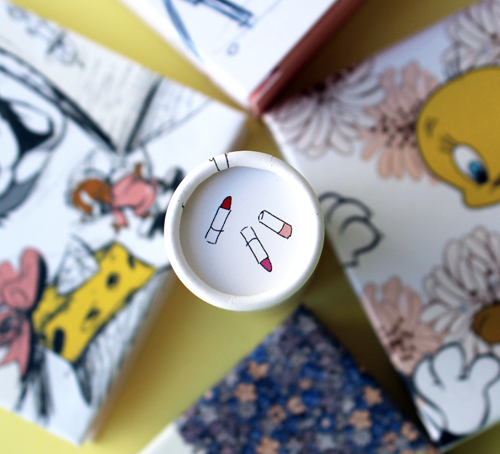 The Looney Tunes makeup collection isn't completely out of left field, as it's basically an extension of the Warner Bros. collab from Paul & Joe's Sister line.

The Looney Tunes collection was even more extensive and included characters other than Sylvester and Tweety. 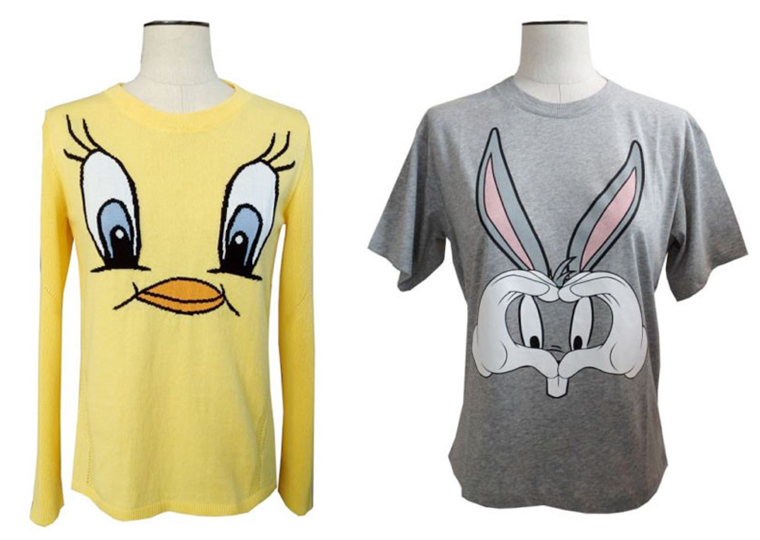 At first glance I thought the print on this dress was the same as the one on the compact, but if you look closely you can see Daffy Duck and Bugs Bunny.

There was also a men's capsule Looney Tunes collection. 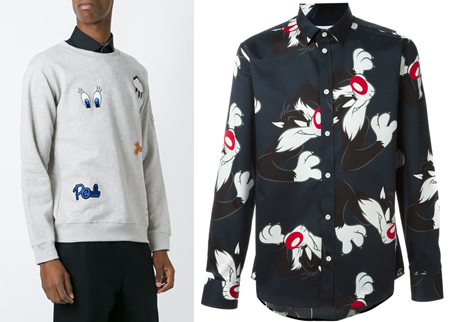 Anyway, my only complaint was that none of the Tom and Jerry scenes featured the fancy white cat.  From what I remember watching as a kid, there was this super glam lady cat that Tom had a crush on.  I don't think she had a name but I loved her!  I think my obsession with long eyelashes was influenced in part from this very chic kitty. 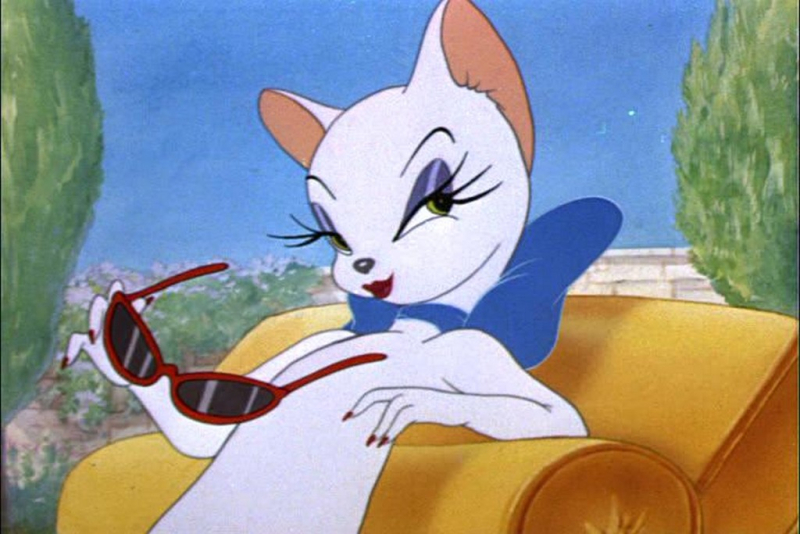 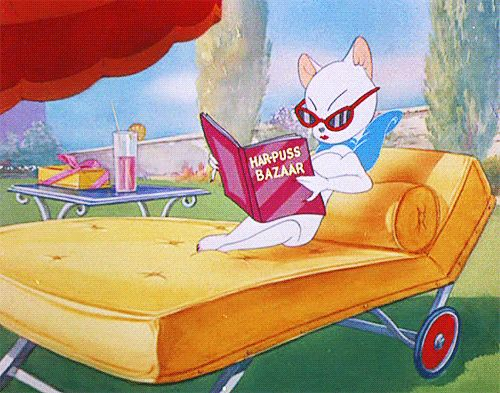 This image of her doing her nails, for example, would have been perfect. 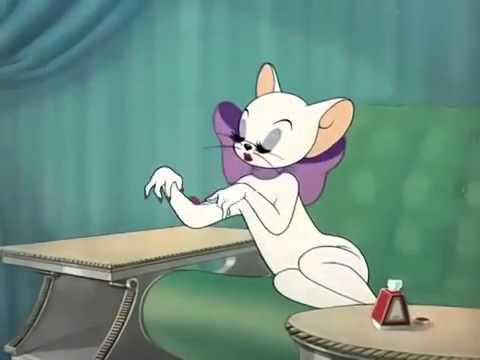 What do you think?  Did you pick up anything from this collection?