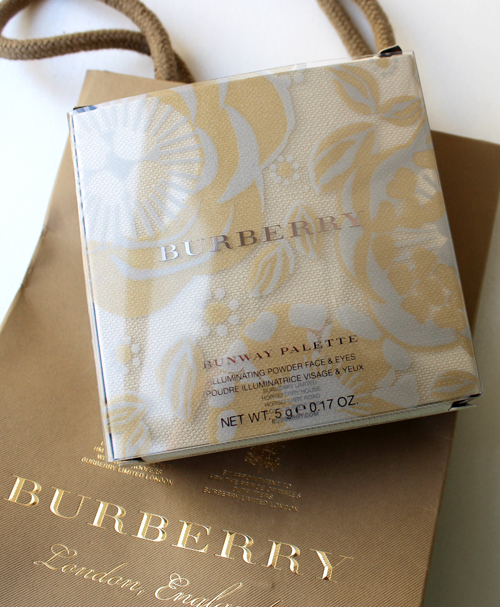 Burberry has been on quite a rapidly upward trajectory in terms of their runway palettes - each one seems to be more eye-catching than the last.  So as soon as I got wind of their fall 2016 palette I knew I had to have it as I think it's the prettiest one they've done so far.  Sadly, there doesn't seem to be an additional red and black palette, which many makeup junkies thought there would be based on this photo.  I did a live chat with Burberry and called a store in Soho, and nobody I spoke with had any idea what I was talking about.  Now that the collection has been out for a while, I'm guessing the red and black was just a weird overlay someone decided to stick on there.  Why someone would put a different colored overlay onto such a lovely highlighter is beyond me (and somewhat cruel, leading us beauty addicts to think there would be another palette in different colors) but in any case, the gold is enough by itself. 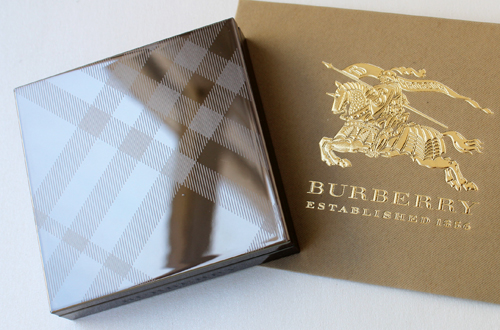 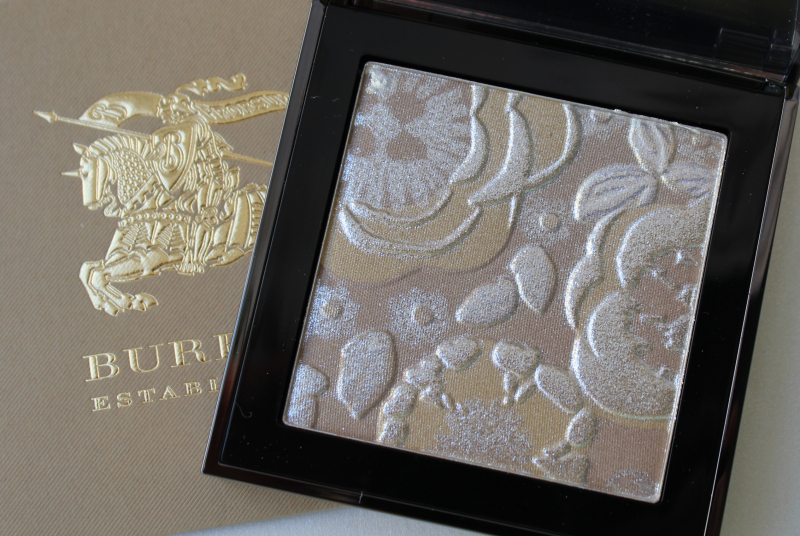 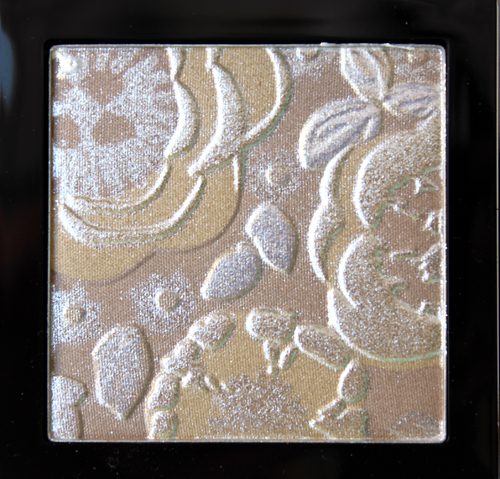 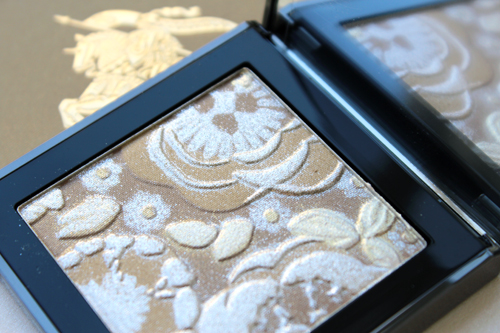 Once again, the print was borrowed from their most recent collection.  And once again, I was sent on a wild goose chase trying to figure out exactly which print it was.  There were many floral patterns in Burberry's fall collection, but none seemed to be the exact one on the palette. 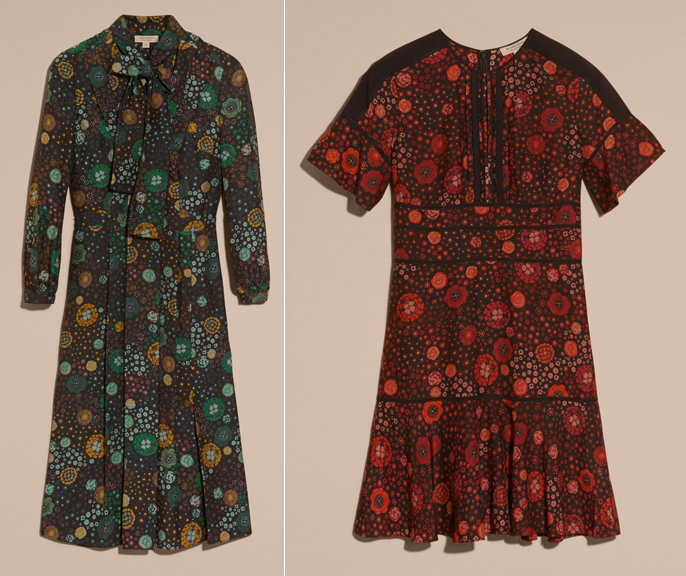 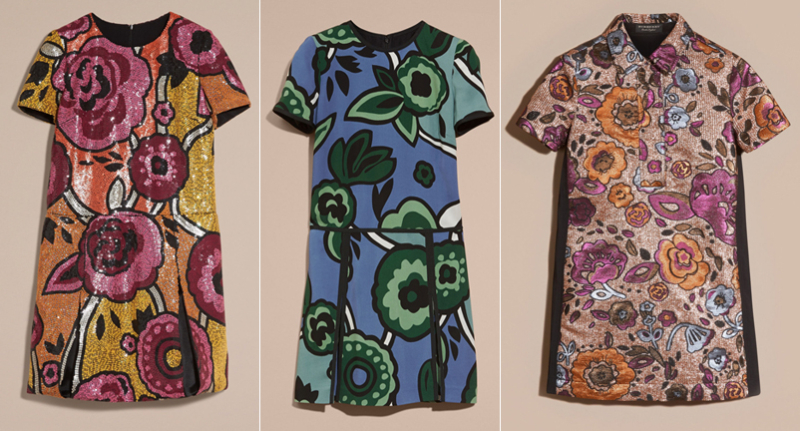 They were very close but not 100% identical.  Then I found this trench coat and these 2 dresses. 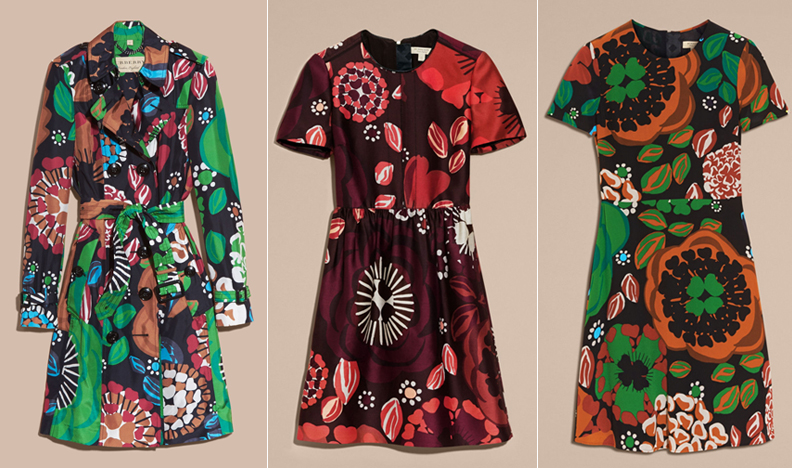 So that's where you were hiding!  Here's a detail to you can see it a little better. In poking around the Burberry site I also found this nail set, which borrows a vintage wallpaper-inspired pattern. 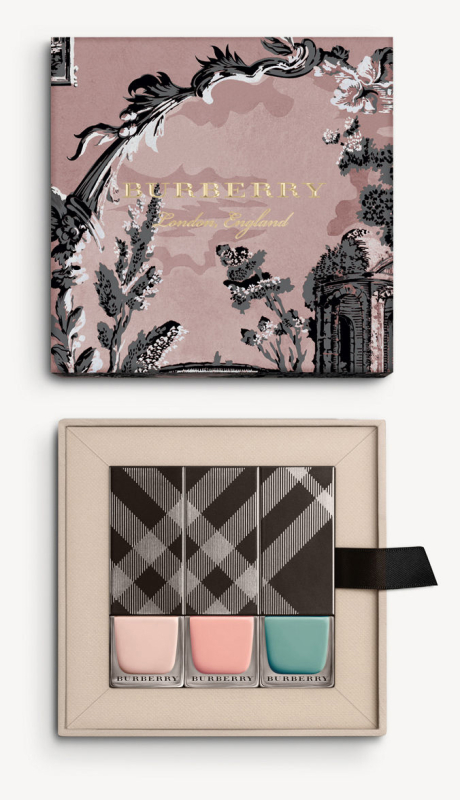 And just for funsies, off I went to locate the print within the clothing.  Some of the women's pieces had a wallpaper print but it wasn't the same. 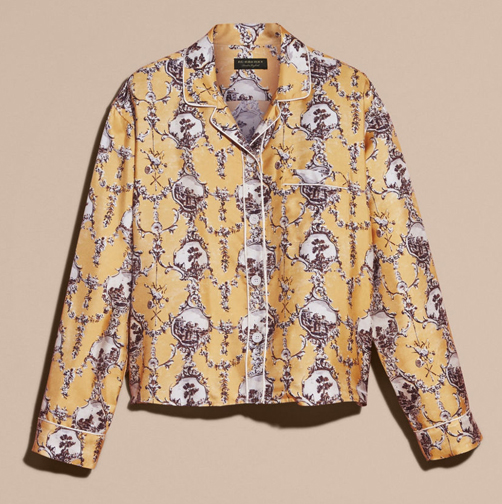 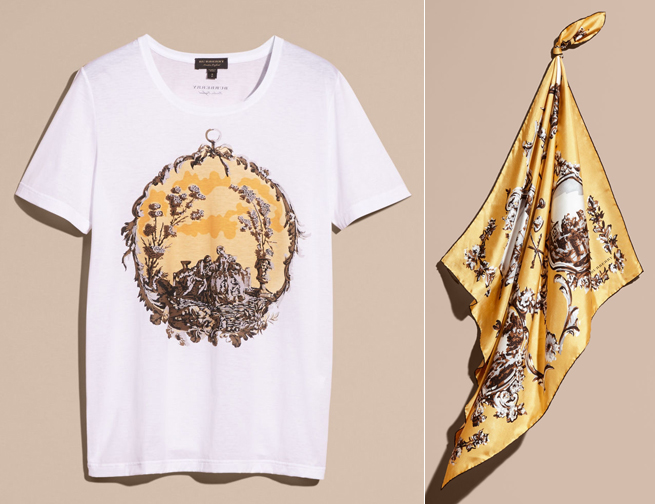 As with the spring 2016 runway palette, the exact design on the nail set was taken from some of the men's items.  I find it a little odd that there seemed to be different wallpaper prints for the men's and women's lines. 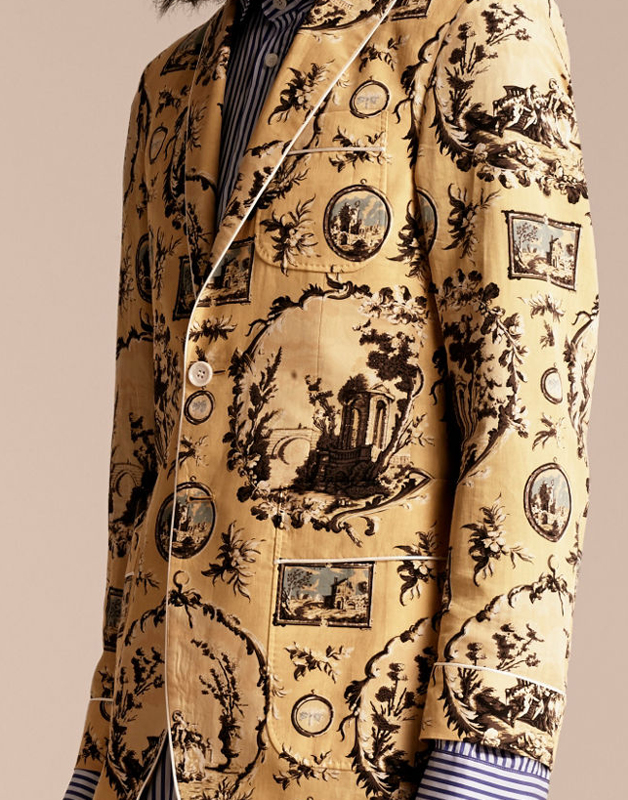 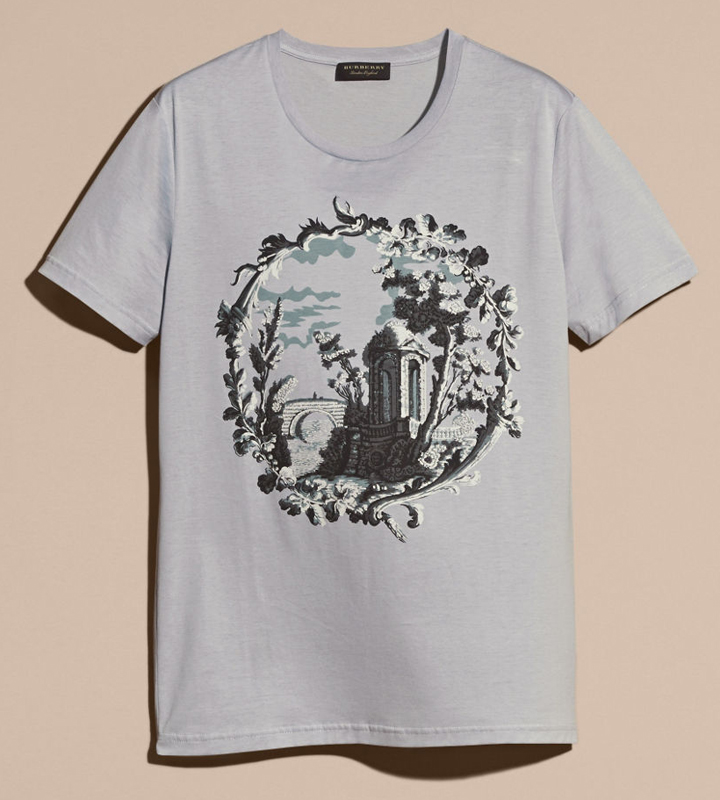 Again, I'm not sure why Burberry utilized a print that appeared only on the men's side for a nail polish set that's ostensibly being marketed to women, but I must say I enjoyed the hunt!  I'm still debating whether to pick up the set for the Museum, since the pattern is pretty and works well as an outer case.  As for the palette, well, it's easily my favorite of the runway palettes Burberry has released thus far.  I really liked the spring 2016 lace edition, but I think this one is a tad more intricate, not to mention shinier - I love the foil-like gleam of the flowers.

What do you think?  Do you plan on picking this one up?

Posted at 11:42 AM in Burberry, Couture/Fashion | Permalink | 0 comments