You might remember this neat ad for Max Factor's Italian Touch that I featured in the summer exhibition. 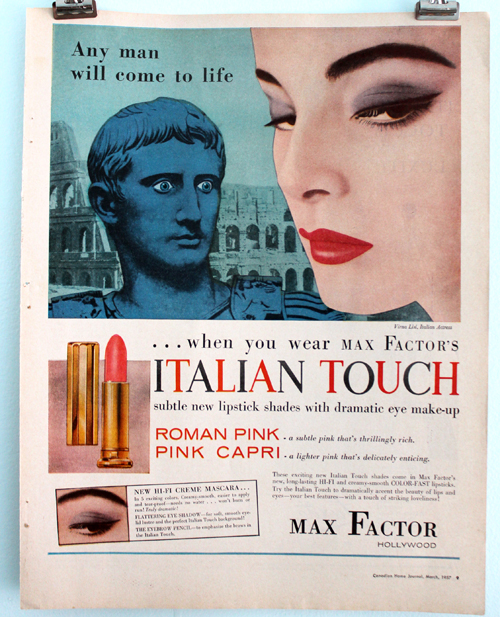 I also mentioned there was a really cool bust used as a store prop floating about on E-bay, but that it was pricey.  Well, as it turns out I didn't have to worry about the cost because a certain very thoughtful and generous husband purchased it for me!  I really don't have anything like this in the Museum's collection and I was so happy he snagged it for me.  As far as store advertising goes it's pretty unique. 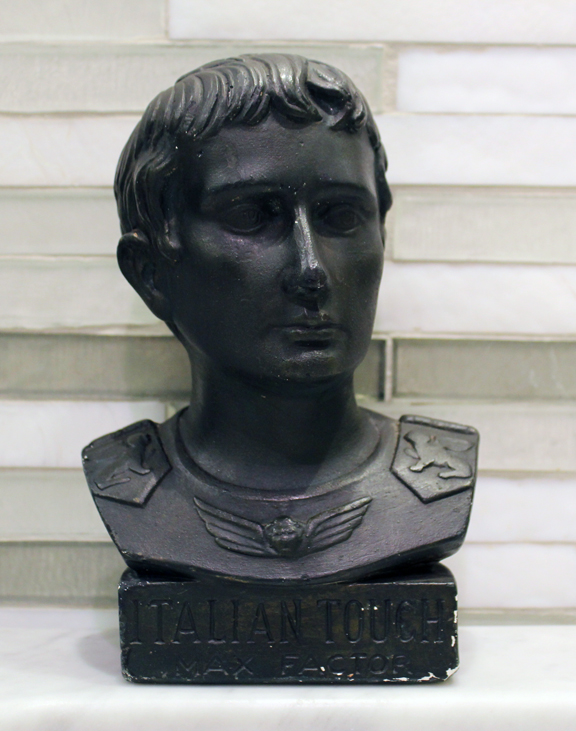 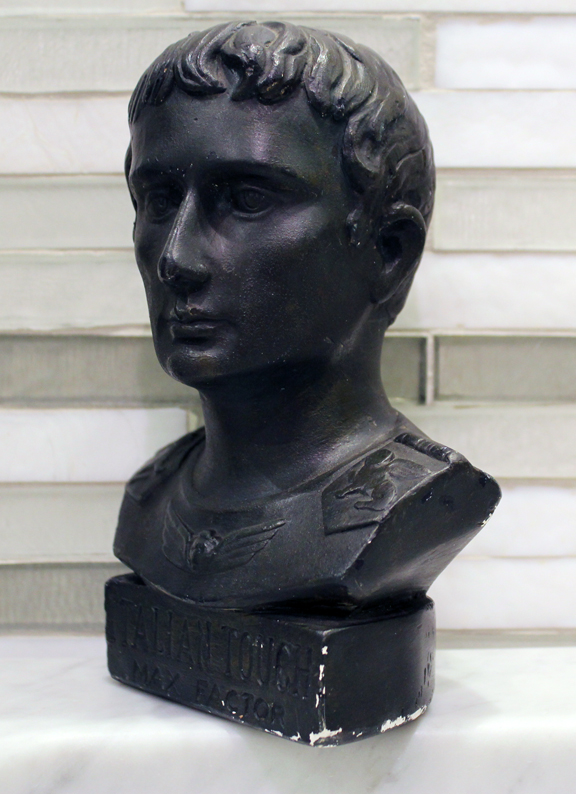 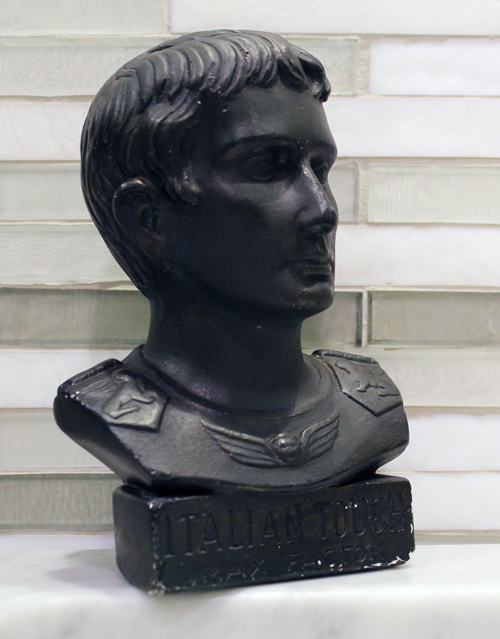 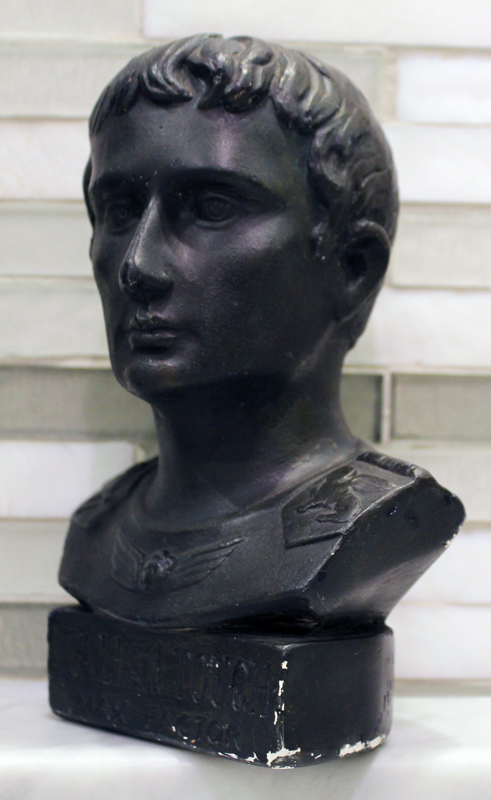 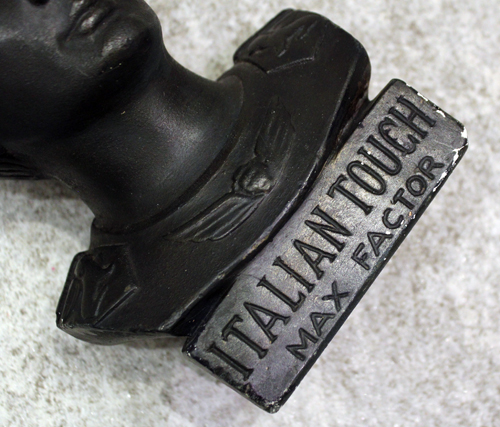 I love the sphinxes on each shoulder!  Perhaps they were borrowed from the Augustus of Prima Porta. 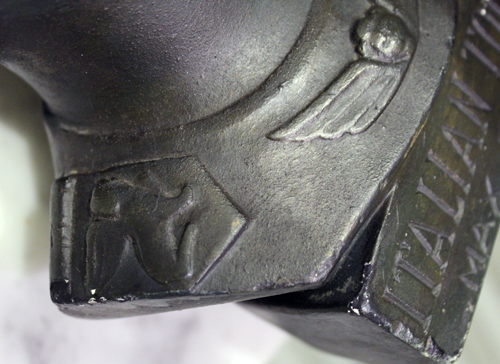 I couldn't find a complete history of the campaign but it must have been quite large, given that I've seen ads in various languages.  In addition to plain old English, I also came across French: 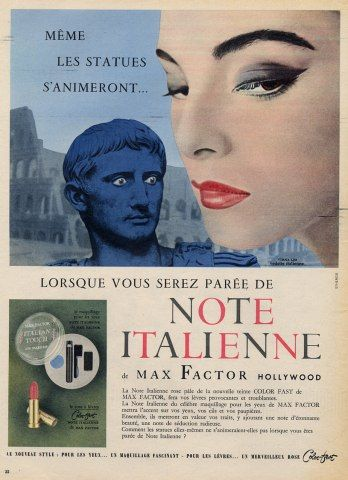 Italian (of course...additionally, Italian film star Virna Lisi starred as the model, which further demonstrates how calculated the campaign was): 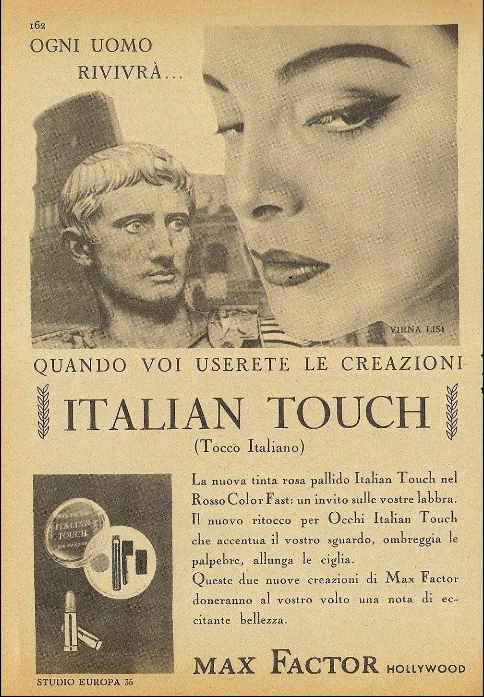 And Dutch.  This is particularly fascinating given that the e-bay seller Enrico was purchased from was located in the Netherlands.  I also would have loved to get my hands on the little set pictured in these ads to round out a sort of capsule collection of the Italian Touch campaign, but I'm pretty satisfied with the bust. 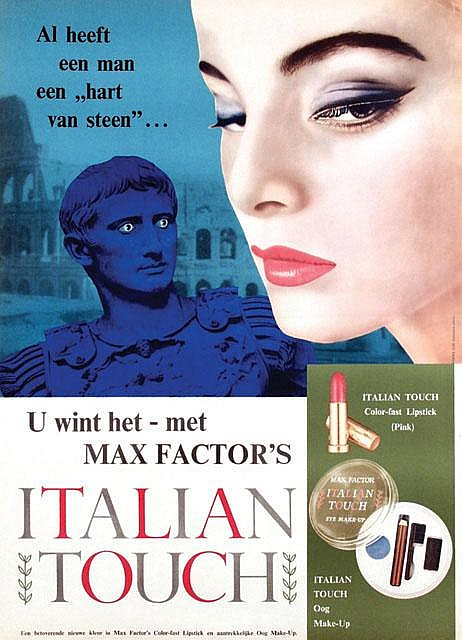 I also found these two English-language ads from Canada and Singapore. 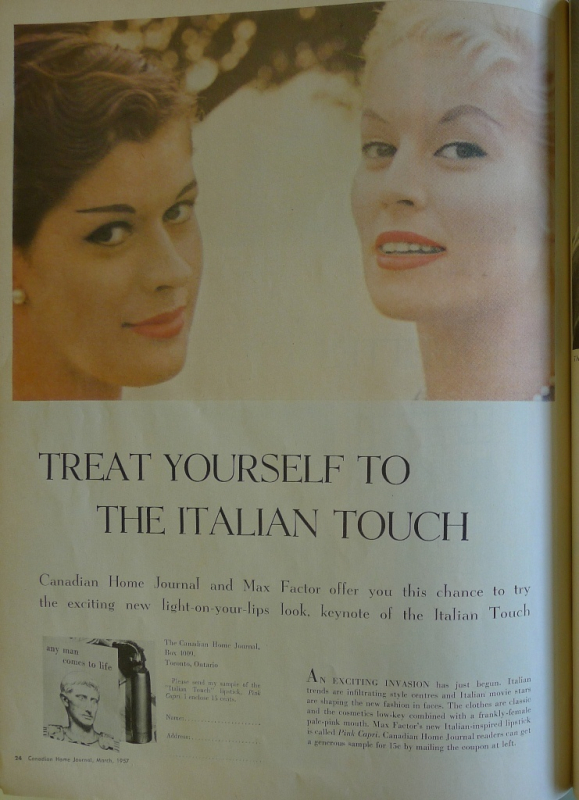 I couldn't remove the watermark from this but you get the gist. In the U.S., a new shade called Roman Touch was available in several products in addition to the Italian Touch collection. 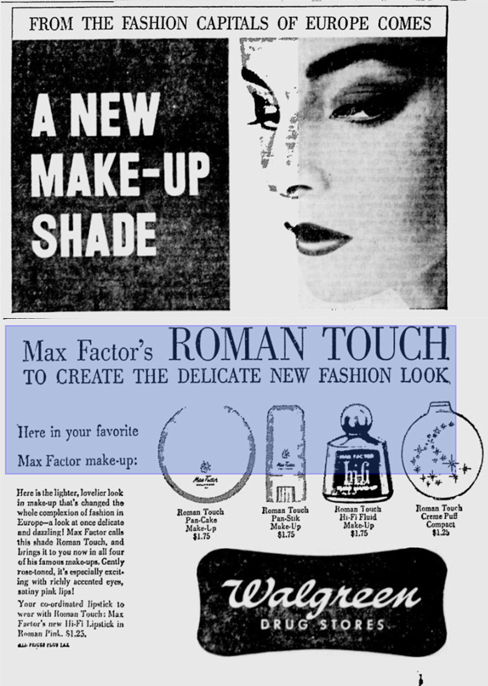 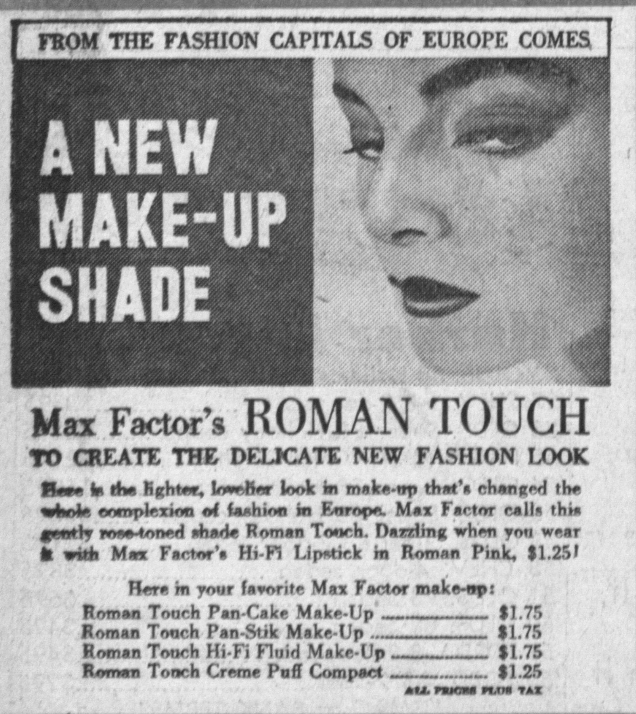 All in all, I think this is one of the strangest, yet well-planned advertising campaigns for a vintage collection I've come across.  Normally I'd be creeped out by the idea of statues coming to life, but in this case I think the offbeat nature of it is quite amusing. And based on what Museum Advisory Committee member Sailor Babo has told me about his conversations with him, Enrico is totally harmless and has lots of interesting stories. 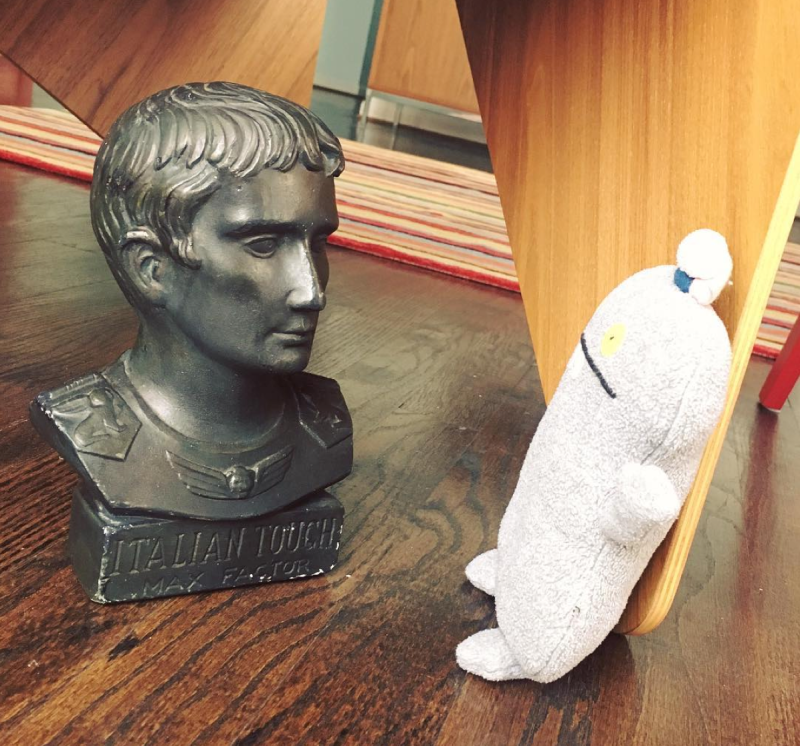 What do you think about this latest Museum gift?  Big huge thanks to my awesome and supportive husband. :)