Friday Fun: MAC's trolling us all

Initially I was confused as to why MAC chose troll dolls as a collection theme.  Yes, a resurgence of all things '90s is upon us, but it still seemed strange to resurrect the troll doll fad.  It only made sense when I got wind of the new Trolls movie, which releases this November.

Naturally I love how obnoxiously bright the packaging is.

The image on the boxes is the signature crazy troll hair. 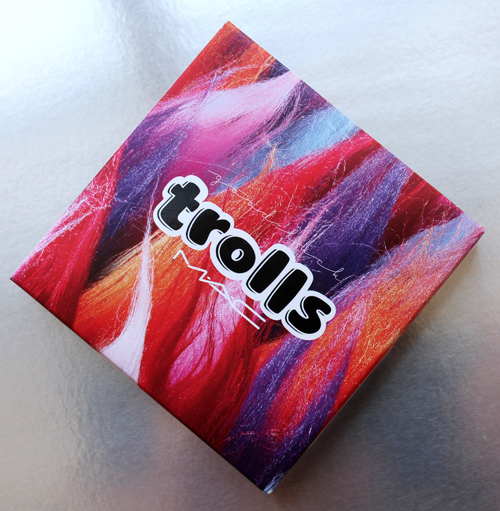 I don't think I've ever seen makeup with a troll silhouette imprinted! 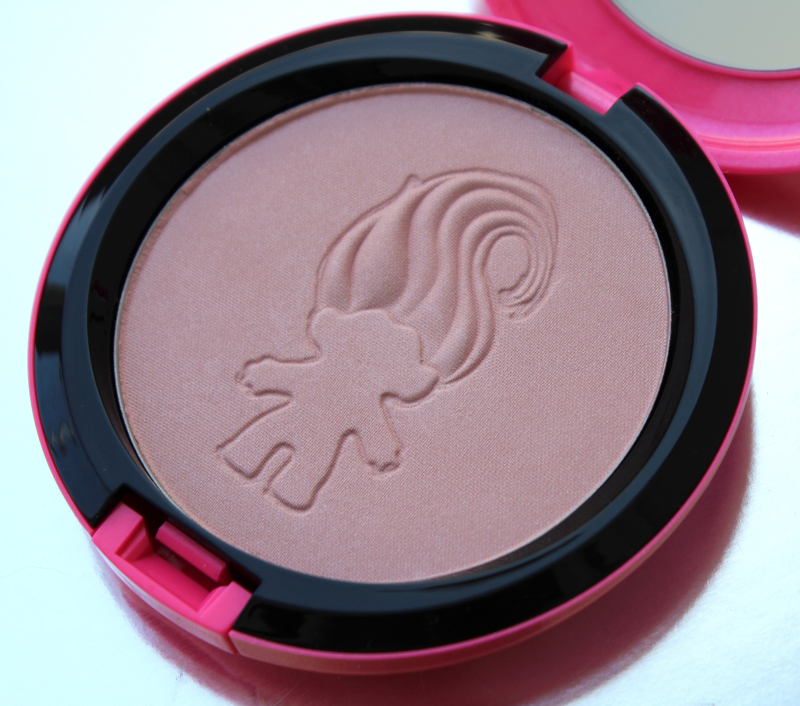 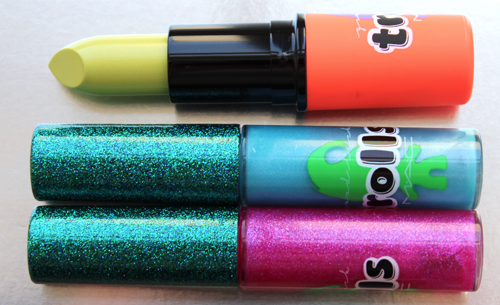 Now for a little history.  The original troll doll was created by a Danish woodcutter named Thomas Dam in 1959.  Too poor to afford a Christmas gift for his daughter, he carved her a troll figure out of wood instead.  Pretty soon the doll was the talk of the town, and the Dam Things company began producing trolls made of plastic in the early '60s under the name Good Luck Trolls.  In the U.S. the troll doll craze hit peak popularity from 1963-65 and came around again in the '90s.  Being the '90s buff that I am, I felt the need to do a little more research on the renewed interest in trolls.  I found a very useful entry on the topic here - while no longer active, this blog is great for anyone needing a dose of '90s nostalgia.  While regular trolls were popular, there were also dolls known as Treasure Trolls that sported jewels in their bellybuttons, and you would rub the belly gem for good luck.  You might remember the billikens I looked at earlier this year - one would rub their bellies for good luck, and one of the compacts I included showed a billiken with a jewel in his navel.  So maybe the Treasure Trolls were drawing on this tradition?  In any case, I just had to include these early '90s commercials for the Treasure Trolls.

I was hoping to find more about why trolls experienced such a renaissance in the '90s.  Alas, I didn't turn up much.  This article seems to think it was the general '90s obsession with anything retro, but that's about all I found.

Anyway, as a collector I was also curious to see if there were any folks out there who had amazing troll stashes, or even museums. Behold, the Troll Hole Museum in Alliance, Ohio!  Run by Sherry Groom, the museum boasts a Guinness World Record collection consisting of over 10,000 troll dolls, figurines and other troll memorabilia. It's the largest troll collection in the whole world. 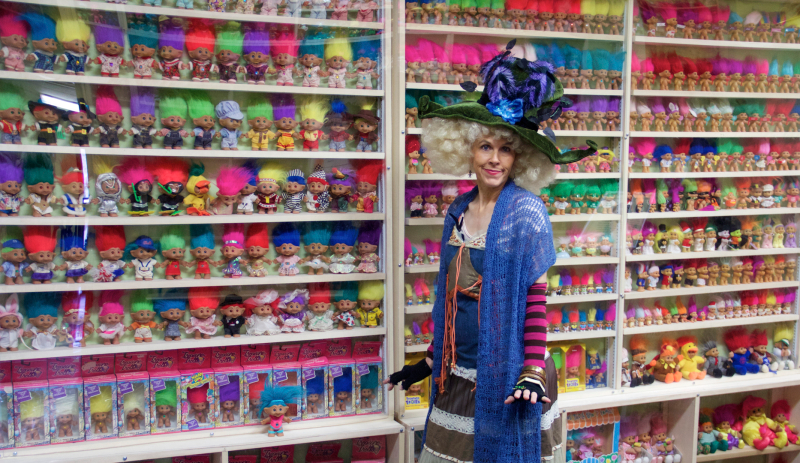 And up until recently, there was a Troll Museum in New York City's Lower East Side.  The collection is considerably smaller; however, it was home to possibly the most diverse collection of trolls, including a very rare two-headed troll from the '60s.  Unfortunately proprietor/artist Jen Miller, better known as Reverend Jen, was evicted earlier this summer.  Due to health issues she was unable to work and pay the rent.  It breaks my heart to think of her collection, so lovingly amassed over 20 years, to be sold or given away.  Not only that, since the museum was actually her apartment (tours were given by appointment only) she has nowhere to live now. 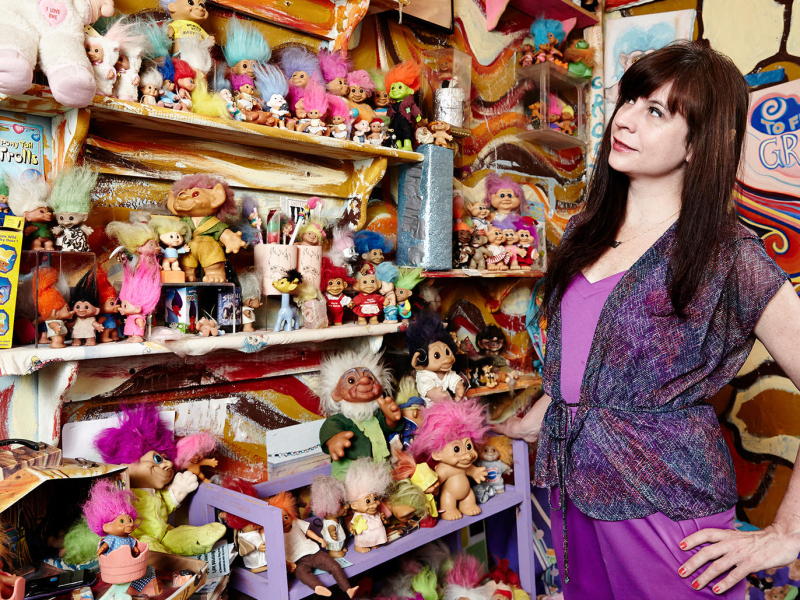 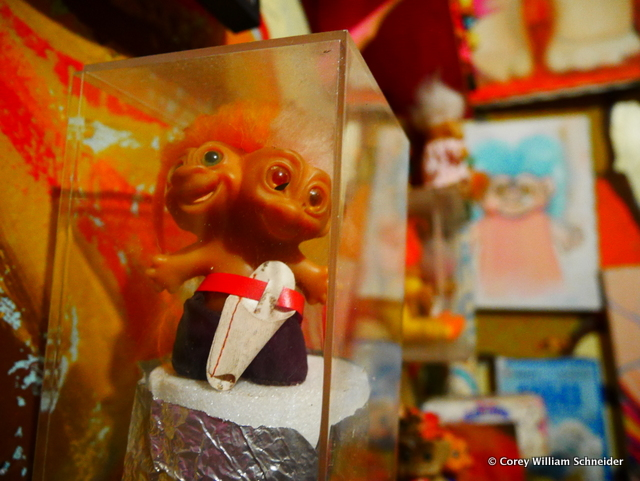 While the Troll Hole may be much bigger, I definitely gravitate more towards Reverend Jen's collection.  We seem to be kindred spirits in our approach to having museums in our homes, and also our "Board of Directors" - she clearly has a sense of humor about it the way I do with my museum staff. 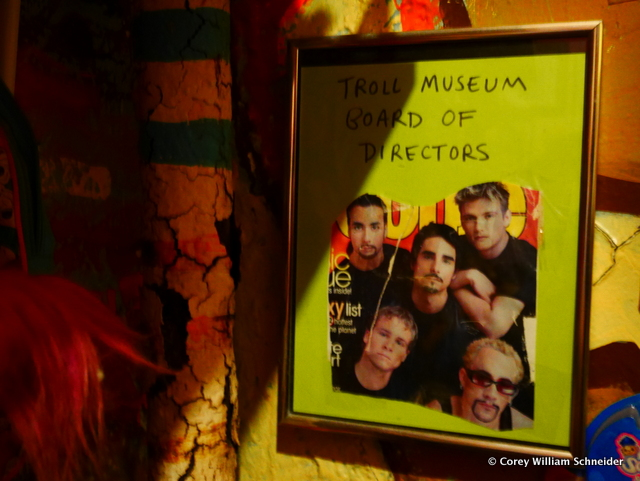 I do hope Reverend Jen is able to get back on her feet.  If nothing else, I wish I had known she was getting thrown out of her apartment - maybe I could have at least stored part of her collection somewhere until she was able to find another home.

Getting back to MAC, I thought it was well done.  If I was going to design a troll doll-themed collection this is what I would have come up with.  Yes, it's a little juvenile but still loads of fun for those of us who remember the troll fad.

What do you think of the collection?  And do you own any troll dolls?