I thought I'd keep it light and breezy for today with these delightful ceramics by artist Karen Shapiro.  Shapiro found her true calling in ceramic sculpture after spending 30 years as a pastry chef.  As for subject matter, she is drawn to popular household brands; her objects are inspired by her fascination with the textures, colors and shapes of everyday items as well as the Pop Art tradition.  Shapiro tackles many common goods in ceramic form, but obviously what I want to focus on is her rendering of beauty products. 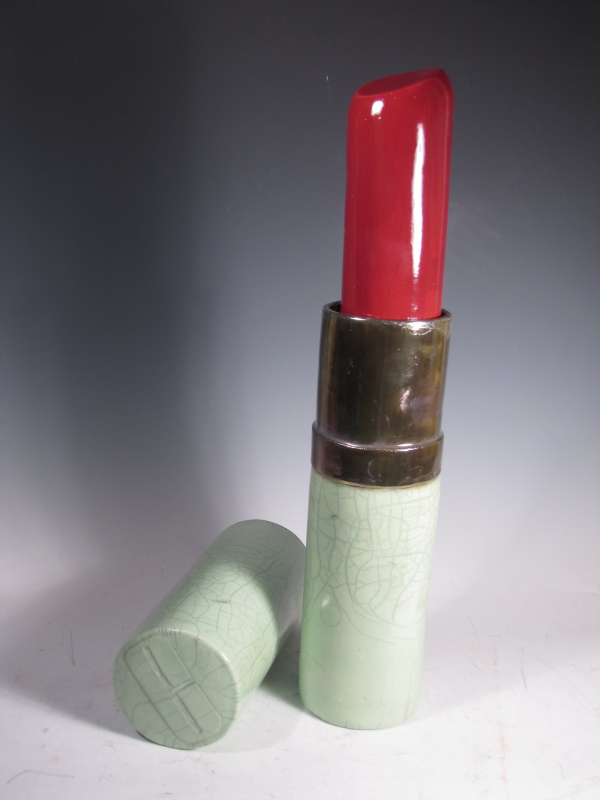 Shapiro's preferred artistic method is based on a Japanese technique known as raku, which was historically used to create tea ceremony pottery and involves removing the pieces from the kiln while still red hot and allowing them to cool in open air.  Unlike the traditional raku, however, the Western/American raku that Shapiro uses maintains the removal of the pieces while still glowing, but rather than cooling in an open space, the pieces are then "subjected to post-firing reduction (or smoking) by placing in containers of combustible materials, which blackens raw clay and creates cracks in glaze."  The crackling has the effect of making the products seem older and/or more fragile than we might think of them otherwise, which provides an interesting contrast against these everyday, seemingly plain objects. Says one reviewer, "The crackle glaze does give Shapiro’s sculptures a very different vibe from that of 1960’s Pop Art. It tends to legitimize their claim as valuable objects deserving permanent counter space—as opposed to disposable packages."  Perhaps if makeup items are viewed through a ceramic lens, people might be more accepting of the idea of them belonging in a museum, yes? 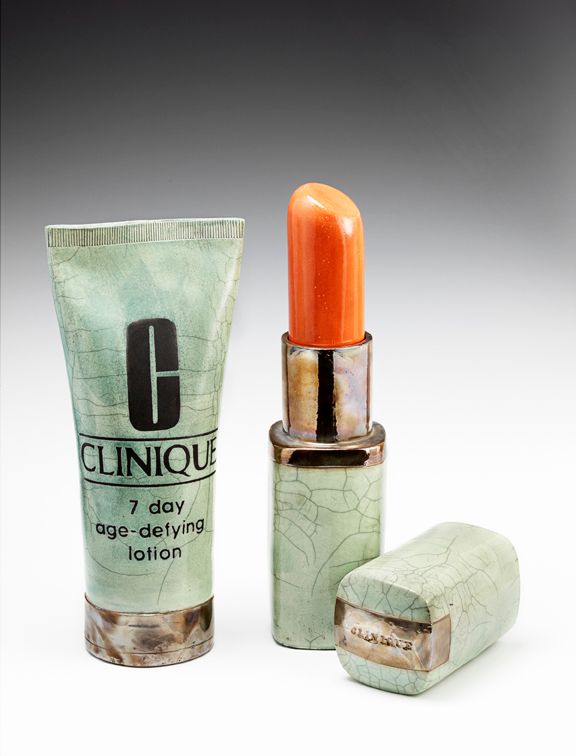 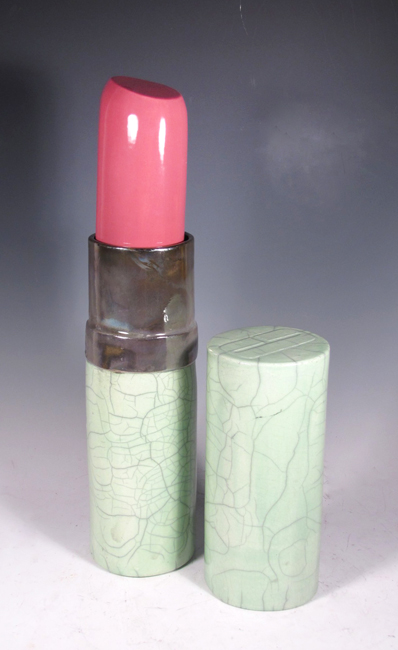 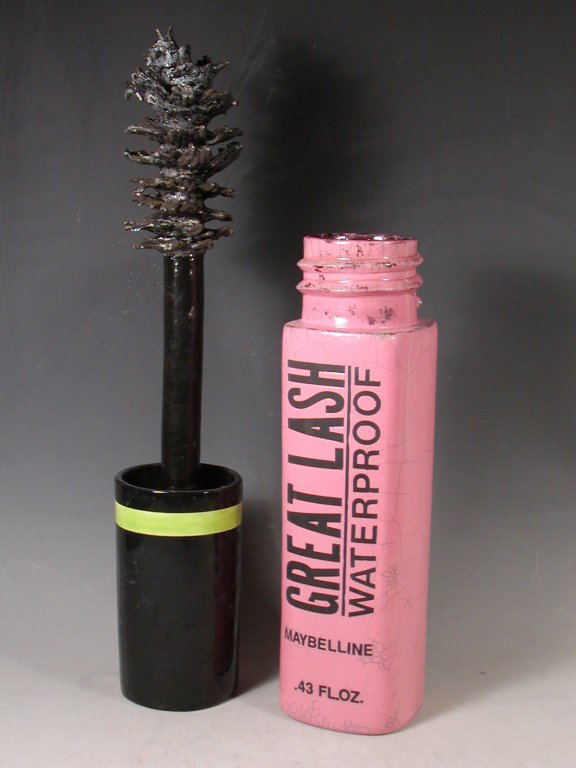 Most of the beauty products appear to be older versions from the '70s through the '90s.   Along with Clinique's lipsticks in the old green tubes, there are others like this L'Oreal nail polish bottle, which looks to be from the '80s or '90s to my eye.  (Speaking of nail polish and crackling, wouldn't it be cool if she made one of those crackle nail polishes that were all the rage circa 2011 or so?) 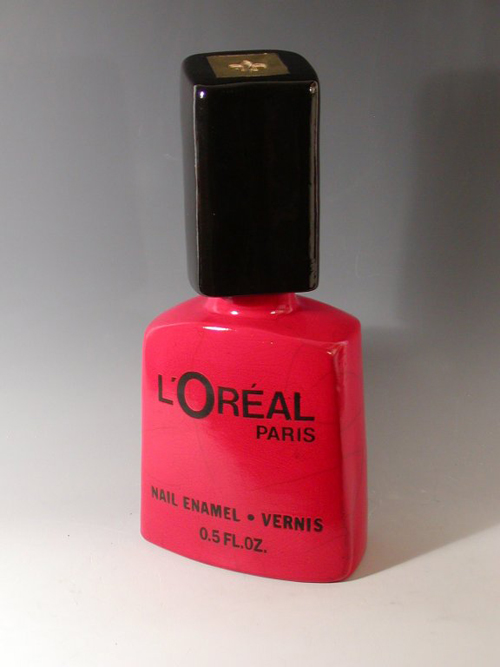 Can you identify what time period this Cutex bottle is from?  I couldn't at first and thought for sure it had to be around the 1930s or so, given the Art Deco-esque font.  But I searched and searched and searched and everything I saw indicated that Cutex bottles simply weren't shaped like that back then.  Low and behold, the December 1995 issue of Sassy magazine (yes, I'm becoming a vintage magazine hoarder - that's a problem for another day) contained a photo of a nearly identical bottle!  Much to my embarrassment I never would have guessed this is from the '90s.  I like to think of myself an expert on the decade, especially on beauty and makeup, but this is one item I don't recall. 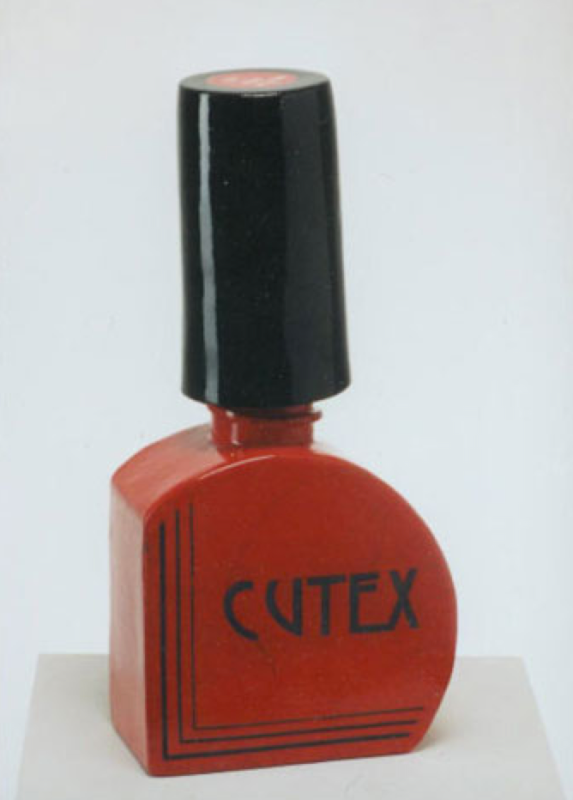 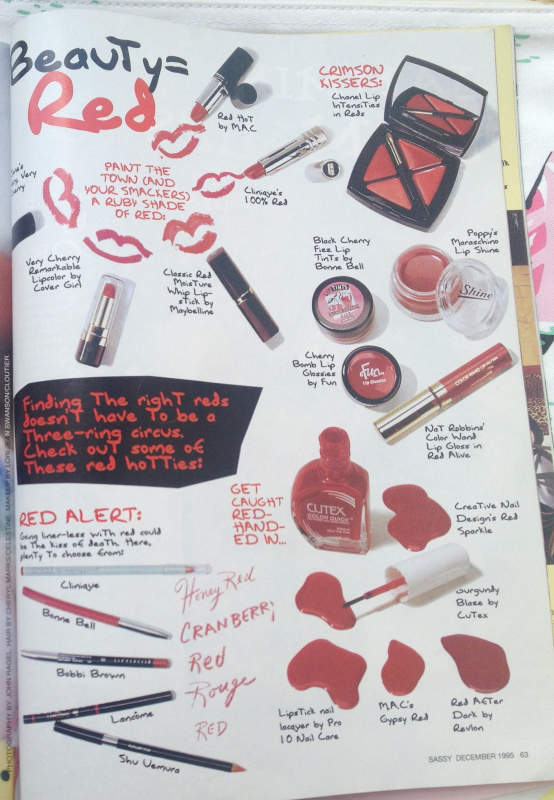 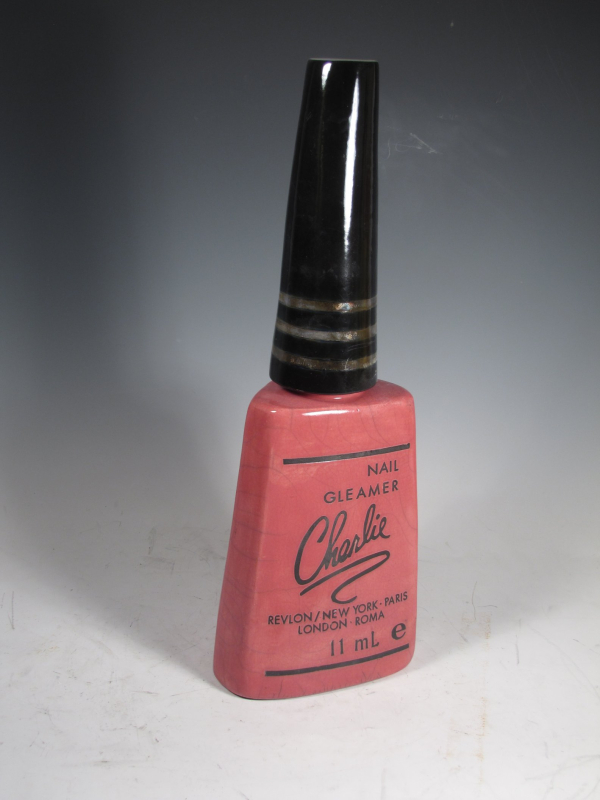 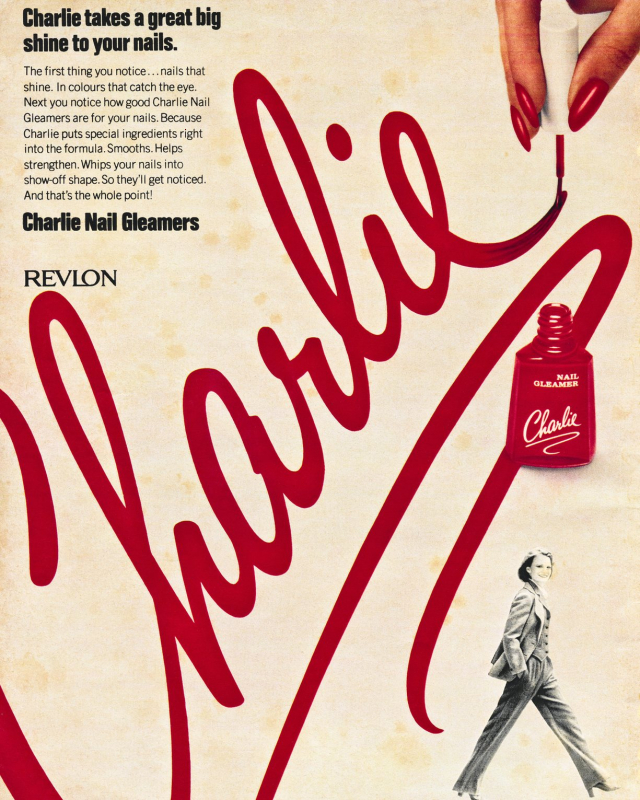 But Shapiro goes all the way back to the '50s and even earlier for some truly vintage pieces.  I love this '50s era version of the Revlon polish. 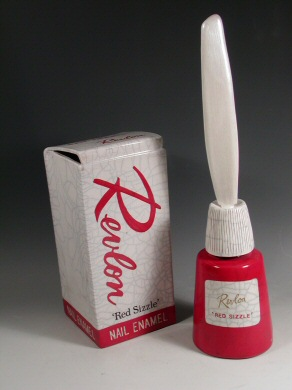 The Outdoor Girl powder dates to about 1931. 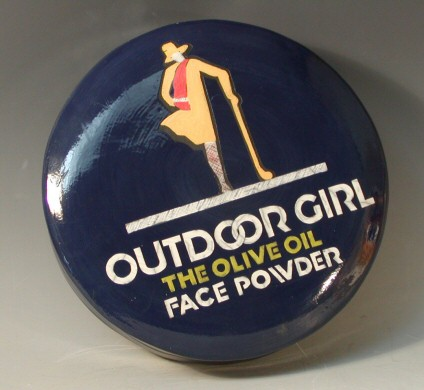 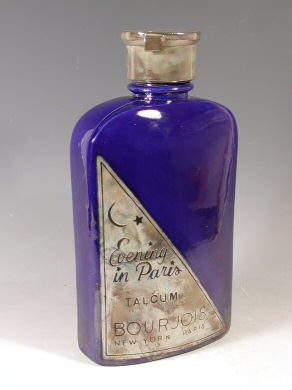 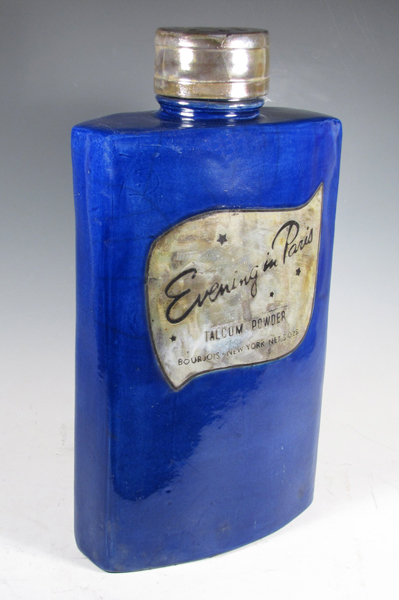 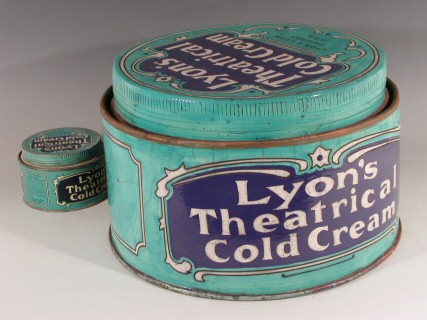 Too bad I didn't know this talc box existed - it would have been perfect for the summer exhibition.  Oh well.  I couldn't find any for sale anyway. 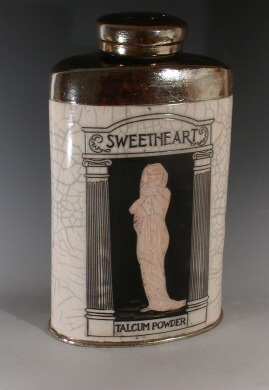 Much like seeing actual vintage makeup items, all of these made me smile and ponder bygone eras.  Says gallery owner Chris Winfield, "I call them pop icons, except they have a little surface development and a patina that gives them a friendly, used quality...some pieces, many of which are from the '30s, '40s and '50s, are quite nostalgic. They have an historical element but are still around, which gives them popular appeal.  Collectors tend to buy two and three pieces and then put them on a kitchen counter or vanity, places where the actual items would go."  Whereas traditional Pop Art could be seen as a somewhat negative commentary on mass production and consumption, Shapiro's items exist without any sort of pointed critique directed at our current cultural climate; there's no sharp irony or parody here, just a sentimental quality that elicits pleasant feelings and memories.  While the items can evoke some powerful nostalgia, due to the fact that they're also imitations of everyday items, they lack the pretension of "high art" and seem right at home...in, well, your home.  The artist herself summarizes her work nicely:  "My work is fun, it's whimsical...I feel lucky I can make a living at it. It's not conceptual; it's literal. People don't have to understand it; it's already understood."

What do you think?  I'd love to own one of these so I may have to reach out to one of the galleries for pricing.  There is a Noxema jar on 1stdibs but of course I'd prefer makeup to skincare.  ;)