Thought I'd throw some red, white and blue your way for the 4th of July.  As usual, I found almost all of these searching for entirely unrelated things.

Compacts featuring the U.S. flag grew popular during World War II.  I think all of the following date to the early-mid 1940s.  Of course, they could be earlier or later but patriotism spilled over into every aspect of American life during the war, including the cosmetics industry, so I'm guessing these most likely were produced during wartime. 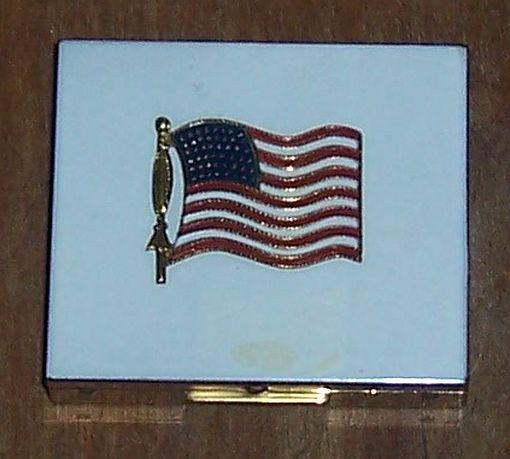 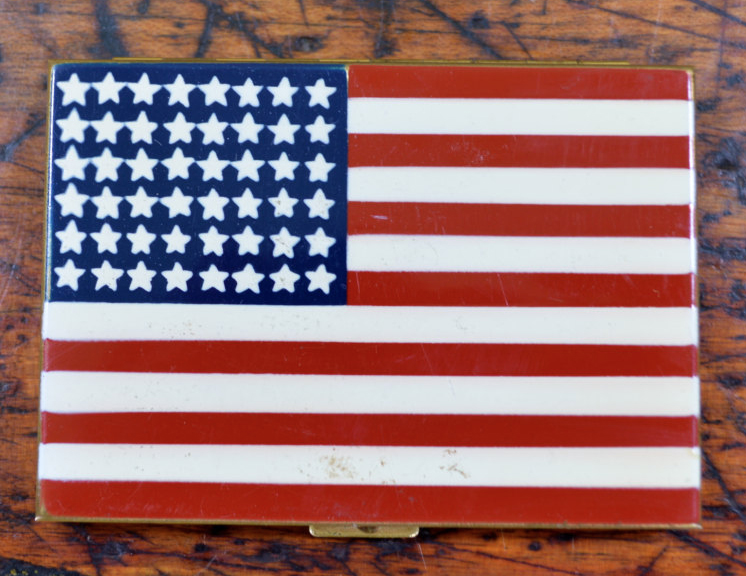 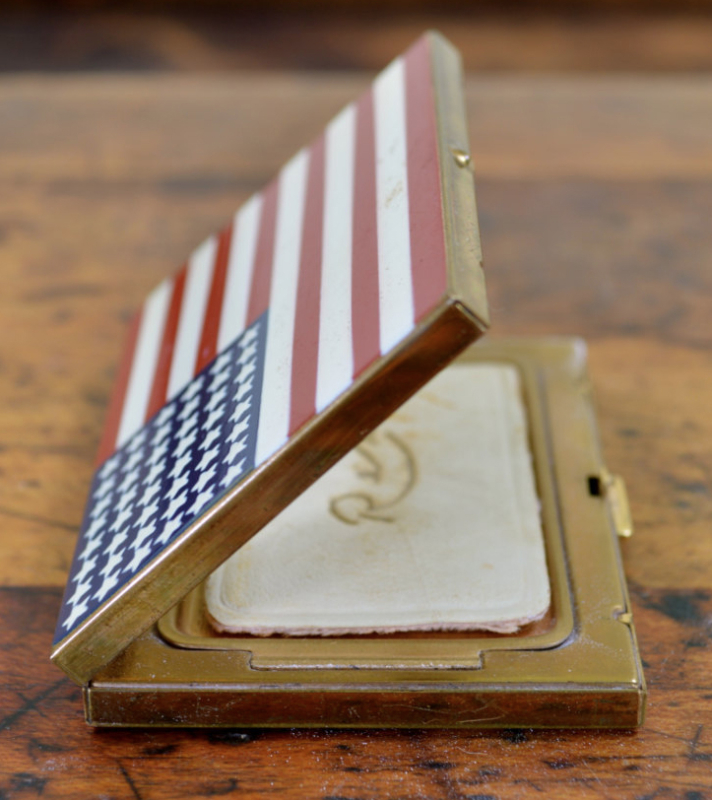 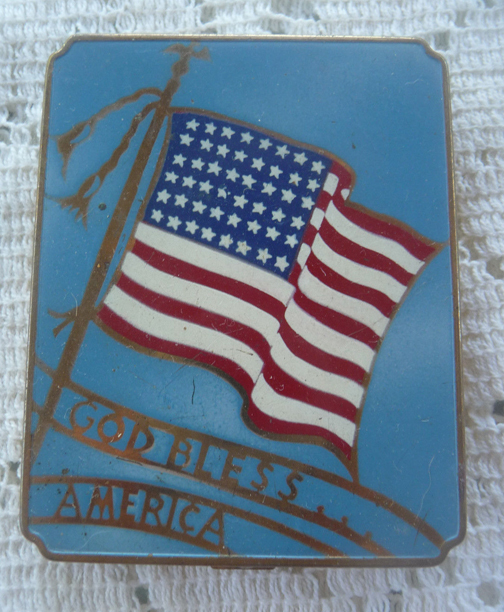 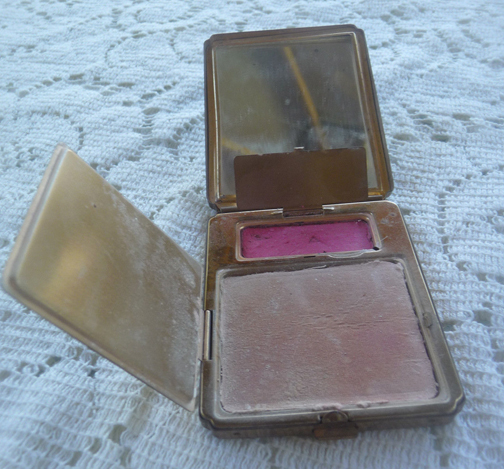 Instead of a mirror, this compact has a space to insert a photo of a loved one.  These types of "sweetheart" compacts first came about during WWI but became big sellers during WWII. 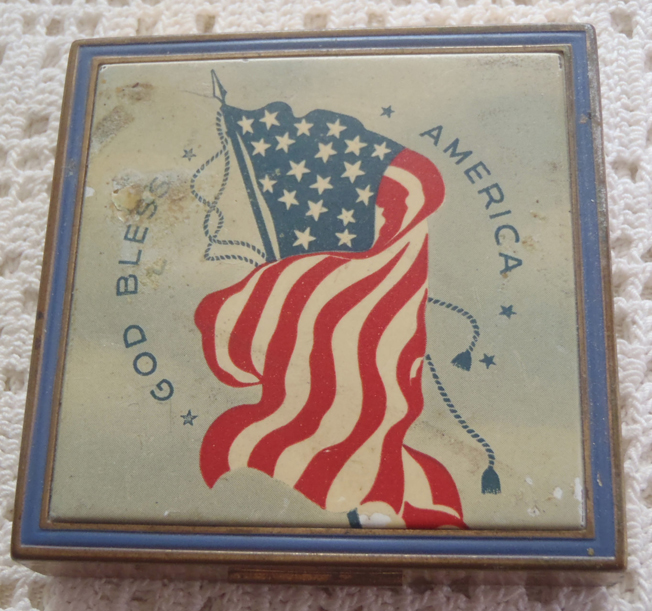 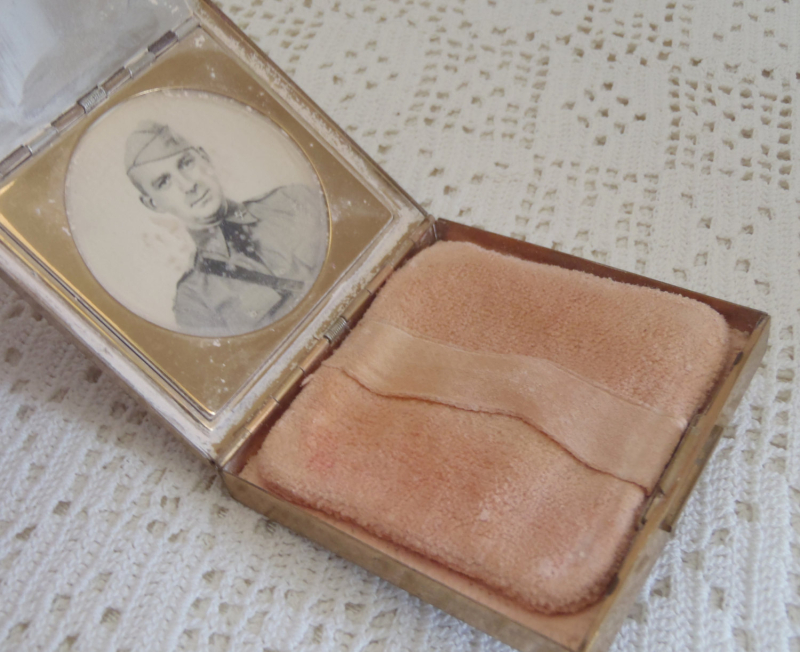 This Mary Dunhill set is so cool.  It actually came to my attention in the form of an email inquiry.  I felt really bad that I couldn't find any related information, other than a review of Dunhill's autobiography and a short profile of the company. 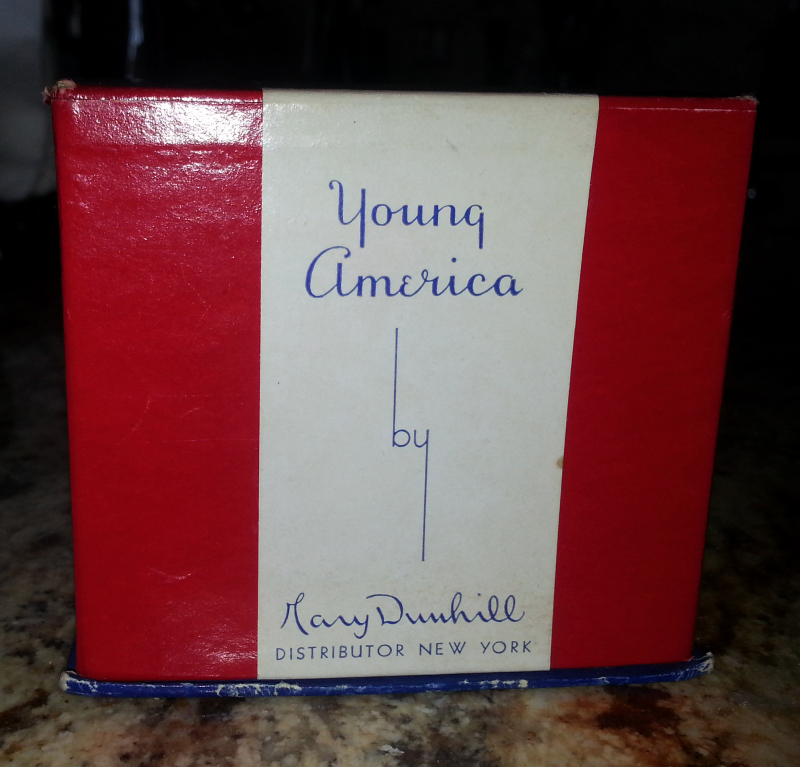 The compact is notable for the fact that it doesn't show the usual American flag but rather a representation of the original 13 U.S. colonies, which is apt given that the set is called "Young America". 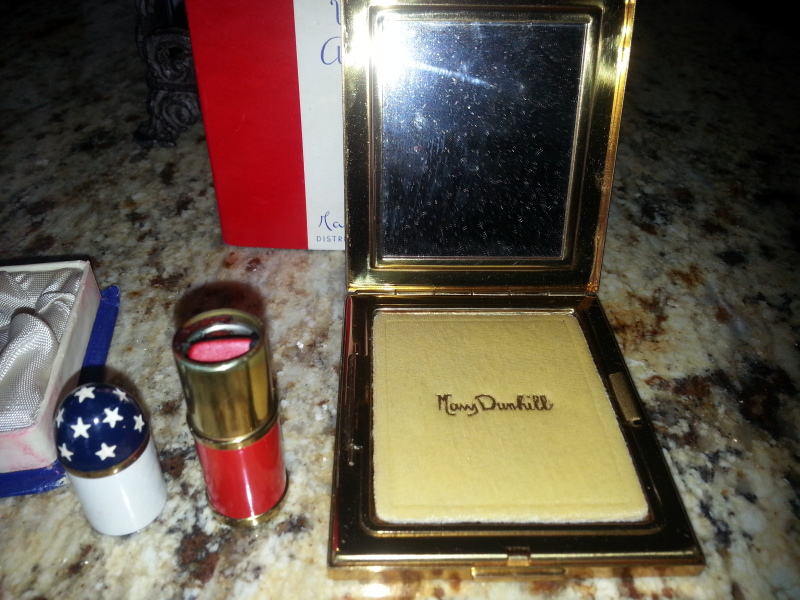 Estée Lauder started releasing stars and stripes-themed compacts in 1994.  I found all of these images at a great little site that lists every single limited-edition Estée Lauder ever made.  I have no idea who this person is but she did a great job cataloguing all of them.  If you have an hour or so to browse through all 208 pages I highly recommend it.  :) 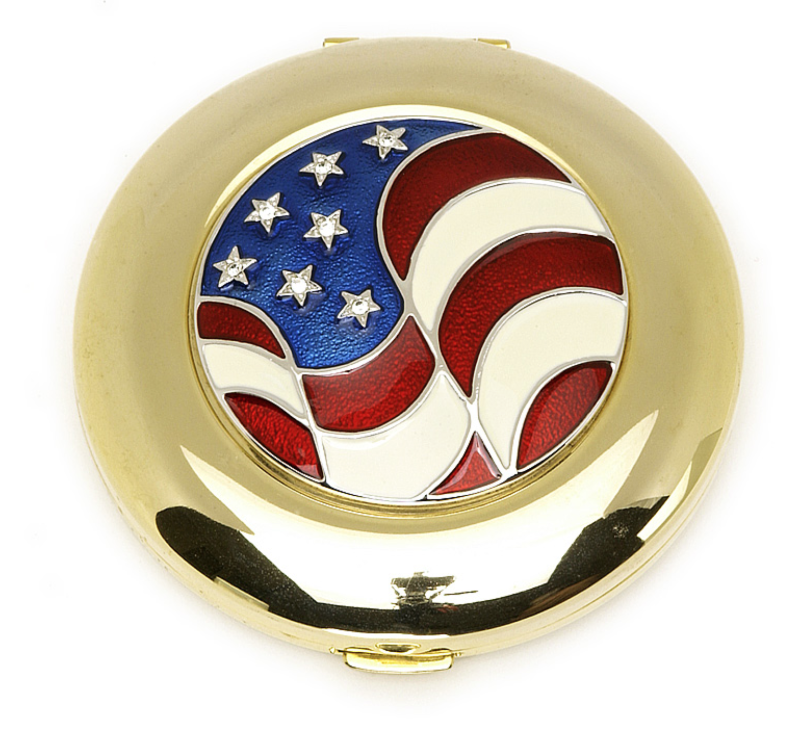 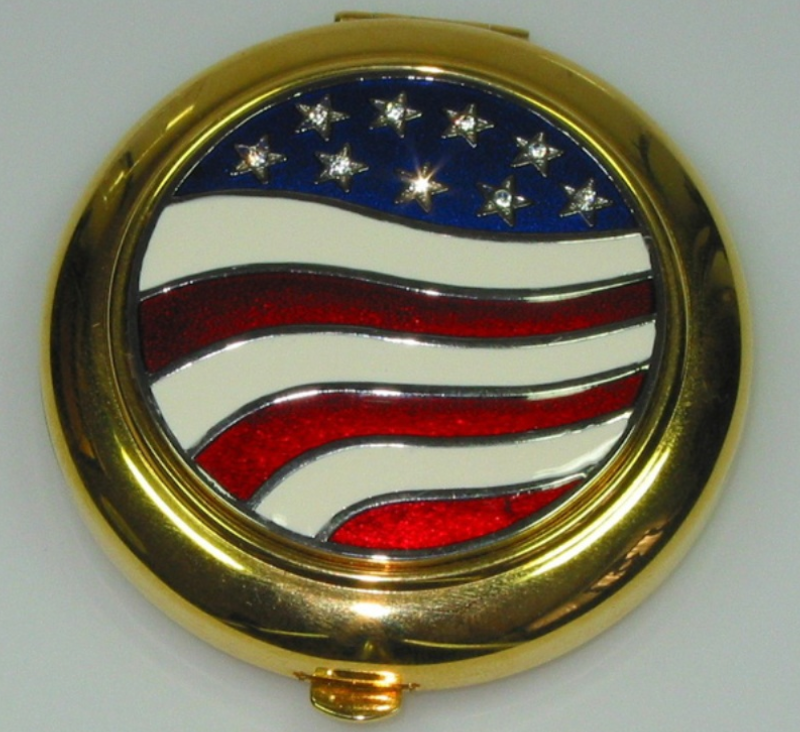 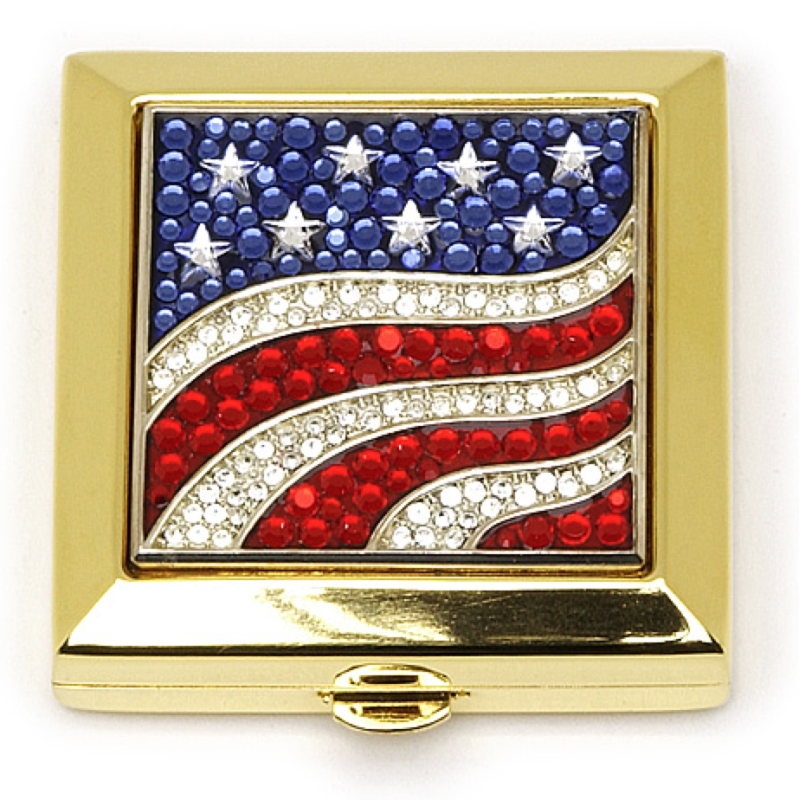 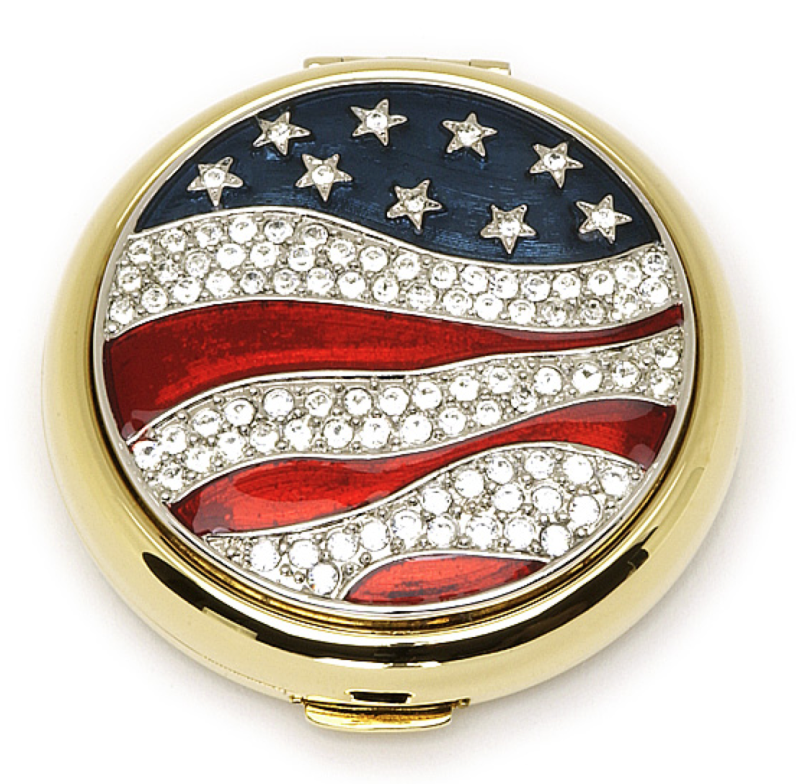 I also found some great ads. Let's go red, hot and blue for that "beautiful American look" with Cutex!  Too funny. 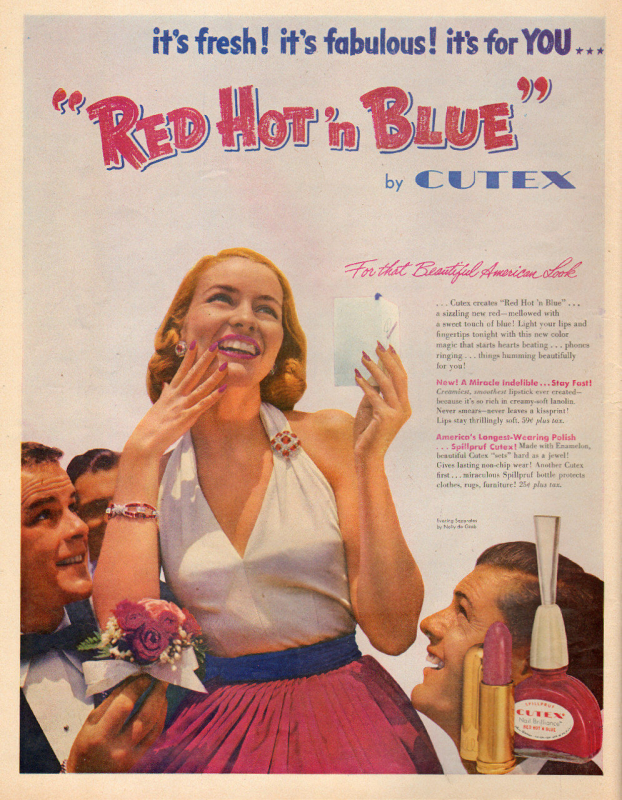 I'd be curious to see if there's any other bicentennial-themed makeup floating out there. 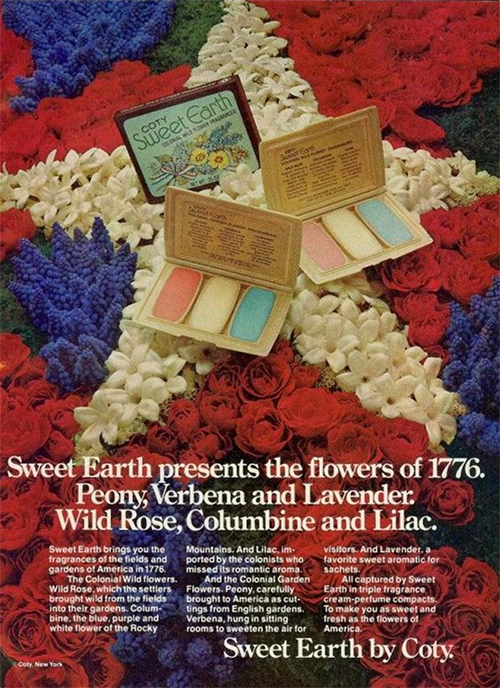 Are you feeling patriotic now?  And any favorites from this bunch?