Care to guess why I bought Too-Faced's Totally Cute palette in a matter of seconds after seeing it online?  Two words:  mermaid stickers!!  I'll get to those and the artist who created them in a second, but right now let's take a look at the actual palette. 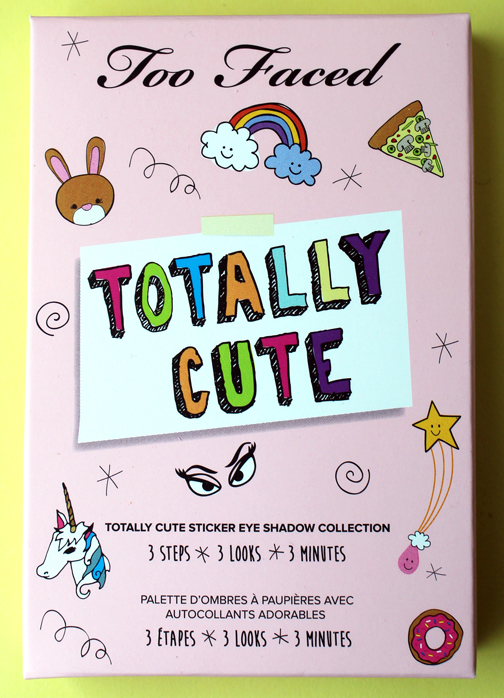 Obviously I didn't put any stickers on mine. #collectible 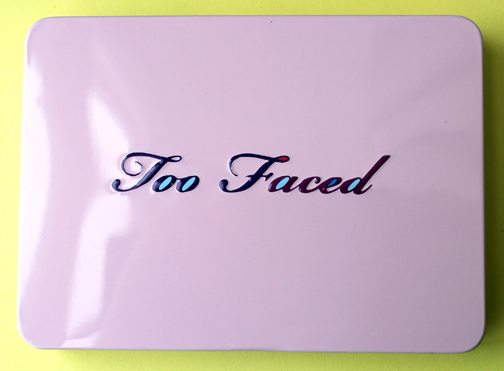 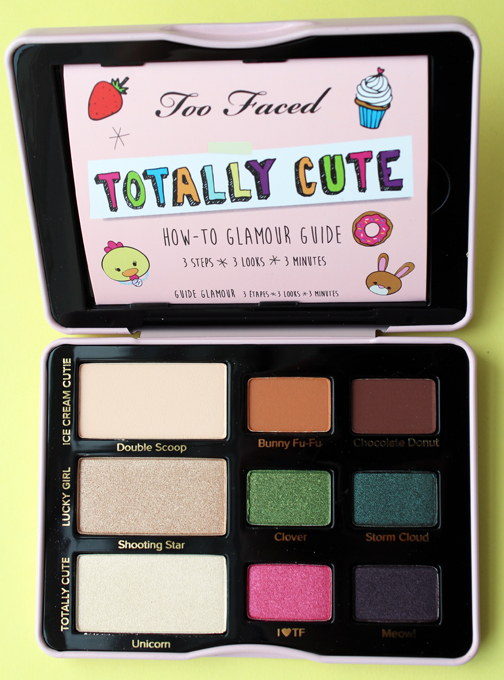 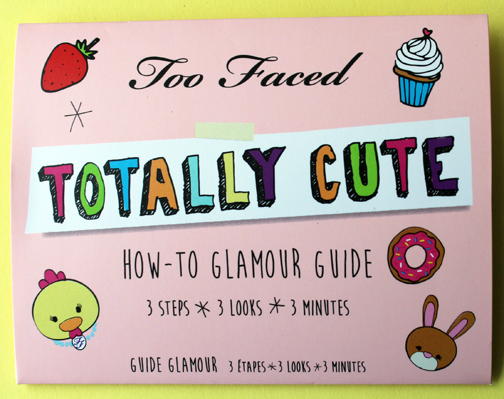 Does anyone else think the drawing of Too-Faced founder Jerrod Blandino looks a little like Hermey from Rudolph the Red-Nosed Reindeer?  He just needs his hair in the opposite direction and a little elf hat. 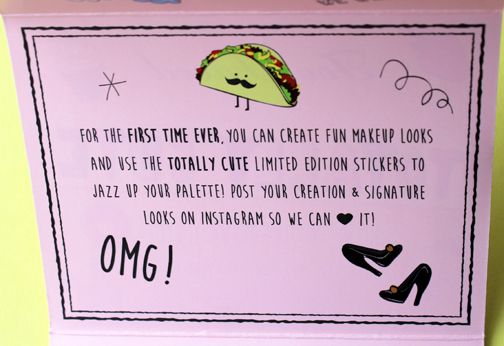 I spy a mermaid! 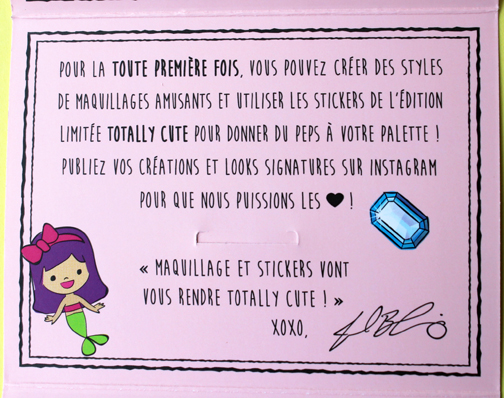 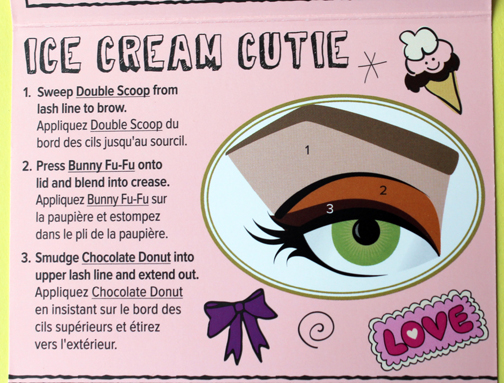 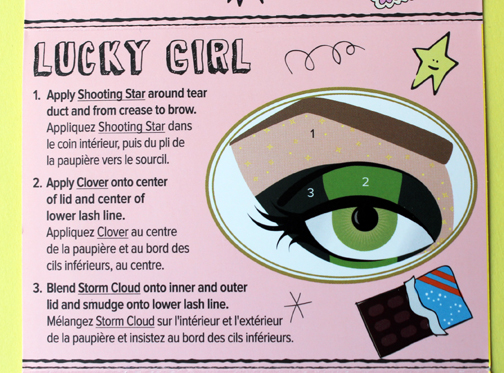 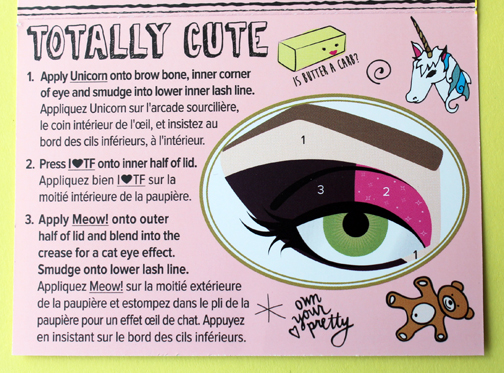 Now for the even cuter part.  The palette comes with 2 sheets of kitschy stickers that I don't think I'll ever tire of. 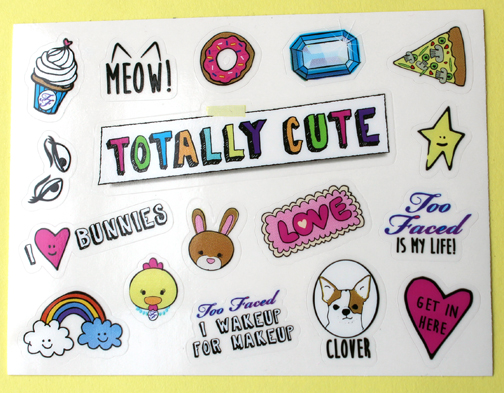 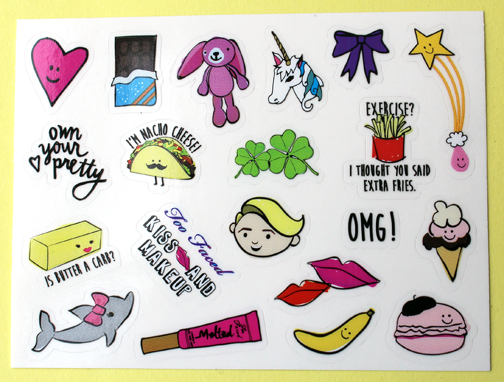 But if you order from Too Faced's website directly, they will add a bonus sheet of stickers!  I didn't know this, however, and placed my order at Sephora.  I nearly cried when the sheet with the mermaid stickers wasn't there, as I had seen it at various other blogs and couldn't figure out why it wasn't included.  So I headed over to the Too Faced site and realized this sheet is exclusive to them.  So naturally I had to order it and then returned the other palette to Sephora.  Because MERMAIDS!! 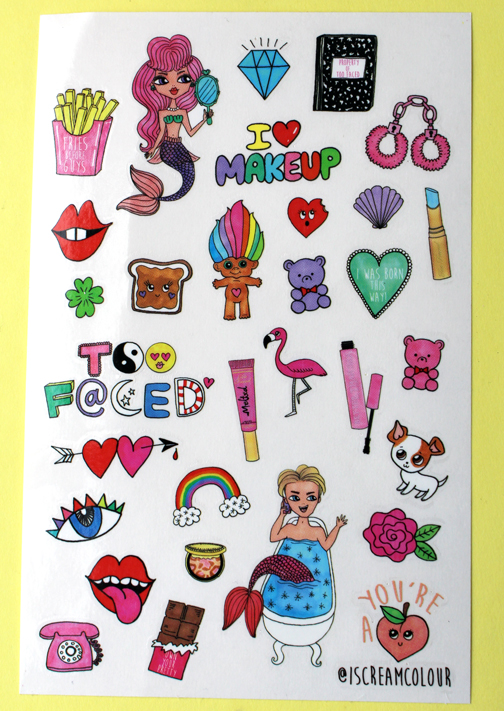 So now let's take a look at the work of Humberto Cruz, a.k.a. iscreamcolour, the 32 year-old San Diego-based artist behind these adorable illustrations.  After graduating in 2007 from the Art Institute of California in San Diego, Cruz worked at a grocery store to make ends meet.  His luck changed for the better after joining Instagram and getting the attention of major fashion designers like Jeremy Scott.  With over 26,000 (!) followers now, his prospects are definitely looking up.

Cruz has done some great editorial pieces for the likes of Nylon - I was so excited when I opened this month's issue to see his work. 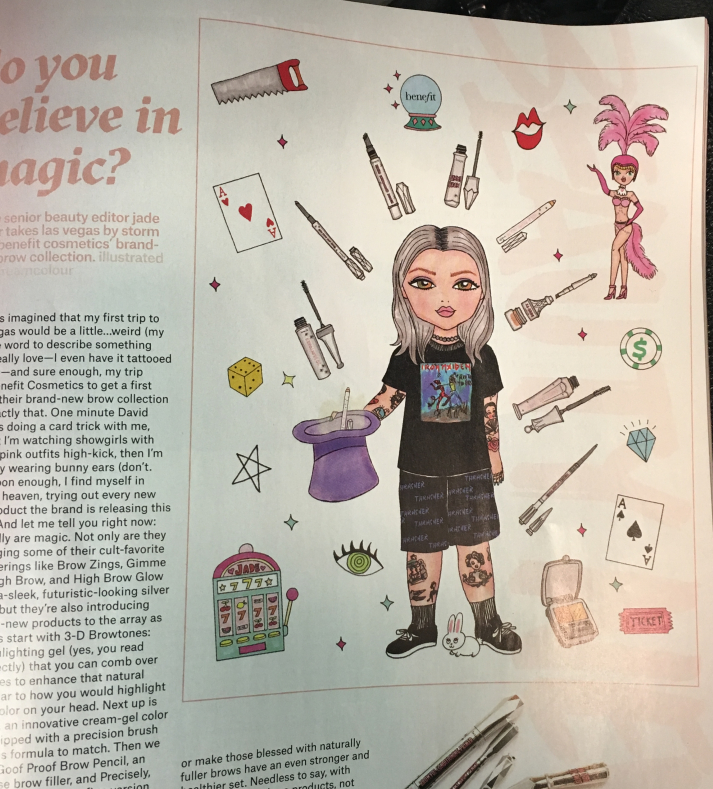 And some wonderful illustrations for V Magazine, showing off the best looks of the week (a feature that no longer seems to exist - not sure why).  The constantly fluctuating nature of fashion, particularly in cities known for being on the cutting-edge of trends, captures Cruz's imagination.  He remarks in an interview, "It’s always changing every season. I just like the way people express themselves with clothes. Here in San Diego we don’t get to wear those things, interesting things. It’s not New York or Paris." 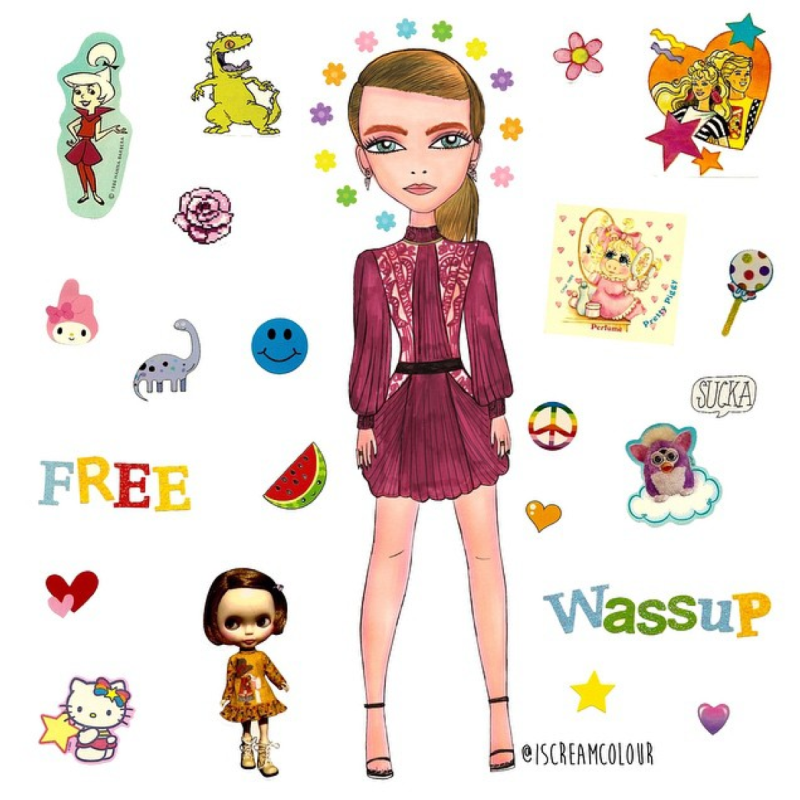 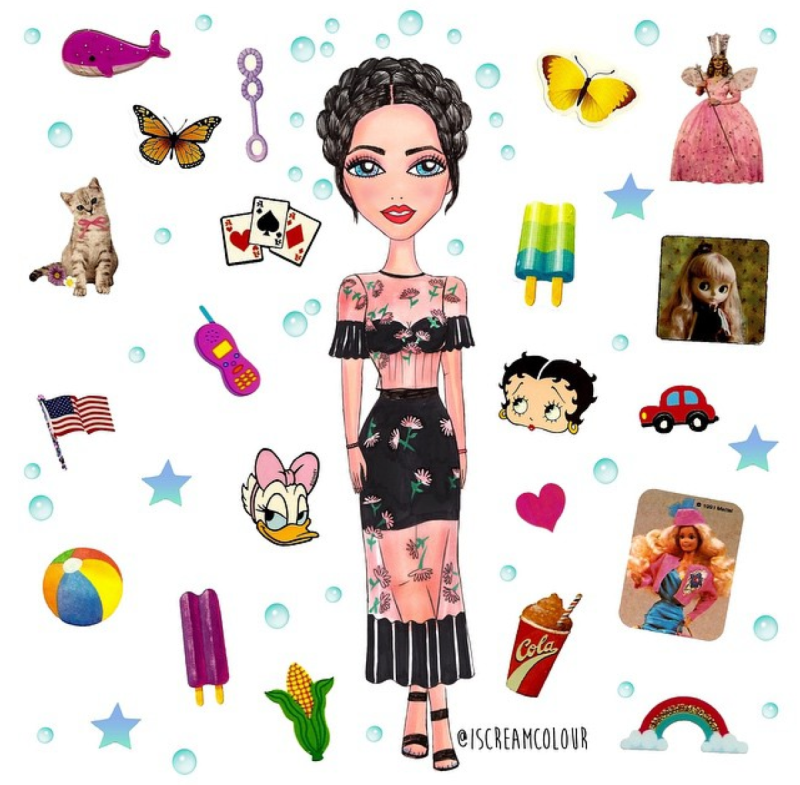 While these are a lot of fun, his Instagram is pure gold.  Cruz clearly shares my affinity for mermaids and cites Disney's The Little Mermaid as a favorite subject to draw when he was young.  "As a kid I was always into different characters, the Little Mermaid...I would watch the movie and pause it to draw the characters and specific scenes." 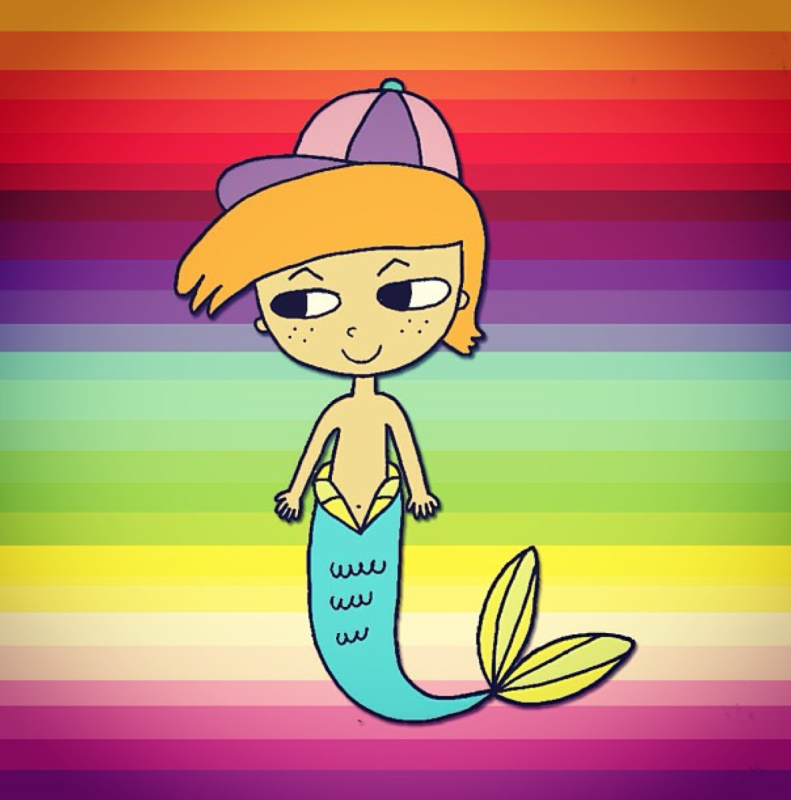 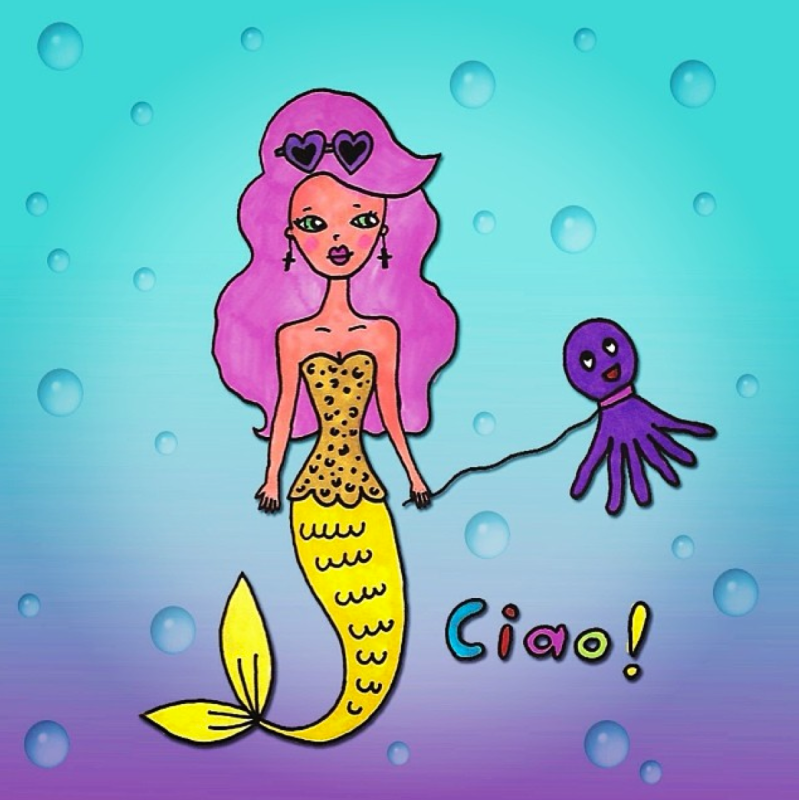 Nearly died when I saw these punk mermaids - two of my favorite things, together at last!! 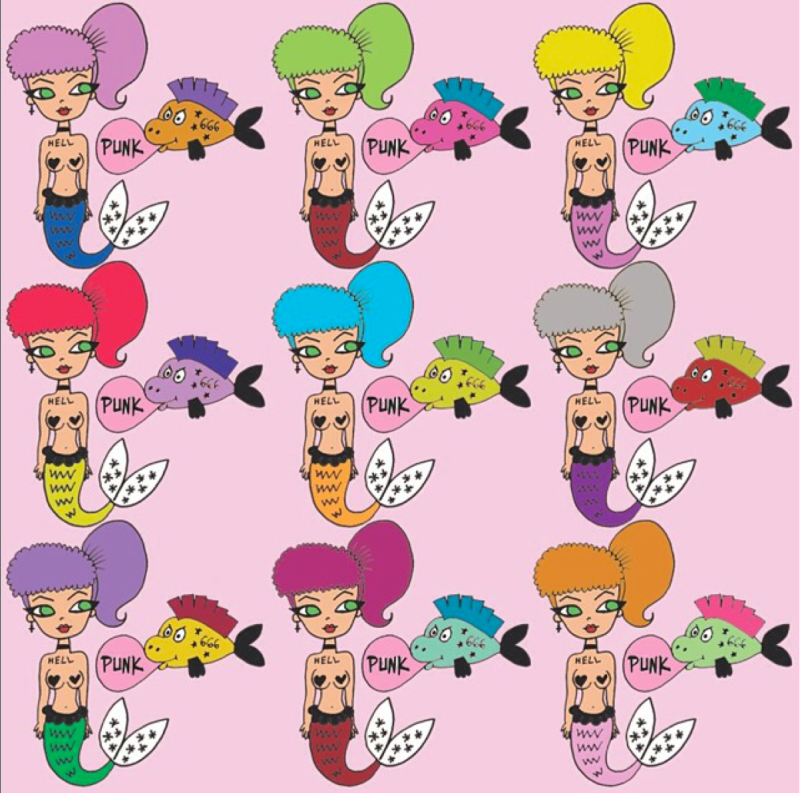 Like me, he also seems to have a taste for '90s pop culture.  Since he was just a kid in the '90s, it makes sense that he includes motifs like troll dolls ("I collected them as a child and I’ve started buying them again on eBay," he says) in his illustrations, but I also love his representations of the decade's icons in general. 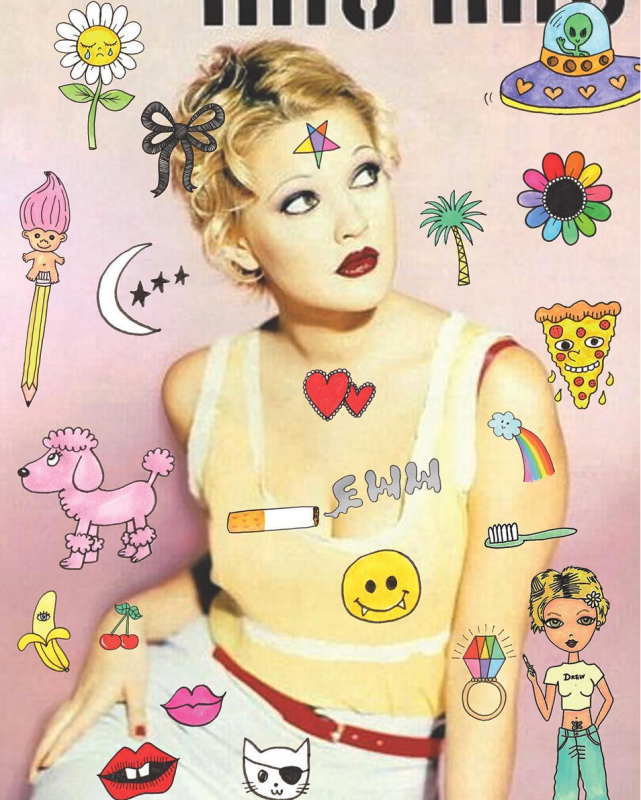 I remember Lil Kim's 1999 VMAs outfit like it was yesterday! 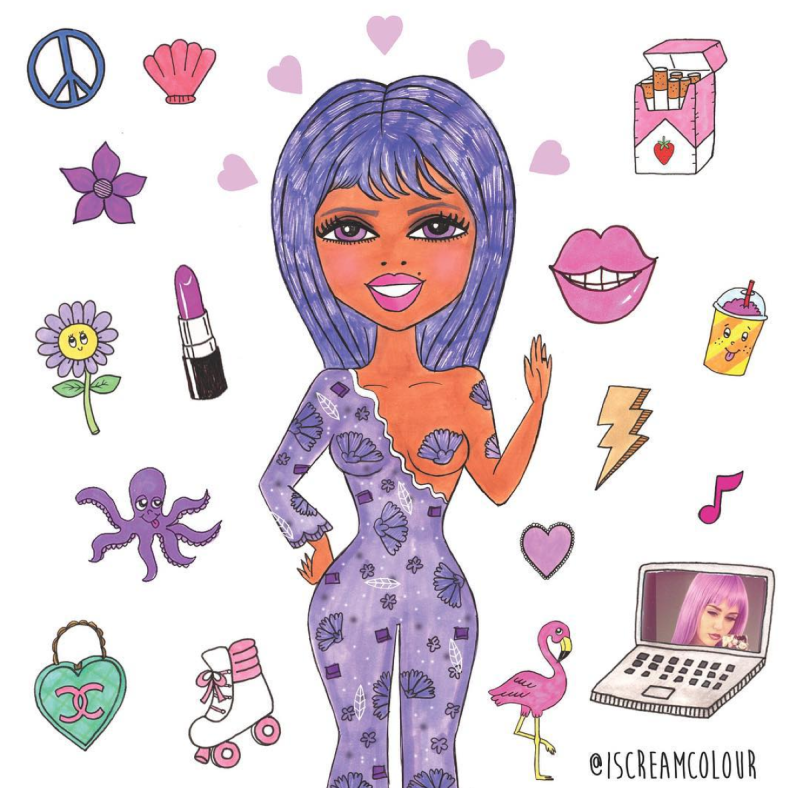 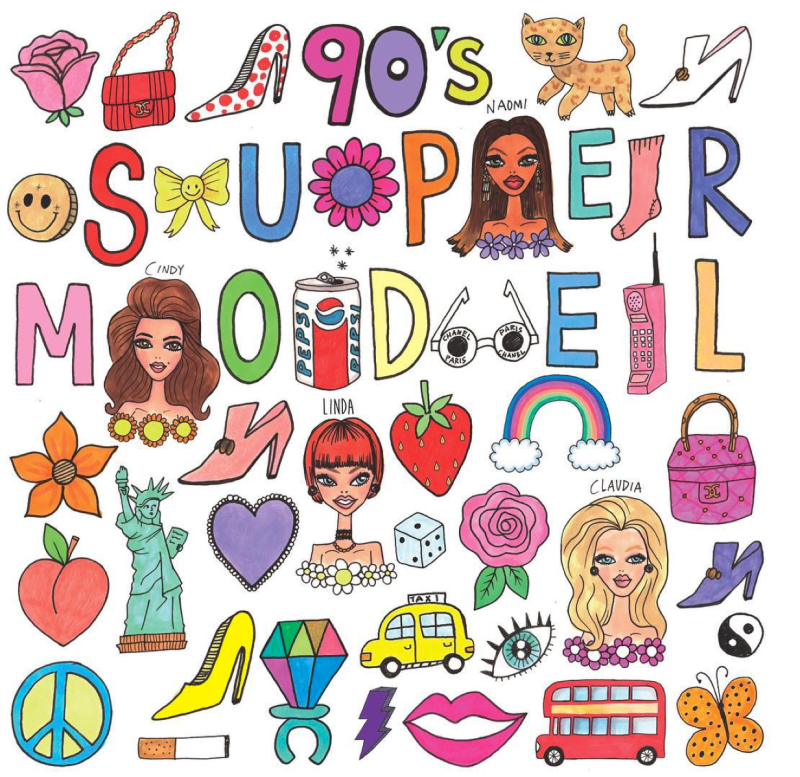 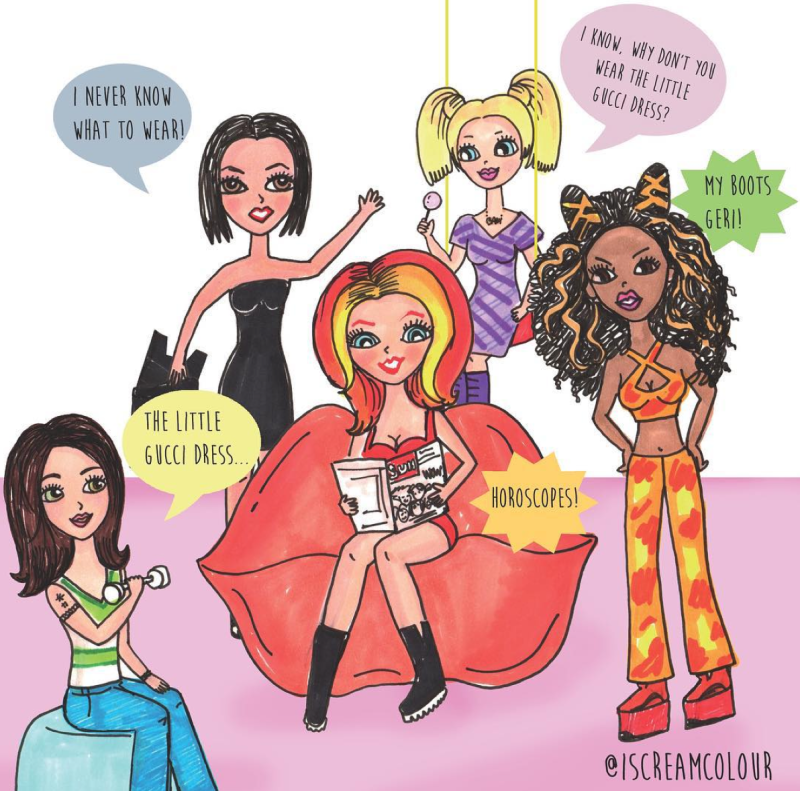 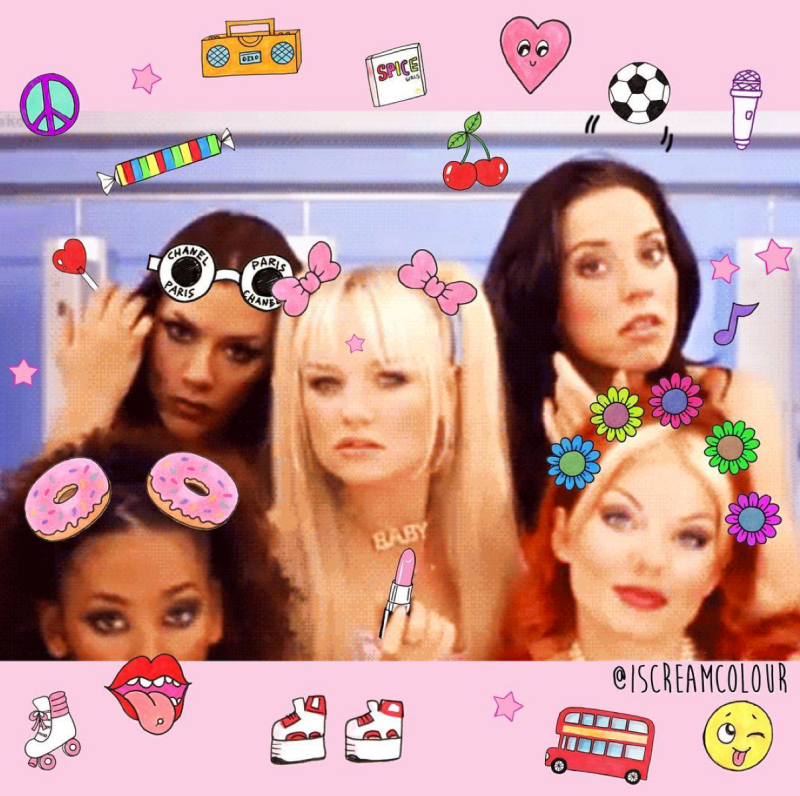 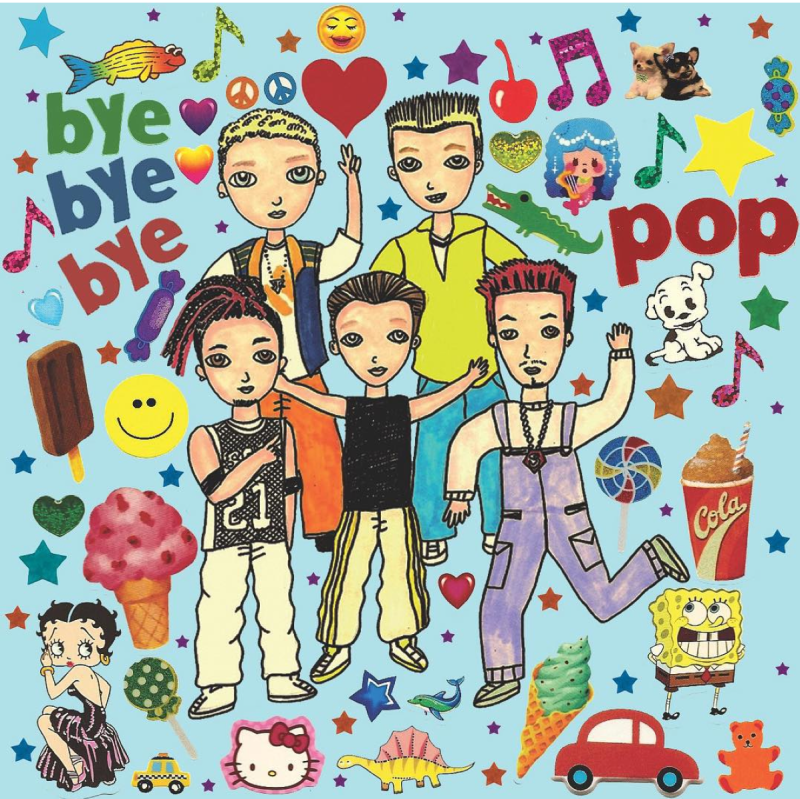 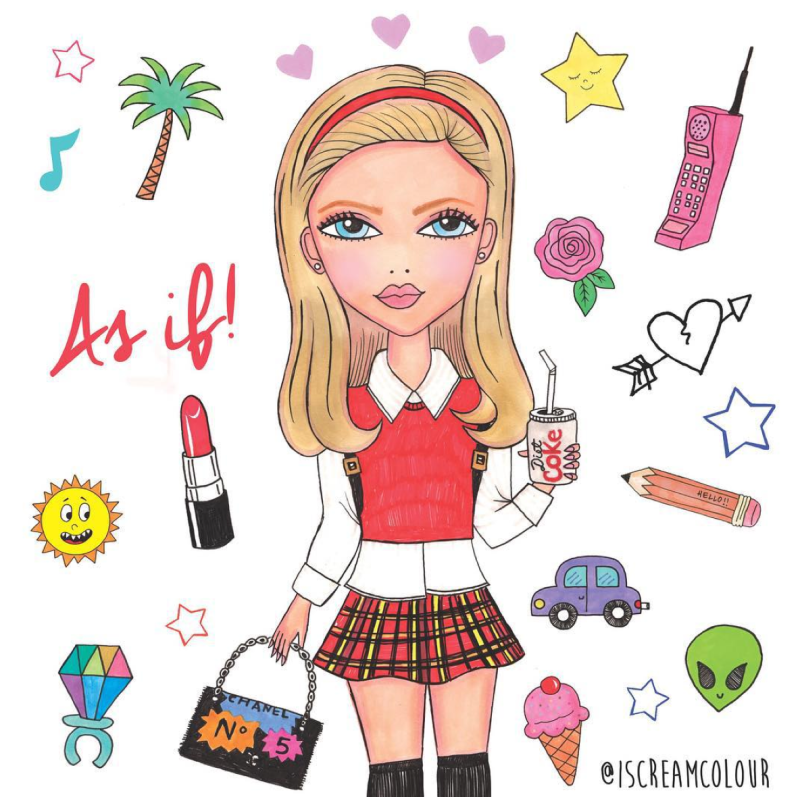 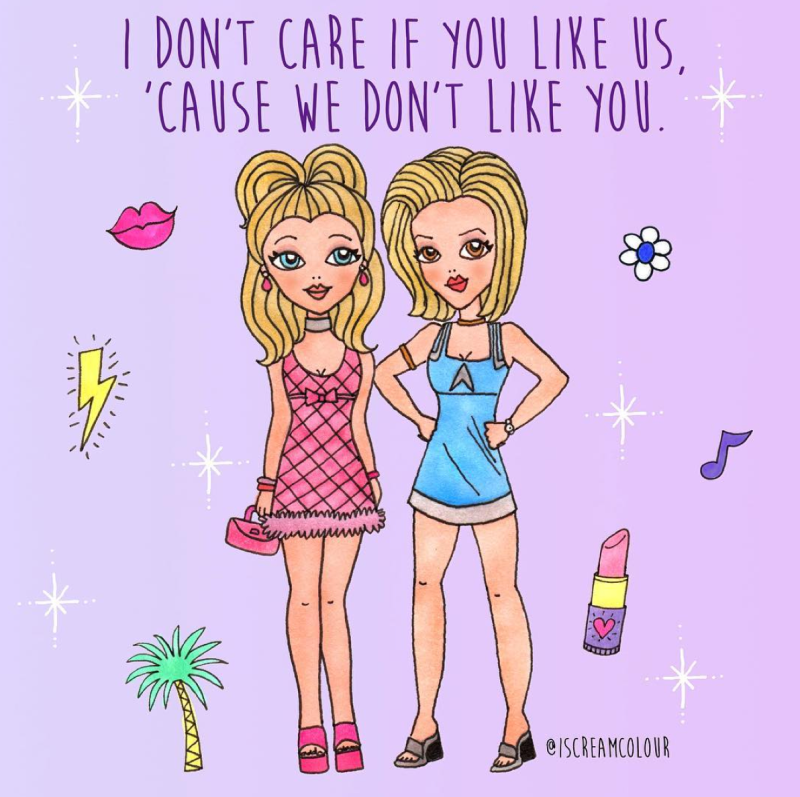 Sometimes mermaids and the '90s collide, as in these '90s era photos of Leonardo DiCaprio sporting a mermaid tail. 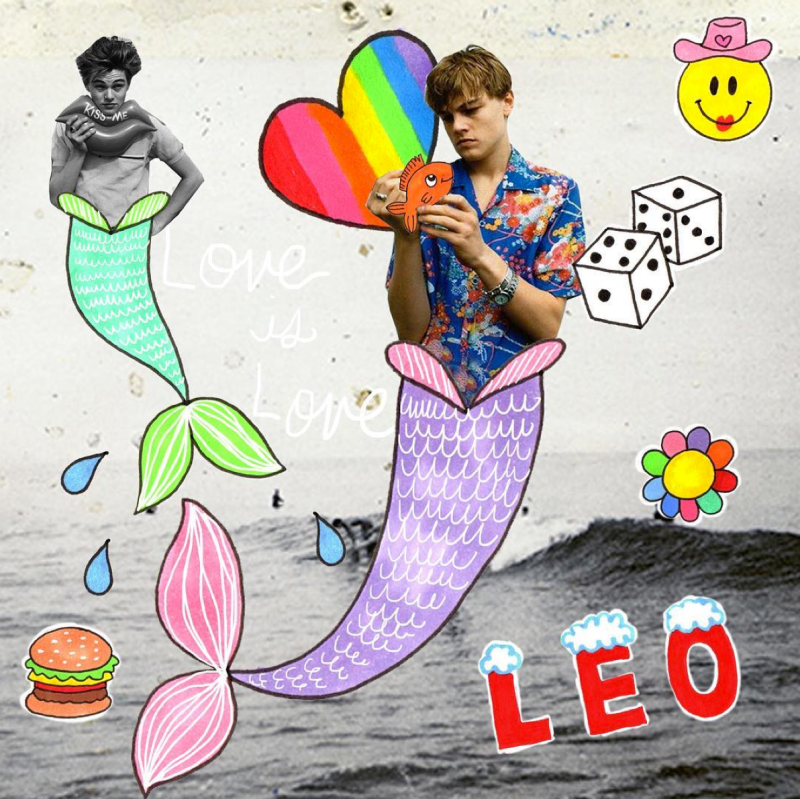 As for Cruz's fascination with stickers, he maintains that they serve as a perfect backdrop to his celebrity illustrations.  "I’ve always collected [stickers], and had them in a box. I wasn’t inspired for a few years after I was finished with school. I’m drawing celebrities, thinking what should I do with the backgrounds? Should I use my stickers? Are they going to stay there in the box forever? It’s better to look at them in a drawing," he says.

I feel as though Cruz and I are kindred spirits - we love collecting, mermaids, and anything from the '90s.  The mark of a good collaboration is when you can tell it's a particular artist's work, but slightly modified to fit the brand they're working with.  In this case Cruz was right on the money.  Not only did he use his signature cute symbols like troll dolls and and anthropomorphic food, he incorporated other motifs so that the stickers specifically captured the playful essence of this palette and of Too-Faced as a brand.  Both the fun side of makeup in general (blue lipstick, "I wake up for makeup") and Too-Faced (images of the company's other products, a caricature of Blandino and his dog Clover, etc.) were well-represented.

What do you think?  And did you collect stickers growing up?  I did, among many other things. :)