The French Riviera by way of Greece: Konstantin Kakanias for NARS

Teaming up with an illustrator rather than a photographer was quite a refreshing change of pace for NARS.  For their summer collection the brand collaborated with Greek artist Konstantin Kakanias to create a collection inspired by a weekend getaway to the French Riviera. 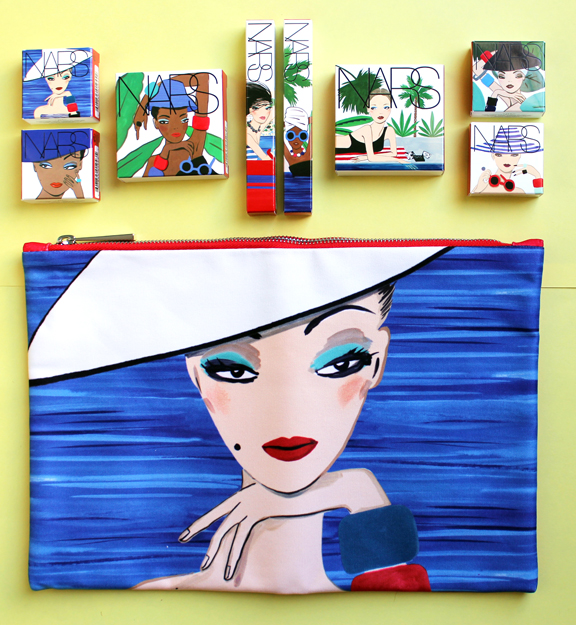 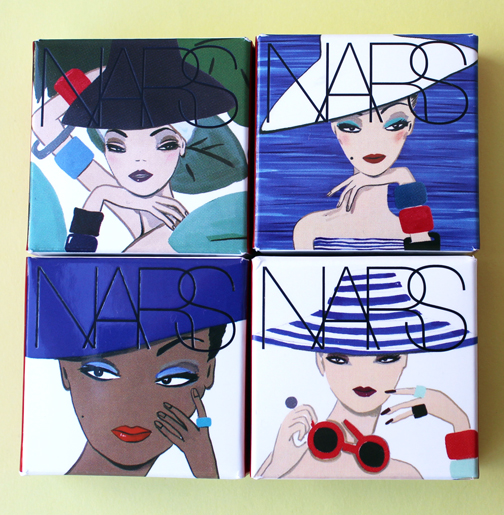 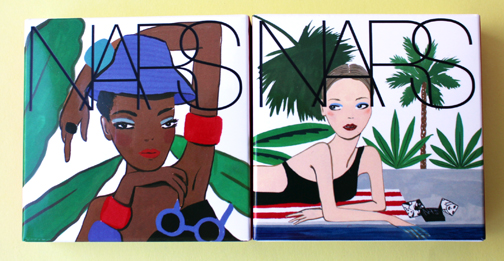 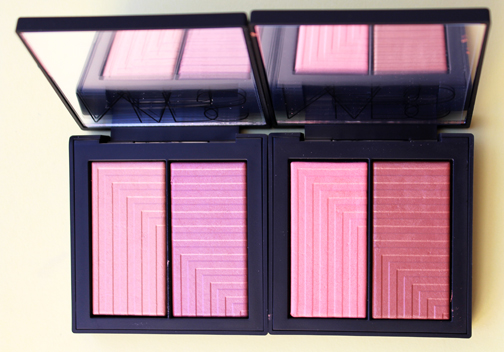 Aaaaand I just realized I'm missing 2 of the lip covers - there should be 4 total.  How did I space on ordering those?!

Anyway, Kakanias shared his inspiration in a very short interview which shows him at work creating the illustrations. "I'm very happy Francois Nars gave me this opportunity to have an imaginary weekend, and to create this weekend with these women...I imagine them by the sea, I imagine them by the sunset in the south of France, their reflections on the water, hidden by leaves, having a glamorous yet chic and fun life and really capture the magical beauty."

Let's take a peek at some of Kakanias's other work.  While most of it seems to be for the New York Times Magazine, he's done many other collaborations, including one for Templeton fabrics and illustrating a book by famed perfumer Frédéric Malle.

Here are a couple of pieces from Paris fashion week back in the fall of 2013.  While stylistically very different, the subject matter reminds me a little bit of Alber Elbaz's work for Lancôme in that it captures not just the clothes seen at fashion week but the atmosphere - in addition to what's coming down the runway, they depict scenes of the industry's most notable figures mingling and the never-ending attempts by paparazzi to catch them in action.  The two also seem to share a sense of humor about the fashion world, which I always appreciate. 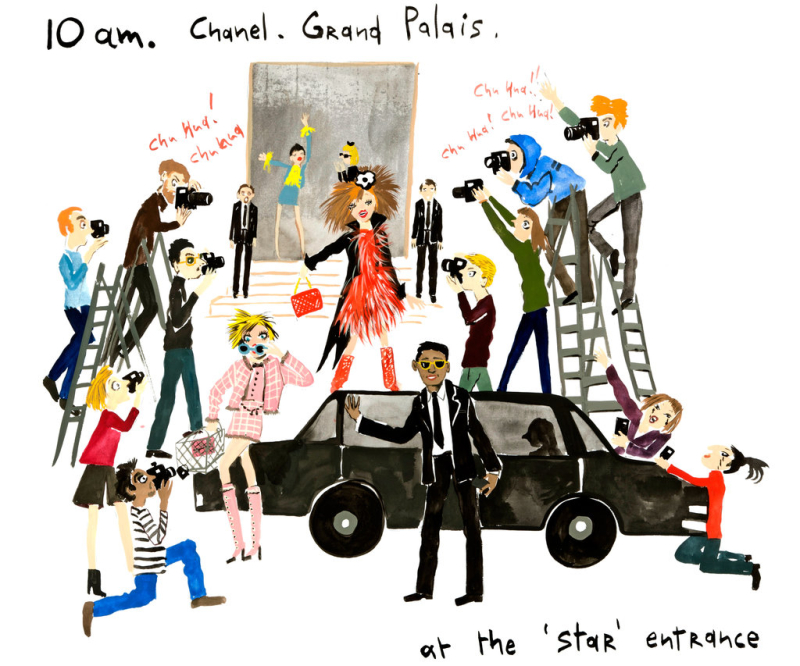 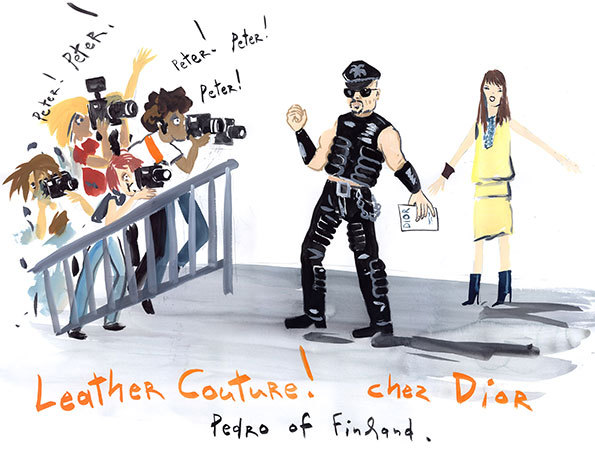 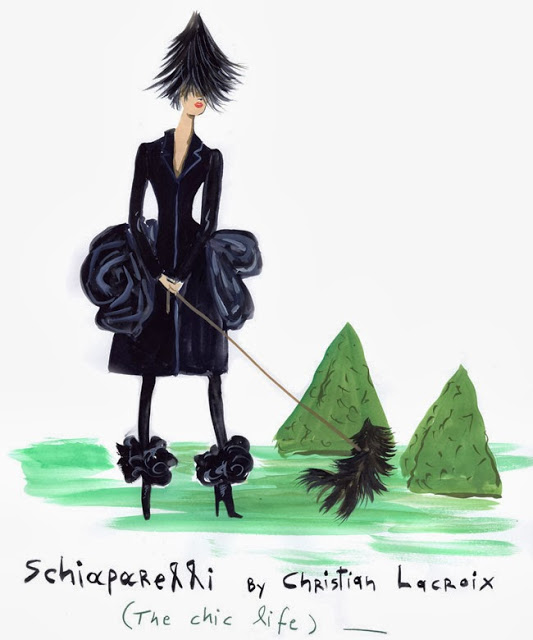 Kakanias also has experience with interpreting makeup looks, so the NARS collab wasn't unfamiliar territory.  Check out these illustrations of the gold eye shadows seen at the spring 2014 runways. 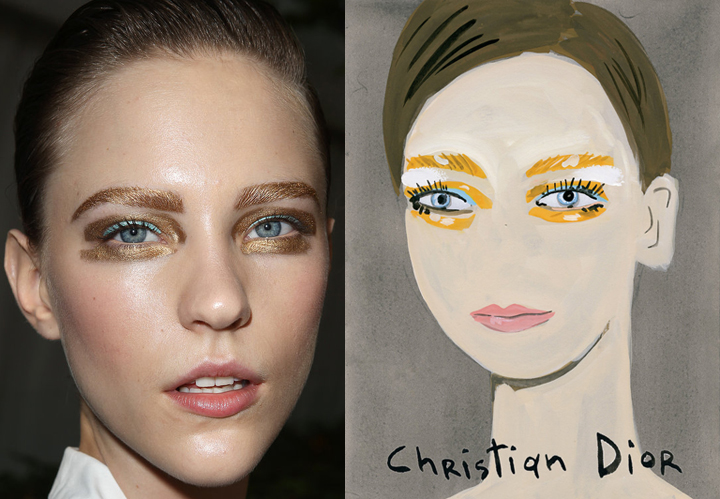 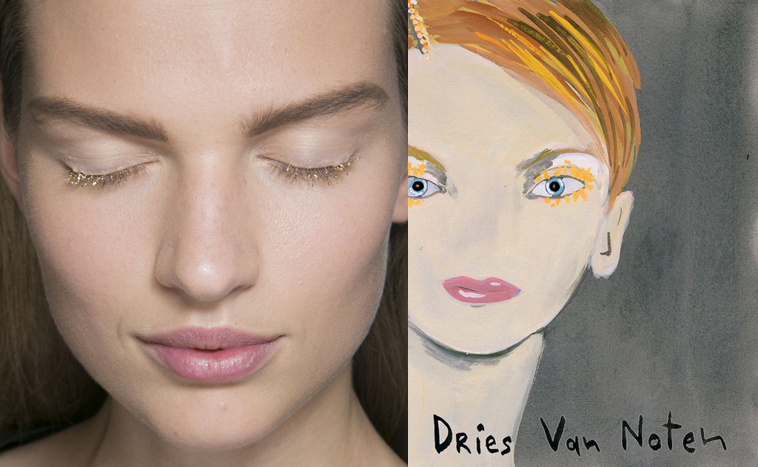 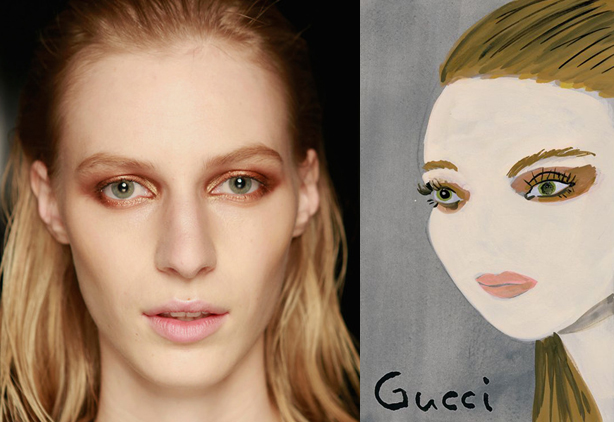 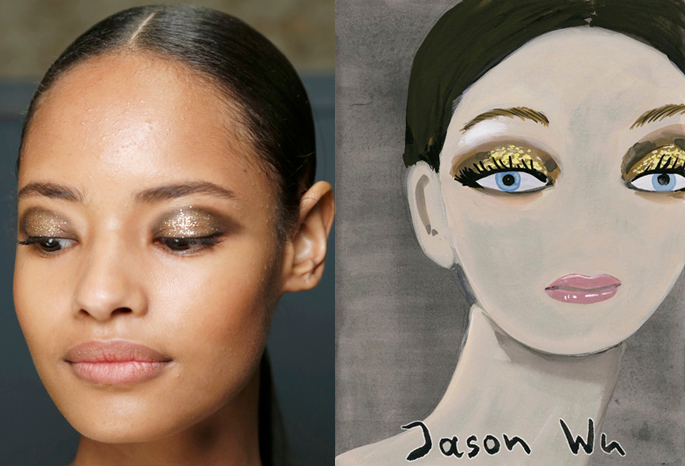 What I'm most fascinated by though is his depiction of his alter ego, Mrs. Tependris, whom he introduced in 1996 for a New York Times Magazine article. Mrs. Tependris is "a caricature of an art collector and a high society doyenne who Kakanias uses as 'a metaphor for the state of contemporary art and its superficial reception by the public'".  This character even has several books chronicling her adventures. 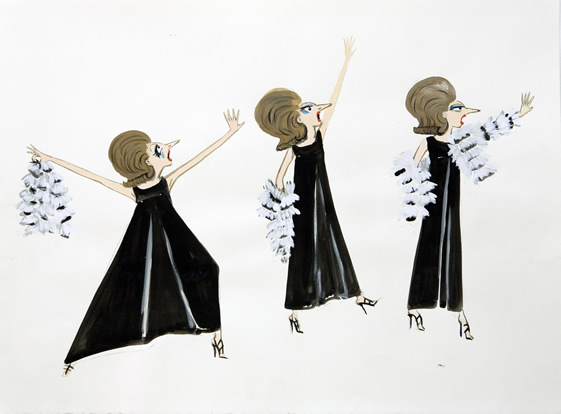 Here are parts of her diary from the fall 2013 couture shows in Paris. 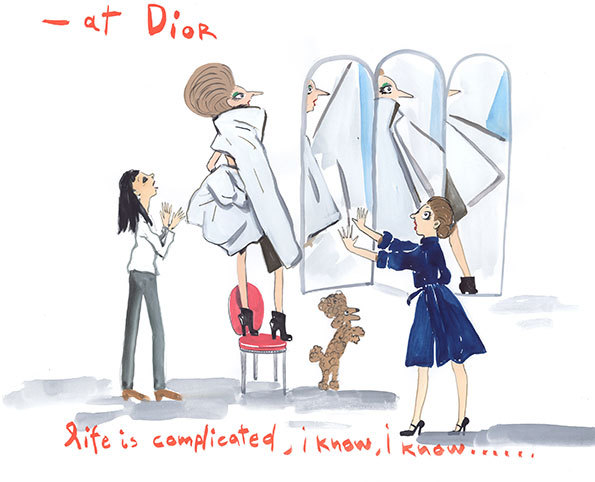 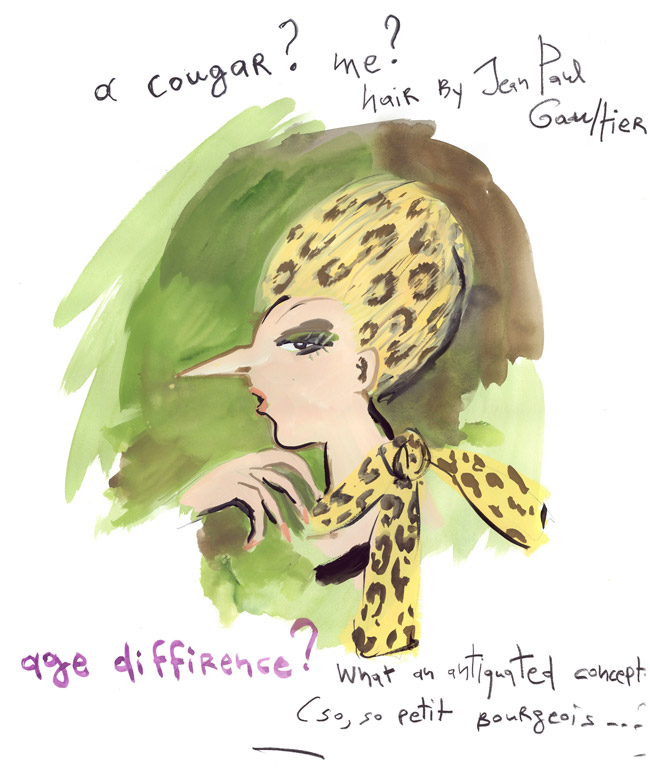 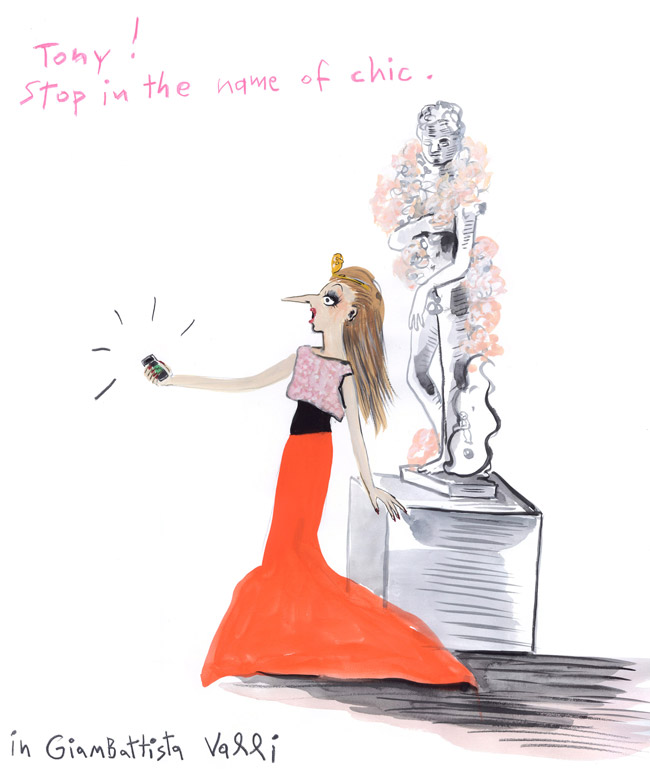 Prior to her turn at the 2013 shows, Mrs. Tependris hit the big screen in an animated short film called "Tependris Rising" in 2012, after a 4-year hiatus.  “I love her, but sometimes I get angry with her and swear I’ll never draw her again, then out she comes again,” said Kakanias of the project, which really served as a marketing piece for L.A. label Co's fall 2012 collection.  Mrs. Tependris's absence from the fashion world was explained by her being cryogenically frozen.  She is so impressed with her rejuvenated appearance that she must get back to the runways, post-haste.  I don't know what I love most in this film -  the spider who recognized her during her departure from the cryogenics lab, Kanye's reaction when she announces she's back, the big underwater dance number at the end set to Bowie's "Let's Dance", or her response to the assistant when he asked if she was in the show:  "I'M the show!" she says.

Mrs. Tependris was, of course, voiced by Kakanias.  The idea of a female alter ego by a male artist also reminds me a little of Marcel Duchamp's Rrose Sélavy...I think it would be great if both she and Mrs. Tependris each had their own dedicated makeup collections. ;)

Getting back to the NARS collab, I admire the way Kakanias adjusted his style ever so slightly to express Nars' vision for his collection.  While his other illustrations are, of course, fashionable, I think he upped the glam factor for Nars.  These women seem just a tad more chic and sophisticated than what he's done previously.  I also like the way he matched the collection's colors on their faces in the boxes for both the eye shadow and lip glosses, i.e. the models are wearing the enclosed shade.  While I still think a collection featuring only Mrs. Tependris would be pretty baller, I'm happy with this.

What do you think of Kakanias's work and the NARS collab?  And do you have an alter ego?