I need a miracle! Specifically, these Lancôme Miracle Cushion Compacts

I was searching for swatches of Lancôme's new cushion blushes when I stumbled across these delightful versions of the brand's Miracle Cushion foundation. Unfortunately for me, these were exclusive to Indonesia to celebrate the product's launch back in October 2015.  My only consolation is that the compact cases themselves were not limited edition - the designs were actually stickers to affix to the compacts. Created by Indonesian-born, Dubai-based artist Ayang Cempaka, the stickers were available at various launch events during October. 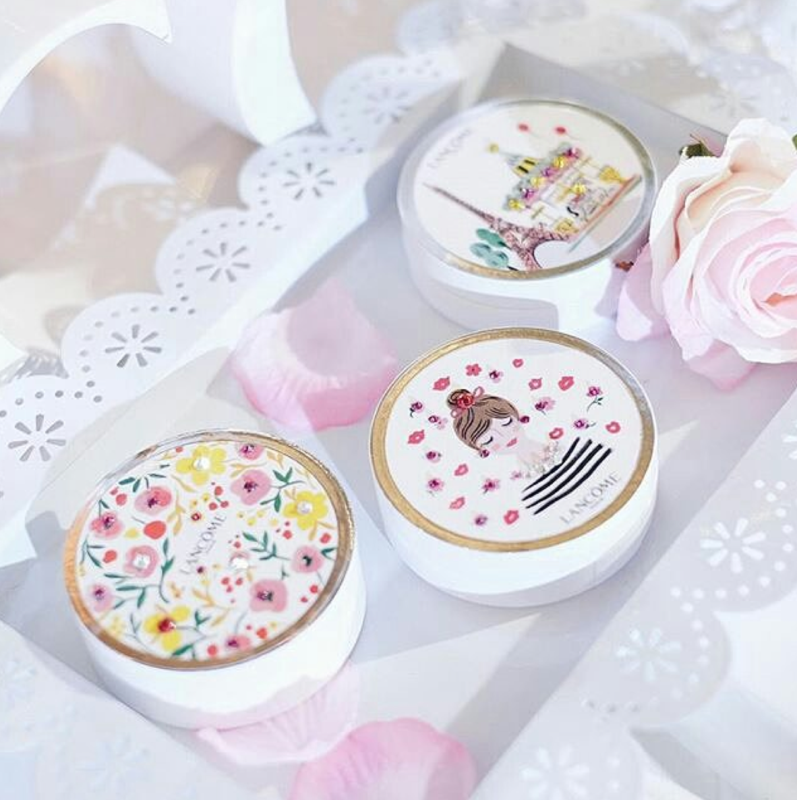 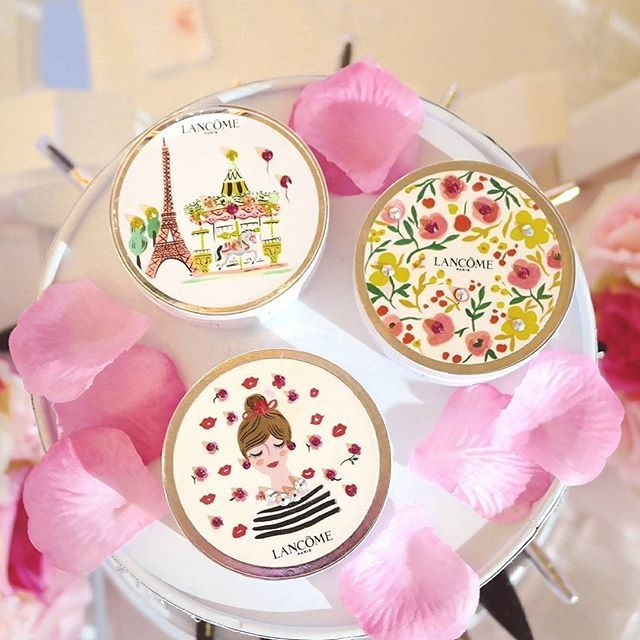 Ayang's lifelong interest in drawing is influenced in part by being surrounded by a family of artists.  “My mother, Dyan Anggraini, is a painter who used to work in a cultural institution owned by the government. My grandfather is a painter and sculptor, while most of my cousins work in the art world—curator, ceramic artist, and even musician,” she says. After graduating from architecture school in 2007, she founded an accessories line called Cocomomo three years later.  Then in 2013 Ayang wanted to focus more on her illustrations, so she launched a stationery line named Linoluna.

Some of my favorites: 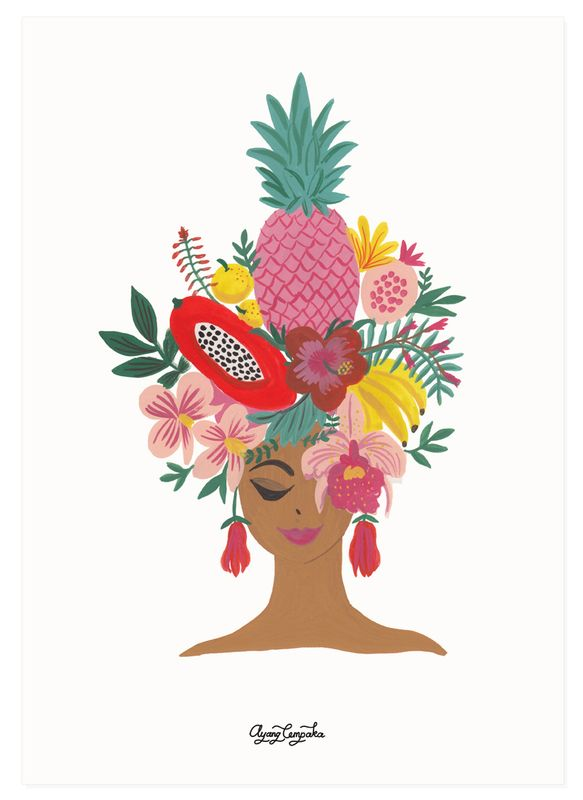 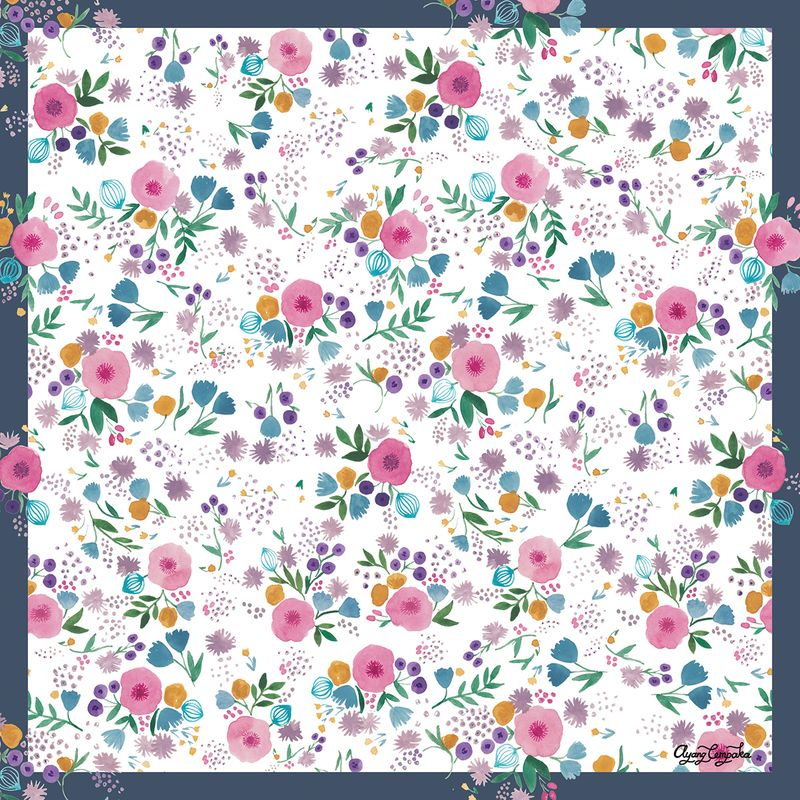 As far as inspiration goes, Ayang explains, "My mom loves flowers, and I love flowers too. In Dubai, flowers [are] really expensive. Instead of buying flowers and those flowers will be wilt in 3 days, so I draw those flowers. I love pop colors, and pastel. I love pink. My references are old children story books. I love vintage children books. I can’t remember the names. And I love Kate Spade, and J.Crew. My favorite flower is Ranunculus. Besides, I look for inspirations on Pinterest, then search wedding bouquet."  I can definitely see all of these in her work. I really like her work but somehow felt I had seen it before.  Turns out that it's quite similar to the illustrations of Anna Bond, owner of one of my favorite stationery brands, Rifle Paper Co.

Ayang is above, Bond is below - the flowers have nearly identical shapes. 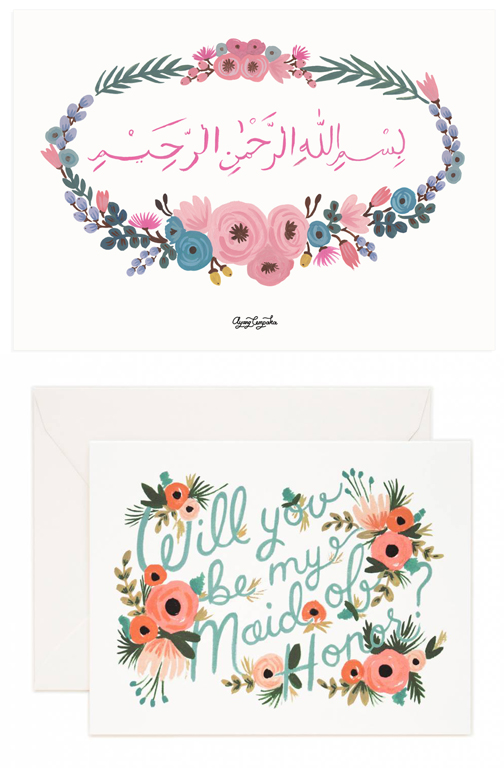 Ayang on the left, Bond on the right: I noticed there's some thematic similarity as well.  Both artists enjoy making prints of various destinations. 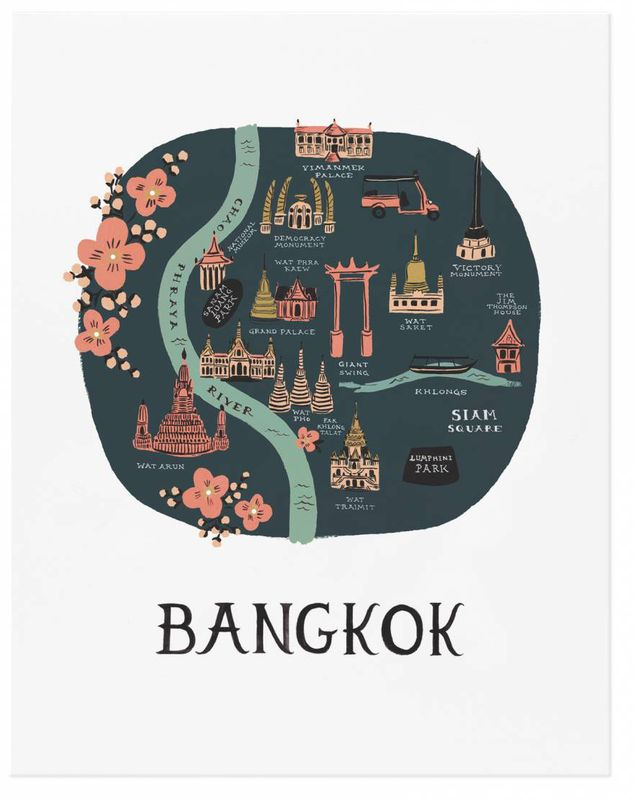 Even the way they styled these two ladies is almost the same, down to the ribbon both are sporting in their buns, large round earrings and delicately rouged cheeks.

These two illustrators have actually met, according to this Flickr photo.  I don't know if there's any other professional relationship beyond that, but I do find it very interesting that halfway around the world another artist has such a similar style.  And I'm not the only one who noticed:  after posting an interview with Anna Bond, this blogger remarks on the resemblance between the two (at least, that's what I gathered from Google Translate).

Getting back to the Lancôme compacts, a part of me wishes they weren't just free stickers only available at launch events but designs on the cases that were actually sold at counters - this way I might have a shot at getting my hands on them through e-bay!  On the other hand, it's a rather novel marketing ploy that Lancôme went with something temporary like a sticker, and it's good that they collaborated with an Indonesian artist for something exclusive to the country.  Much as I'd like to track these down for the Museum's collection, it's nice for a country to have something created just for them and not available anywhere else - makes it more special, I think.

Thoughts?  And do you have a preference for the work of Ayang or Anna?  I can't choose, both are totally adorable to me!