Maybe it's because I read this when I was incredibly cranky for various reasons (I had a stubborn cold and was dealing with nearly an entire month of rain/overcast skies) or maybe it's because I was so impressed by Lisa Eldridge's Face Paint last fall, but in any case I was completely underwhelmed by Gabriela Hernandez's Classic Beauty:  The History of Makeup.  I hate to be harsh because I admire the Bésame line, which Hernandez founded, and I know she shares the same love of makeup as the rest of us beauty junkies, but this book disappointed me on virtually every level.  Hernandez, like Eldridge, takes us through a basic history of makeup from ancient times to today, but without any nuance or even excitement.  The tone was distinctly monotonous and dull, whereas with Face Paint I was positively glued to the text.

First, this tome was riddled with typos and inaccuracies.

Just one example of a typo...should be "drawn", yes?

Little things, like Madonna's "Material Girl" coming out in 1985 (it was released November 30, 1984), or that YSL introduced "his" Touche Eclat in 1992 when it's common knowledge that the brains behind the YSL line at that point, Terry de Gunzburg (who started her own By Terry line in 1998) was the person responsible for that particular item, were driving me crazy.  Or citing L'Oreal as a department store line, or stating that Chanel introduced her quilted bag in 1957 - the bag is named the 2.55 for the month and year Coco created it, for God's sake. 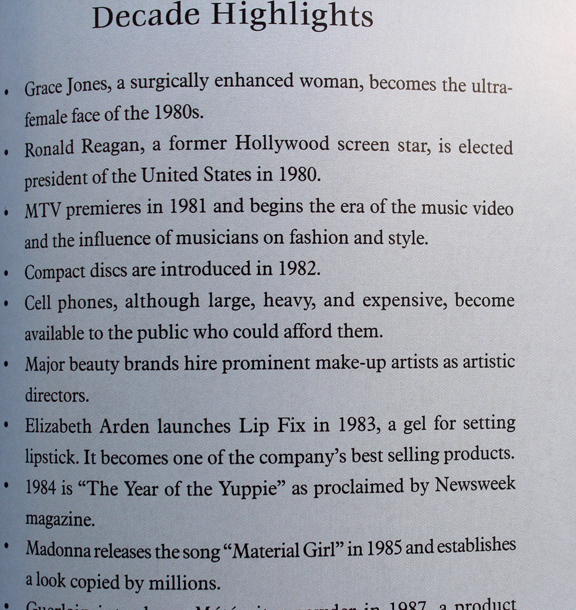 Also, I thought Grace Jones was the ultimate androgynous beauty? 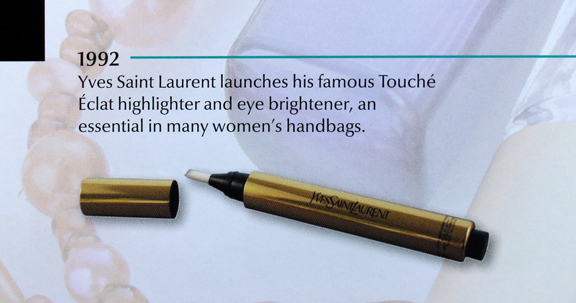 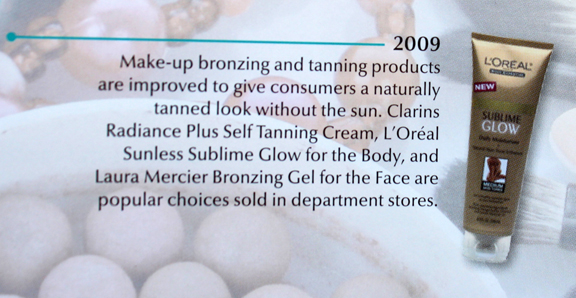 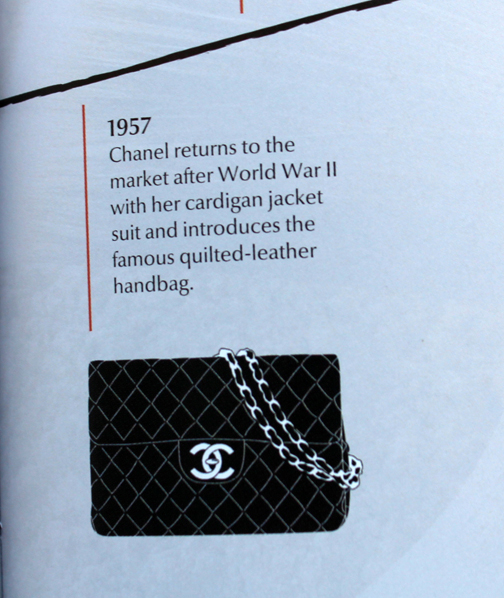 Speaking of Chanel, by far the worst offense was the claim that Chanel introduced their lipsticks in the 1940s (p.121) and then on page 215 it's stated that Chanel introduced their lipstick line in 1975.  Which date is correct?  Trick question:  neither!  Chanel actually introduced their makeup line in 1924.  (I also remember this because there was an amazing Chanel lipstick case from the '20s in Jean-Marie Martin-Hattemberg's Lips of Luxury book.)  It's just odd because I checked the sources in the bibliography and they seem reputable, but perhaps they were wrong and Hernandez was unfortunately relying on their incorrect information.  However, that doesn't explain the issues with what should be easy-to-find information, like the dates of the reign of Queen Elizabeth I.  (She died in 1603 so maybe the numbers here were transposed?) 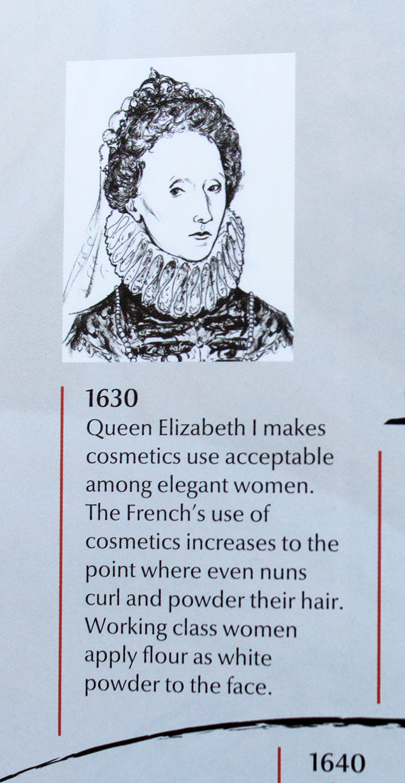 At least in a different timeline the starting date of the queen's reign is correct. 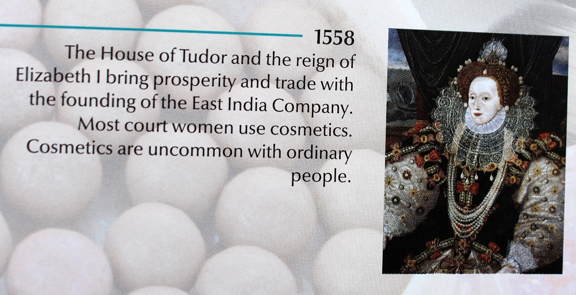 Also, why have all these timelines?  I understand not every beauty milestone can fit onto one, but there were ones by decade and then a larger one in a completely different format towards the end of the book, and it just didn't make any sense.  Which brings me to my second issue: visually the book was unappealing.  I understand that it's not possible to get the rights to certain images, but there were some things that I think should be fairly simple to include, like a photo of Elizabeth Arden.  You mean to tell me there was not a single photo of Arden that could have been used?  And in its place was this rather sad sketch. 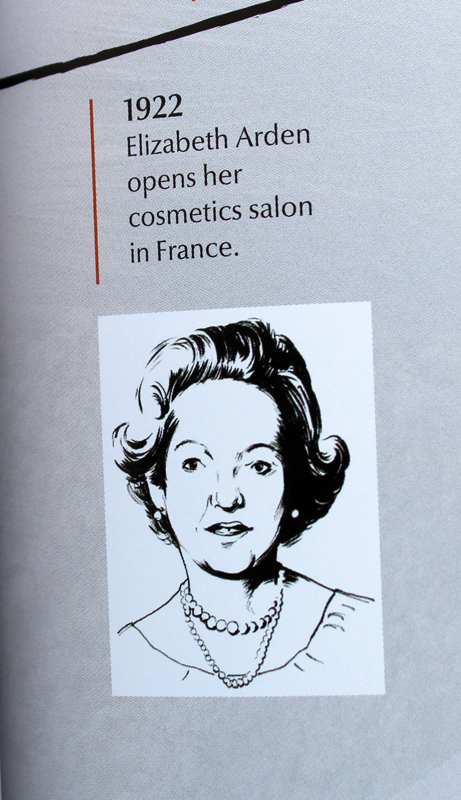 And who did these illustrations for each decade?  They're college art student-quality at best and certainly don't capture the look of each decade. 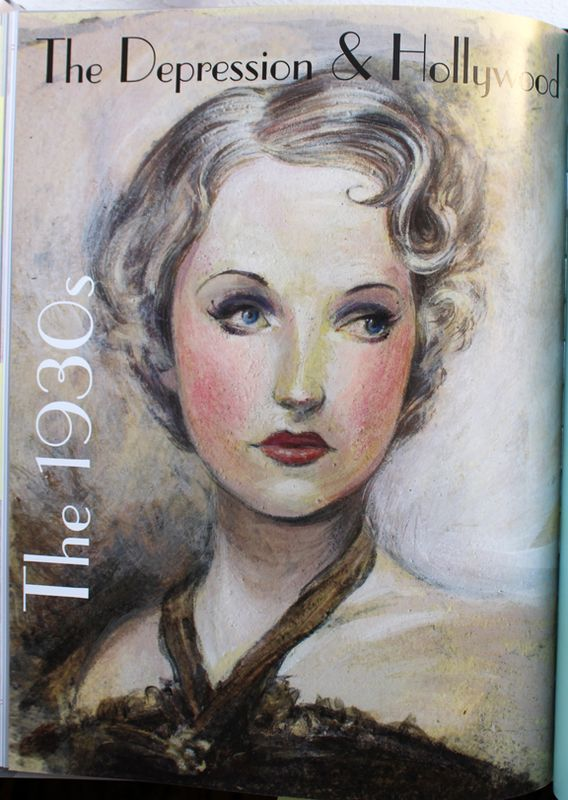 Finally, the writing lacked any sort of clear personality or voice.  It was just so...flat.  Definitely not the kind of thing you'd expect from someone who was so inspired by vintage makeup that she started her own vintage-looking line.  Makeup "facts" were presented in a bland, tedious fashion - how a makeup artist could make something like the history of cosmetics so lifeless is beyond me.  Hernandez also concludes with a rather unfeminist perspective.  She starts with some drivel about believing that "each woman possesses unique features that make her beautiful inside and out", which, insipid though it may be, isn't that bad.  But then she immediately contradicts it by saying that the overarching goal of makeup application is to look attractive.  At least, that was my takeaway.  "The challenge is to recognize your best features and to create the most confident and attractive person you truly can be.  It is true that when you look attractive, you feel good.  It is uplifting when you look your best at all times, even for the simplest of tasks."  Um, no.  I can think of at least 5 instances where I look nowhere near what you'd call attractive and yet still feel okay about myself (running, for example.)  And I don't always use makeup to look attractive, I use it as a creative outlet.  A few weeks ago I wore that matte grey Smashbox lipstick I picked up in my spring haul.  Sure I looked like a zombie but I didn't care - it was so much fun! I didn't give a flying fig that grey lipstick isn't flattering on me, and I will continue to buy shades that make me "unattractive" for the pure joy that using those colors gives me.   None of that seemed to be addressed here, which was troublesome for me.  Finally, "look your best at all times" is a sequence of words that has no business existing, like, ever.  It is not "uplifting" for me to look my best when I'm at the supermarket or getting the mail.  Sheesh. 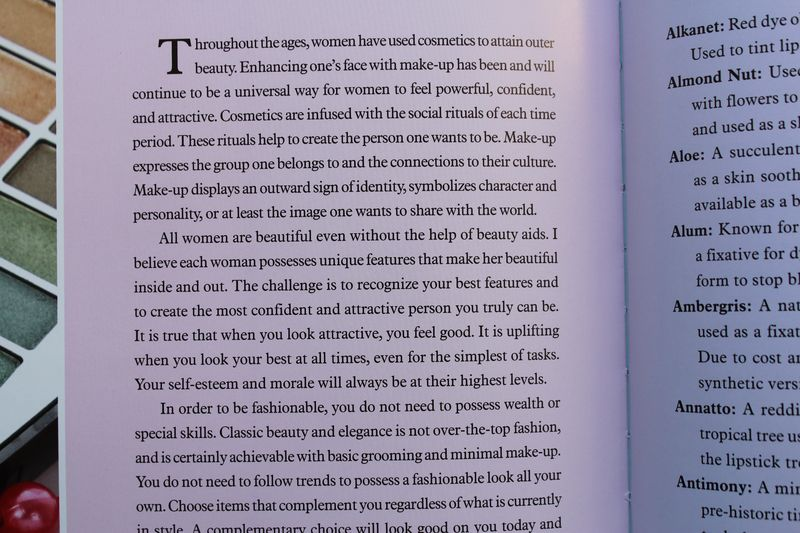 Bottom line:  If you're looking for a comprehensive history of cosmetics that is both accurate and a fascinating read, go with Lisa Eldridge's Face Paint and skip this one.

Has anyone else read Classic Beauty?