Well, hello pretty powder!  As soon as I saw the intricate pattern on Givenchy's Poudre Lumière Originelle I snapped it up and figured I'd research the pattern later. 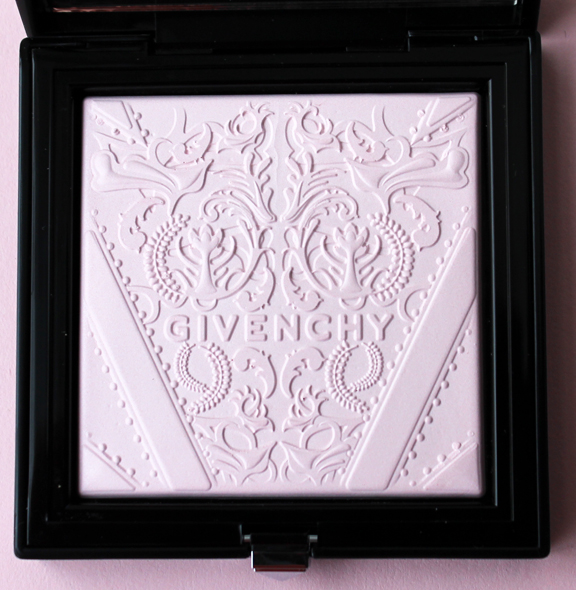 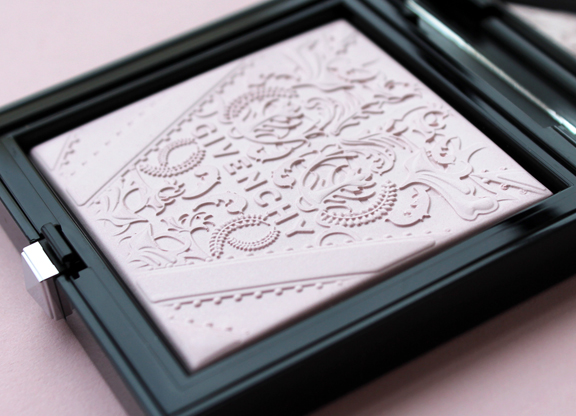 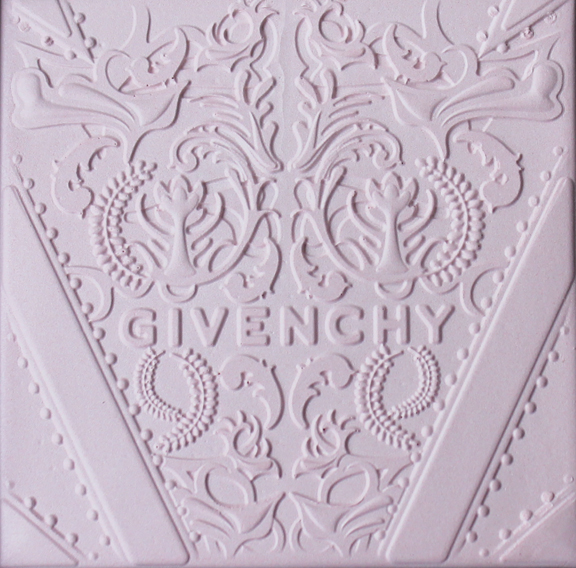 The design allegedly comes from a lace pattern.  I tried my hardest to find a match in Givenchy's fashion collections but came up short.  It's similar to these, from the fall 2015 and fall 2016 collections, but not identical. 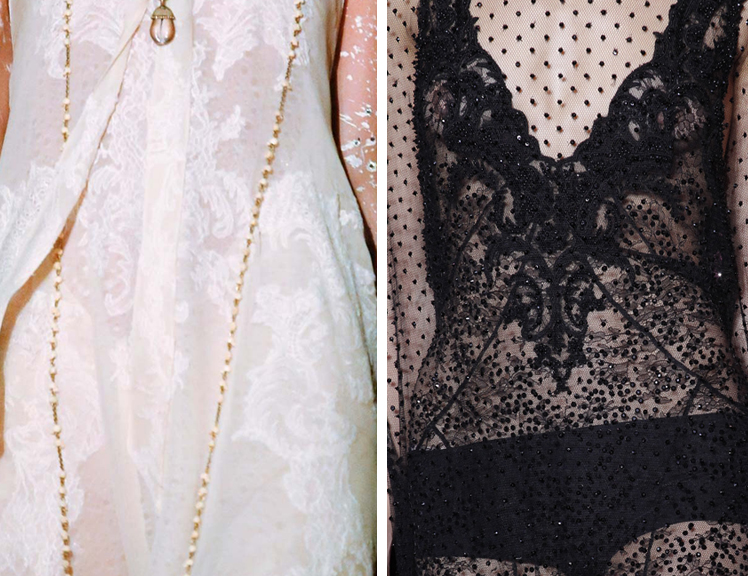 I dug through every single runway show at vogue.com to find it but still couldn't.  The pattern on the palette looks most similar to this gown from their fall 2011 couture collection, particularly because of the dots along the edge of the solid bands and the triangular portions near the shoulders.

However, as evidenced by this close-up, it wasn't exactly the same. 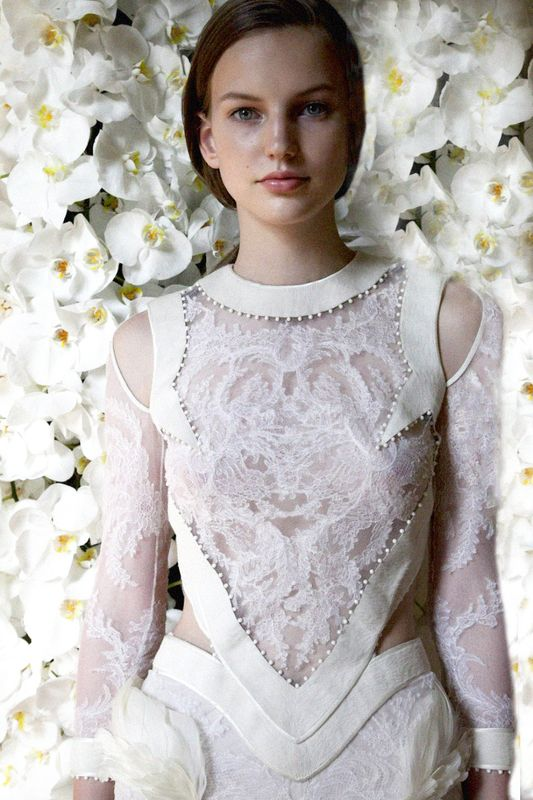 Sigh.  While the powder is gorgeous, I wish Givenchy had used an easily recognizable pattern from one of their dresses.  This technique worked beautifully for Chanel, and given the abundance of Givenchy's amazing lace work over the years it wouldn't have been too much of a stretch to pick out one piece to borrow for the palette.  Also, Givenchy spectacularly rendered another one of their patterns in bronzer form, so it's not unfamiliar territory.