An alternative to the luck of the Irish

For St. Patrick's Day I originally thought I'd do a quick round-up of vintage compacts adorned with clovers and such.  I was searching for a particular vintage Stratton compact, one that has more traditional lucky symbols, and came across this one instead.  It was so delightfully strange I simply had to shove aside the other compact I was looking for to investigate this one further. 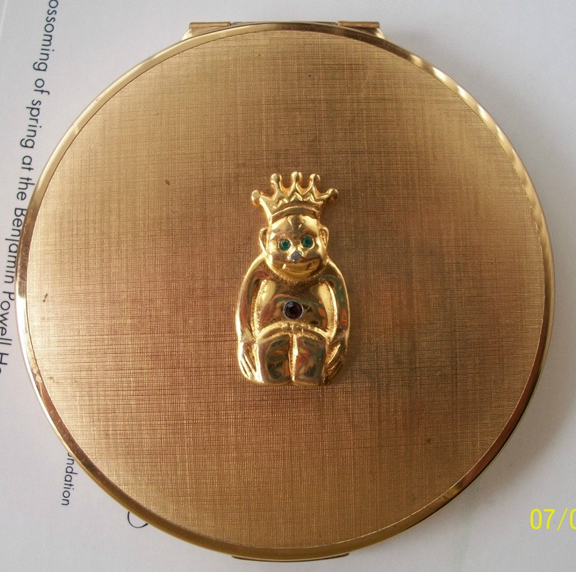 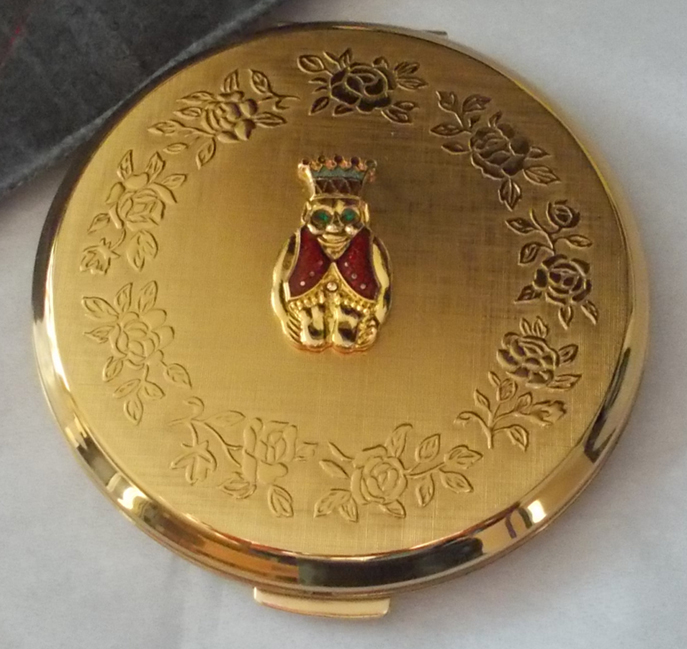 If you're all, "WTF am I looking at?", don't worry, I was too.  Apparently the little fella on the front of these compacts is known as a billiken, a symbol of good luck.  Both of the websites that list these compacts for sale point out that the Stratton compacts with a billiken on the front are very rare, and are on page 103 of Mueller's Overview of American Compacts and Vanity Cases.  So off I went to consult my copy. 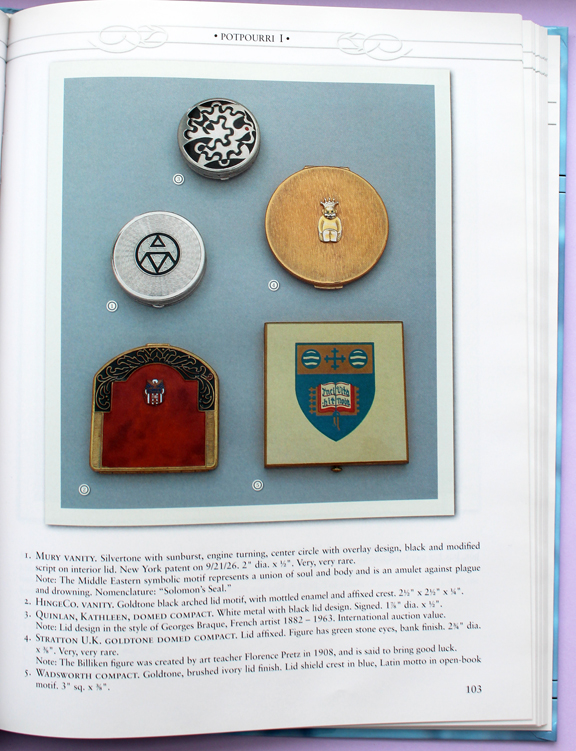 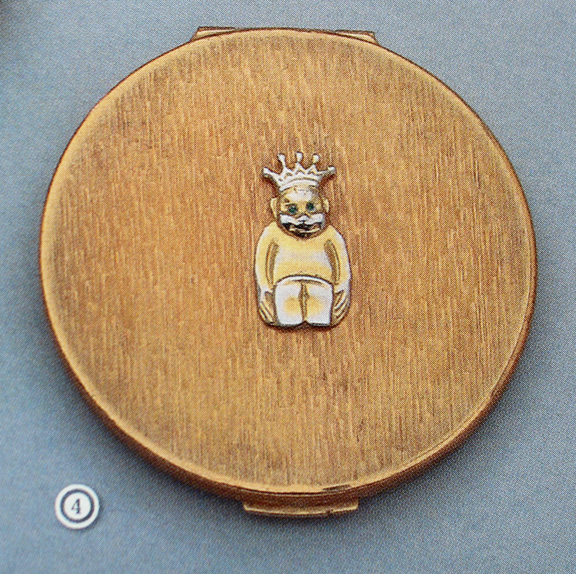 Okay, so the billiken was created by an art teacher in 1908 and is a lucky figure.  That's a start, but not enough information for me.  So I went searching and found myself down quite a bizarre rabbit hole.  The billiken was created by Florence Pretz in 1908 after it appeared to her in a dream, while she found the name in an 1896 poem called "Mr. Moon: A Song Of The Little People" by Canadian poet Bliss Carman.  The billiken represents "things as they ought to be." Buying a billiken for oneself brought luck, but receiving one as a gift brought even more good fortune.  Pretz explained to the St. Louis Post-Dispatch, "I concluded if there is a chance that we shape our own lives, and my clay was mine to fashion as I would, I might as well make an image, which embodied hope and happiness to sort of live up to."

I found her original design patent at the Virtual Corkscrew Museum (the fact that a corkscrew museum exists is proof that a makeup museum is a completely normal and valid idea, yes?)  Such a weird-looking little creature, what with the pointy head, prominent ears and compact body - not quite human but not animal-like either. 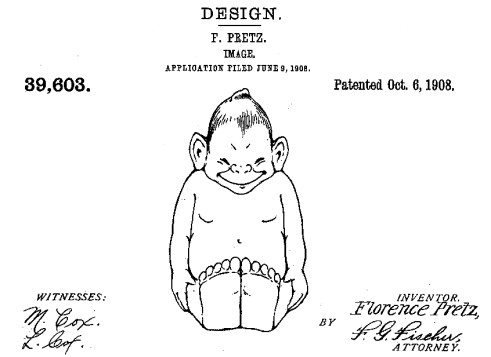 And here's a sketch. 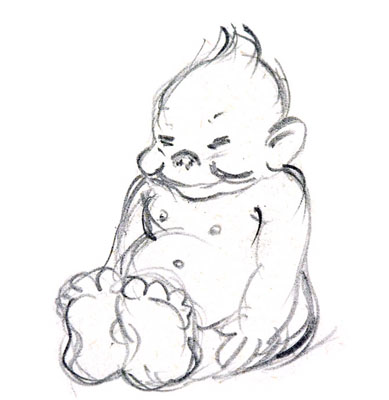 The billiken's popularity skyrocketed less than a year after the patent was filed and took off as a novelty across the U.S., its likeness appearing on all kinds of ephemera from basic figurines to salt shakers and belt buckles.  St. Louis University even adopted the billiken as their mascot, which they still use today.

The craze also spread to Alaska, where billikens were carved from whale bone/teeth or walrus ivory and sold as souvenirs.  They're still made today, of course from different materials. 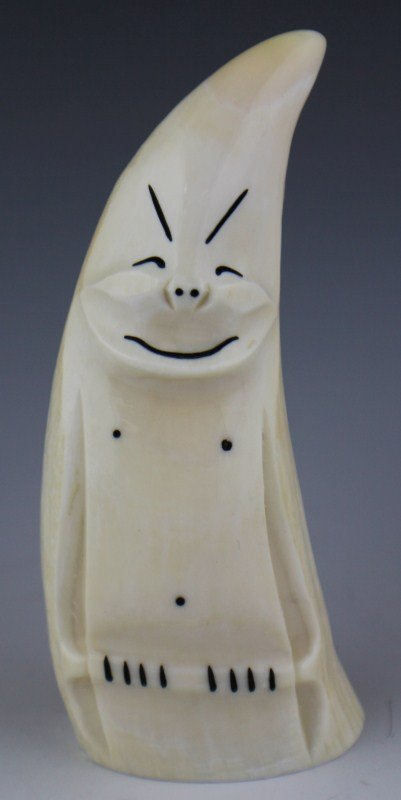 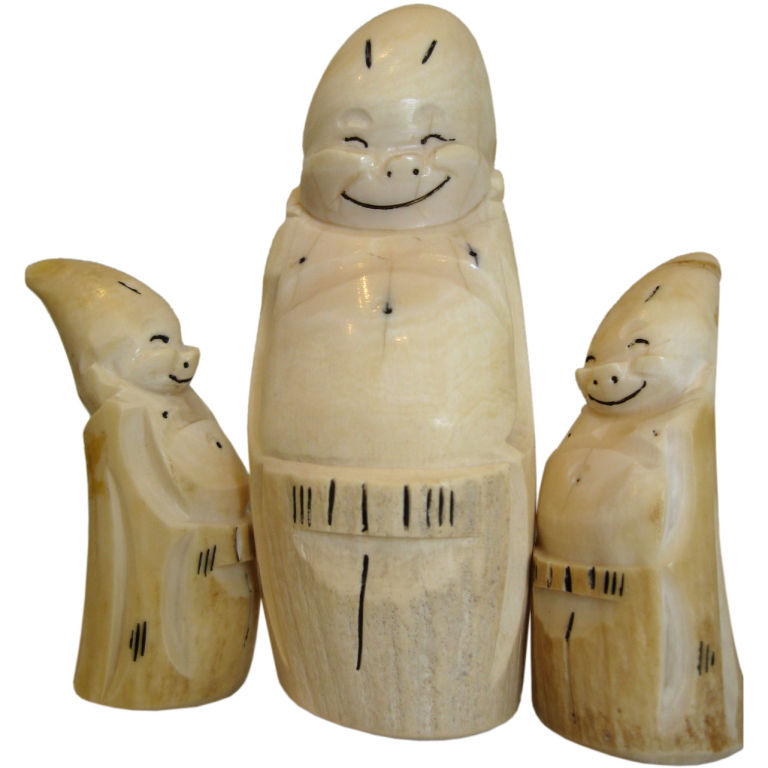 Finally, the Royal Order of Jesters, a group belonging to the larger entity of Freemasons, adopted the billiken as their symbol in 1911.  The billikens associated with the Jesters differ from other figures as they're usually wearing crowns. 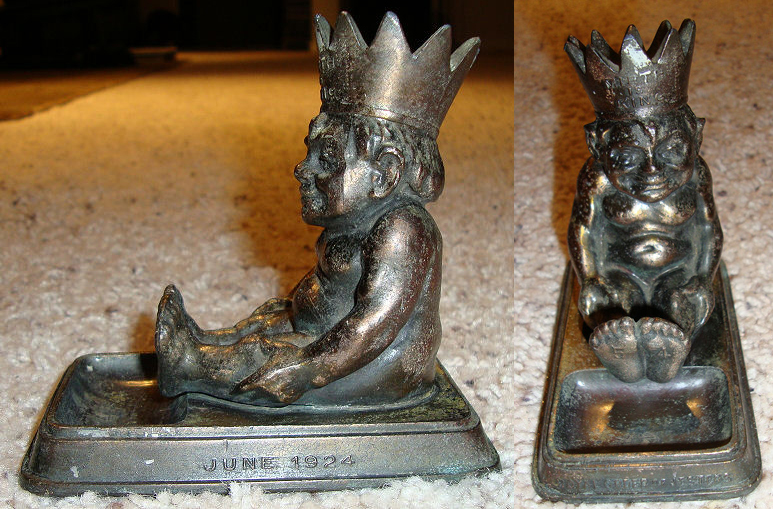 This lapel pin especially makes me think that the billiken on the Stratton compact was related to the Royal Order of Jesters, as the design is nearly identical. 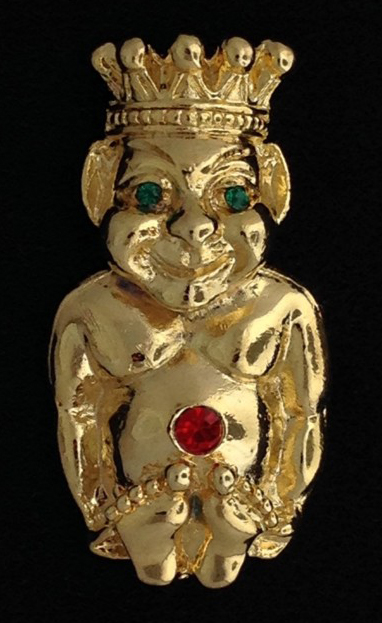 And Stratton did make other Freemason-themed compacts. 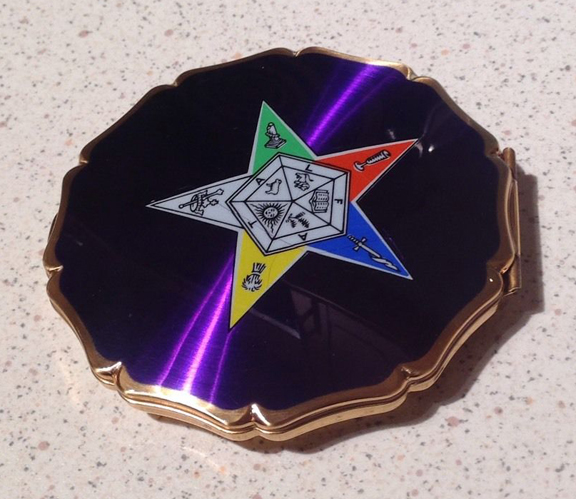 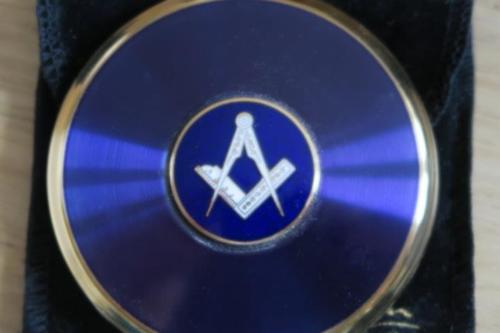 I guess what I'm still trying to figure out is how the billiken ended up on the Stratton compacts.  Were these part of a custom order for the Royal Order of Jesters?  What kind of relationship, if any, did Stratton have with the Freemasons and their associated bodies?  Or did Stratton simply decide to put a billiken on their compacts at several points throughout the early 20th century since the billiken was so wildly popular and appearing on nearly every object one could think of?  I really can't answer any of these with any certainty.  Plus, if the billiken on the Stratton compact is somehow related to the Royal Order of Jesters, it doesn't make a lot of sense to put it on an item primarily used by women.  Near as I can figure, the Royal Order of Jesters is your typical boys' club (with some rather sordid, remarkably misogynist moments throughout their history to boot, though I don't know if can trust the sources I linked to.)  However, according to the British Compact Collectors Society, Freemason compacts were in fact "presented as gifts on Masonic Ladies’ Nights, when wives of Masons were invited for a special dinner."  So maybe the ROJ had similar ladies' nights in the U.S. and these were gifts?

I also found this compact, which just leads to more questions. 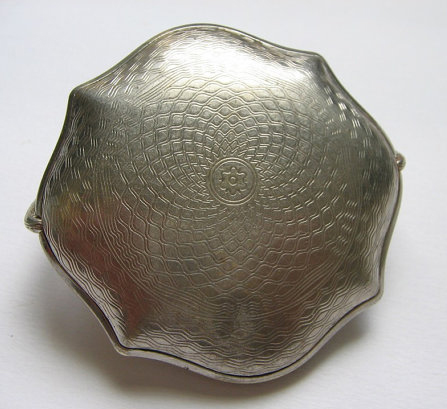 Unlike the Stratton billiken compacts, this one is unmistakably related to the Royal Order of Jesters given the initials on the billiken's crown.  No maker is listed but the shape, embossing and the handle are all identical to these enameled compacts.  So I'm wondering if this was just a generic compact and you could have it customized.  In this case, I'm guessing someone belonging to the Royal Order of Jesters had it made and inscribed with the year they were inducted, given the "78" on the billiken's feet.  But again, why a compact?  I can only assume it was a gift, since I don't think women can be members of the ROJ.

Anyway, I don't think I'll ever get to the bottom of how a billiken that looks similar to the one used by the Royal Order of Jesters ended up on a vintage compact, but I'm glad I at least found a very interesting, if not totally weird, piece of history.  And I always welcome learning about benevolent beings such as the billiken, as we could use a little more good luck and positivity in this world.

Had you ever heard of a billiken?  And have you ever dreamed up a totally mythical creature?  I have - a few months ago I dreamed of flying rabbits that were called angel bunnies.  Their wings were not like feathered bird wings but covered in soft white fur, like the rest of their bodies.  They were so cute and fluffy and they only came out at night...I wish they existed, or that I at least had some artistic skill so I could sketch them!  Who knows, maybe if I file a patent for them the way Ms. Pretz did with billikens, they could be the next craze sweeping the U.S. :)