As I've said before, I think Valentine's Day is kinda dumb so the husband and I don't celebrate it, but I do love any sort of holiday-themed makeup. Vintage compacts are especially fun to browse for V-day, as there's no shortage of lovey-dovey designs.

If I had to guess, I think Elgin's heart-shaped compacts were originally created for Valentine's Day (and eventually marketed for Mother's Day and Christmas), since the earliest ad I've seen for them was from February 1947.  I'm greatly amused by the fact that this one appeared in Esquire magazine.  Clueless men, here's what to get your girl for Valentine's Day! I always love it when I can find the item that I spotted in a vintage ad. 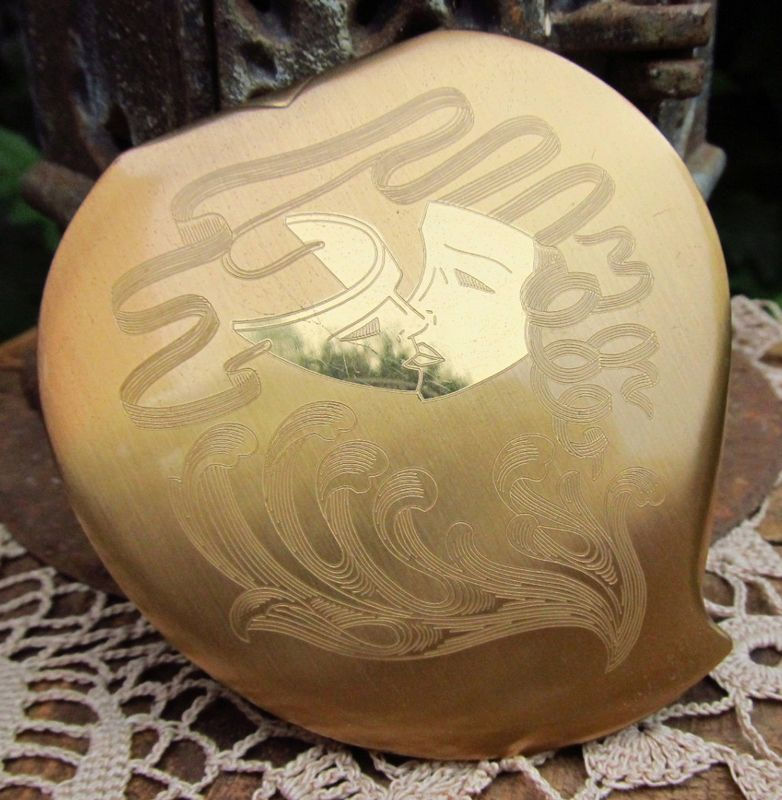 Here's another ad from February 1948.  While it seems to be targeting women, it does mention the compacts as Valentine's Day gifts. 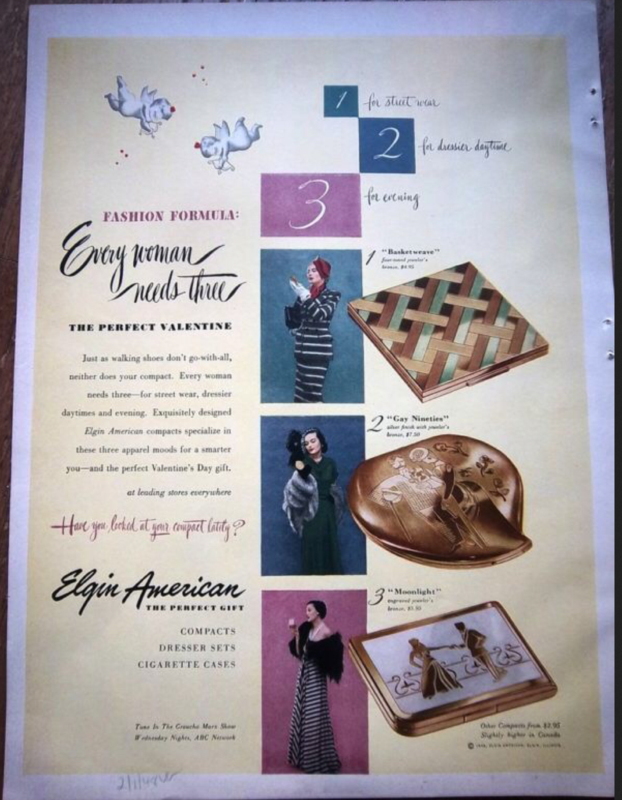 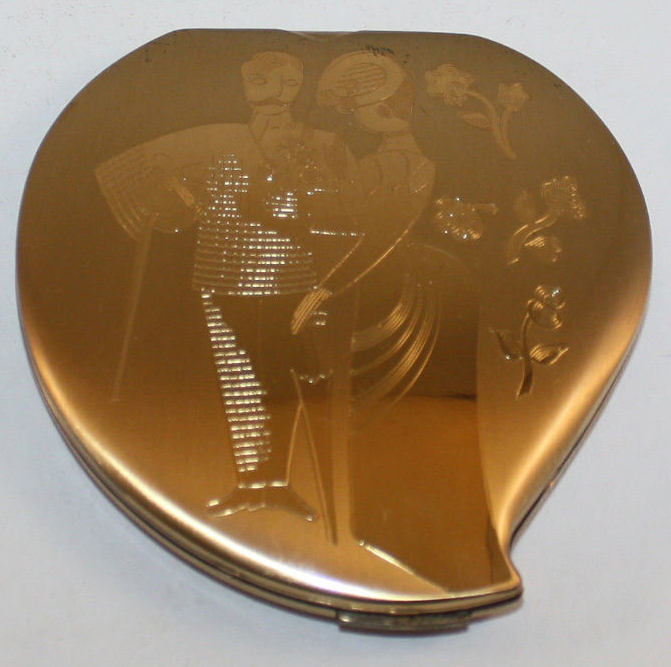 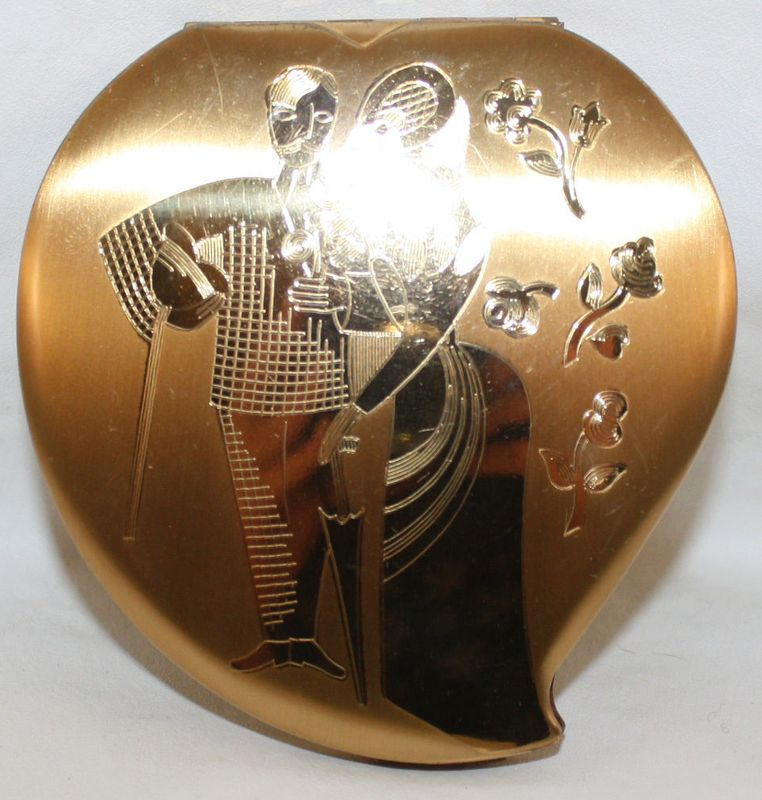 Some other Elgin compacts that would have been appropriate for Valentine's Day: 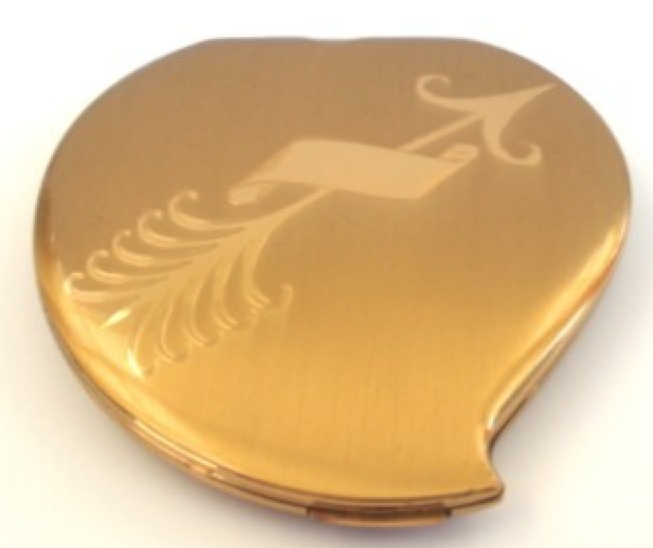 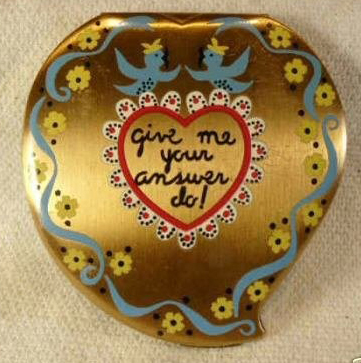 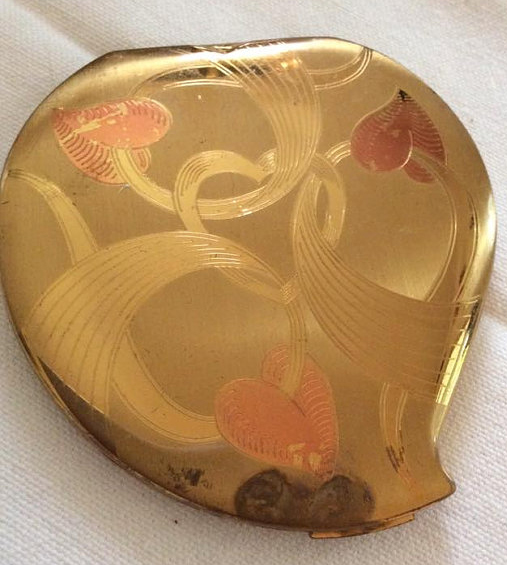 It looks like some of them had space for engraving so you could customize them. 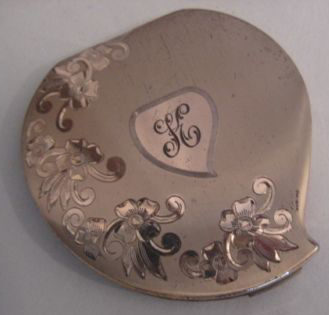 This one is my favorite. Like I said, I'm not really into Valentine's Day crap, but this is precious.  It really hits all the love notes - Cupid, flying hearts, and "I love you" in several languages. At least, I think that's Cupid...he doesn't have wings, which is a little odd. 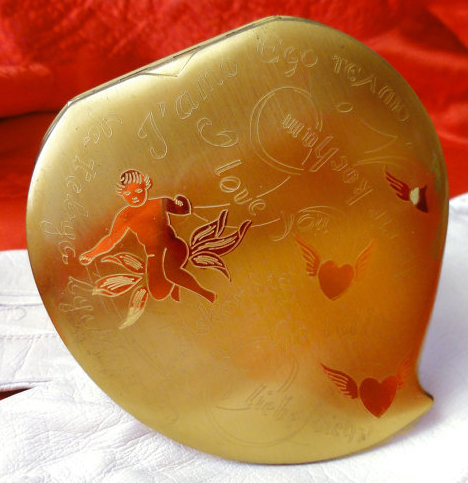 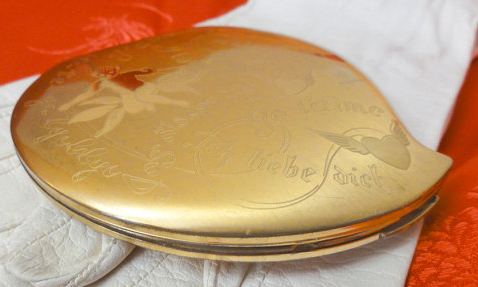 If I had been more organized I would have gotten one for the Museum in time for V-day.  Fortunately there are lots of this particularly design floating around so I can still get it.

What do you think of these?  And do you celebrate Valentine's Day? (I won't judge if you do!)