I usually don't like to post spring items until at least the beginning of March, but I couldn't resist sharing a little taste of spring today.  Burberry continues its streak of "runway" palettes with two lovely highlighters - one a rich gold, the other a bright shimmery white - embossed with a lace pattern taken from their spring 2016 fashion collection.  I picked up the white one as it seemed more spring-like to me. 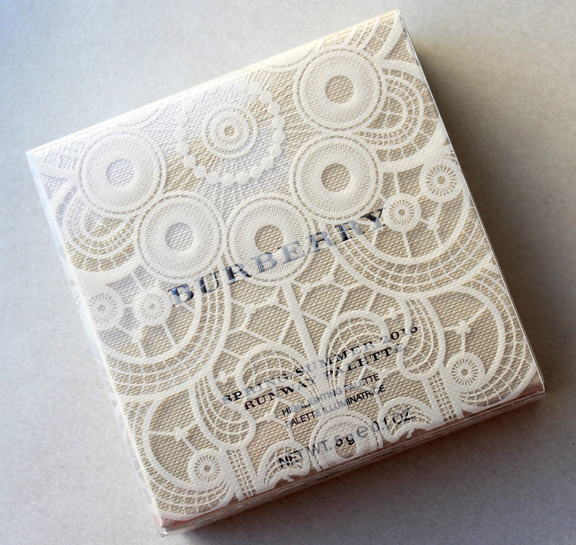 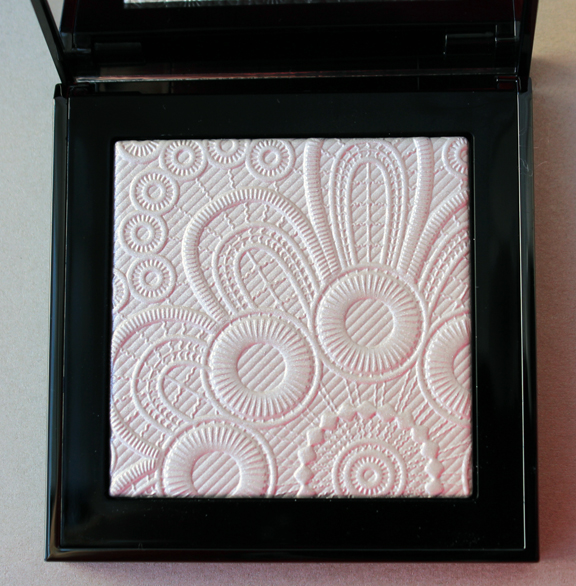 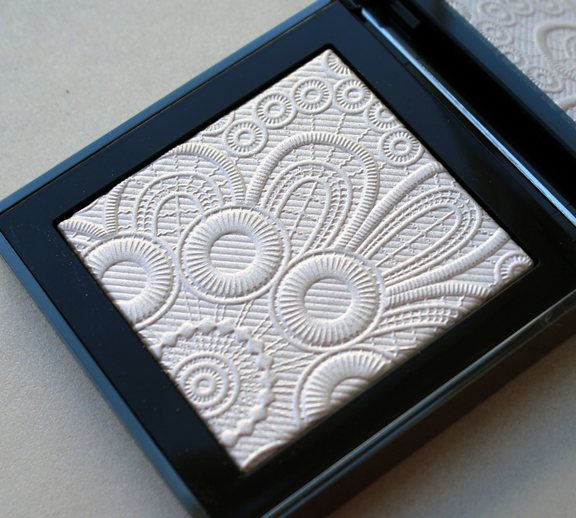 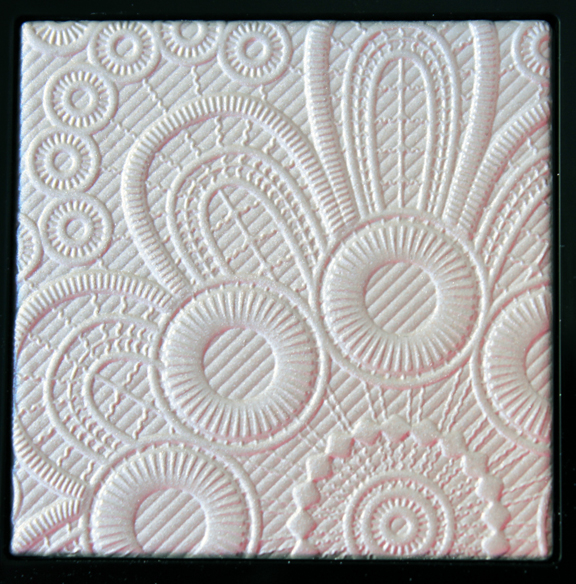 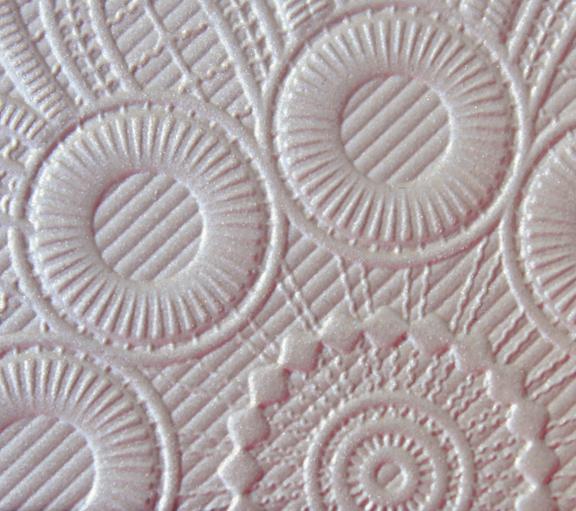 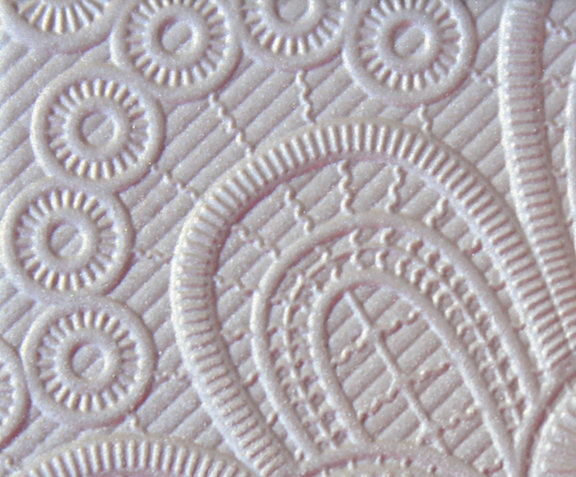 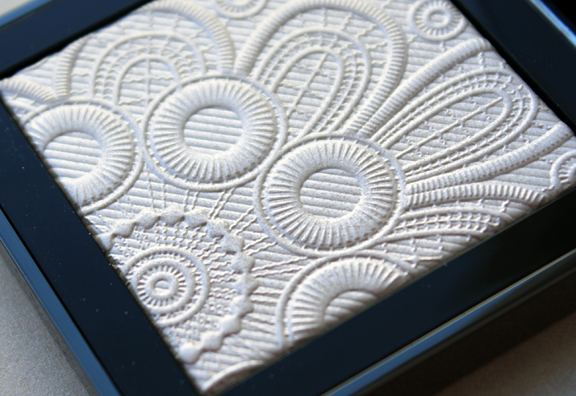 Burberry chose a leather and lace theme for their spring 2016 collection. 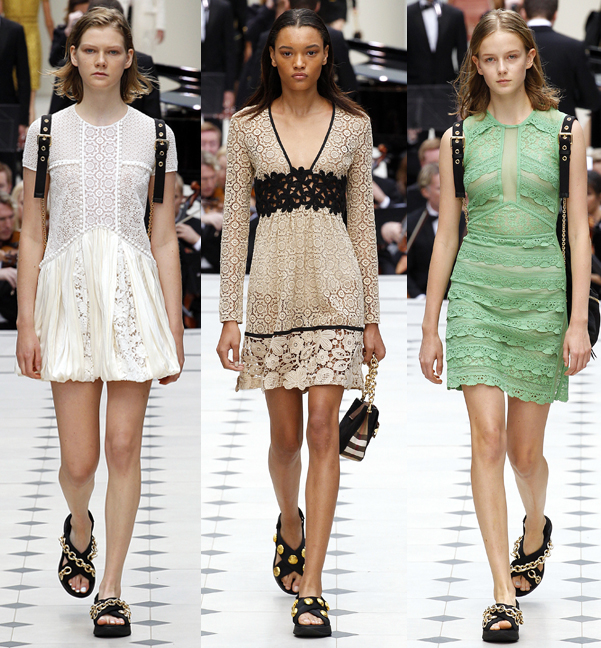 I eagerly looked at the detail photos for the lacy pieces to find where the pattern on the palette had come from.  While it looked close to some of the pieces, it wasn't an exact match. 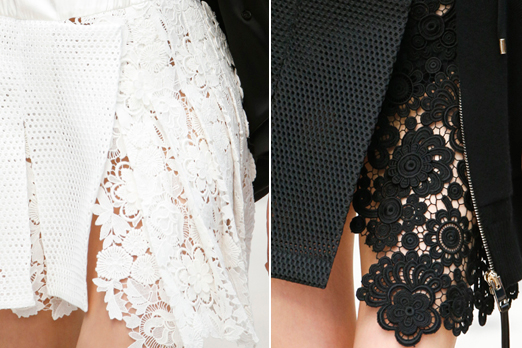 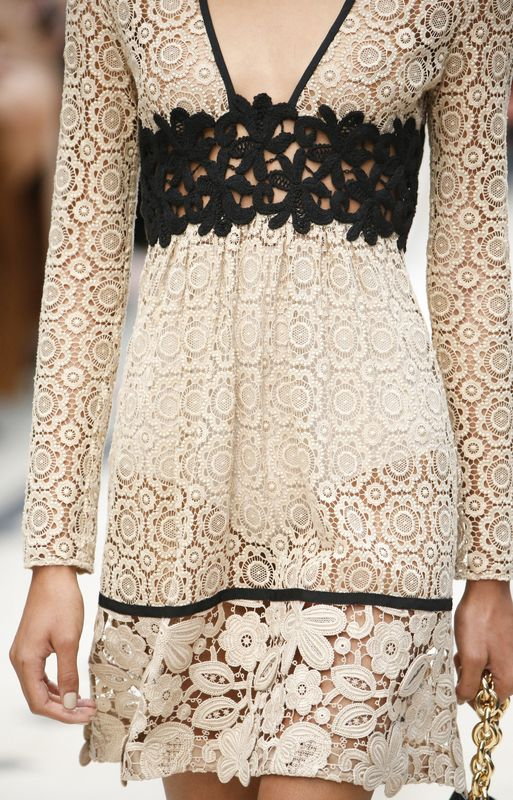 And then I realized the pattern on the palette is actually from the lace that appeared on several men's items.  I hadn't thought to investigate the details for the men's stuff initially, but the fact that I couldn't find the exact pattern was driving me nuts so I took a good look at them. 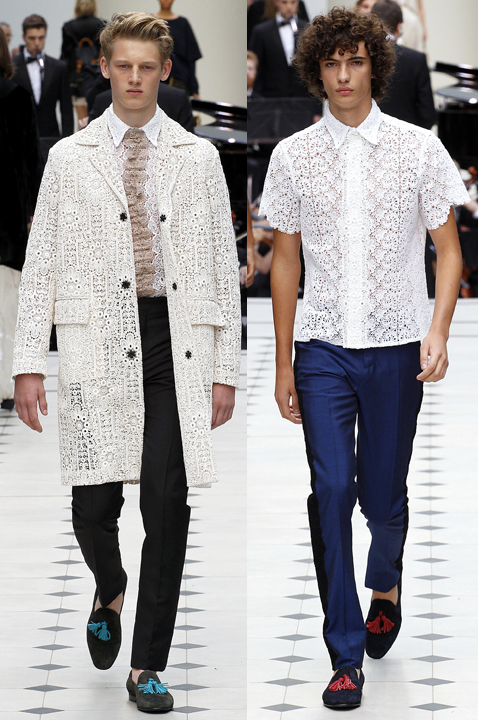 Here's the section of the pattern that was reproduced on the palette. 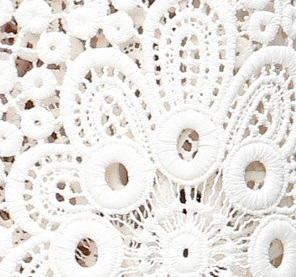 I guess I shouldn't be surprised that Burberry took the pattern from men's items, which is a tactic Paul & Joe also uses occasionally, but I do find it interesting.  I wonder whether their marketing people thought it would be more visually appealing or whether it was easier to re-create in powder form than the lace that appeared on the women's pieces.  Like Chanel's Dentelle Précieuse, I guess we'll never know their reasoning for using this particular lace pattern sure.

What do you think?  Where does this fall for you in terms of lace-themed palettes?  I like it more than Dior's and Dolce & Gabbana's, but still not as much as the aforementioned Chanel.  I also like it more than both of Burberry's previous runway palettes, as it was more intricate than the fall 2015 camouflage palette and not quite as literal as last spring's "Rain or Shine" palette - I had to dig a little for the pattern.