Welp. This is what I get for not thoroughly researching an artist before purchasing things from a makeup collection they worked on.  I was initially excited for Nars' collaboration with fashion photographer Steven Klein, thinking that it would be a significant improvement over 2013's reprehensible Guy Bourdin collection.  The crazy launch party in particular definitely piqued my interest - this guy sounded out there!  And once I saw the images on the Nars collection packaging, I thought, this is great.  Klein's photos immediately grab your attention and stay with you long after you've turned away, and the makeup in some of them is truly dazzling.  They're incredibly strange and some are fairly scary, but I wasn't seeing anything downright offensive - if any of them are disturbing, it's more in a surreal, horror-movie sort of way.  Totally bizarre imagery on the packaging and fantastic new colors?  Sounds like a perfect collab to the Curator. 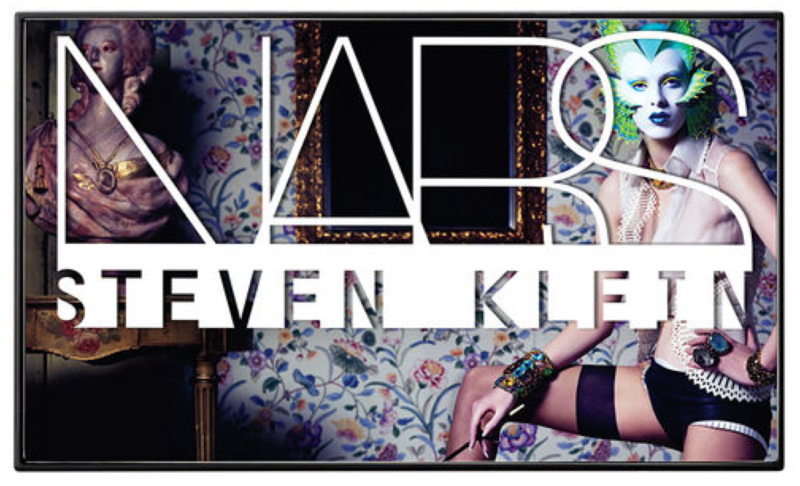 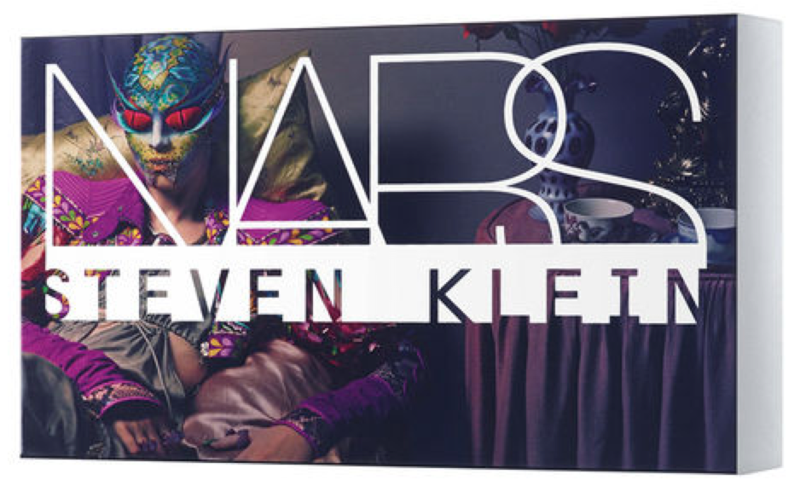 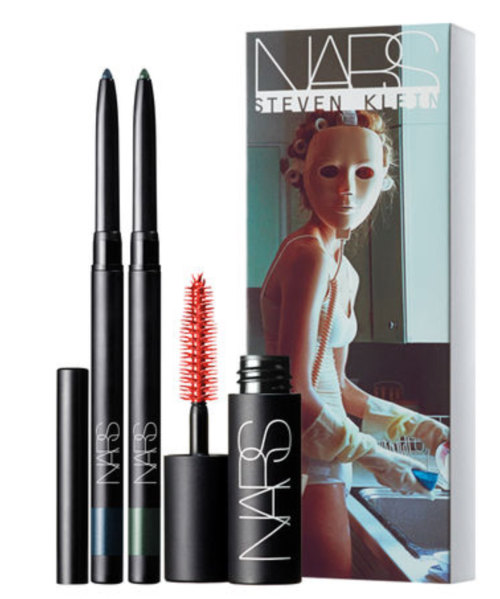 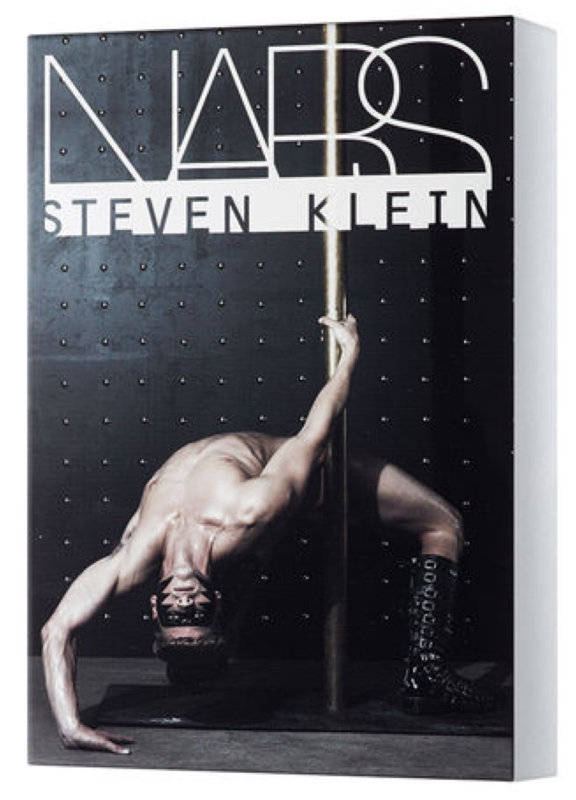 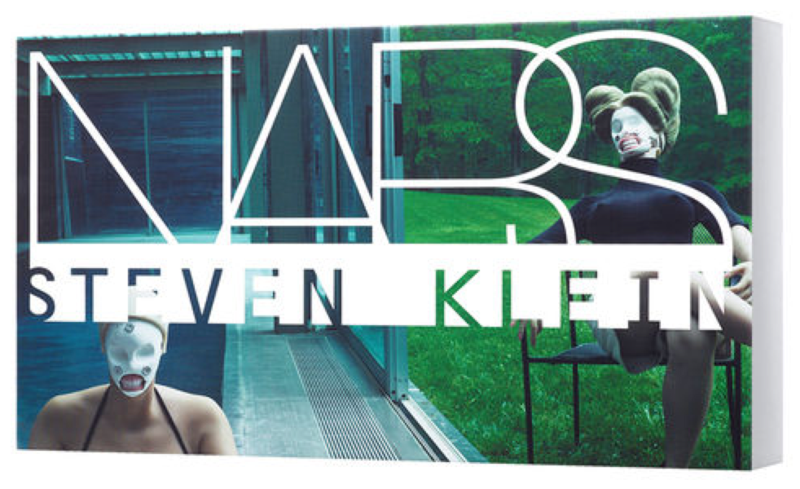 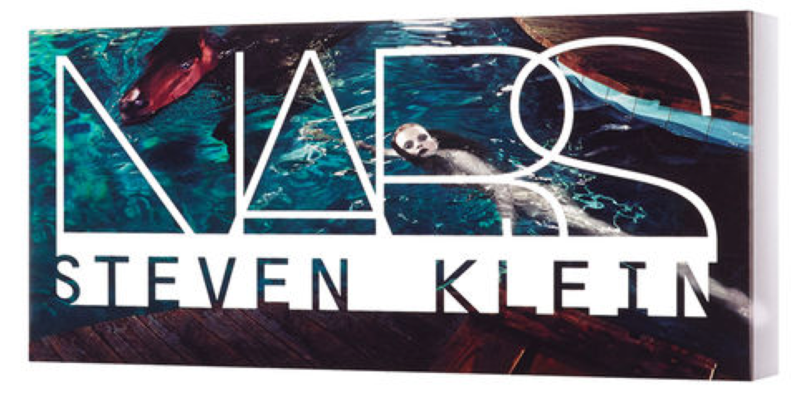 There was also the Abnormal Female set, which consists of several lip pencils in a bullet/lipstick hybrid shaped package.  I thought it would make a great display piece, plus I love the idea of lipstick as weapon - it's like a secret, albeit imaginary, way of feeling protected.  I was a little dismayed by Klein's description of the packaging, however: "It's inspired by a lighter I have, which is based on a bullet...I turned it over to François's team and said, 'Do this.' I use bullets and guns in lots of my pictures. And there’s such an interesting parallel between bullets and lipsticks—they have so many similar aspects but are so different. I thought it was interesting—the idea of violence meeting lipstick."  I prefer my interpretation - lipstick bullet as a sort of protective armor rather than a possible glorification of violence - and bought the set regardless.  But Klein's ideas should have tipped me off that something was askew, and I should have started my research way sooner...because in early December this happened. 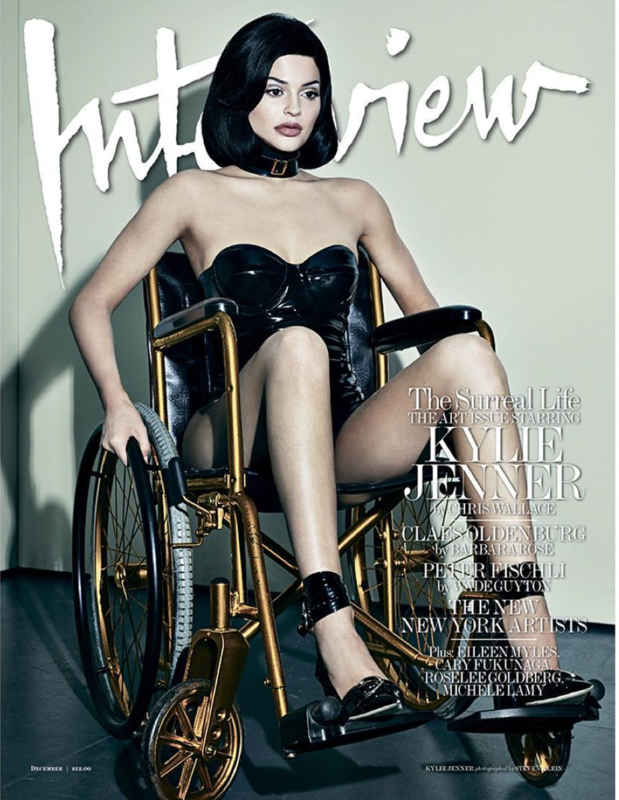 I had been reading about the backlash surrounding this photo on the many feminist blogs I follow and was pretty angry.  And as you can imagine, my heart sank when I realized this was the same photographer that Nars had collaborated with.  There are a lot of reasons why this is a truly offensive photo, and others have expressed why more eloquently than I ever could (click here and here for some great responses) so I will leave it at that.  At first I thought, well, maybe this is the first time Klein has done something like this and will apologize for an incredible lapse in judgement.  I mean, that doesn't make it right, but at least he'll acknowledge that he made a big mistake and won't do it again.  (He didn't, of course...and naturally Interview defended the photo and claimed that Klein was referencing British artist Allen Jones. Check out this piece as to why that's a problem in and of itself.) While I bought the Nars items well before the Interview cover was released, I still feel crappy for supporting Klein's work.  If I had just done my due diligence way back in October, I would have known that posing able-bodied models in wheelchairs is nothing new for Klein, and wouldn't have purchased anything. 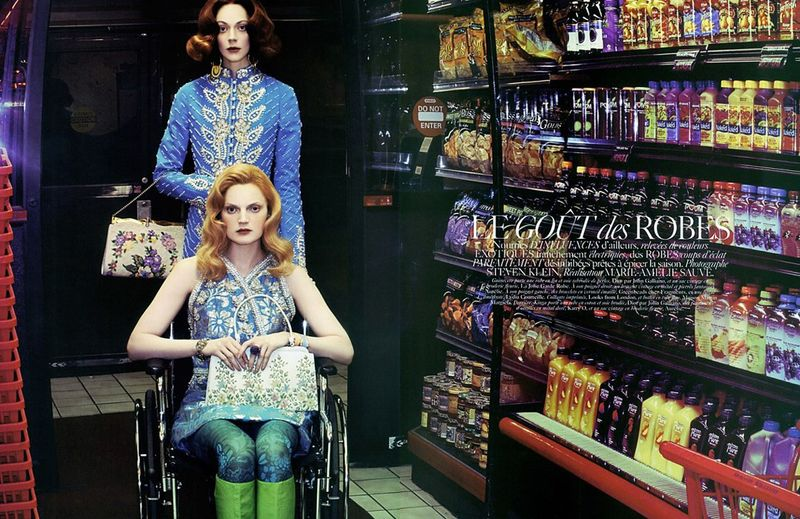 Plus, if Klein is doing this to make a stir, I can tell you that the shock value goes down considerably if you repeat the same setup.  So it's not even groundbreaking - just a tired old trope that's still insulting any way you slice it.  (As a side note, the first photo in the blog post where I found the image below also depicts a model in a wheelchair, and it was photographed by a designer whose makeup line I like - et tu, Tom Ford?) I also came across this little gem for another issue of Interview magazine, this time in 2012.  Way to fetishize mental illness!  There is still a huge stigma against people with mental health disorders, and to use their suffering as inspiration for fashion shoots is in such poor taste I can't believe anyone allowed it. Additionally, I wonder if Klein is aware of the haunting histories of certain mental health facilities, some of which abused/neglected patients and gave unscrupulous doctors free reign to torture them by using them as guinea pigs for painful experimental treatments.  Why you'd glamorize those histories is beyond me. 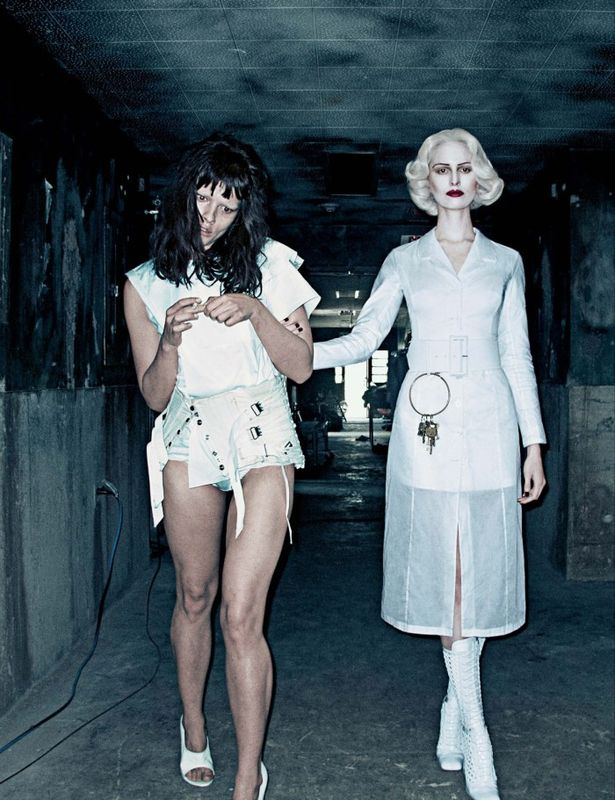 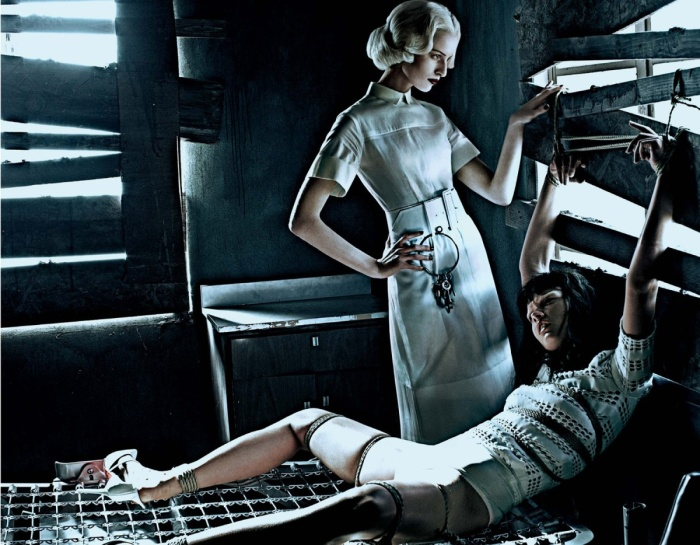 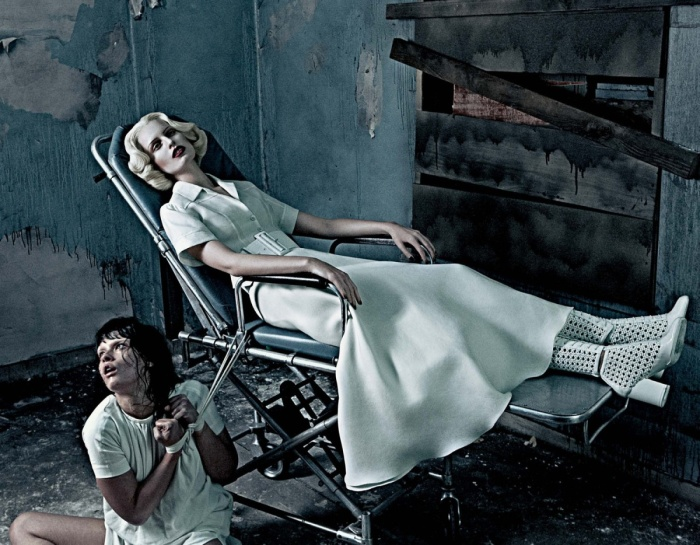 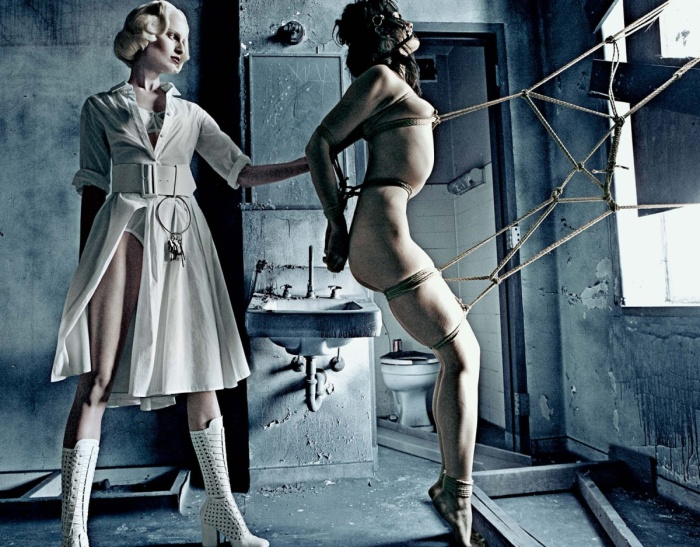 I also don't appreciate Interview's glossed-over description of the theme: "Strict institutional white is the new order this season. Clinically reserved and precisely tailored with maniacal attention to detail. Inspired by the legend of an actress who refused to conform through her descent into madness, Steven Klein conjures an imaginary tale of discipline, betrayal, will, and obsession."  Between this drivel and the wheelchair non-apology, I'm pretty sure I hate this publication even though I've never read a single article.

Getting back to the Nars collection, I can't for the life of me figure out why he went with such a vile photographer for a second time.  Nars told Allure that it was his "pure love and pure admiration for [Klein's] work," adding, "I love his dark side. I love his sophistication. I love his strength. His pictures definitely don’t leave you—they make you react. I love people who have extremely strong imaginations and don’t compromise. And Steven’s photographs are loaded with makeup. And looks. He’s not a photographer who shoots women with nothing on their face."  That's all well and good, but, newsflash, Francois:  you can collaborate with an artist who has a strong imagination and doesn't compromise and makes people react without being insulting, something I can prove in the new year when I unveil another series for the Museum.

This whole thing got me dreading a 2016 holiday collection.  Who's the next asshole photographer Nars is going to team up with next, Terry Richardson?  Unfortunately I think it's a possibility, based on what else Nars had to say to Allure:  “It’ll be for holiday 2016 and it will be with another photographer. Someone alive and really, really famous and iconic. That’s all I can say."  Fingers crossed it's not Richardson.  On the plus side, Nars added, "That will probably be the last photographer for a while, though. Then I want to move on to other artists.”  Hopefully he'll get back to the likes of Warhol.

TL;DR: I feel bad for buying stuff from this collection. To Steven Klein: fuck your ableist bullshit.  To Nars: shame on you for admiring this douchecanoe, let alone putting his images on your products.  It was highly disappointing that for 2 holiday collections Nars went with a photographer who believes that such derogatory imagery is edgy and cool.