Marcel Wanders for Cosme Decorte 2015: The Secret Nymph (and a special holiday surprise!)

For his holiday 2015 creation for Cosme Decorte, Marcel Wanders came up with another fairy-themed compact.  "The Secret Nymph" powder depicts what I'm assuming is a forest nymph, encased in a white case engraved with one of Wanders' floral patterns.  I like this one since the shape reminds me of a sunflower and those are my favorite flowers.  :)  And luckily enough, it popped up on Imomoko so I was actually able to own it!  This is the first Marcel Wanders Cosme Decorte piece I was able to buy so I was really happy to have at least one for the Museum. 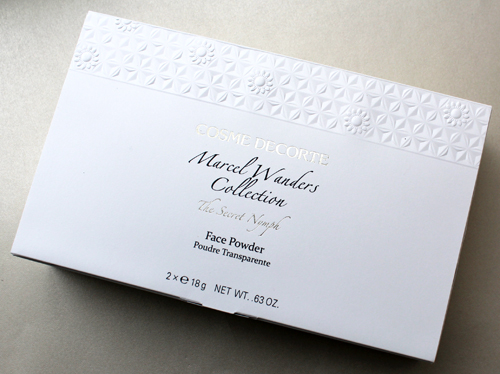 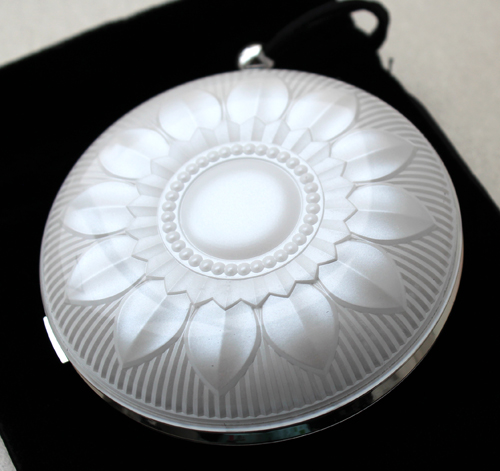 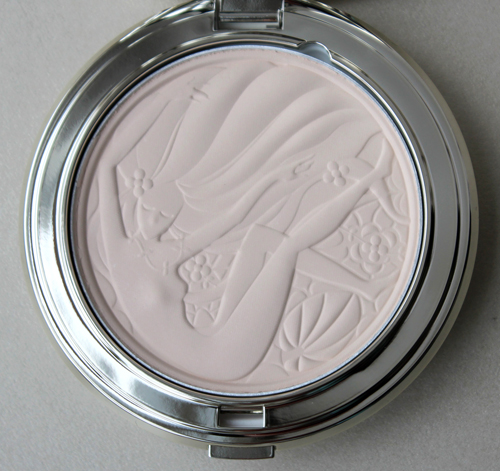 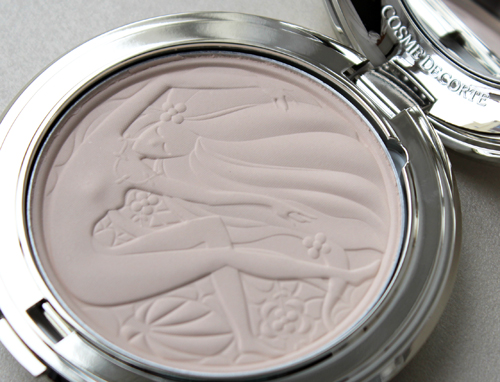 Alas, I was unable to translate the story from the Cosme Decorte website, and neither their Facebook pages nor the Marcel Wanders site had any information. Sigh. 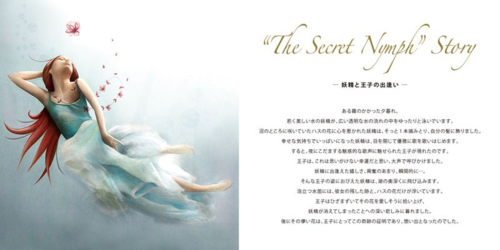 But there was this blurb on the inside of the box: 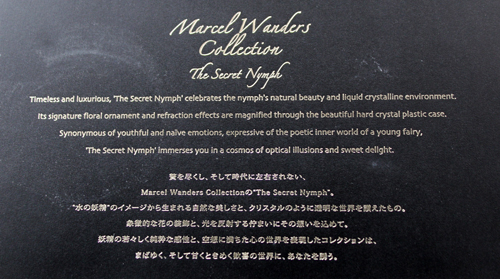 And this on the bottom of the compact: 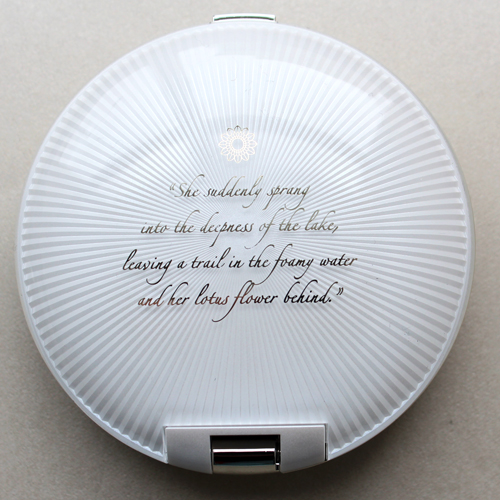 I tried to identify the flower in Wanders' other designs.  I found a couple that were similar but not identical. 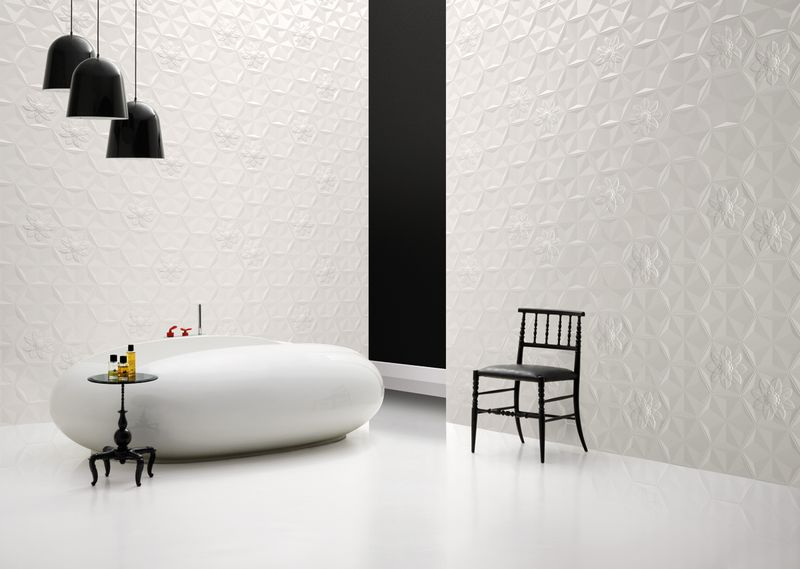 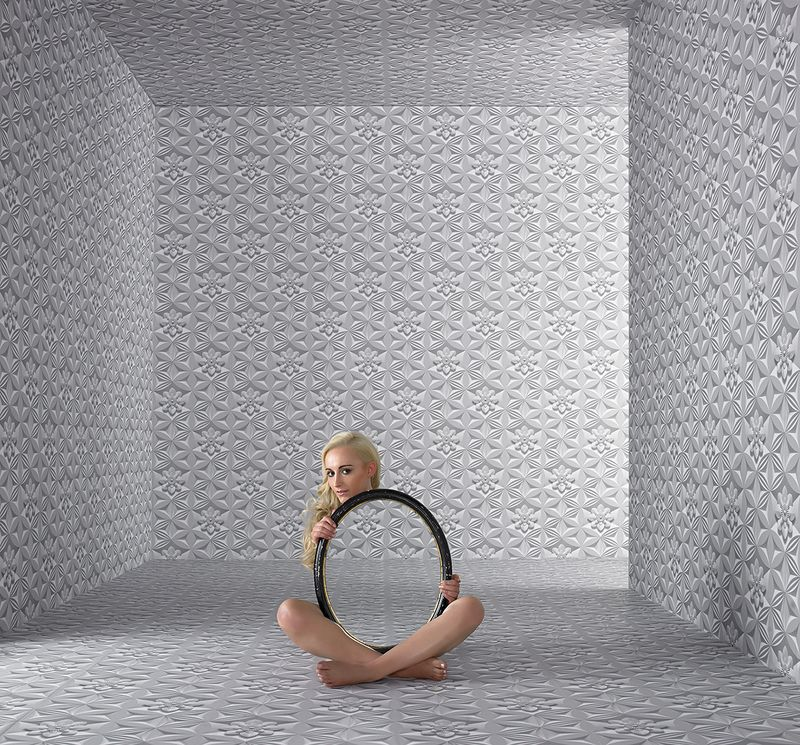 In any case, it's a nice compact, perhaps not my favorite of all the Wanders editions but I'm just so pleased I was able to get my hands on any of them!

Now, are you ready for a big surprise?  A while ago I had mentioned to the husband that the 2013 Cosme Decorte/Marcel Wanders piece had come up on Ebay and that I was tempted to get it, since you never see them.  A few weeks later I had totally forgotten about it with holiday shopping, etc...and then on Christmas morning I saw a mysterious box under the tree.  YASSSS!  The husband had remembered and purchased the bell for me.  And it's beautiful. 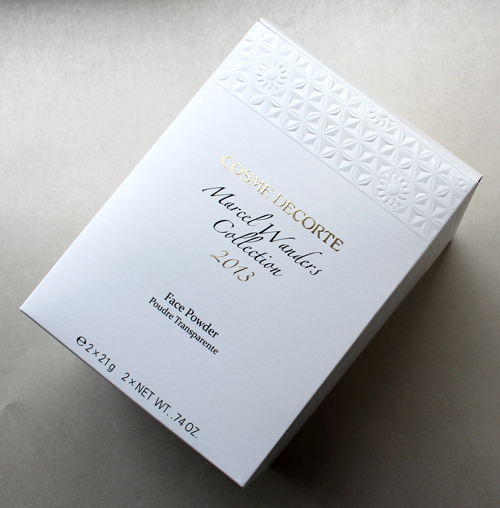 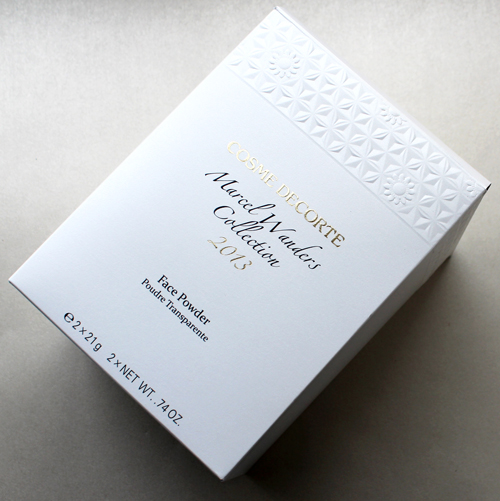 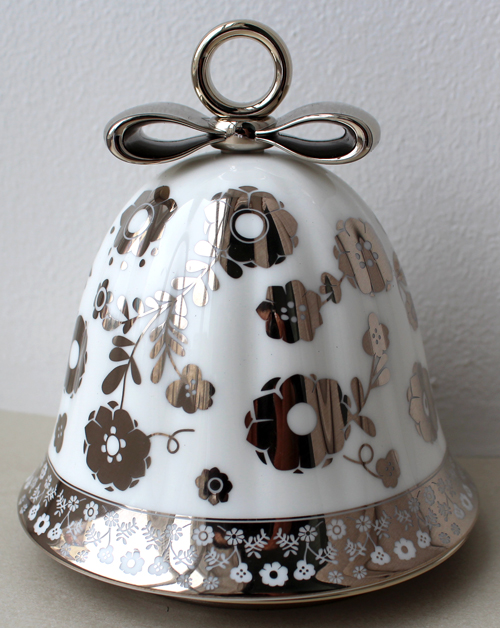 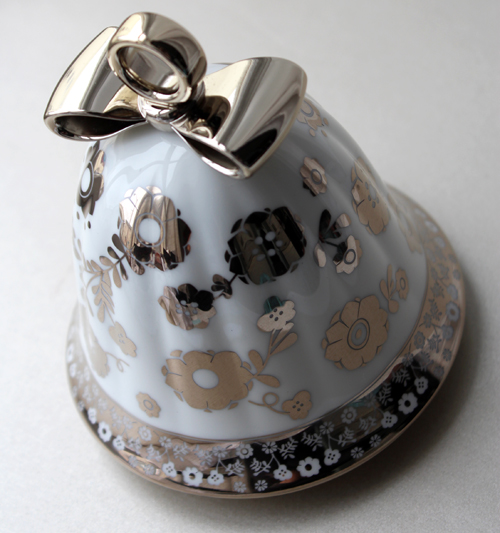 It really does produce a very soft ring, not the loud, obnoxious typical jingle bell sound. 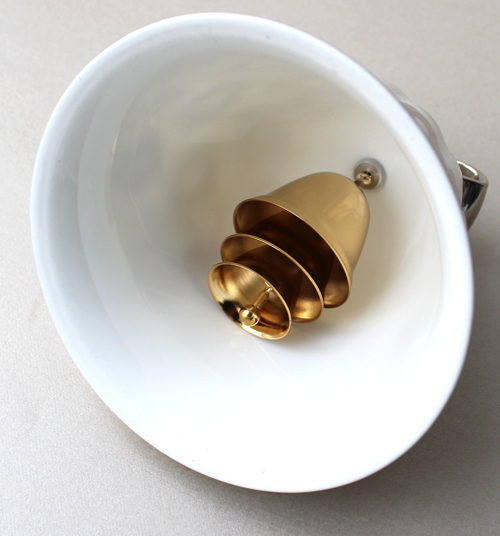 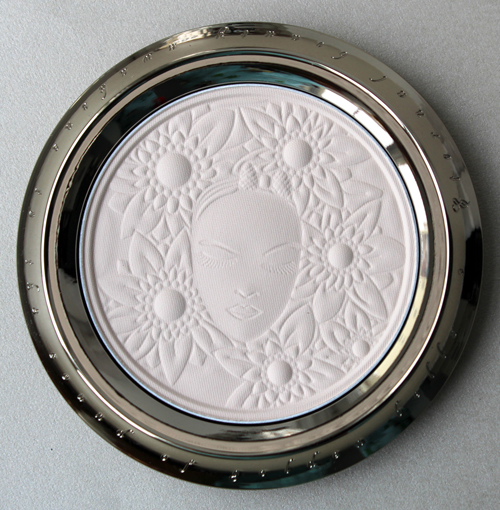 The engraving on the side of the compact reads "Eternal beauty awakens to the sound of golden bells."  You can read all about the story of this piece here.  Since I covered it previously, I won't rehash it now.  I have to say I like this bell a lot more than the 2015 Marcel Wanders creation.  It feels and looks much more luxurious, as the 2015 compact is made of clear plastic with the pattern underneath.  It's certainly not bad, but I don't think it's quite as expensive-looking as previous Cosme Decorte/Wanders releases, nearly all of which are rendered in metal (the one from last year is most likely white plastic, but it still looks more substantial than this year's case.) The bell in particular is so unique - between the fact that it's, you know, an actual ringing bell, something I've never seen in makeup packaging, and the engraving on the compact, I have an urge to put it in a glass jar and display it year-round.  I also like having the year printed on the outer box, which is missing on the 2015 one.  Nevertheless, what I love about these Wanders pieces is that each year they're different enough to be special, but they always bear a resemblance to each other.  If you look at all of them they make a rather cohesive collection, and Wanders' stamp is unmistakable.  Now I just need the 2011, 2012 and 2014 editions for the Museum. ;)

What do you think of these?