I spotted this crazy makeup set over at Musings of a Muse and immediately burst out laughing!  I don't know why but I found the notion of a palette and lipstick tucked away in a high-heeled shoe to be rather hilarious. 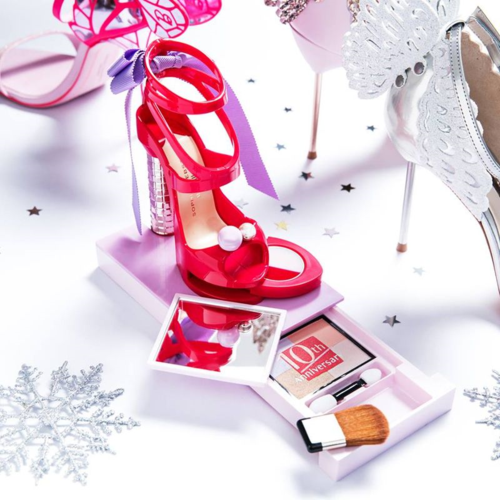 I can't believe the mirrored heel detaches to reveal a lipstick inside.  That's pretty next level since it makes for a unique heel but also a great lipstick case. 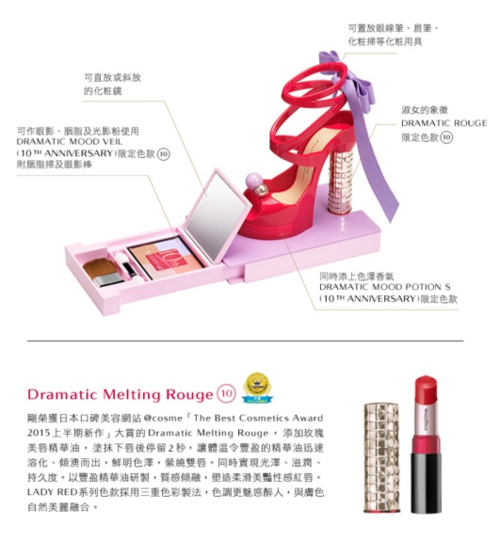 There is actually a story behind this bizarre creation.  British shoe designer Sophia Webster collaborated with Maquillage to celebrate the brand's 10th anniversary for their holiday collection.  You might know Webster from her playful (and in some cases, completely impractical) shoe designs, particularly the famous Evangeline winged heels, which you get a glimpse of in the Maquillage promo. 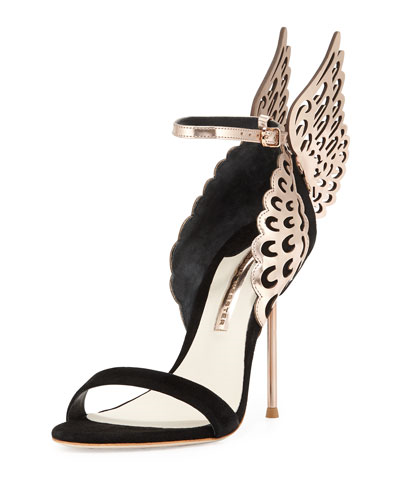 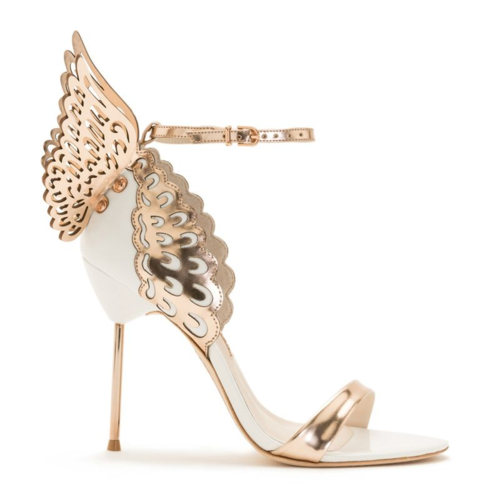 I have to admit, I wouldn't mind owning these in silver. 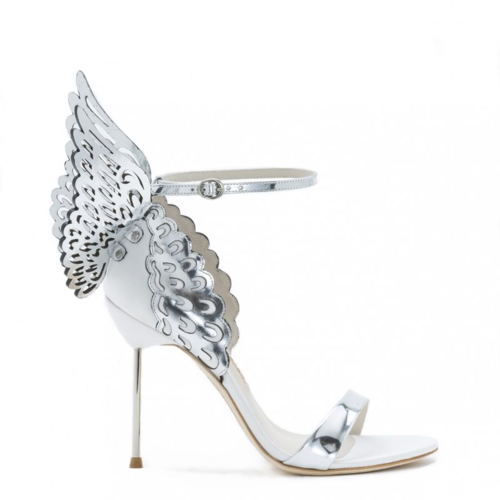 Her designs remind me quite a bit of Charlotte Olympia's in that they're both more strange yet fun art objects rather than shoes.  I'd have significant trouble figuring out how to wear some of Webster's styles. 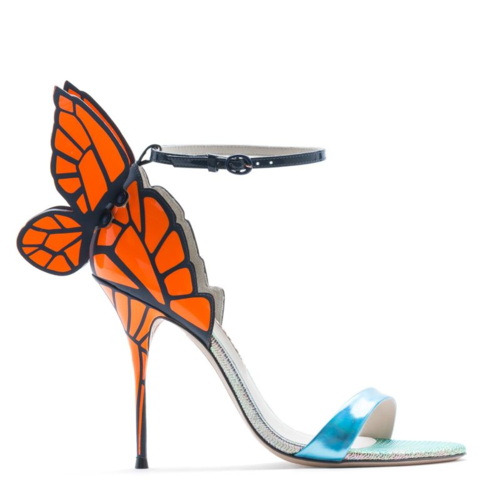 Except for these, from the spring/summer 2014 collection - every '90s woman NEEDS these in her shoe wardrobe, especially me since it's one of my favorite songs from the decade.  Too bad I had no idea they existed and now they're gone. 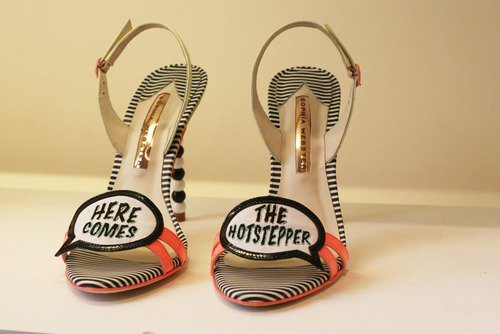 Anyway,  I couldn't identify the shoe that the Maquillage palette is based on.  It looks sort of similar to the Amanda style, but it's not an exact match. 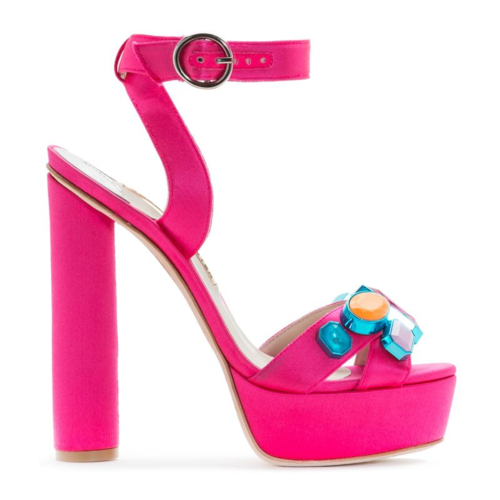 The slide-out palette in the toe of the Maquillage shoe looks a little childish (sort of reminds me of Polly Pockets) but the overall piece is just so weird and goofy I can't help but smile when I see it.  Plus, obviously it would make a great display item for the Museum.  Therefore I think I may have to order it shortly.  ;)

What do you think of Webster's style and the Maquillage design?