I meant to snap up the Snow Beauty powder from Shiseido's Maquillage line when it was released for the 2014 holiday season, then ended up completely dropping the ball.  This year when I saw the powder was returning I was determined not to miss out.  (You can see a full review of the 2014 powder over at the excellent Silverkis' World).  While the 2015 powder is similar to last year's, there are a couple of additional touches that, in my opinion, make it even prettier.  The Snow Beauty powders have a different design each year centered on "moments of beautiful snow" taken from all over the globe.  This year's theme is Night Snow Flower, which features "snow flowers dancing in the sky of Nordic Finland" and is based on the 24-hour period of darkness that occurs once a year:  "This city has a night called Polar Night where the sun does not rise all day.  A moment of magical snow flowers illuminating the deepest night sky is captured in the compact."  I'm not sure whether the description meant "country" and not "city", as Finland is a country, but at least there was an attempt to describe the inspiration behind the pattern.  Or perhaps the "city" is in fact Helsinki, since it's referenced in the short film Shiseido created to go along with the compact's release.  (Alas, I couldn't fully understand it since it's in Japanese, and Google Translate was, once again, no help when I plugged in the film's description...something about an abominable snowman?!) 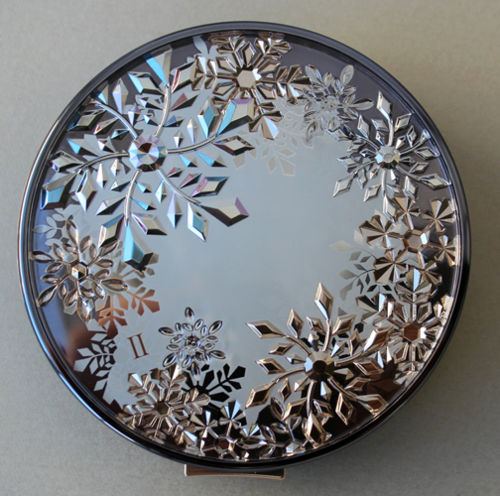 I know the outer casing is plastic but the rest of the compact is metal, so it's a nice substantial weight that doesn't feel or look cheap.  The snowflake pattern is just lovely and the large snowflake at the top has a subtle aurora borealis finish that catches the light beautifully.  It also reminds me of Dior's Cristal Boreal pendant from 2009. 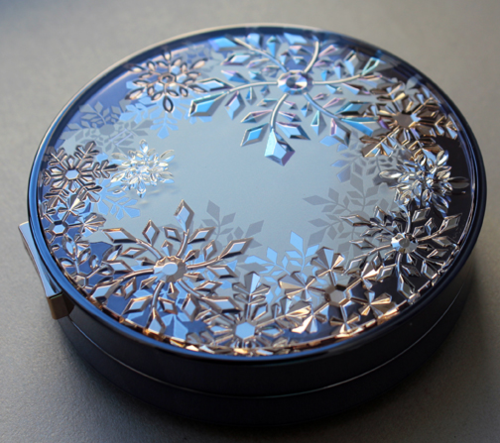 The puff is adorned with a cute little golden snowflake. 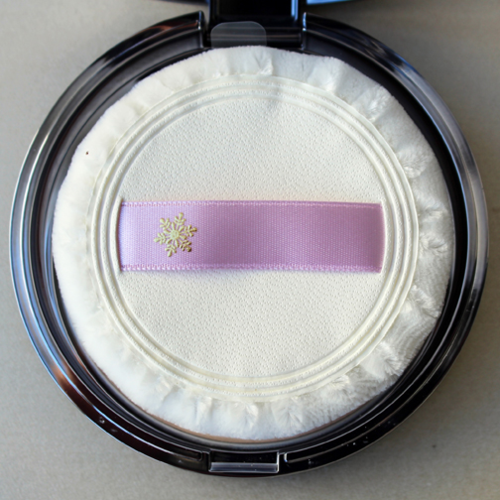 Whereas last year's Snow Beauty only had the Maquillage name engraved in the powder, this year's version spells out the product name with a smattering of snowflakes. 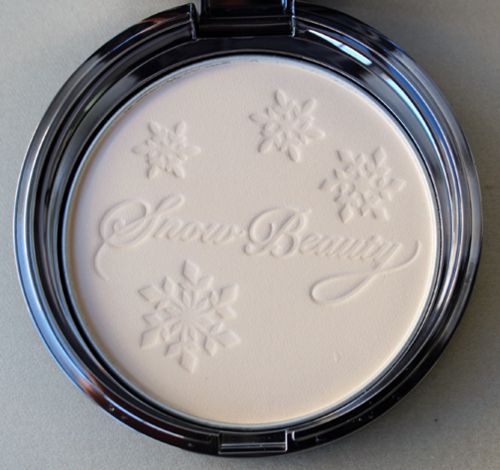 All in all, a great addition to the holiday exhibition lineup.  :)  What do you think?  And can you help me figure out what the film was about?