I feel like I didn't do quite as much damage as usual this season.  I had a sizable haul to be sure, but I don't think it was quite as outrageous as some others.  At least, that's what I'm telling myself.  Anyway, I haven't tested out everything but the things I have tried I'm greatly enjoying.

Currently I'm wearing Essie In the Lobby (plum creme) on my toes and Chanel Fortissimo on my fingers. Fortissimo is Chanel Blue Satin's slightly lighter sister - it doesn't read nearly as dark as Blue Satin, which looks almost black, but the subtle metallic shimmer is the same in both.  I am incredibly impressed with Benefit's Air Patrol, which may be the product that finally lures me away from my trusty Urban Decay Primer Potion.  Air Patrol does a better job covering up the significant discoloration of my eyelids, and I feel like my shadow actually goes on a little more smoothly.  MAC's 196 brush is performing well too.  I'm not sure whether I like it more than Shiseido's or Dior's foundation brushes - I feel like I have to use a lot more pressure with the 196 to get my foundation to be seamless - but it's definitely better than many foundation brushes I've tried.  The only product I'm having trouble with so far is the Estée Lauder Little Black Liner, but honestly, it's probably due to user error, i.e. so-called "foolproof" liquid eyeliners are still no match for my clumsy hands.  I also suspect my eye shape simply doesn't lend itself to cat eyes, which is a shame as I love that look. 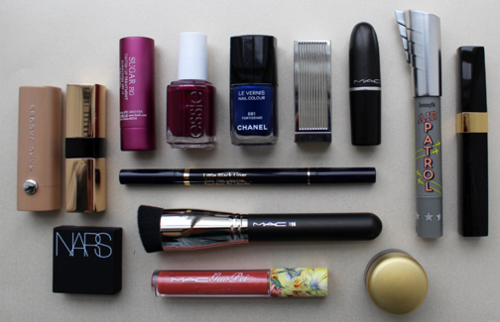 Here's a closer look at MAC Guo Pei fluidline in Palm Tree, which I haven't gotten around to trying, and NARS Pasiphae eye shadow.  I did play with it last week and it's amazing - very soft and pigmented with a subtle duochrome effect. And I just realized I totally spaced on including this quad in the main haul pic, but of course I had to pick up Chanel's Tisse D'Automne since I cannot resist greens in the fall.  I also have yet to try the shimmery mascara top coat in Jazzy Blue that I purchased, but I bet it's good.  I loved Bronze Platine from Chanel's holiday 2013 collection so I'm guessing this will be equally fun. 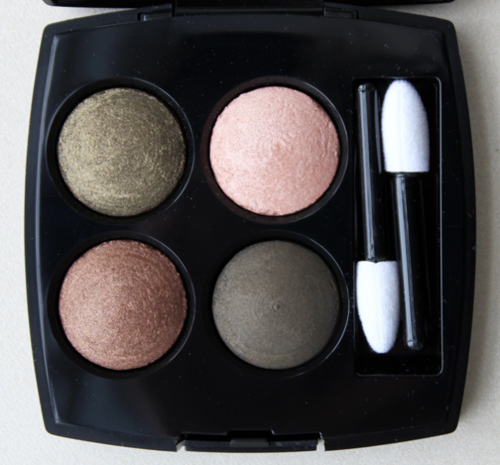 And now for the lip products.  Left to right:  Bobbi Brown Parisian Red, MAC Self-Aware, Marc Jacobs Anais, Lipstick Queen Stella, and Fresh Sugar Balm in Fig.  I haven't tried any of these except for Stella, and I love it.  I don't know why but violet lips are my obsession this fall (in addition to my usual green shadow obsession).  Stella hits the mark in that it's not too dark and surprisingly not weird/costume-y.  It's bold but wearable.  I have a feeling I will be picking up more violet shades to compare. 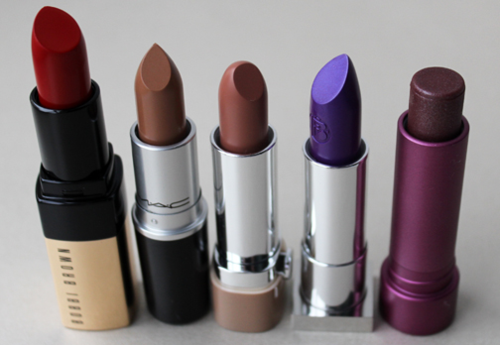 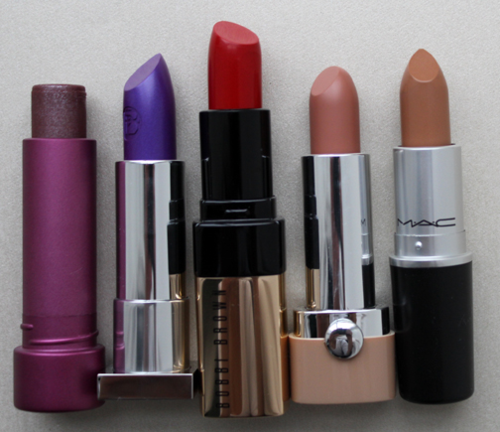 Sadly I seemed to have lost the MAC Guo Pei Cremesheen lip gloss in Bright Pink Bouquet.  I have turned my place upside down looking for it.  I guess it's a clear sign that I have too much makeup.  Who am I kidding, you can never have too much!  I just need to be more organized.  :)

What did you haul this season?  Any new loves or duds?