I'm adding these Dior items to my list of ones that got away.  A few months ago Chic Profile featured these two blushes, which apparently were available at select Dior boutiques in the U.S.  I didn't think they were worth tracking down until I started digging a bit based on the information provided at Chic Profile. 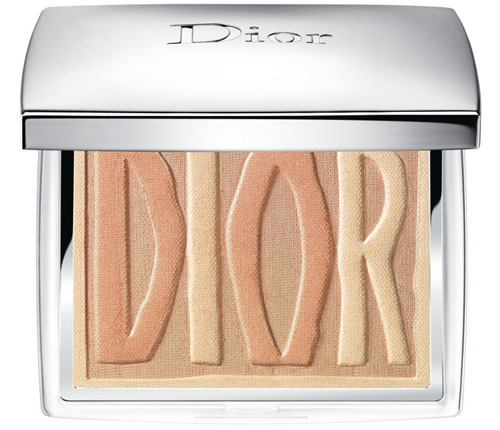 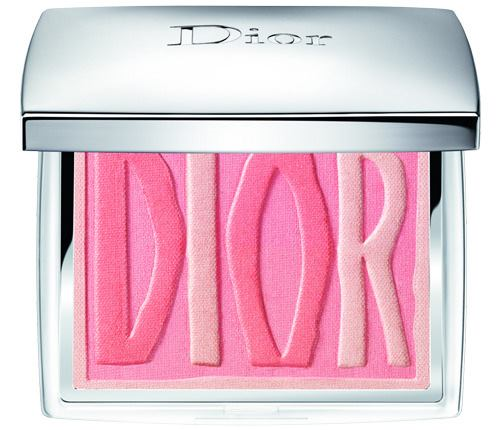 Today we know Miss Dior as one of the fragrances from the couture house, but in the early 1960s a line of ready-to-wear hats was launched with the Miss Dior name.  Then in September of 1967 Dior introduced another ready-to-wear line, also called Miss Dior.  From Vintage Fashion Guild:  "The Miss Dior line was launched in September 1967 and was a less expensive ready-to-wear line made to appeal to a younger customer.  The Miss Dior store was located on Rue Francois Premier, next door to the Dior couture house. For the first three years the Miss Dior line was sold in stores throughout France, but was not exported, so as not to compete with the Dior-New York label. It became available in the US in December 1970 and was an immediate success. The line was designed by Philippe Guiborge, who also designed the Dior Boutique line and was assistant to Marc Bohan in the couture house."  I also found this Telegraph article dated January 6, 1967 announcing the line. 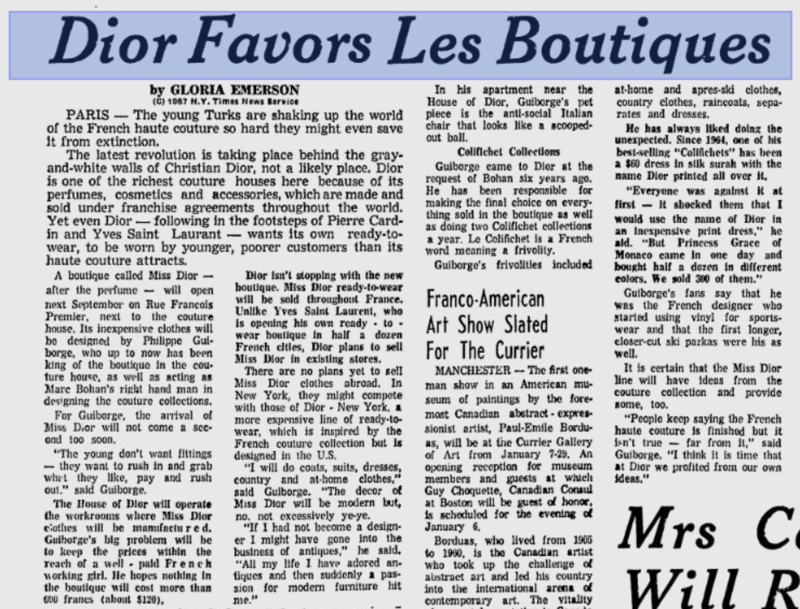 The letters in the new blushes are rendered in the same style as the Miss Dior tags.  Some examples of Miss Dior styles and their respective tags: 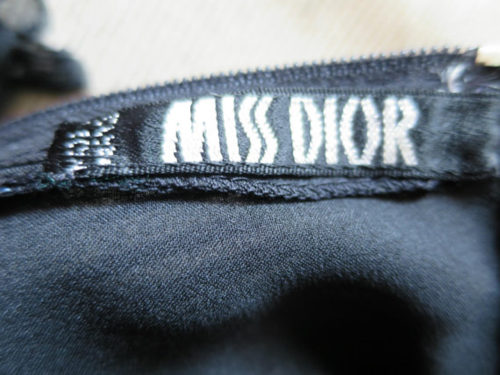 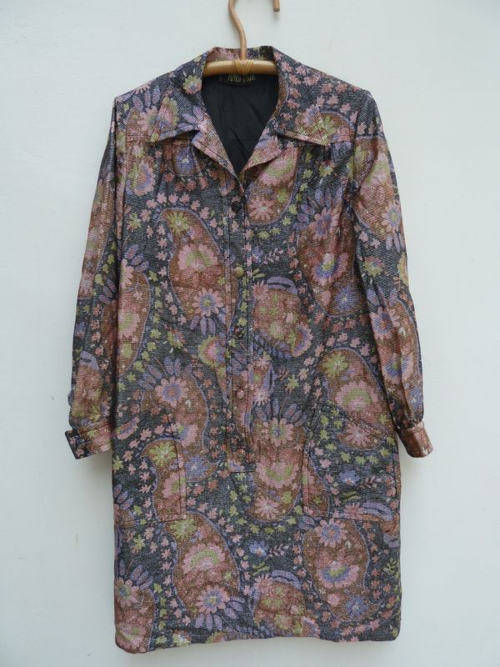 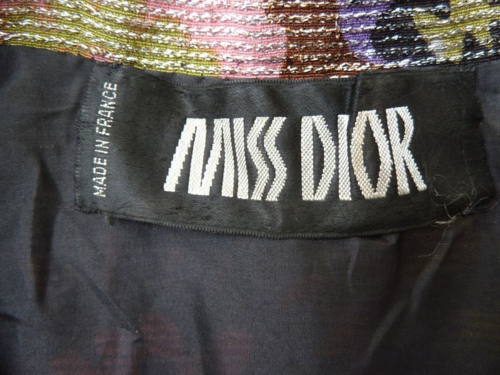 The same font was also used by famed illustrator René Gruau in some Miss Dior ads.  I wonder if the actual shopping bags looked like they do in these ads or whether it was Gruau's own creation.  Unfortunately I was unable to find any photos of real-life Miss Dior shopping bags. 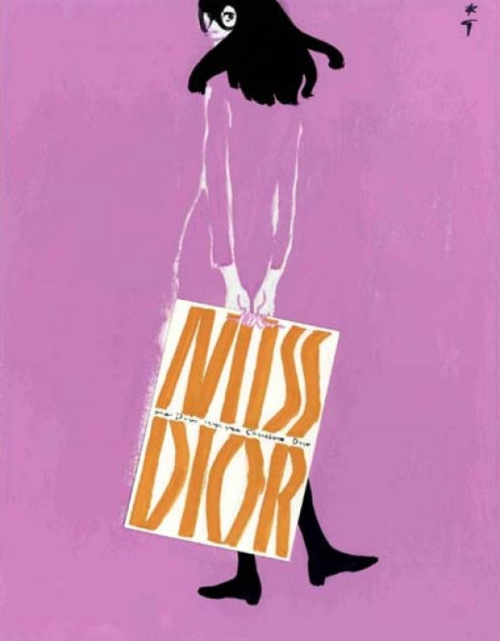 As for more examples of Miss Dior clothing, they were few and far between.  I managed to scrounge up this 1970 ad. 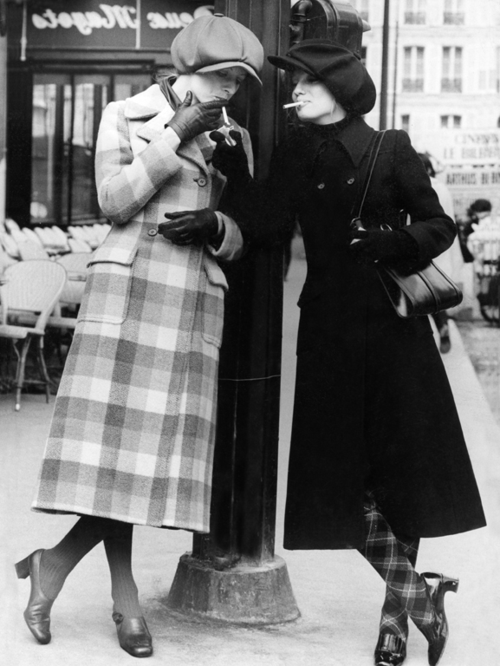 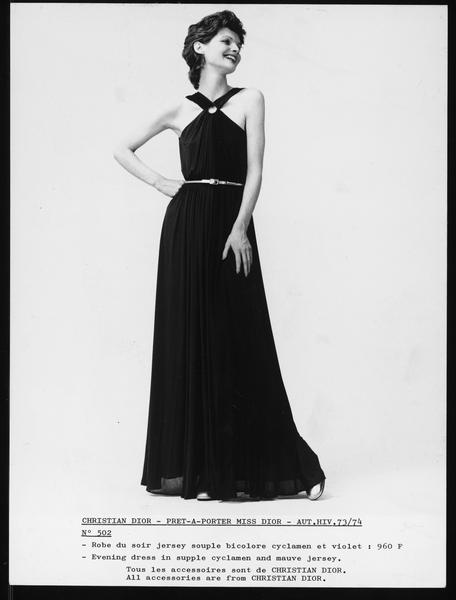 In any case, the scant number of photos I was able to find was enough for me to want to procure the Miss Dior blushes for the Museum.  I do find it strange that Dior is releasing these in 2015, as I think 2017 might have been a more appropriate date given that it would be the 50th anniversary of the launch of the Miss Dior line, but nevertheless the blushes represent a nod to another piece of the house's history.