Makeup in NY - The Art of Beauty exhibition recap

For the third year in a row I managed to get myself up to NYC to go to the Makeup in NY show, which usually features an exhilarating exhibition of vintage beauty items (see recaps from 2013 and 2014).  I wish I could say I had a great time, but truthfully, it was not the best trip.  This year the show moved to a very convenient location right across from Penn Station, but it also switched dates - normally the show is towards the end of September, but this year it was the second week of the month, which is horrible for me work-wise as we always have a big quarterly meeting then.  Tuesday of that week was spent running around like mad trying to get 2 days of meeting prep condensed into one day due to Labor Day, then Wednesday was the meeting, so Thursday was the only day I could make it to New York.  I got to the train station only to find the train was a half hour late, then it proceeded to break down completely in NJ, so I arrived in Manhattan an hour later than expected.  I also managed to miss meeting up with the fabulous Meli of Wild Beauty, who happened to be at the show almost at the same time!  If I hadn't been so late I may have been able to meet up, but by the time I got there I basically had to make a quick pass through the show and then immediately head back to the train station to get home.  Oh, and the train also got held up in NJ on the way back, so I was an hour late coming home as well.  So after two hellish days of work and all the train issues, overall I was not pleased, but at least I got there!

Anyway, onto the show.  Compared to the past 2 years it was very small.  There were only about 10 cases total.  I'd estimate that the amount of items was about half of what it's been for the past couple of years, which was a bit disappointing, especially given how annoyed I was by then from dealing with stupid Amtrak.  However, I did get quite the surprise which totally made up for everything - keep reading to see what it was. ;) 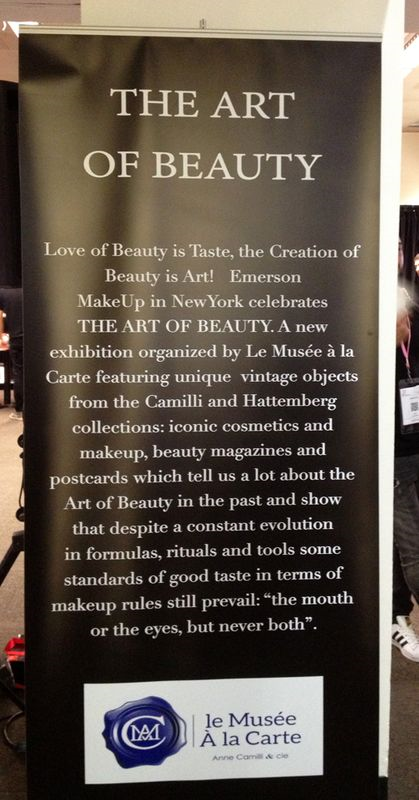 There was a neat old book listing the types of packaging for various cosmetic items (or "toilet paints"). 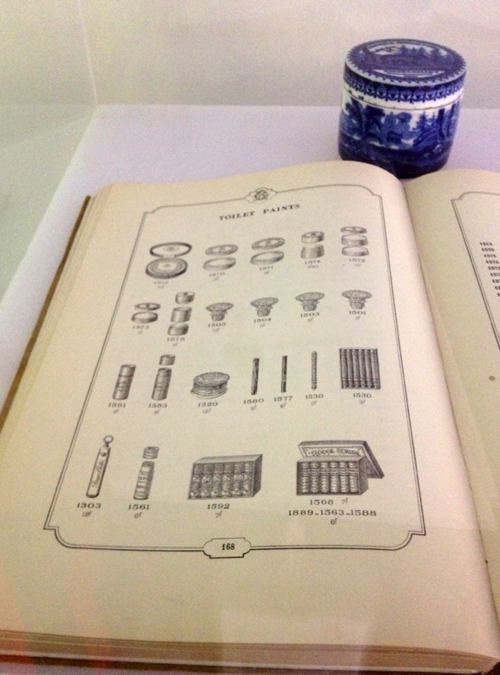 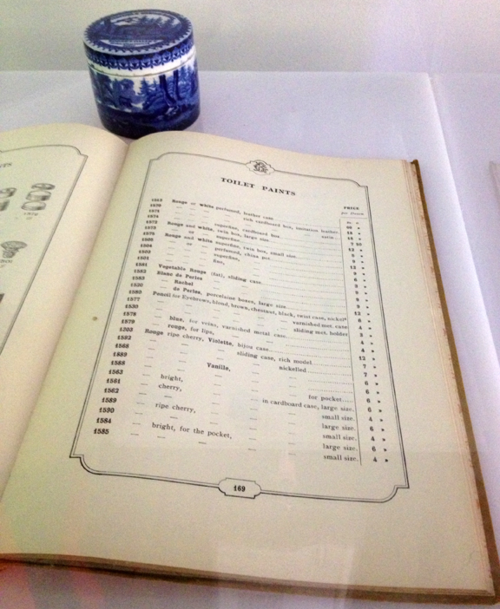 Vintage compacts are great, but boy do I love the graphics on old powder boxes. 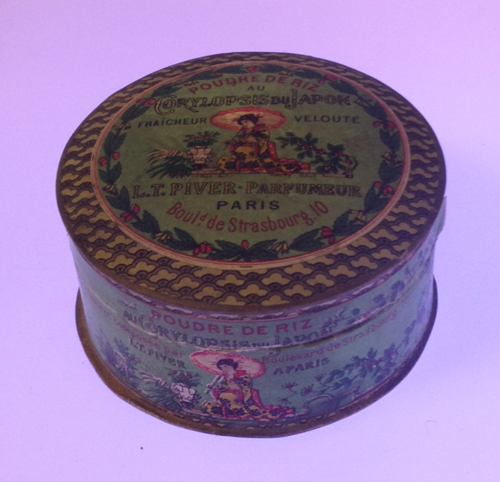 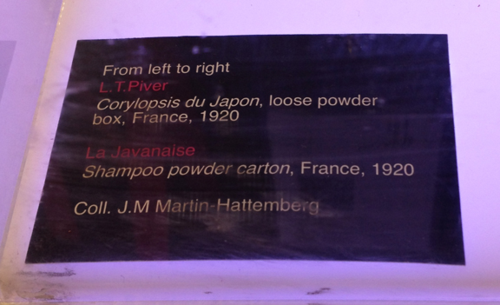 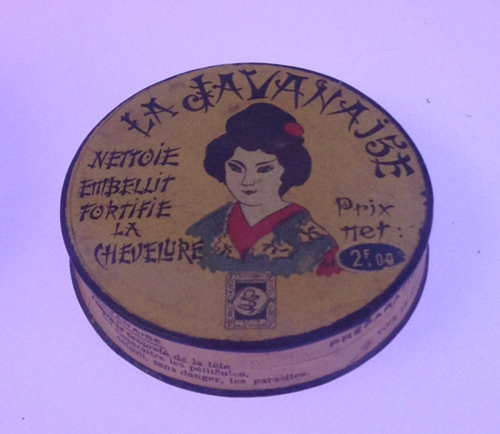 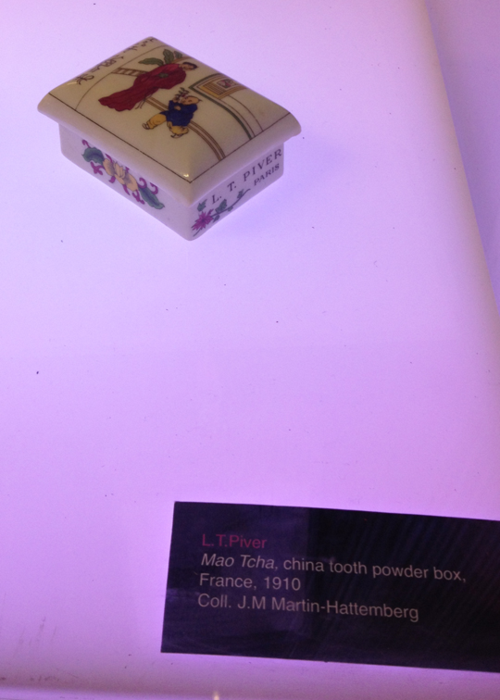 How ridiculously cute is this soap container?! 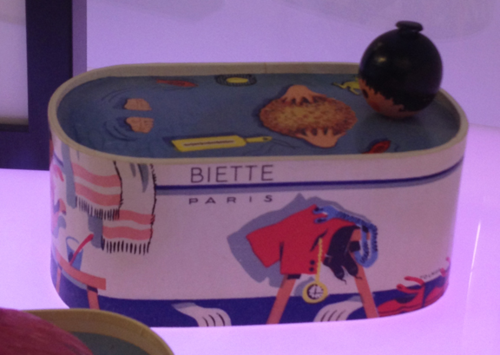 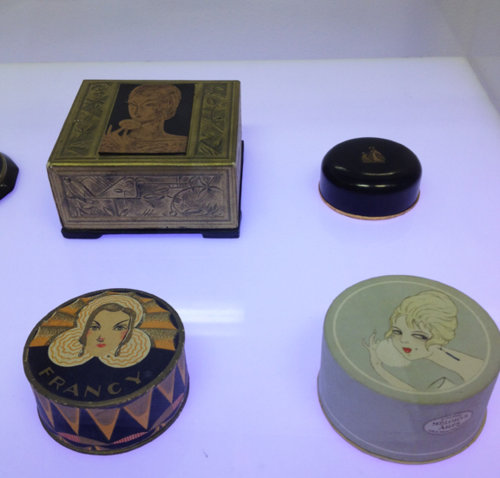 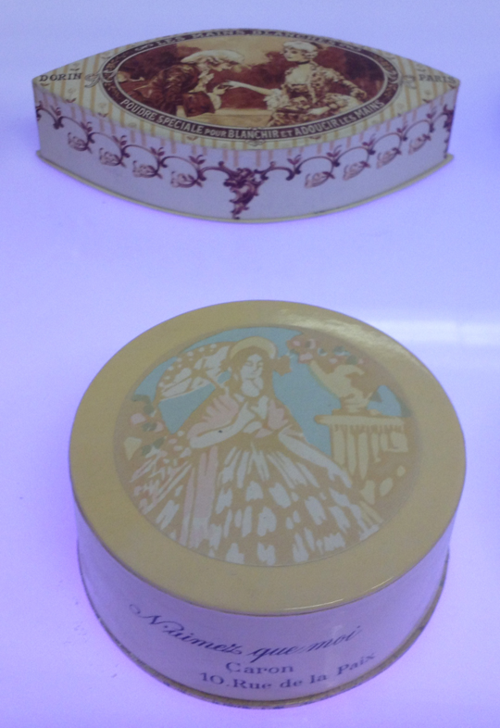 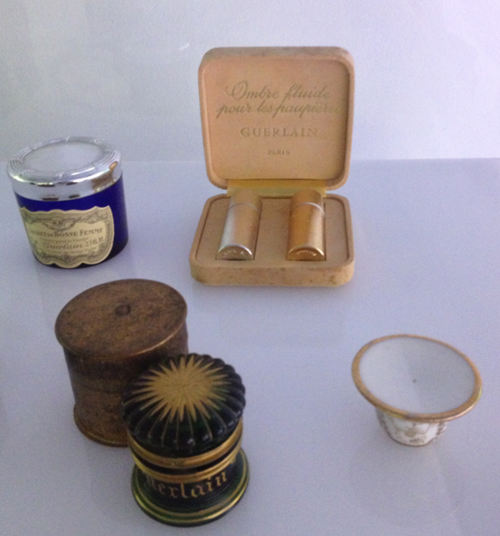 Stendhal - I don't know much about this brand but the packaging sure was fancy. 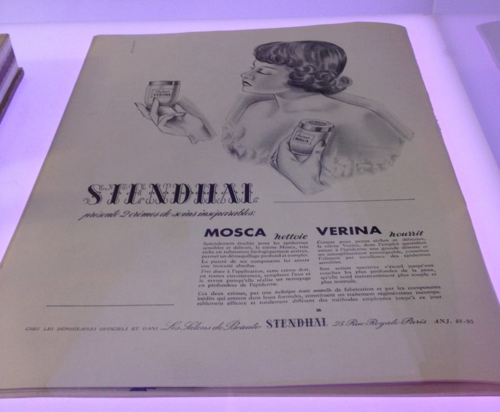 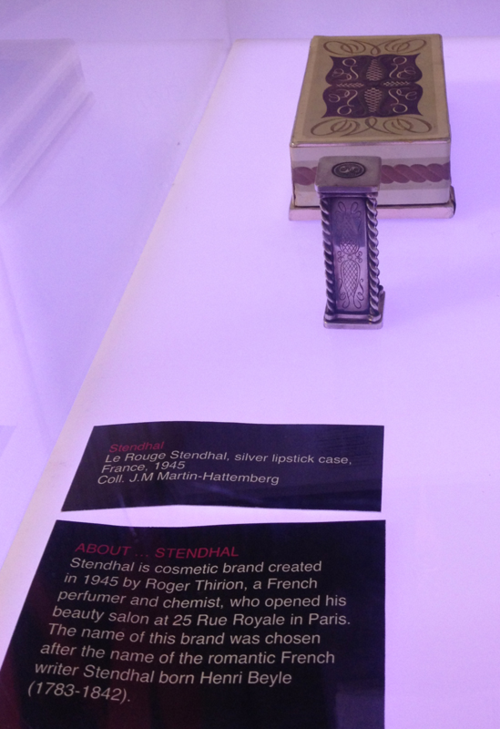 As I noted in my recap of last year's exhibition, I was a little taken aback that celebrities had their own beauty lines back then.  This Josephine Baker stuff is crazy, no? 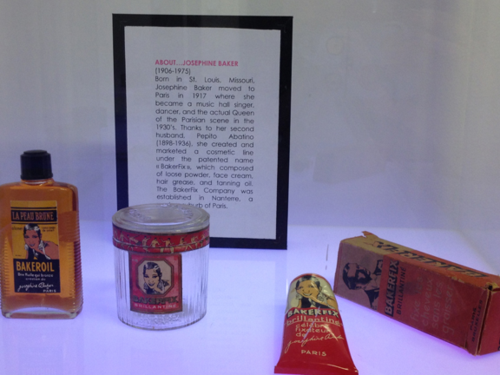 Now for the surprise that made the annoying trip completely worth it. I MET Jean-Marie Martin Hattemberg.  Like, I actually talked to him!!  I noticed a well-groomed man wearing a pretty spiffy shirt and a tie with a print of pairs of lips sitting at a table at the entrance to the exhibition.  The table had copies of the Ode to the Complexion book that I've been trying to track down, so I asked to buy a copy.  He smiled and started writing in it.  At first I was puzzled, then it dawned on me that it was HIM!!  I couldn't believe I was meeting the man behind these exhibitions, whose exquisite collection has traveled the world and that I've been admiring for years. 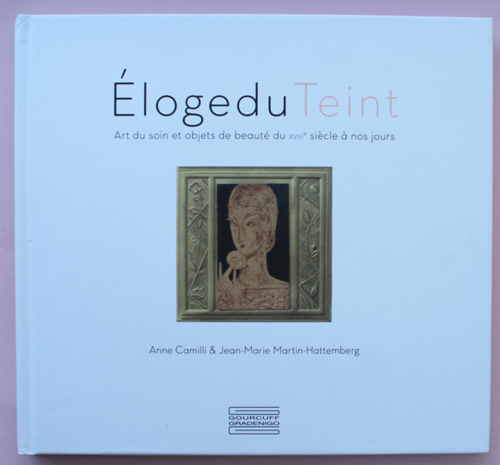 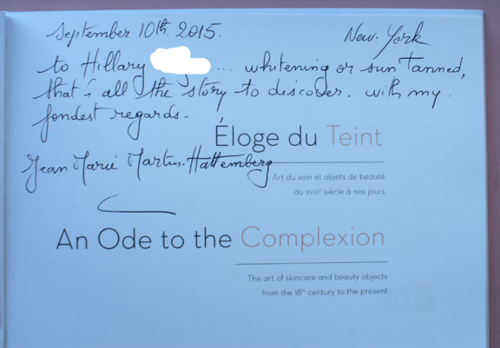 Not only did he write a lovely inscription in the book, he asked for my mailing address so he could send me auction catalogs containing vintage items.  And he told me I should become a member of the International Perfume Bottle Association, as they include vintage powder boxes, compacts and lipsticks - I had no idea!  He also suggested coming to their convention in Portland next April since they have tons of things available for sale.  We swapped business cards and I told him a bit about the Makeup Museum...I think he thought I was a dope.  I also really wanted to ask for a selfie with him - I felt like I was with a celebrity - but the conversation was already so awkward (thank you, crippling social anxiety) that I didn't.  Plus he was gracious enough to autograph my book and chat with me a little so I didn't want to push my luck and bother him more than I already had.

After going through the exhibition I went upstairs to check out some of the booths.  I have to say that while the Penn Plaza Pavilion was certainly convenient if you were coming from Penn Station, it was really cramped compared to the previous location, plus the air conditioning wasn't working very well so it was fairly stuffy.  Rumor has it the show will move again next year, so I guess they received some negative feedback on the location.  Anyway, I had to move quickly so I couldn't take a lot of photos.  This creepy face chair got my attention though. 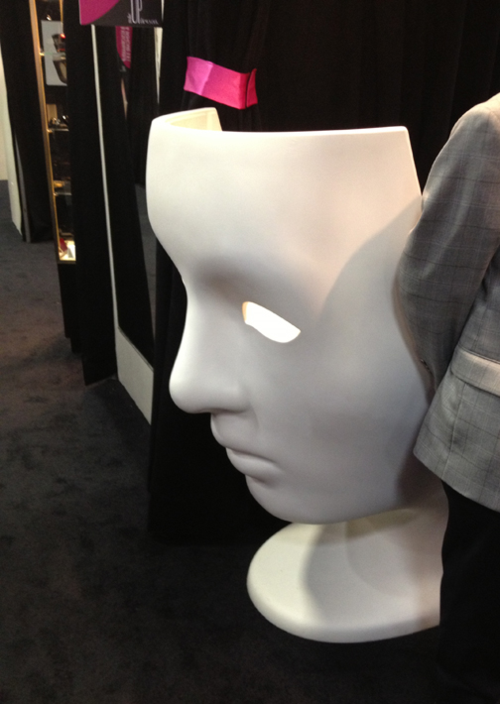 As did these oversize mascara wands - I would totally use these as decor in the Museum!!  I almost burst out laughing when I saw them...they reminded me of something out of Pee Wee's Big Adventure (or, if you prefer, the giant underwear bit.) 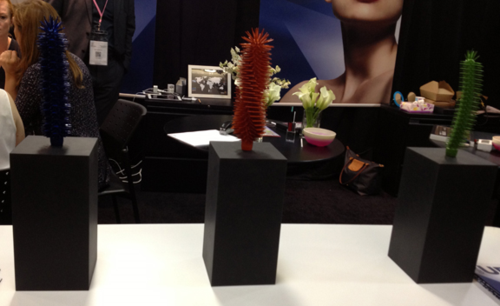 So that was my trip to the Makeup in NY show.  Not as enjoyable as years past, but meeting Mr. Hattemberg was so worth it (although sadly, I have not heard anything from him since.)

I wonder what the exhibition will be next year...can't wait!  Hopefully I will have an easier time getting there and back.  :)

Posted at 12:59 PM in Exhibitions and museums, Vintage | Permalink | 0 comments