Today I'm playing detective to decipher who's behind the packaging of a couple recent releases.  First, I spotted these two Urban Decay palettes at Chic Profile over the summer.  They are exclusive to the French Sephora website and bear the tag of "Pboy", ostensibly the graffiti artist who created the designs. 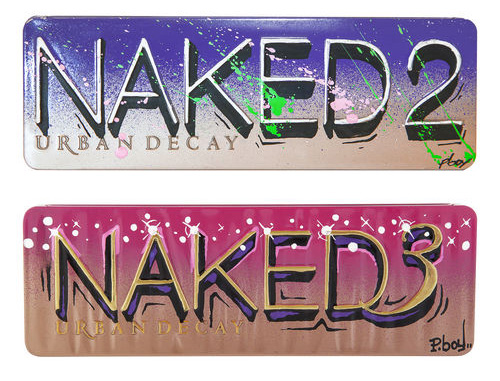 I searched high and low but could find zero information on this artist.  (There is a group of graffiti artists collectively called Poster Boy, but given their anti-consumerist agenda and their collage style I highly doubt they lent their work to Urban Decay.)  I've emailed the company and if they provide any info I will update.

The other designs I was curious about come from Laura Mercier.  Several recently released items - the Flawless Contour palette, the Candleglow palette and the Reflections of Hope mirror - all have the same illustration style.  The windows of Laura Mercier's boutique in Paris are also decorated with these sorts of designs. 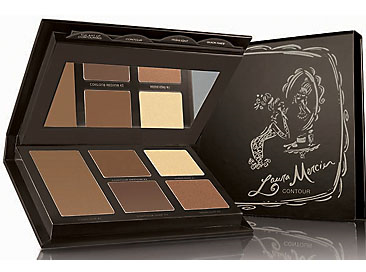 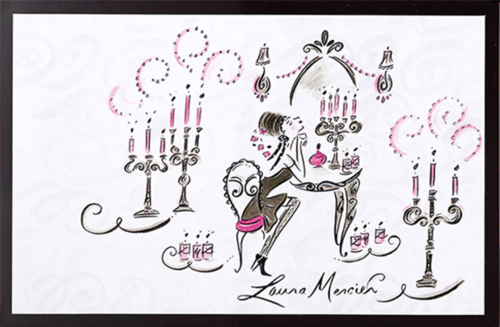 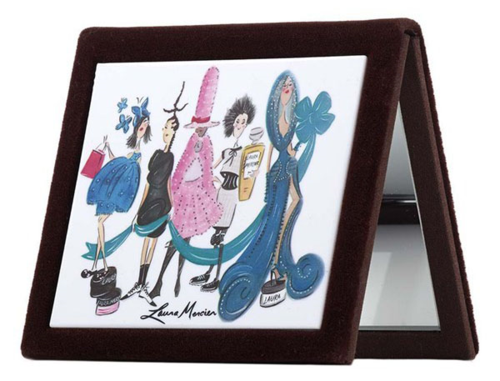 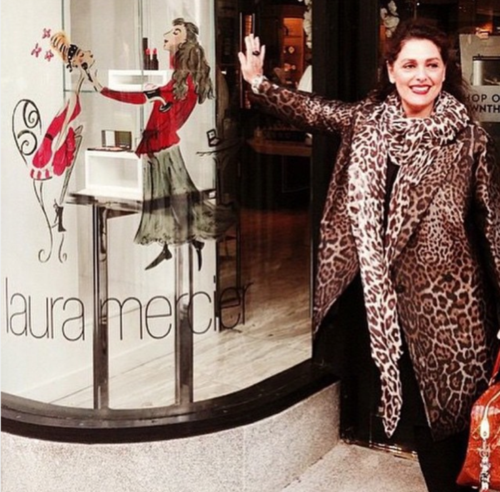 At first I thought the artist might be Izak Zenou, who, in addition to illustrating a Sephora collection, also did the illustrations for Laura Mercier's book.  But his signature was nowhere to be found on any of the designs for these more recent palettes.  Actually, there's no signature at all.  I decided to watch this video I found on the company's Facebook page to see if it could provide any clues.

And it did!  Look at the lower right at the 1:30 mark, the word "Chesley" appears.  One quick Google search yielded the full name.  According to her website, NYC-based Chesley McLaren is obsessed with anything French, earning her the nickname of "the French illustrator in New York".  She has done illustrations for the likes of Chanel, Louis Vuitton, Henri Bendel as well as a campaign for Bloomingdales called Vive La France.  So it's quite appropriate that she's been partnering with Laura Mercier.  I do wonder though why none of her work, save for the video above, bears her signature.  Anyway, I'm still debating whether to get any of these latest Laura Mercier items for the Museum.  They're cute but I don't know if they're a necessity.

Do you like figuring out packaging mysteries?  And if anyone knows anything about the graffiti artist for Urban Decay, do let me know!