I outdid myself yet again this season, oops.  Most of the damage was done online, but the husband and I took a trip up to NYC to escape what was going to be a very noisy 4th of July weekend in our neighborhood, and I bought some more things there.

It was so nice to play at the Armani counter since the closest one to us is in Virginia and I never get a chance to see anything in person.  I got an eye tint (#12, a very nice neutral) and Fluid Sheers in 5 and 6.  I have no idea why but I didn't realize there were some pigmented Fluid Sheers that could be used as blushes - I thought they were only highlighters.  I also picked up a Troy Surratt powder brush and it's seriously the softest brush I've ever had.  I thought Trish McEvoy had soft brushes but this one blows them away.  I now want the blush brush too.  I got the powder brush and the Armani stuff at Barney's.  The Armani counter manager there, Judy, was super nice and gave me a ton of samples.  I was really shocked as it's the first time I've had a non-pushy sales person at the beauty department at Barney's - usually they're incredibly aggressive, but Judy was great.  So keep that in mind if you're in the vicinity.  :) 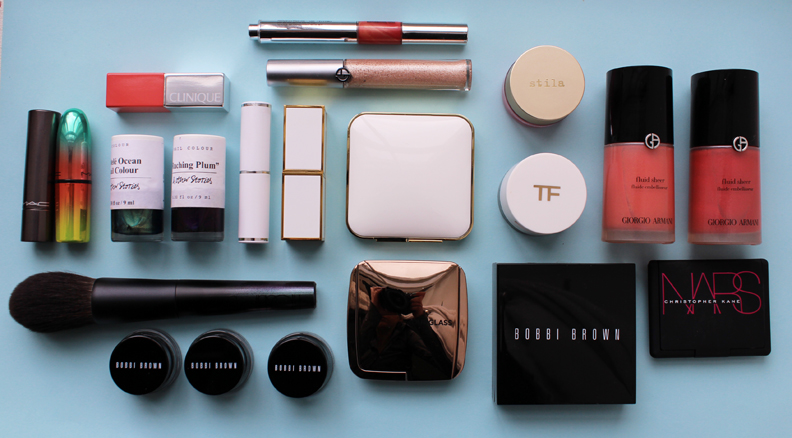 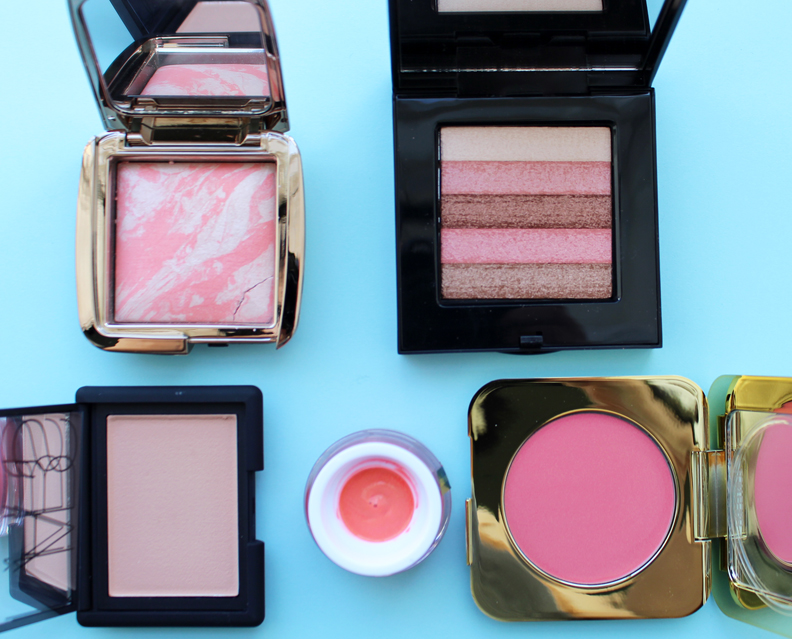 Here's the lip stuff.  Clockwise from top:  Tom Ford Skinny Dip (goes beautifully with the Pink Sand blush), Clinique Melon Pop, MAC Tumble Dry, Becca Beach Tint Lip Shimmer Soufflé in Watermelon/Opal (love this with the Stila Shimmering Lotus) MAC Fashion Force, and Lancôme Shine Lover #140 Corail Lover.  Overall I'm pleased with these, but not wild about MAC Fashion Force and the Lancôme Corail Lover.  They looked very different when I swatched them in store.  When I got them home, they were just meh. 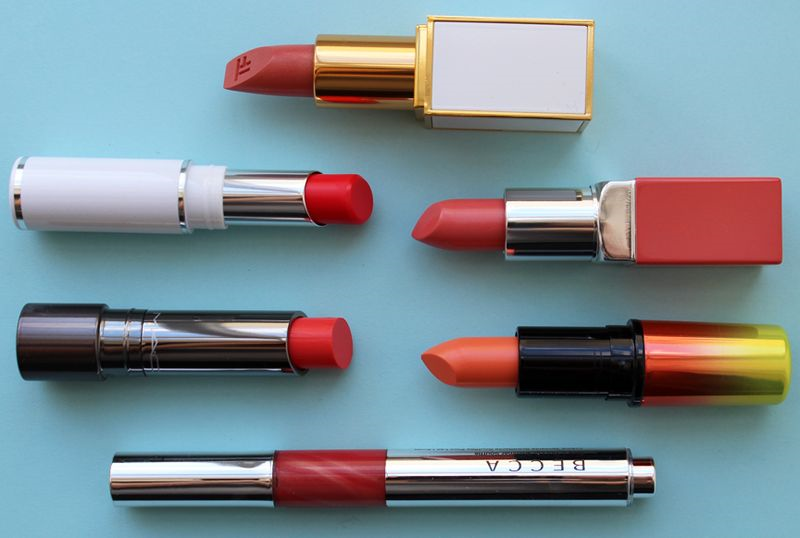 I was over the moon when I saw that Bobbi Brown was re-releasing some old gel eye liner shades.  Bronze Shimmer remains one of my top 5 favorite liners ever.  I also picked up a replacement for my old Ivy Shimmer, which was pretty dried out, and Gunmetal, which I didn't own previously. 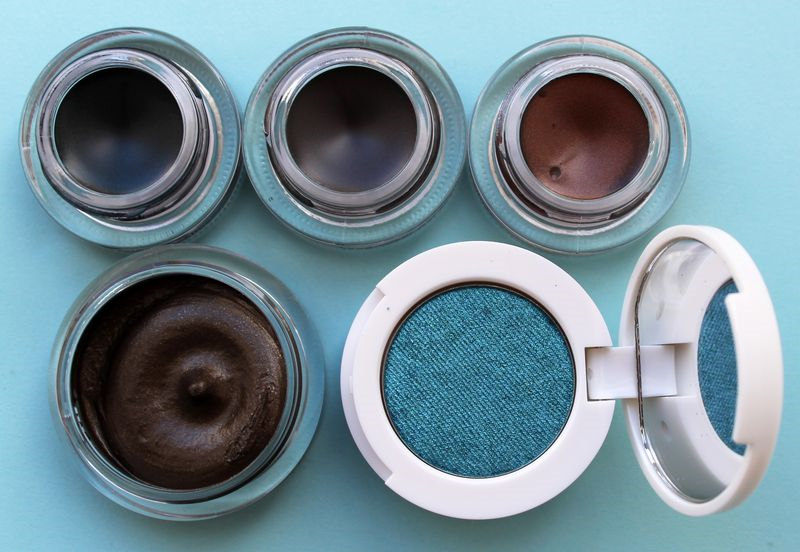 Oddly enough, the new Ivy Shimmer looks considerably darker than the original version.  I'll have to swatch them to see if there's a noticeable difference. 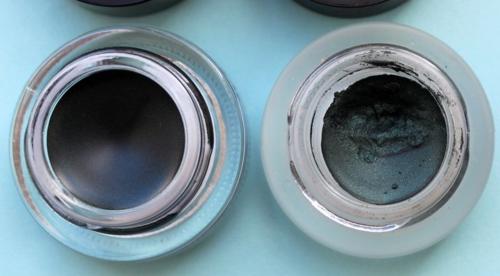 We were wandering about Soho when I spotted & Other Stories, which I had heard of previously but had totally forgotten that there was a location in New York. 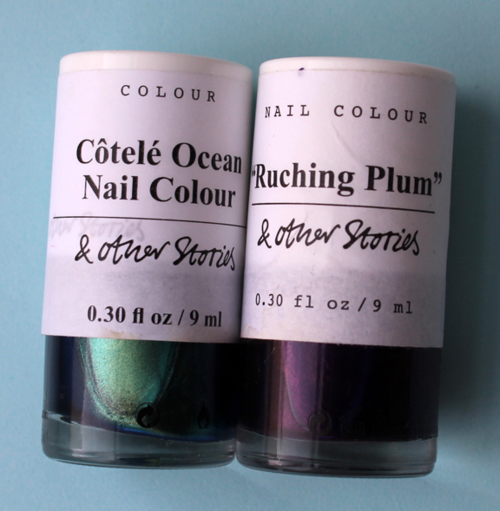 I love Philosophy's Iced Mint Lemonade - it's not overly citrusy, minty or sweet, just a perfect mild lemon scent.  I actually picked up a second tub of the body butter!  I went a bit crazy at & Other Stories, they had tons of really lovely scents but I limited myself to Punk Bouquet (very unique and of course I fell for the name) and Lemon Daydream, which reminds me a little of Fresh Hesperides. 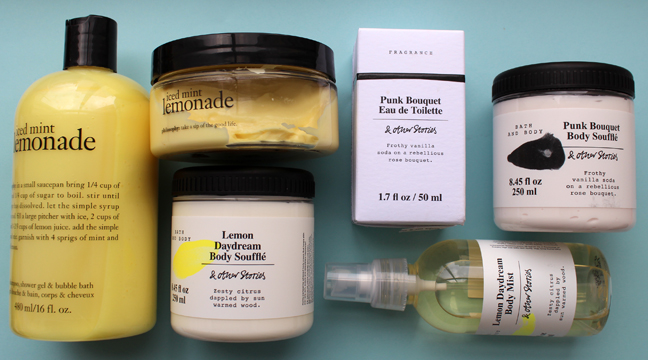 And now for some non-makeup goodies.  Another Barney's find was this shell necklace on a massive sale - so perfectly mermaidy!  Sailor Babo insisted on modeling it. 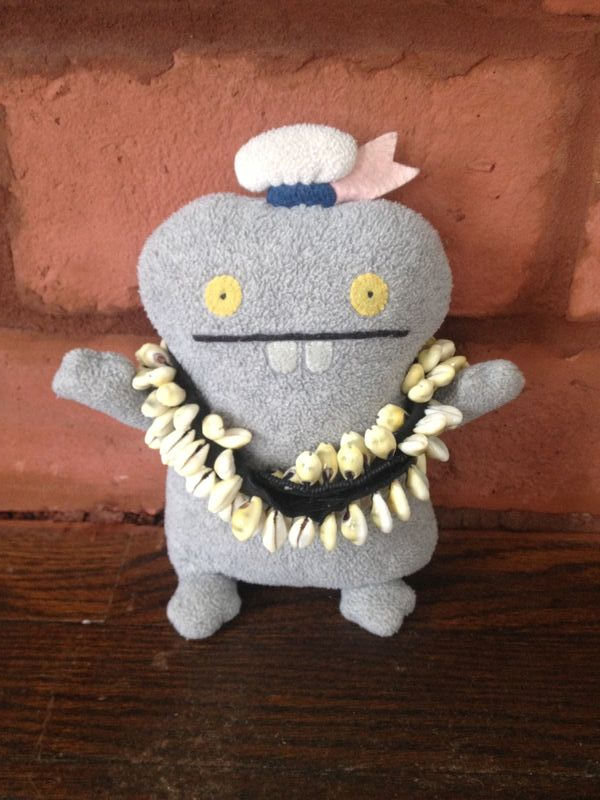 Then we went to the Anthropologie store in Soho.  We have several Anthro stores in Baltimore but the one in Soho is much bigger than the ones around here, so I thought I'd take a look around.  When I saw this shirt I knew I couldn't leave the store without it!  I mean, really, is there anything more perfect for a beauty junkie?  It fits me well but obviously it looks way better on Seasick Sailor Babo. 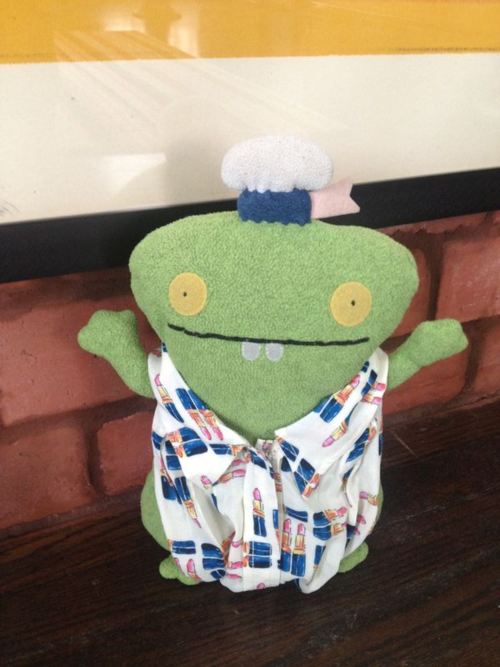 They look very pleased with themselves, no? 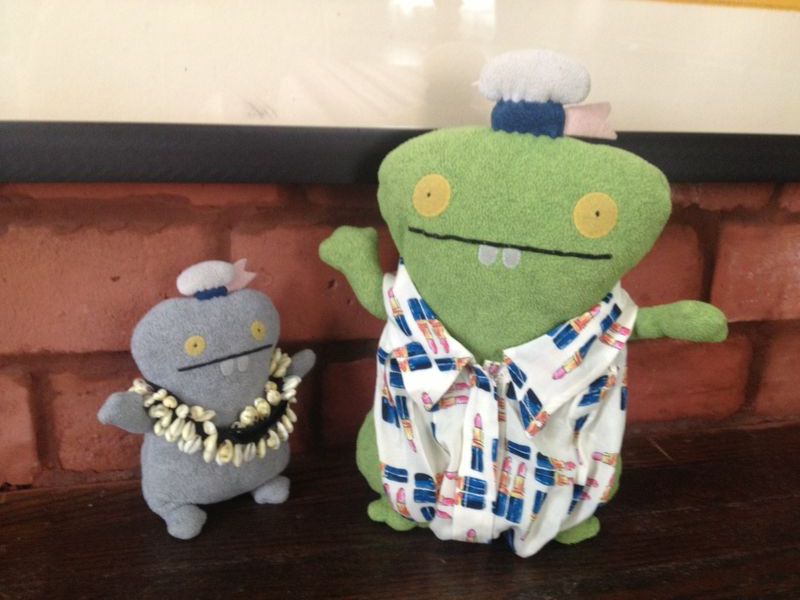 What did you haul this summer?  And if you have any questions about specific products I mentioned in this post, leave them in the comments...I know I didn't do in-depth reviews but I have tried everything out so I can provide additional info.  :)