Makeup as Muse: a cycle of destruction, but also rebirth?

I have a simultaneously inspiring and saddening Makeup as Muse to share with you today. First, I'll focus on the artwork itself.  The city of Donetsk in Ukraine was almost completely destroyed by the German invasion during World War II.  But after the war, the city underwent a great renaissance thanks in large part to the women who went to work in Donetsk's newly created factories.  In 2012, nonprofit arts group Izolyatsia commissioned a public artwork to honor these women and chose Cameroonian artist Pascale Marthine Tayou to create the piece.  Inspired by Claes Oldenburg's giant lipstick sculpture, Tayou produced an oversized lipstick tube, appropriately titled Make Up! to crown one of the city's industrial smokestacks and pay homage to the women who helped rebuild the city after the war.  She explains, "I noticed that, thanks to the courage of the Ukrainian women, Donetsk rose from the ashes after the war and wanted to make some of their own symbols of love and hope, because, from my personal point of view, Donetsk - is not only a city of mines and metal. It is also an island of dreams, ready to share its hidden treasures." What better way to express this sentiment than lipstick? 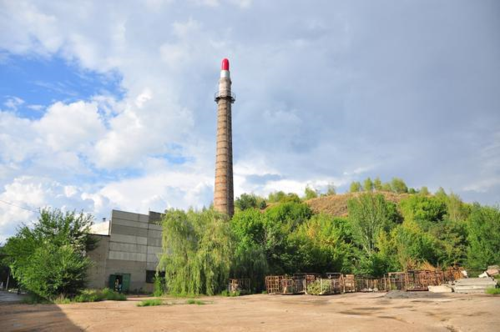 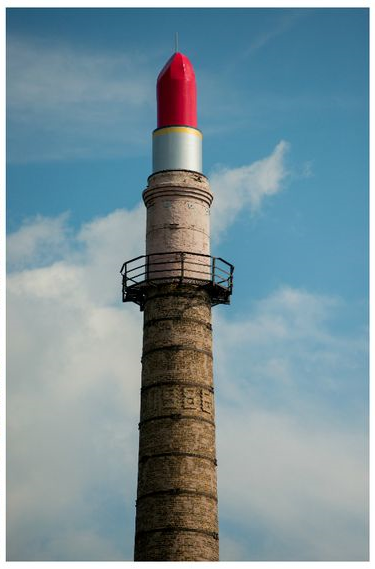 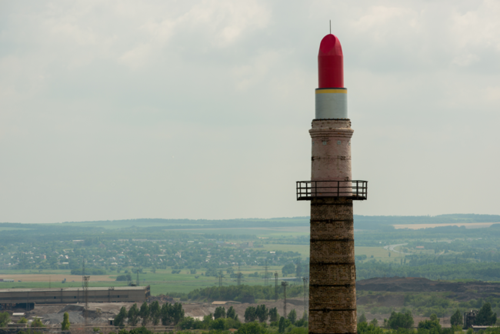 Now here's the sad part.  In early June, Russian separatists from the Donetsk People's Republic (DPR) blew up the sculpture, as shown in a video that surfaced on June 24. 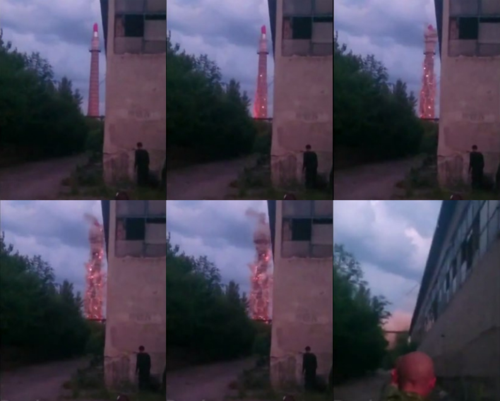 This was not a random attack.  Roughly a year prior to the destruction of Make Up!, DPR took over Izolyatsia's exhibition space and foundation.  A DPR leader stated, "We had no choice but to occupy it, because the art, which they spread, was not an art at all. On the territory of Donetsk Republic this kind of art will be punished." Another official noted in an interview, "Considering what kind of art they have shown here, this center had to be seized...this is not art and it cannot be art. These people are sick, and they have demonstrated this art to other sick people...this has nothing to do with anything lofty or sublime, with anything Slavic. These people hate everything Slavic, everything Russian...they’ve brainwashed our youth with this pornography. Our youth, instead of growing, marrying, getting children and getting jobs, they degrade...here our population here hasn’t grown, but started dying out.”  The "pornography" that the official was referring to was a book of photographs that contained nude portraits.  Additionally, according to Hyperallergic, Izolyatsia also "earned the group’s ire by resisting the xenophobic nationalism that increased in Donetsk after the fall of the Soviet Union and promoting provocative international art — being an 'agent for change,' as Izolyatsia founder Luba Michailova told Hyperallergic last year."

Izolyatsia's entire space - offices, galleries, bookstore, library - was looted and is currently used as, among other things, a prison, training ground for militants, and *shudder* a place for executions.  Izolyatsia was forced to leave behind much of the art.  Most of what remained has been destroyed, in some cases used for target practice or sold for scrap metal.

I'm still holding out for a happy ending to this.  The city was nearly obliterated during World War II but was later revitalized.  Maybe a similar renewal can happen after this latest attack.  The cycle has been destroy, rebuild, destroy...so the natural next step is to rebuild again, right?  It's just wishful thinking on my part, I suppose, but I have hope that Donetsk will reclaim its art someday.